Thunder From Down Under: Former UVA Star Powers Into Australian Open Semis 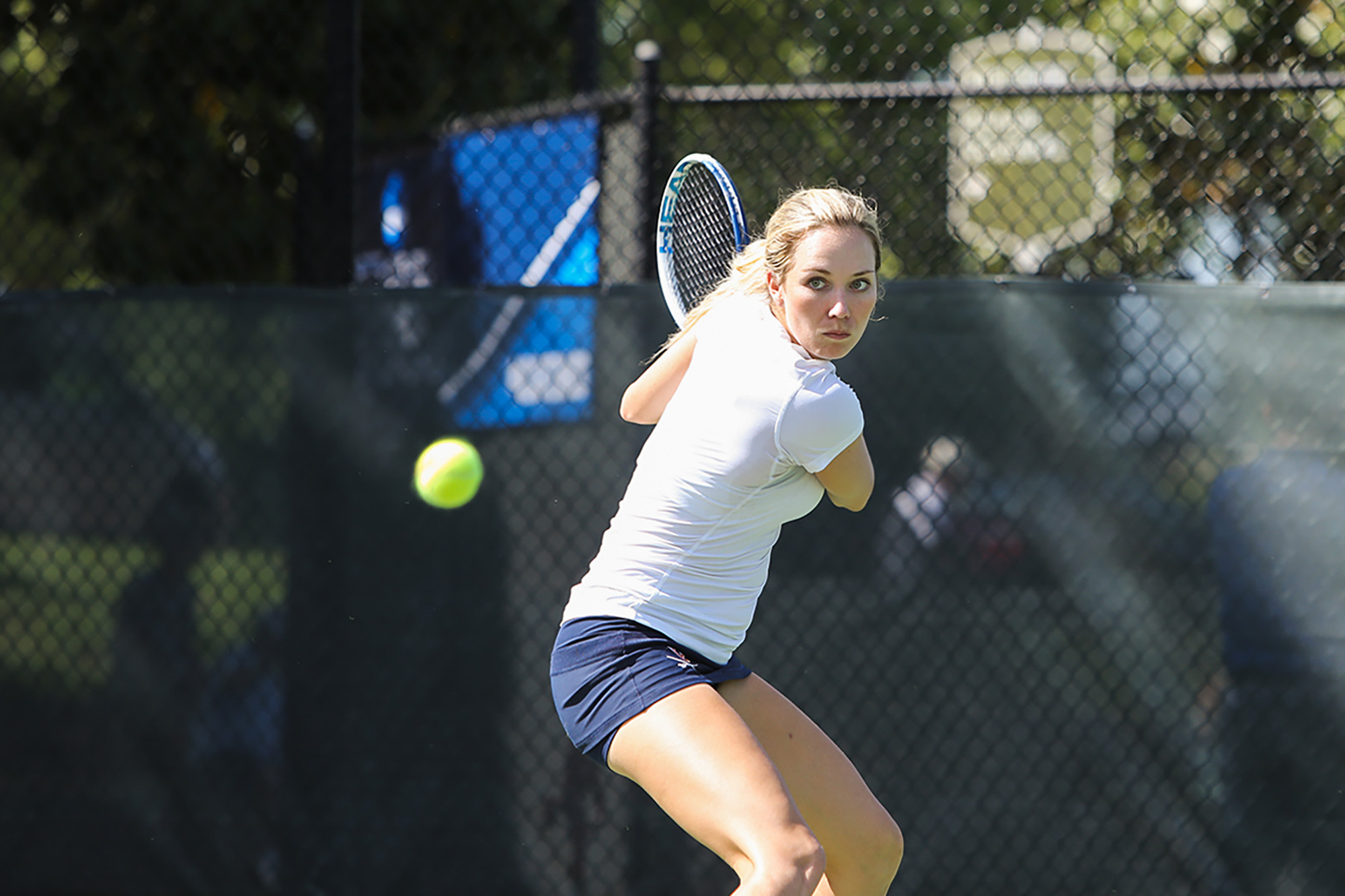 At this very moment, Danielle Collins is the highest-ranked American tennis player in the world. (Photo courtesy UVA Athletics)

Editor’s Note: Overnight, Collins defeated Świątek, 6-4, 6-1, to move into Saturday’s finals against Australian Ashleigh Barty, the No. 1 ranked player in the world.

hen Danielle Collins was at the University of Virginia, it was obvious she had great talent – especially after she won two NCAA individual titles within a three-year span.

But there weren’t many, if any, tennis pundits predicting that she would one day win a Grand Slam singles event.

The fact that the 28-year-old Florida native is now just two wins away from doing so at the Australian Open is a testament to her hard work, relentless attitude and the coaching she received during her time at UVA.

Collins – who moved into Thursday’s semifinals with a 7-5, 6-1 win over Alizé Cornet of France – is currently No. 14 in the Women’s Tennis Association’s live rankings.

If that ranking holds when the numbers are officially updated after the tournament, that will be the highest of any American player, male or female, in the world, and the highest-ever of any former UVA player.

Collins’ previous career-high ranking was No. 23, which she reached after the 2019 Australian Open. That year, she lost in the semifinals to Petra Kvitová of the Czech Republic.

What has made Collins’ success all the more remarkable is that she has achieved it while battling rheumatoid arthritis, an autoimmune disease that causes painful swelling in the joints; and endometriosis, an equally excruciating condition in which tissue similar to that which lines the uterus grows outside of it.

Collins underwent surgery for the endometriosis last year that included removing a tennis ball-sized cyst from her uterus, and told media in Melbourne this week she has been feeling infinitely better ever since.

“Before my surgery and before I was on the proper medication, I was always having to adjust my training around my cycle, because of how painful my periods were,” Collins told The Guardian earlier this week. “And now with things being more consistent, I’m able to train more consistently and not have to have such drastic changes, especially the week of my cycle.”

Collins needed to be in top shape on Sunday night in a grueling, come-from-behind, fourth-round win that took three hours in a scorching heat with tricky winds.

In the win over Cornet in Tuesday’s quarterfinals, Collins had a 90%-win percentage on her first serve.

On Thursday night, the 27th-seeded Collins will face the seventh-seeded Iga Świątek of Poland in the semifinals. The winner of that match will take on the winner of the one between top-seeded Ashleigh Barty, an Australian, and American Madison Keys in Saturday’s championship.

When Less Is More: How Harnessing the Power of Subtraction Can Add to Life END_OF_DOCUMENT_TOKEN_TO_BE_REPLACED