Toddlers to Teens: Curry School Research Parents Can Use 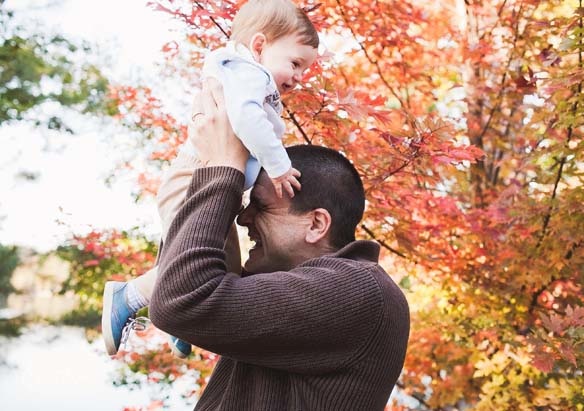 Faculty and education scientists at the University of Virginia’s Curry School of Education conduct studies on the academic, emotional, social and physical wellbeing of kids across the span of childhood. Here are some samples of their recent findings – from toddlers to young adults – and their implications for parents.

Toddlers’ cognitive skill development – memory, problem solving and language skills – is sensitive to the quality of childcare they receive, regardless of whether care was home- or center-based. Toddlers in low-quality care settings show lower cognitive skills gains compared to toddlers who stay at home with their parents or toddlers in higher quality settings.

The characteristics of high-quality care that promote toddlers’ cognitive development include safe settings where children are provided with rich play environments and reciprocal interactions with caregivers that encourage exploration and learning. Using these parameters, in general, center-based care is more often of higher quality than home-based daycare for toddlers.

Quality rating and improvement systems, or QRIS, in most states combine ratings of preschool care with infant/toddler care, but high-quality care for infants and toddlers is more resource intensive and, thus, more difficult to provide. Separate ratings might present a more accurate picture and be more helpful to parents making daycare decisions.

Kindergarteners’ knowledge of letter names is one of the strongest predictors of future reading ability. When working with your young children on alphabet learning, be sure to include lots of focus on the lowercase letters in addition to the uppercase. After all, lowercase letters appear 17 times more often in texts than uppercase letters do.

For early learners, not all lowercase letters are created equal. The most familiar lowercase letters for kids are usually those in their name. They also can more easily recognize lowercase letters that are smaller versions of the uppercase letter (like x, s and o). Many of the rest are much harder, and parents or teachers should spend extra time helping kids perceive visual differences between letters, especially similar ones like b and d or p and q.

There’s no need to go through the alphabet one letter at a time in order. Play games with your youngster to compare and contrast at least two lowercase letters noting their distinctive features. Let kids categorize letters as “same” and “different” and ask for their reasoning process. You can even discuss the appearance of letters like “a” in printed type versus handwriting.

It’s never too early to start working with your beginning readers on vocabulary expansion. With a little advance preparation, you can integrate a few evidence-based, yet fun activities into your shared storybook time.

Find books a bit beyond your child’s independent reading ability with appealing pictures and engaging stories. (You might consider “Bear Wants More,” by Karma Wilson, for example.) Discuss the meaning of less familiar words in the context of the story – defining it with words the child understands, of course – but don’t stop there. Find some pictures where you can show examples of a target word as well as some non-examples. Kids can give a thumb’s up or down response then share their reasoning.

You can also show a picture of the target word and relate it to a personal memory. Then ask your child to share a memory related to the picture. The conversation might go something like this for the target word scamper:

“The puppies in this picture are animals that scamper, or walk quickly and lightly. This picture reminds me of a puppy in our neighborhood. He scampers in his yard all day. Tell me about an animal you know that scampers.”

Both of these conversations can be adapted for use with puppets, too.

Rather than leaving children to grow vocabulary incidentally, you can encourage them to use and interact with new words in multiple ways and help build a strong foundation for later reading comprehension.

Maintain a healthy skepticism about popular computer-based training programs designed to improve behavior or academic performance in children with attention deficit hyperactivity disorder, or ADHD. They are unlikely to improve ADHD symptoms or behavior, academic achievement or the cognitive functions they claim to target.

Many of these programs are intended to target working memory, which plays a key role in children’s learning, and affects reading, math performance, writing and note taking, interpreting social cues and preventing minds from wandering. However, many of the interventions that claim to improve working memory actually train short-term memory instead.

For now, the only effective treatments for ADHD are medication and behavioral interventions.

(The Curry School has a new Children’s Learning Clinic, where researchers are working to develop interventions for children with ADHD that focus on their strengths and not only their difficulties.)

If your young teen is hanging out with friends who have accepting attitudes toward early sexual behavior (that is, before age 16), your best bet may be to avoid being psychologically over-controlling yourself. A recent study revealed that both parents and peers play important roles in adolescents’ sexual decision making. Yet parents who avoid using guilt, anxiety, shame, withdrawal of their love or other psychologically controlling tactics can counteract negative peer influence – in this area at least.

Researchers suggest that psychologically controlling behavior by parents can deter teens from communicating with parents or turning to them for support. It may also undermine the development of the autonomy teens are striving for and need in order to transition effectively into adulthood.

The one exception is boys with over-controlling fathers. They are more likely to engage in early sexual behavior at higher rates regardless of what their peers think.

Later Adolescence: Talk about Taking STEM Courses and Why

Parents can play a critical role in promoting teen motivation to prepare for and aspire to careers in the so-called STEM fields of science, technology, engineering or mathematics. High school course choices have significant implications for academic and career trajectories, and sometimes adolescents need an extra boost of motivation to take courses that will best prepare them for their future.

Because they have intimate knowledge of their teen’s history and interests, parents are uniquely qualified to help them appreciate the relevance of these subjects to their lives.

It may be hard to convince teens that they will enjoy an advanced math class, but you may have success by helping your teen perceive the utility of a course: “This course will be very useful for a career in engineering,” or “You’ll probably need this course to get into the university you’re interested in,” or “The material in this course will be really helpful for when you take over the family farm.”

You might be surprised to learn that these kinds of conversations were successful, according to a recent study. Some parents were given information about how math and science classes are relevant to their teens’ futures. These parents were encouraged to have conversations with their teens and help them discover how math and science might be relevant to their current lives and future interests. As a result, their teens reported seeing more utility value in STEM courses than did their peers whose parents were not given the materials. More significantly, these students took, on average, nearly one more semester of science and math courses in the last two years of high school compared with a control group.

Early Adulthood: The Effects of an Earlier Balancing Act

Some issues faced by young adults can be correlated with challenges they faced as teenagers.

Teens face a tough balancing act with their peers. They need to establish strong, positive connections with peers, while at the same time establishing independence in resisting deviant peer influences, like heavy drinking. Success in each of these tasks as an adolescent may also come with distinct and, to some extent opposing, costs in early adulthood.

Most strikingly, adolescents’ success in establishing themselves as desirable companions with peers is correlated with higher levels of alcohol use in early adulthood.

Teens who have learned to “go their own way” with respect to peer influences may find that they then connect somewhat less easily with peers.

On the other hand, teens who have learned to “go their own way” with respect to peer influences may find that they then connect somewhat less easily with peers – at least in the early adult years immediately following adolescence. More specifically, lack of willingness to engage in minor deviant behavior in early adulthood might at times stand between early adults and their close friends.

Teaching teens how to stand up for themselves in ways that preserve and deepen relationships – to become their own persons, while still connecting to others – is a core task of social development that parents, teachers and others can all work to promote. There is a positive pathway through the peer jungle of early adolescence, but it is a tricky one for many teens to find and traverse.

This article is in the current issue of the Curry Magazine.

Meet the New Cavalier on Horseback: She’s Eager To ‘Carry On a Legacy’ END_OF_DOCUMENT_TOKEN_TO_BE_REPLACED

Housing Changes Are a Breath of Fresh, Cool Air – Especially for Lawnies END_OF_DOCUMENT_TOKEN_TO_BE_REPLACED

Virginia Football – For All Virginia END_OF_DOCUMENT_TOKEN_TO_BE_REPLACED