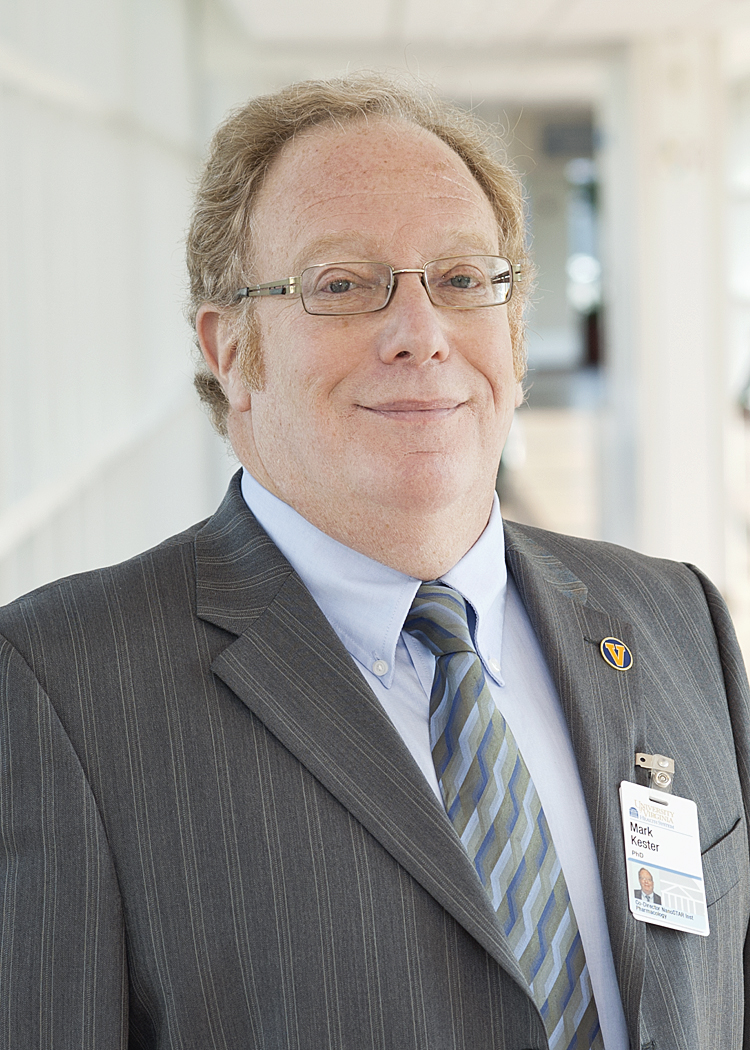 Mark Kester will serve as co-director of U.Va.&amp;#39;s Institute for Nanoscale and Quantum Scientific and Technological Advanced Research, or nanoSTAR.

Recognizing the potential of microscopic nanotechnology to revolutionize the field of medicine, the University of Virginia has recruited one of the nation’s top experts to serve as co-director of the Institute for Nanoscale and Quantum Scientific and Technological Advanced Research, or nanoSTAR.

In his new role, Mark Kester will seek to foster cutting-edge interdisciplinary research at U.Va. that will produce important medical breakthroughs and transform how medicine is practiced in the 21st century.

Kester’s hiring will bolster the School of Medicine’s involvement in nanoSTAR, a pioneering program that brings together researchers from across the University, including the School of Engineering and Applied Science, the Curry School of Education, the Darden School of Business and the College and Graduate School of Arts & Sciences. Stu Wolf, director of nanoSTAR and a professor of materials science and engineering, said Kester’s arrival will advance the group’s mission of using nanotechnology to accomplish the previously impossible.

“As the new co-director of nanoSTAR, Dr. Mark Kester brings a key new dimension to our institute,” Wolf said. “His connection to nano-medicine and the Medical School will enable nanoSTAR to move forward on many new fronts of great importance to nanoscience, nanotechnology and of course U.Va.”

Kester’s work focuses on the use of nanotechnologies to deliver drugs for cancer treatment. By coating microscopic amounts of drugs or molecular agents in nontoxic wrappers, treatments that would otherwise be harmful or deadly to a patient can be administered – and directed to just where they’re needed.

“Nanos allow us to protect and package the therapeutic and deliver it stealthily,” Kester said. “Basically, I design FedEx trucks. They’re designed to deliver on time, all the time, to the tumor.”

Kester comes to U.Va. from the Penn State Hershey College of Medicine, where he was the G. Thomas Passananti Professor of Pharmacology and the inaugural director of the Penn State Center for NanoMedicine and Materials. He has founded several companies devoted to the development of what he calls “nanoSolutions.” He’s also co-author of the lauded “Integrated Pharmacology” textbook.

In his new role at nanoSTAR, Kester said, he aims to expand the research interactions between engineers and scientists, while also fostering collaborations with the College, Darden, the Curry School and the School of Law. These collaborations would explore the many ethical, legal, commercial and intellectual issues associated with nanotechnology. He also intends to enhance the role of nanotechnology applications in the School of Medicine’s curriculum.

In addition to his role with nanoSTAR, Kester will serve as a professor of pharmacology at the School of Medicine.

At UVA, There Is a Club for Everyone END_OF_DOCUMENT_TOKEN_TO_BE_REPLACED