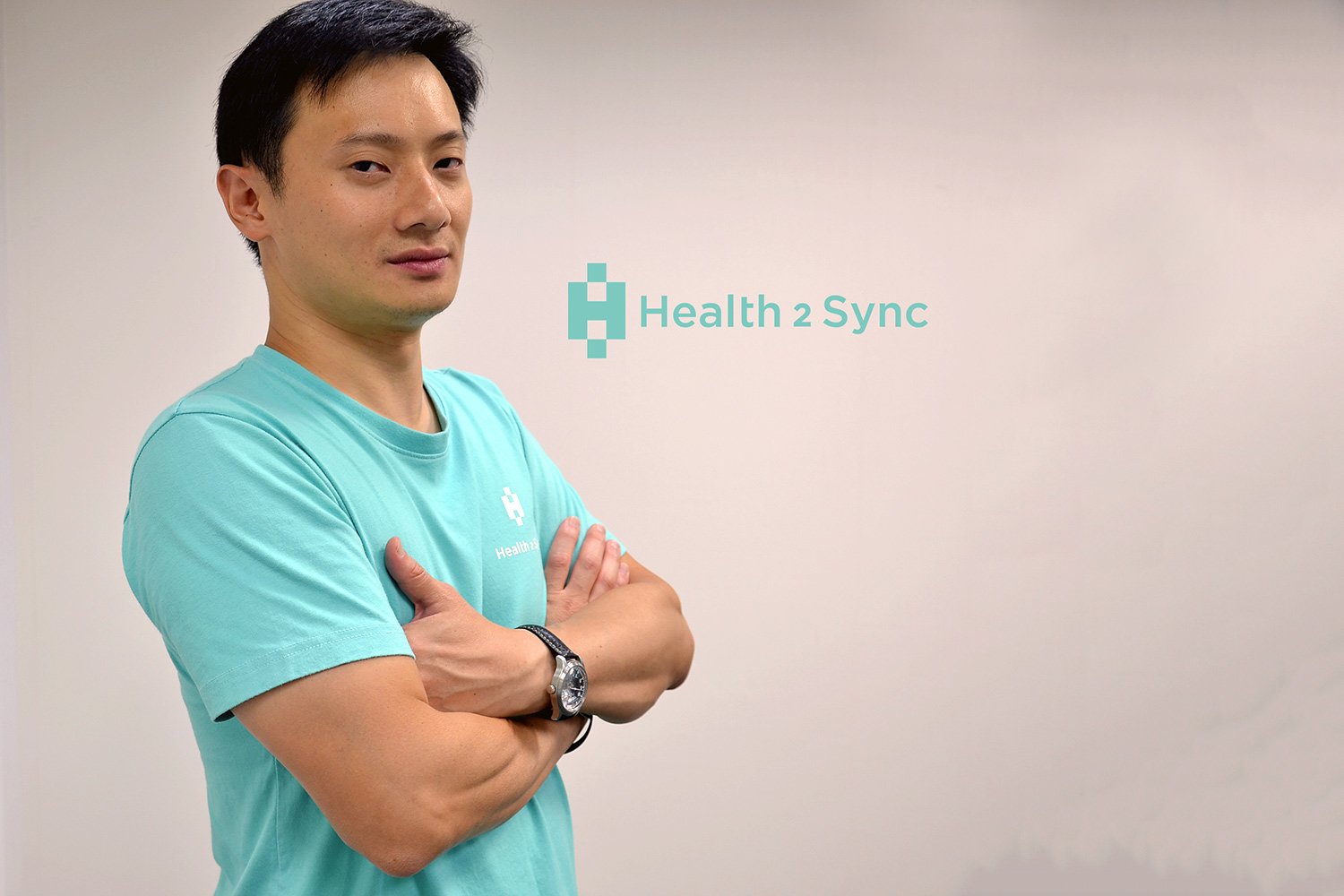 Like many good ideas, the idea behind Ed Deng’s diabetes management app began at home.

The University of Virginia alumnus, who graduated in 2000 and now lives in Taiwan, has watched his parents and grandparents painstakingly navigate the daily challenges that come with Type II diabetes, knowing that he, too, is at risk for the disease. He saw firsthand how important it is for patients to track their illness throughout each day and how cumbersome and inefficient that monitoring process could be.

“My grandmother, who is 86, measures her blood sugar every day. Based on that data, she and my aunt and uncle control what she eats,” Deng said. “That told me that those with data and proper knowledge could avoid complications and live longer.”

Deng also knew that his family was far from alone. More than 422 million people worldwide suffer from diabetes, and more than half of those patients are Asian. As those numbers grow, there is also a growing shortage of diabetes educators and other caregivers who can provide patients with daily and weekly feedback between doctor visits.

“That is scary – and at the same time, an opportunity,” Deng said. “I realized that a cloud-based solution, along with a mobile app, could help alleviate that shortage and provide more real-time feedback that patients are lacking.”

Deng was well-equipped to create that solution. Growing up in a family of physicians – his father and brother each attended UVA’s School of Medicine – he was familiar with the medical industry. His own studies at UVA’s McIntire School of Commerce led to a career in Lehman Brothers’ Silicon Valley office, where he was involved with several companies developing mobile technology.

In 2013, he used those skills to found H2 Inc. and launch a free Health2Sync mobile app for diabetes management. The company grew steadily, and this summer earned its biggest coup to date, when China’s largest e-commerce company, Alibaba, decided to invest millions in the service.

“That investment definitely generated a lot of buzz,” Deng said.

To use the app, patients either use H2’s proprietary smart cable to automatically transfer data from their glucometer to their phone or enter data manually. The app analyzes the data to identify trends, provide feedback and instantly generate easy-to-read graphs mapping glucose levels over days, weeks and months. Patients can log additional data, such as blood pressure, food, meal times, medication, exercise or insulin injections, to see how those variables affect their blood sugar levels. 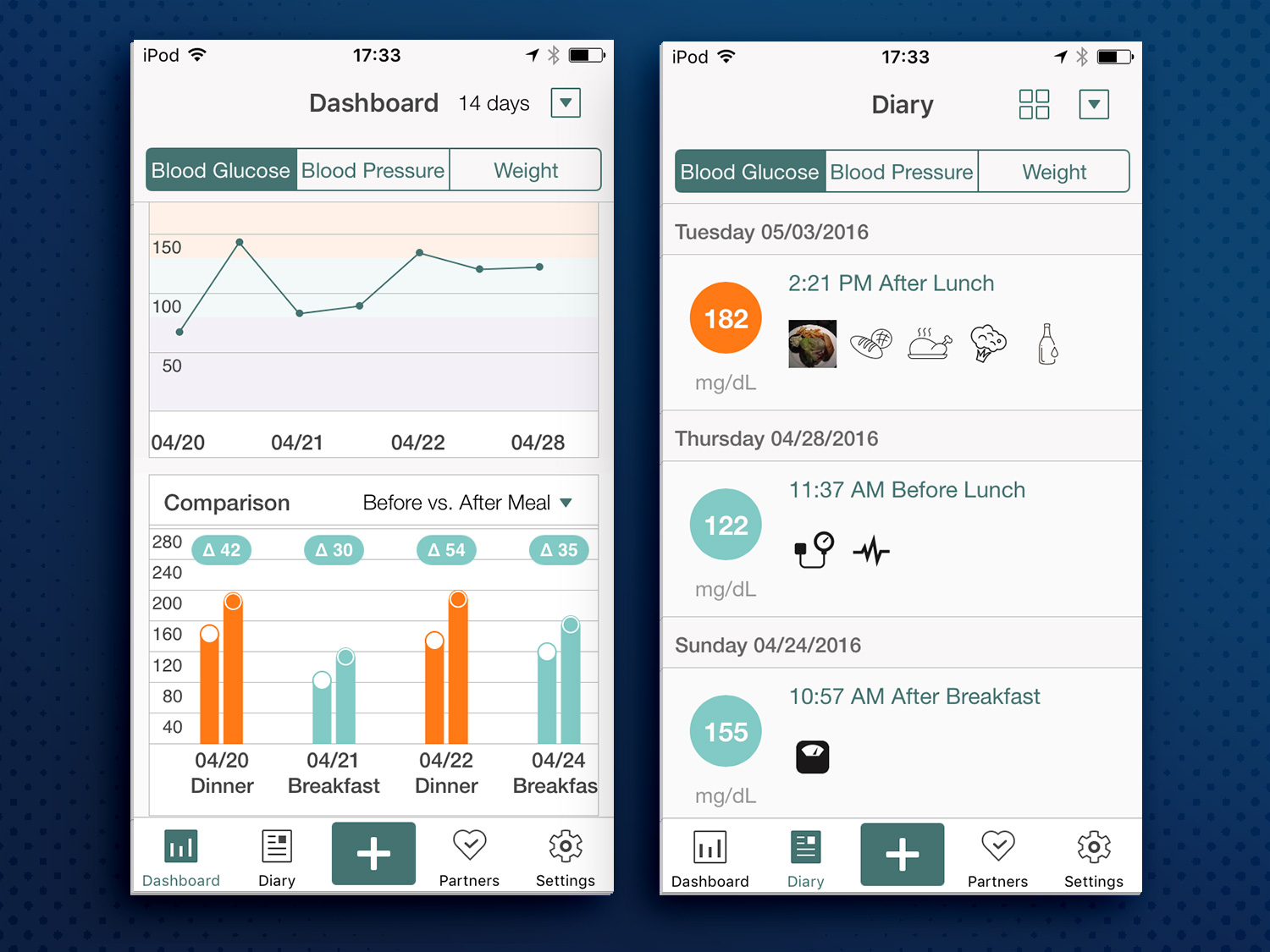 The app also allows patients to share their information with partners, such as family members, caregivers and physicians. Those partners can receive alerts or updates regarding a patient’s condition and can share reminders or suggestions through the app’s messaging feature.

Since its launch, Health2Sync has garnered more than 12,000 weekly active users, 80 hospital and clinic partners and consistent four- and five-star reviews on both Apple and Android platforms. Reviewers praise the app for helping them understand trends in their health, organize past data, sync data with multiple devices and provide detailed records for physicians and caregivers. Physicians have also been impressed, saying that the app improves efficiency, allows them to cover more patients and builds patient loyalty. Eighteen months after launching the service, Health2Sync now has enough data to demonstrate the service’s clinical efficacy and begin to expand into other countries in Asia.

“Patients are telling us that the app has really helped them lower and control their blood sugar, understand why their data trends a certain way and decrease incidents,” Deng said. “Hearing that has just been awesome.”

Deng hopes that Alibaba’s involvement will help H2 grow its presence in China, where there were 109 million cases of diabetes in 2015. He is also hoping to expand into Asia’s health insurance market with products that increase options for diabetics, who often have trouble finding adequate insurance coverage.

“Even in certain Asian countries where national health coverage is provided, resources at some point will just not be able to cover the cost of managing chronic diseases,” Deng said. “They will have to open up to innovative solutions in the private sector.”

Deng believes that technology and data management will play a key role in those solutions.

“Technology allows better data collection and patient engagement, which means risks can be controlled and insurance companies could be willing to offer new products for diabetes patients,” Deng said. “One of our next steps is to develop these innovative solutions with private insurance providers.”

In addition to lowering insurance costs, using data and technology to better manage chronic illnesses could also help control rising health care costs, a major problem in many Asian countries as well as in the U.S. In Taiwan alone, the government spends $1.5 billion annually to care for patients on dialysis, a typical treatment for kidney failure. Roughly 45 percent of those patients, Deng said, developed kidney problems after complications from diabetes.

“If there is a better way to manager blood sugar, those complications could either be delayed or prevented,” Deng said. “Socially, controlling diabetes means not only improved outcomes for patients, but also significant reductions in cost from complications.”

It’s Copperhead Season in Virginia. Here Is What You Need to Know END_OF_DOCUMENT_TOKEN_TO_BE_REPLACED

What’s Next for UVA’s Class of 2022? END_OF_DOCUMENT_TOKEN_TO_BE_REPLACED