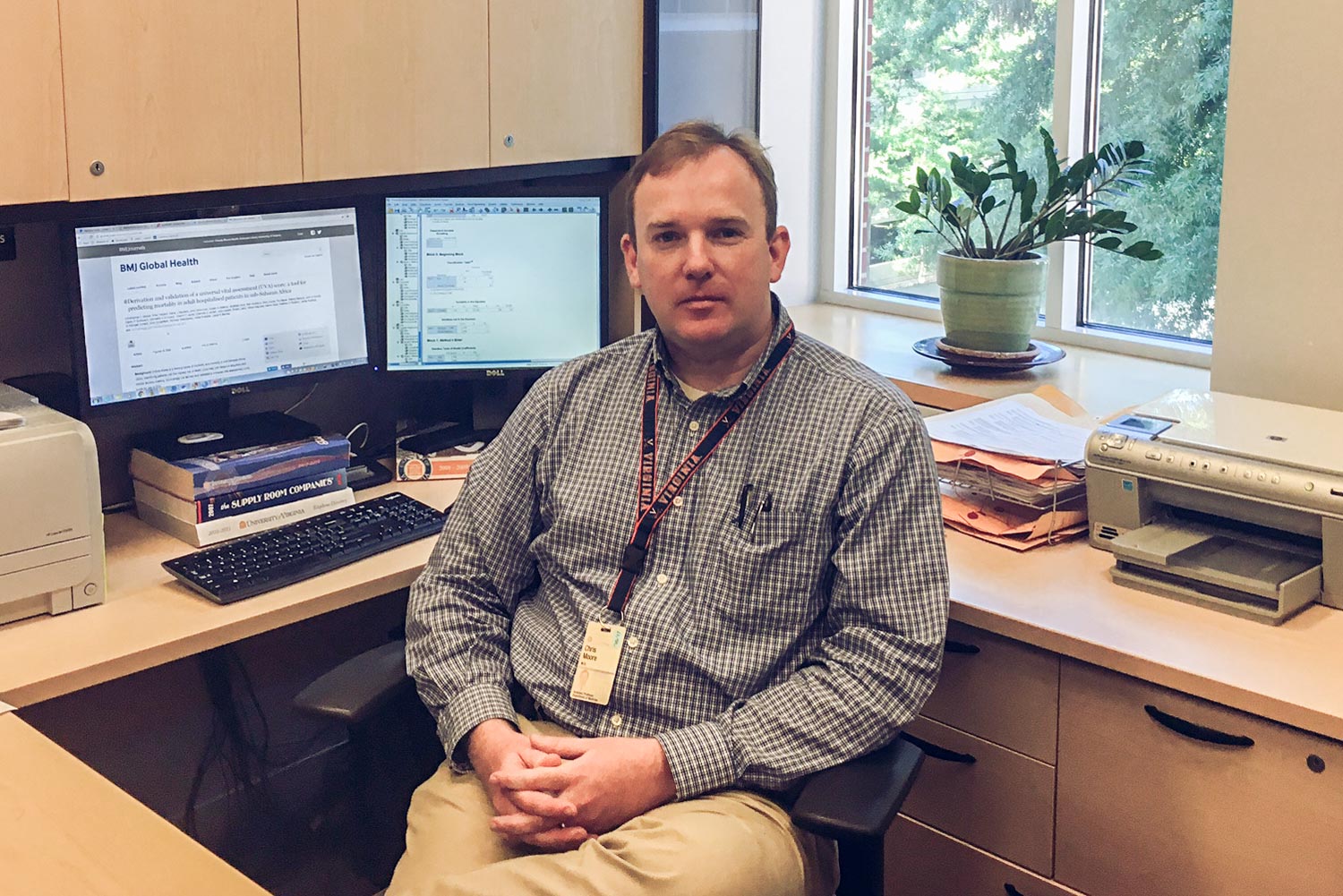 In situations where medical resources are most limited, doctors are often forced to make life-or-death decisions with very little information and very little time. But now an international team of researchers has developed a simple way for health care providers to quickly identify and prioritize patients at the greatest risk of death.

The new triage tool uses a scoring system that calculates risk based on patients’ vital signs – information doctors can access without advanced medical equipment. The resulting “universal vital assessment score,” or UVA score, then indicates whether the patient is at low, medium or high risk.

The researchers say the UVA score should be useful both for assessing patients when they arrive at the hospital in resource-limited areas and as a way to identify deteriorating conditions among those already admitted. It can also be useful for standardizing the mortality risk of patients enrolled in clinical crials.

“Resource-limited settings such as most of sub-Saharan Africa shoulder the highest burden of critical illness,” said researcher Dr. Christopher C. Moore of the University of Virginia School of Medicine’s Division of Infectious Diseases and International Health. “For example, it is estimated that there are 1.2 [million] to 2.2 million cases of sepsis and 6.5 million deaths due to infection annually in sub-Saharan Africa. Identification of patients at the highest risk for poor outcomes is important in order to provide them with early interventions that can improve survival.

The researchers developed the tool by analyzing data from more than 5,500 patients in six African countries – Gabon, Malawi, Sierra Leone, Tanzania, Uganda and Zambia – where medical resources are often minimal. The tool looks at six clinical variables, such as the patient’s temperature and heart rate, and whether they have HIV infection.

The researchers noted that the tool also worked well for patients suspected of having an infection, suggesting it may be useful for identifying patients with sepsis, a frequently deadly condition in which an infection has spread throughout the body.

“The next step in this research is to pair the UVA score with diagnostic and therapeutic interventions,” Moore said. “Patients with low UVA scores are likely to do well receiving the local standard of care. However, patients at medium to high risk may benefit from more frequent clinical evaluations and additional testing, such as blood cultures or other diagnostics. This is an active area of our research.”

The researchers have shared their new tool in the scientific journal BMJ Global Health. The article can be read for free.

The work was supported by the UVA Center for Global Health, the National Institutes of Health, UVA’s Pfizer Initiative in International Health and a UVA undergraduate Harrison Research Award to Riley Hazard under the supervision of Moore and Barnes.

Class of 2020: Memories and Moments From a Long-Anticipated Celebration END_OF_DOCUMENT_TOKEN_TO_BE_REPLACED