The Troubling Side Effects of Smartphones 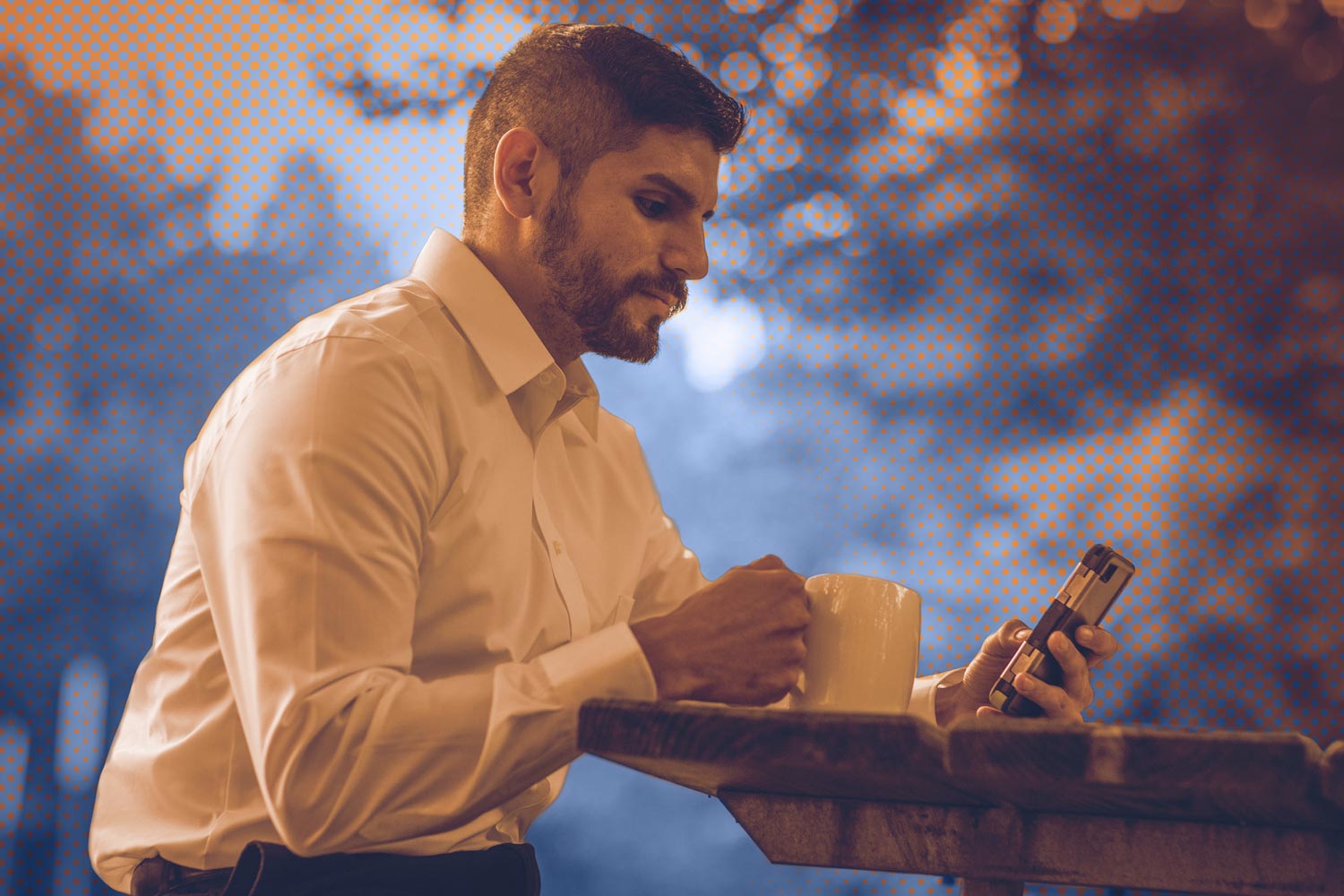 That smartphone may give you handheld access to a world’s worth of information, but it can damage human relationships, according to multiple UVA studies. (Photo illustration by Alexandra Angelic, University Communications)

If you are reading this on your smartphone, we have some bad news for you.

That thing in your hand, designed to bring humanity closer together, is in many respects doing the exact opposite: Smartphones are driving fissures into human relationships.

You may suspect this instinctively, but we’ve got the hard research to back it up.

For the last several years Kostadin Kushlev, a psychology research scientist at the University of Virginia, has been dissecting the effects of smartphones on society through rigorous research published in peer-reviewed journals. His findings are alarming. The devices create ADHD-like symptoms in users, diminish happiness in social settings, erode trust between strangers and harm connections between parents and their children.

Kushlev worked with colleagues at the University of British Columbia in all of this research. For this particular inquiry, Kushlev wanted to see how people’s attention was affected by the constant flow of information to their phones. “With the internet in their pockets, people today are bombarded with notifications – whether from email, text messaging, social media or news apps – anywhere they go,” he said.

“We found the first experimental evidence that smartphone interruptions can cause greater inattention and hyperactivity – symptoms of attention deficit-hyperactivity disorder – even in people drawn from a nonclinical population,” Kushlev said.

Breaking bread together has long been a way for people to connect. Kushlev and his partners decided the dinner table was the perfect place to study how face-to-face interactions are affected when smartphones are in the mix.

Diners in a café in British Columbia were placed in two conditions: one in which smartphones were placed on the table, and another with the devices put away.

Diners whose phones were tucked away reported enjoying their experience more than those whose devices were on the dining table. In essence, distractions by smartphones reduced the enjoyment of people sitting together. 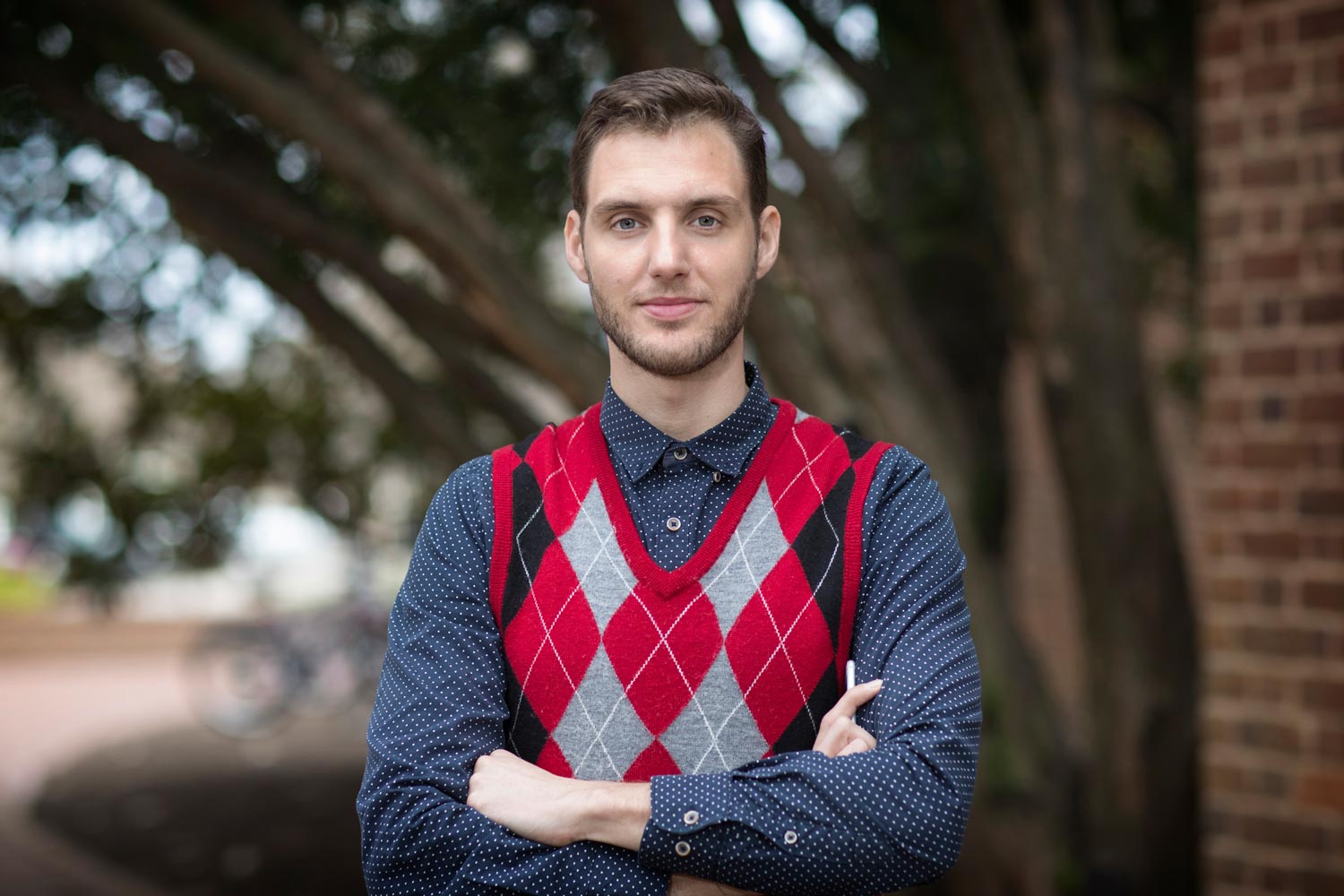 “When you go on a date, you usually have some food, or maybe a drink, at a table,” Kushlev said. “I think what is really important about this study is that it shows that these connecting devices might actually disconnect us from people in our immediate social environment, with negative consequences for our well-being.”

A restaurant in New York City is following Kushlev’s lead and offering diners a small, decorative box to hide away their phones during meals. A recent story in the New York Times said the eatery’s owner provided the boxes to encourage patrons to disconnect from their devices and get some real face time.

Perhaps you’ve heard of “stranger danger,” the warning that children should be wary of people they don’t know. Kushlev’s research takes that saying to another, verifiable level.

In 2016, he and a colleague studied data from the World Values Survey, which is conducted by a global network of social scientists studying changing values and their impact on social and political life.

The researchers began to think about the unique properties of mobile phones. “We were thinking that maybe what’s unique here is that smartphones make the getting of information so convenient,” Kushlev said. “We can get information anywhere, so we really don’t need to rely on others anymore.

“In a sense, now that we can trust our technology so much to tell us everything wherever we are, maybe we don’t need to trust those around us as much.”

The result did not apply to family and friends, he noted.

More research is needed, Kushlev said, because causality cannot be inferred from the correlational data. “It’s just an initial glimpse into this possibility,” he said.

Daddy, Please Put the Phone Down

A fantastical Vancouver science museum was the scene for Kushlev’s most recent study. Parents attending the museum with their children were asked to either use their phone as much as possible or to minimize their use.

After the visit, the parents took a survey. “The critical question was, ‘How socially connected did you feel?’” Kushlev said. “We also assessed how meaningful the visit was. In reviewing the literature, it turns out the sense of meaning seems to be a very clear correlate to spending time with one’s children.”

The researchers wanted to know if being on the phone compromised those pleasurable feelings. Indeed, that is exactly what they found. Merely asking parents to use their phones a lot decreased their sense of social connection by nearly one point on a seven-point scale. Compared to parents asked to limit phone use, parents who used their phones a lot also walked away from the museum feeling like their life was less meaningful.

The implications are huge. “The smartphone is the fastest-adopted consumer product in history,” Kushlev said, beating out such devices as laptop computers and cellphones.

Apart from Kushlev’s other studies, in this one “we are looking at really, the most fundamental social relationship, between parents and their children.”

The Future of Phones

Apps like Facebook and Instagram are built to be habit-forming by people who understand psychology. Kushlev wants to find ways to help users to disconnect from their addictive devices while still enjoying all the benefits that come with the tiny computers.

“That’s why we need to think about ways to design phones in a way that people will not always be able to regulate their behavior as they wish, just out of pure willpower,” he said.

Google recently introduced new features for its Android P operating system. Called “Digital Wellbeing,” the suite offers three components. “Shush” quiets phones placed screen-side down. Like an alarm clock when activated, “Wind Down” turns your phone’s display gray. And users can check a dashboard to learn if they check their phones more than 100 times per day, as most studies show is the average.

Kushlev welcomes these developments, but says the new tools need to be assessed. “There are a lot of interesting ideas out there that don’t have empirical support, so there is a lot of work to be done in order to reap the benefits from these amazing and useful devices while minimizing their costs to fundamental social bonds.”