True Grit: How ‘Hoos Gutsy Win at Louisville Can Be Traced Back to Philosophy, Book 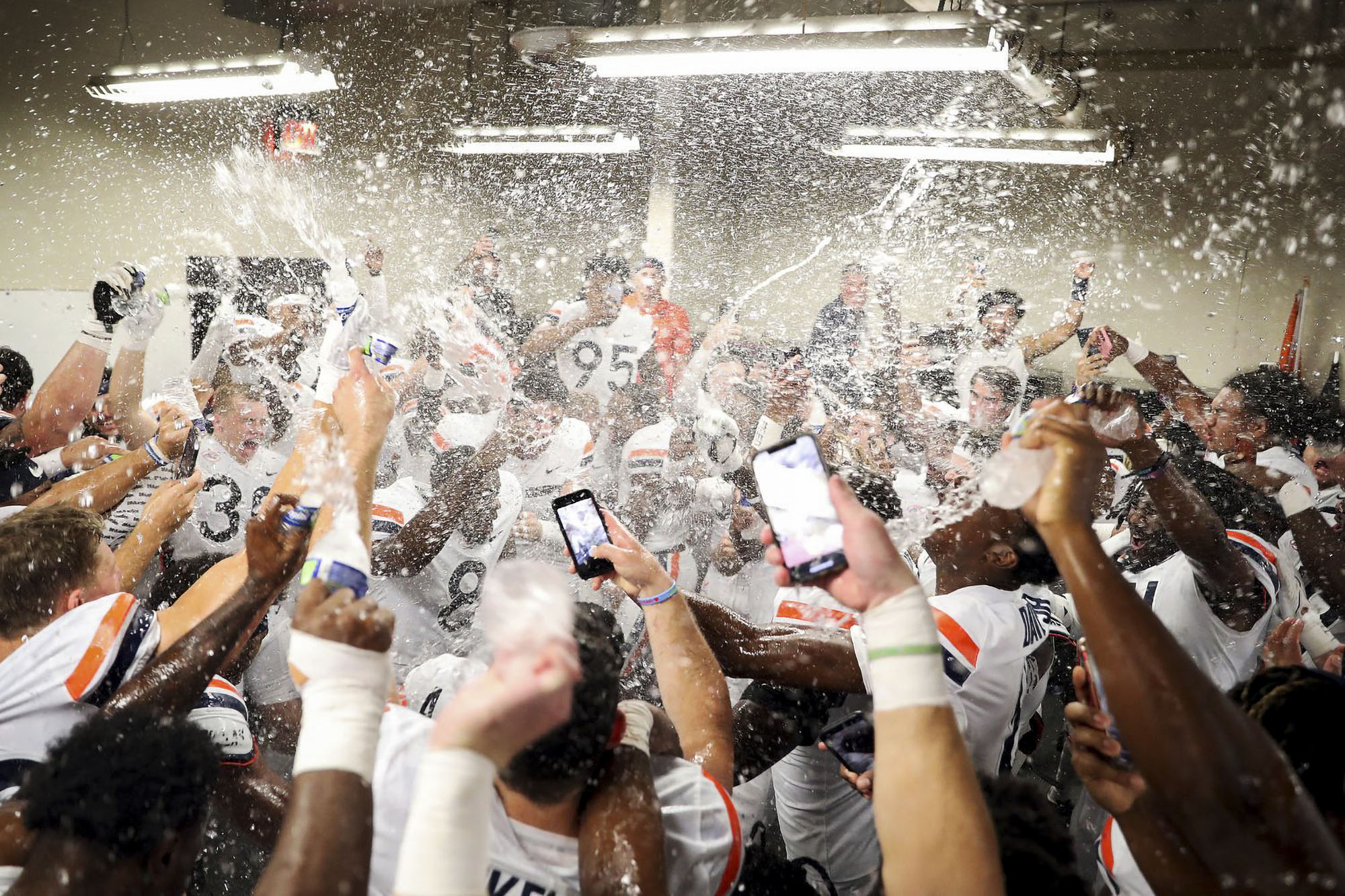 One of University of Virginia head football coach Bronco Mendenhall’s all-time favorite books is “Grit,” a New York Times bestseller by Angela Duckworth that maintains that the secret to outstanding achievement is not talent, but a special blend of passion and perseverance called “grit.”

To Mendenhall and his staff, grit is a tangible assessment of “how long someone will try before they quit.”

On Saturday night in Louisville, Mendenhall’s grit-o-meter must have been spiking.

Down 17 points on the road heading into the fourth quarter, UVA rallied to defeat Louisville, 34-33.

Nowhere was the ‘Hoos’ never-say-die attitude more on display than when defensive back Darrius Bratton tracked down Cardinals receiver Hassan Hall for what looked as if it would be a game-sealing touchdown.

UVA quarterback Brennan Armstrong, who threw for a whopping 487 yards and three touchdowns – took the reins from there.

“Why would you quit?” said Armstrong, when asked by reporters how he was able to rally the team after it fell behind 30-13 in the third quarter. “It just doesn’t add up in my head. That’s just kind of how I think.”

With the victory, UVA improved to 4-2 (2-2 in ACC play) heading to Saturday’s Homecomings game against Duke University at Scott Stadium, where the ‘Hoos “4th Side” will be back in full force.

The win also marked the Cavaliers first-ever at Louisville, and they picked up consecutive ACC road wins for the first time since 2011.

Wahoo Nation loved every second of it.

Whatever happens here, nothing shocks me anymore as a Virginia fan.

Never a doubt, except for most of the second half.

Screenshot is from ESPN. pic.twitter.com/uGaEpAmat0

What’s Next for UVA’s Class of 2022? END_OF_DOCUMENT_TOKEN_TO_BE_REPLACED