U Got the Look: Meet the Alumna Behind the ‘Reimagining’ of Prince’s Paisley Park 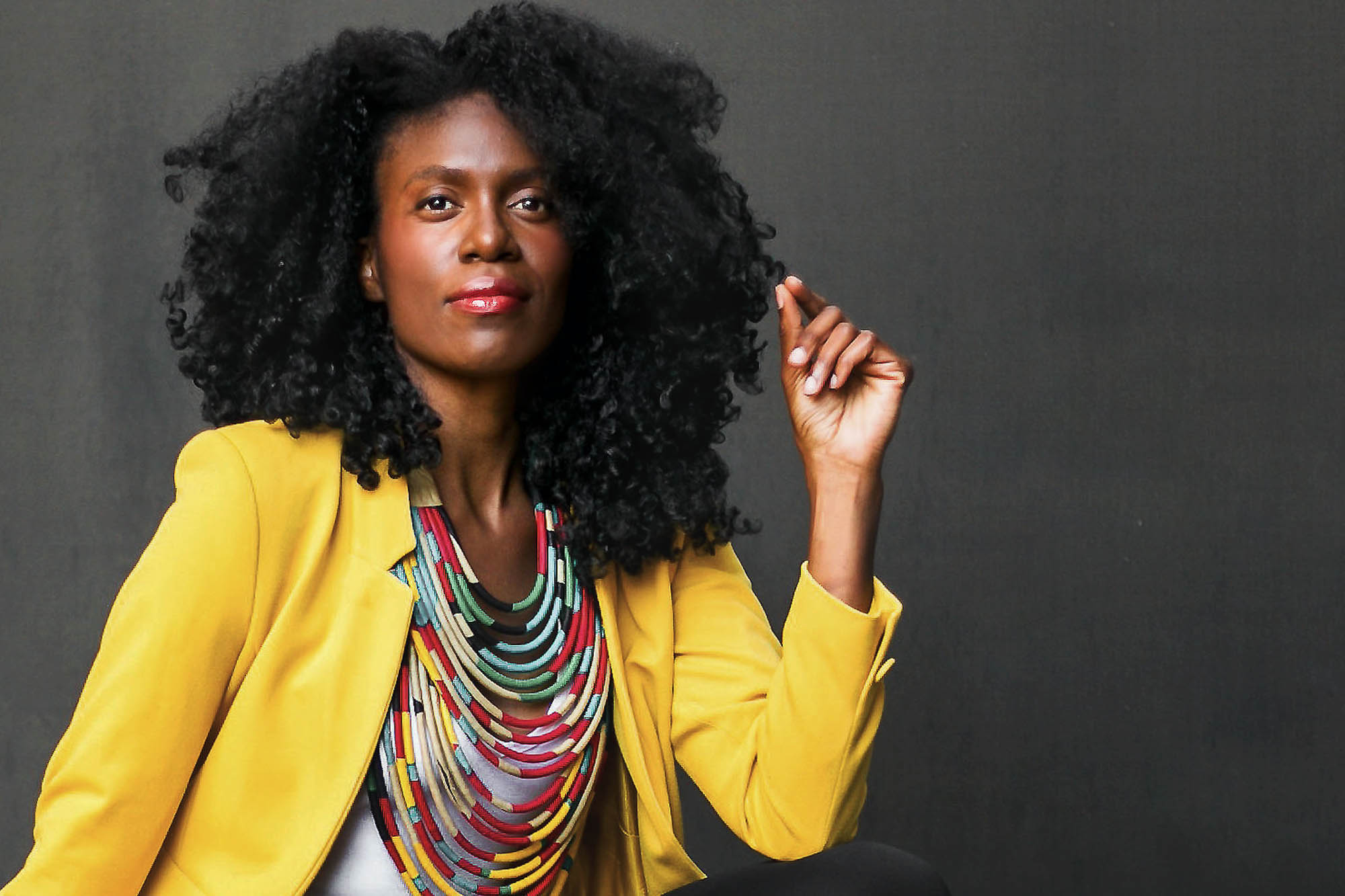 A native of Cameroon, Fri Forjindam came to the University of Virginia on a F-1 visa with the intention of becoming a doctor – until an introductory drama course changed everything.

One day, Forjindam volunteered to do an improvisational scene in front of the class in which she had to befriend, then antagonize, her professor, Richard Warner.

“His reaction to me was way more moving than the actual improv,” she recalled. “I thought, ‘If that’s acting, I want in!’”

But it wasn’t until after winning a green card lottery that Forjindam – who had been a pre-med student to that point – decided to really go for it.

“There were 50,000 [winners] that were pulled from millions that year. … That good luck was the pivotal turn for me, because now that allowed me to be in the U.S. as a green card holder, which meant I could qualify for certain kinds of scholarships and legal employment while I pursued an unpredictable career in theater.”

Forjindam, whose first family trip to the United States as a 5-year-old had been to Disney World – did just that.

After graduating from UVA in 2002 with a degree in biology, she attended a graduate theater program at Columbia University in New York City. She then performed in several off-Broadway shows before moving to Los Angeles, where she landed a number of roles in independent films, voiceovers and commercials.

But then a funny thing happened.

While living in Hollywood, Forjindam – just to make some extra money – took a job working at a company that designed theme parks.

Almost instantly, Forjindam – perhaps influenced by her trip to the Magic Kingdom – was hooked. 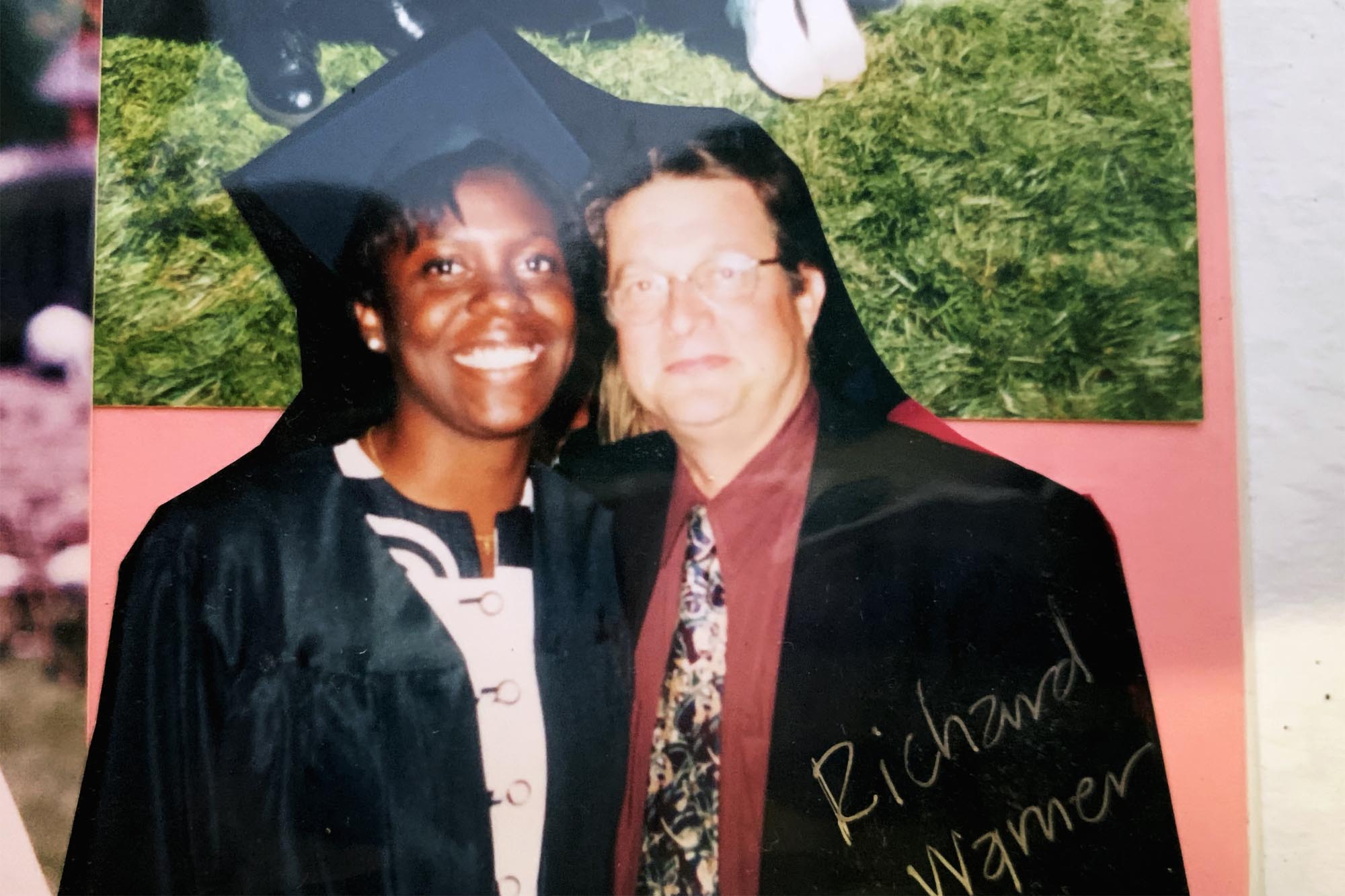 Forjindam collaborated as creative director for Bollywood Parks (opened in Dubai in 2016), and her company created a live show based on the fictional android-populated town in the hit HBO program, “Westworld,” which debuted at the South by Southwest Festival in Austin, Texas, in 2018 and garnered more than 1.9 billion online impressions. That event would go on to be awarded multiple Clio awards along with the Cannes Lions Gold.

Recently, Forjindam and her team were tapped as part of the experience development team for Prince’s Paisley Park – the Minnesota home of the late music megastar  – and incorporated new elements that have drawn widespread praise.

“Her visual instincts are unmatched, especially in relationship to the story,” said Mycotoo founder Cliff Warner, who worked with Forjindam prior to the formation of Mycotoo. “Fri has a gift to find the heart of a project and knows how to collaborate with her team to find the best ways to expose that important heart.” 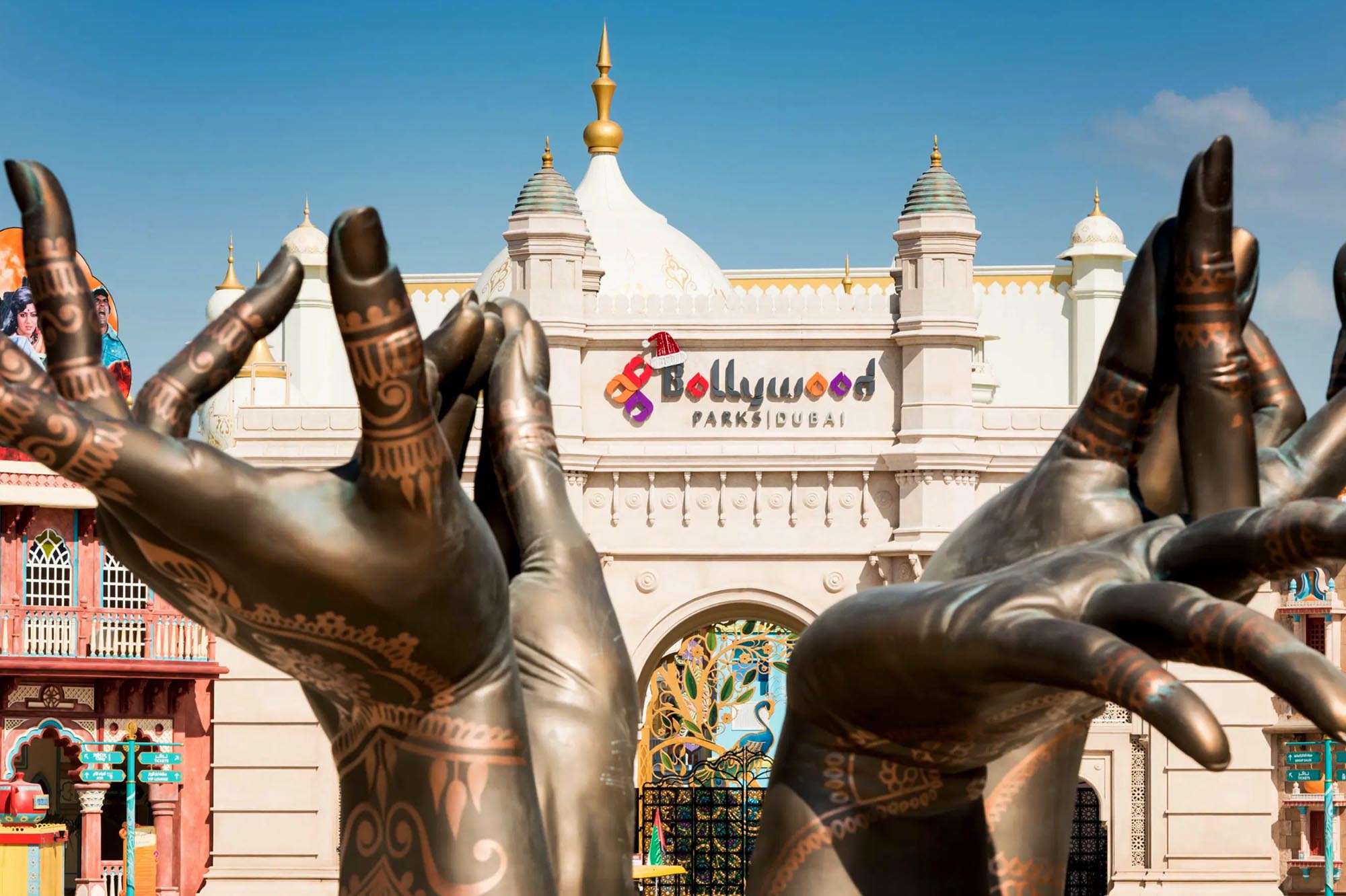 Located about 30 miles outside of Minneapolis, the 65,000-square-foot Paisley Park opened in 1987 and was a studio, a home base, a residence and a sanctuary for Prince, who is widely regarded as one of the greatest musicians of his generation.

Following Prince’s death in 2016, Paisley Park began operating as a museum, open to the public.

In 2019, conservators to Prince’s estate and members of the star’s family embarked on a new vision for Paisley Park. Their plans included a return to live music events on property, use of the famed recording studios and soundstage for commercial productions, special events and the unveiling of never-before-seen artifacts from Prince’s vault.

“Paisley’s executive director Alan Seiffert and the full team really wanted to celebrate what Prince was about – which was musical excellence, creating an inspiring destination that was about community, about activism and about live events,” Forjindam said.

Forjindam knew the task was daunting, but at the same time was aware she had already been dealt a pretty good hand.

“If you’re going to do anything involving Prince, your one job is to get out of his way,” Forjindam said with a laugh. “If I come in and try to reinvent Prince or interpret his work using any other filter than his own, I’m going to fail.

“It was about letting the body of work amassed throughout Prince’s career to speak for itself. His impact will live on not because we’re trying to define who Prince was, but rather because we are exploring all the many reasons why his legacy is so important. Tracks like music, fashion, sexuality, how he paved the way for musicians today in the groundbreaking business decisions he made … things that many take for granted now.

“We wanted to come back to the story of his early influences, so it didn’t get lost – that he pioneered the act of activism in the music business at such an early age and continued to demonstrate that publicly and privately throughout his career.”

A new addition that Forjindam and her team are responsible for greets visitors at the front entrance, and is also visible to vehicles passing by: A sculpture of Prince’s “love” symbol that has a distinctive, yet subtle purple hue.

“It [wasn’t] just coming in and putting a huge marquee with flashing lights and ‘Purple Rain’ colors all over the place,” Forjindam said. “It was about being thoughtful and elegant … not so huge that it would conflict with the building, but also impactful enough that it gives you the sense of, ‘Oh, there’s something here.’” 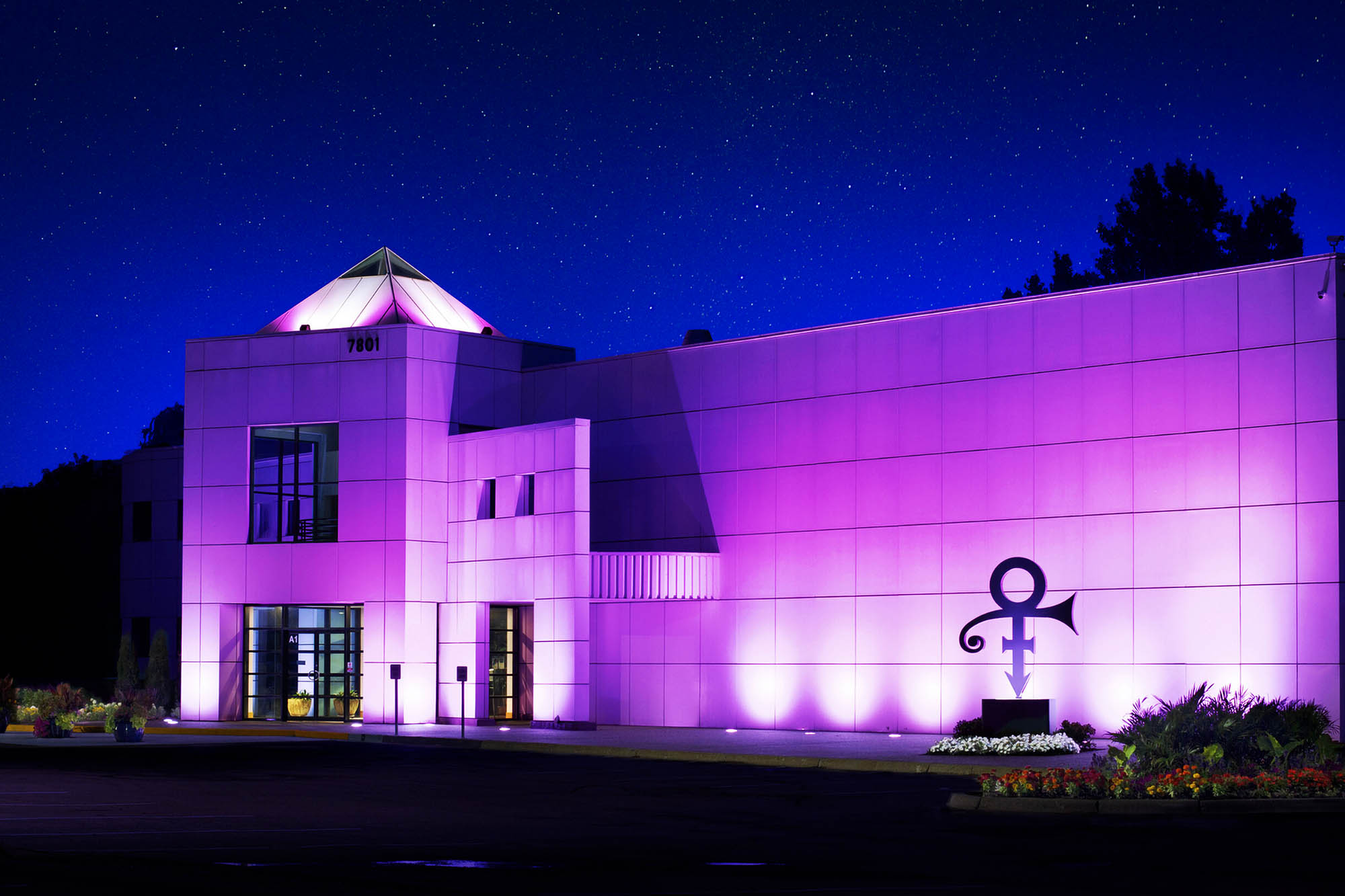 When Paisley Park visitors walk through the doors, they stop in the “Foundation Room,” a new addition, which was the result of hours of research and consultation that Forjindam and her team did with Prince’s family, legacy preservationists and individuals who were part of his early music career and historians.

“If you think of the entire tour at Paisley Park as a symphony, the Foundation Room is the overture, the beginning where you get to understand the influence of Minneapolis and why the city was so critical during his formative years, and why he stayed in Minneapolis when he could have gone anywhere,” Forjindam said. “People always talk about the ‘Minneapolis sound’ and we go into that in the tour now.

“The Foundation Room experience is a story-driven muiltimedia experience that includes artifacts from Prince’s vault, notable iconic guitars, that I know guests will be really excited to see when they visit.”

At the conclusion of the tour, visitors stop at the 12,000-square-foot, fully functional sound stage where Prince filmed most of his videos and concerts. Forjindam and her team have transformed it into an exhibit space that houses costumes, never before-seen photographs, instruments and awards and features what Forjindam calls “an immersive media experience of his most iconic live performances.” 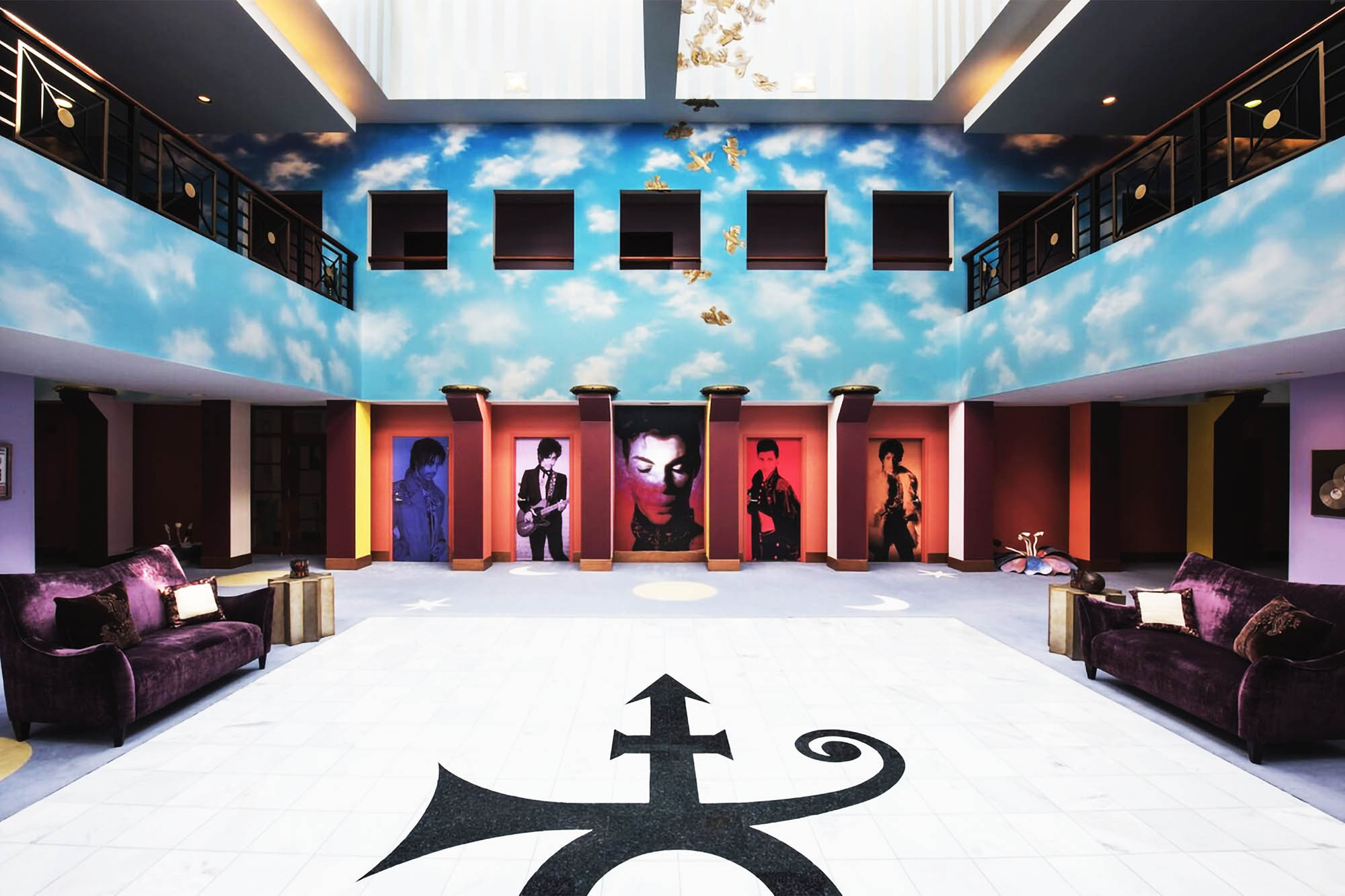 When she looks back on all the work that went into the project, Forjindam said reimagining some of the Paisley Park spaces was often a big balancing act.

“We wanted to make sure that we were introducing things that allowed people to appreciate Paisley, but also not turn it into a huge money grab, where it wouldn’t be authentic to what Prince was about,” she said. “We had to be very strategic and thoughtful in our collaboration with the Paisley team about how we were introducing new elements, because at the end of the day, Prince isn’t here to say, ‘Yes, I approve.’ So part of it is managing the expectation from fans, being thoughtful about what we’re introducing and also communicating why it’s important to Prince’s legacy and what’s going to be happening in the coming months and years.”

Throughout the course of the project, Forjindam – who lives in Los Angeles with her husband, music executive Phillip Bailey, and two children – said she was overcome by an unusual combination of pride and humility.

Forjindam said she appreciates the countless hours she spent at Paisley Park, especially the ones during the summer of 2020 that came in the aftermath of the George Floyd tragedy, which happened just a few miles away.

Forjindam said Paisley Park – much like Disney World did when she was a kid – had an “escapist” quality to it that inspired possibilities.

“The horrors of the world, the quarantine scares, the worries of politics and volatile employment rates would just melt away when you would walk in those walls, because it is really surreal in there,” she said. “There is a reverence to those walls that reminds you of greatness, and I mean that sincerely. When you think of what [Prince] stood for at such a young age and how he was able to really pave the way and be his own genre – there really is no way to compare him to anyone. You can’t help but apply that level of excellence to your own life, and try to see how you can aspire to that – in your own way.”