Universities Must Show That Humanities Are ‘Useful,’ Botstein Says 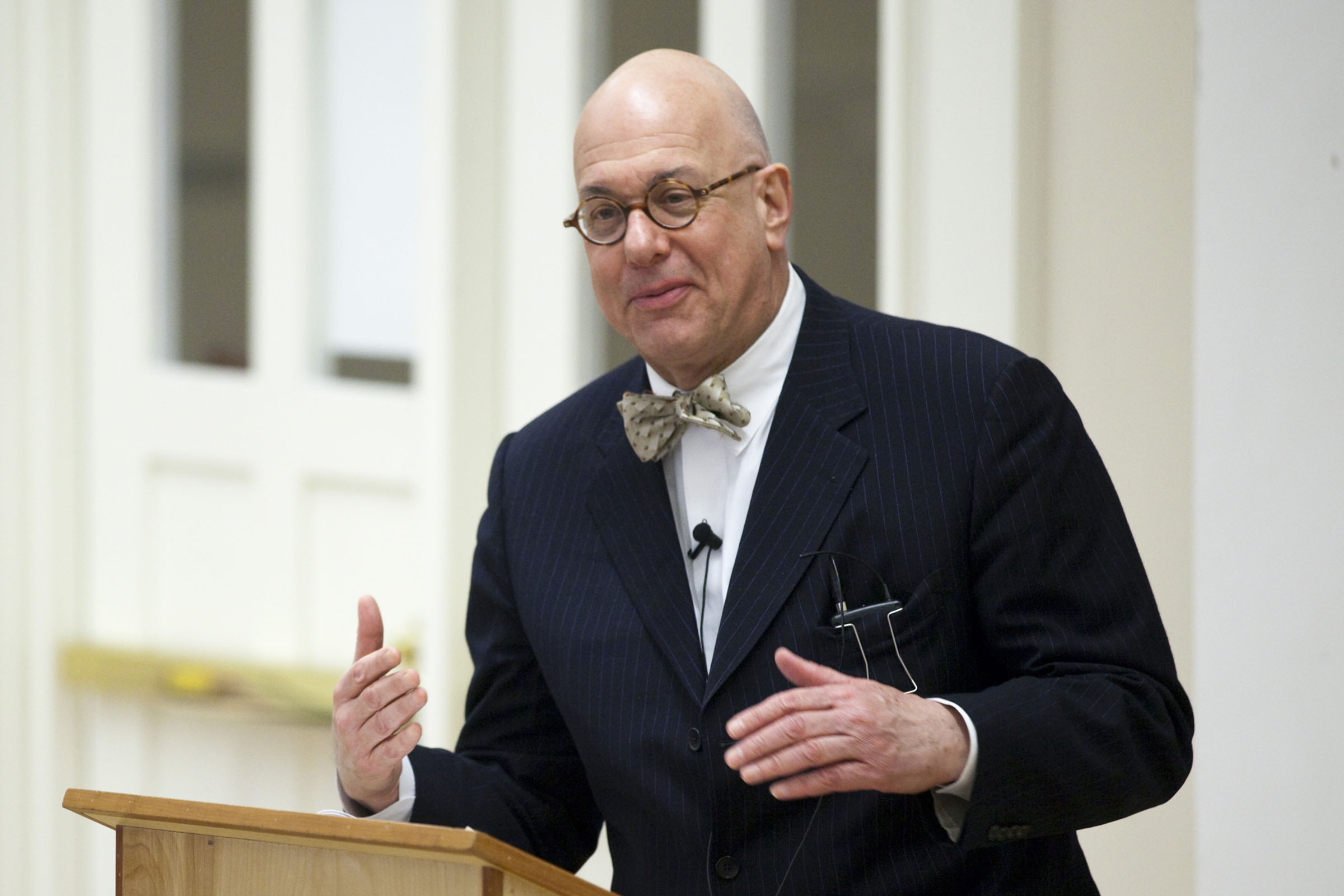 Leon Botstein, president of Bard College and an advocate for education reform, apologized to his University of Virginia audience in advance on Friday, in case his forthcoming remarks offended anyone. He then urged professors to overhaul their curricula and to make their teaching of material more “useful.”

Speaking in Minor Hall Auditorium to students and faculty – including U.Va. President Teresa A. Sullivan, who was taking notes – Botstein said educators shouldn’t try to defend the status quo of colleges and universities against critics. They shouldn’t waste time fighting against the use of technology in education, either, he said; it can be a huge asset and “put bad teaching out of business.”

He described technology in education as a neutral – not a causal or threatening – factor, comparing it to the elevator in the history of architecture. The elevator was an important development, but not transformative; architects have incorporated it into many designs, and it continues to be useful.

“The truth is, everything we teach theoretically can, and actually can, be defined as useful,” he said. “The question is, how do you locate that utility?

“There is a lot of reform in our own work to do before we can mount a defense of the university. Let’s be honest with ourselves,” said Botstein, who has instituted innovative changes since he became head of Bard in 1975. His reforms include running public high schools or partnering with them; partnering with several international universities; and creating several graduate research centers and a liberal arts degree program for prison inmates.

Botstein, the Leon Levy Professor in the Arts and Humanities at Bard, also is the music director of the American Symphony Orchestra and a conductor.

By saying what is taught should be “useful,” he said he didn’t mean the usual defense, that learning the humanities teaches students critical thinking. The college curriculum should lead students through a well-thought-out intellectual rite of passage and show them how the humanities can enrich their lives. What they learn in the classroom should also influence their conduct in their extracurricular lives, too, he said.

The humanities disciplines should stop trying to imitate the natural sciences with jargon that’s counter-intuitive and makes students feel inadequate, he said, citing literature courses as probably the most egregious offenders. Meanwhile, incorporating social networking into a course encourages students to communicate with each other and can help them work harder and learn more.

Botstein gave several examples of rethinking the usefulness of teaching and learning in the humanities. For veterans returning to civilian life, the classics have much to teach about war and society, he said. The essays of Michel de Montaigne address issues of everyday life that are relevant to students. His essay on friendship should be very interesting to them, since the idea of friendship has expanded so greatly due to Facebook, Botstein joked.

He noted that boundaries between disciplines are becoming less rigid, and he urged faculty in the arts and sciences to employ multidisciplinary approaches and to break down structures that promote competition among the professions. Having graduate students teach many courses is unfair to them, as well as the undergraduates – they reap little reward, especially in furthering their careers, he added.

The sciences are not immune to problems, either, Botstein said, calling the teaching of serial courses to weed out students “horrific.” He advocated a problem-based approach and more attention to teaching the sciences to non-science students.

A university is not an efficient institution by nature, he said. “No one can say ahead of time which faculty member or graduate student, or undergraduate for that matter, will make breakthrough work or create work that’s memorable,” he said.

The events of the summer at U.Va., surrounding Sullivan’s resignation and reinstatement, provide an opportunity for continuing faculty collaboration and leadership, he said.

“That was an early warning sign: Unless we [faculty] get into the debate, we’ll become irrelevant,” he warned.

Professors have forgotten another tie to the public that has created a problem in higher education, Botstein said. “They have been satisfied to let the public forge its primary allegiance, and even its students, to the professional sports function of the university,” he said, making universities “farm teams for professional sports” and paying coaches exorbitant salaries.

Higher education still deserves state and federal support, rather than leaving the burden of financing institutions to tuition alone. He noted that besides writing the Emancipation Proclamation, President Lincoln’s other great achievement was approving the land-grant college system, Botstein said. “If he could do that in the 1860s, we ought to be able to do it now.”

His visit was co-sponsored by the Institute for Advanced Studies in Culture and the Institute of the Humanities and Global Cultures, which has been considering “The Future of the University” in a yearlong series of events. Next up: Stefan Collini, professor of intellectual history and history of English Literature at the University of Cambridge, will speak March 19 about “Making the Case: Universities and Their Publics.”

Meet the New Cavalier on Horseback: She’s Eager To ‘Carry On a Legacy’ END_OF_DOCUMENT_TOKEN_TO_BE_REPLACED

Virginia Football – For All Virginia END_OF_DOCUMENT_TOKEN_TO_BE_REPLACED