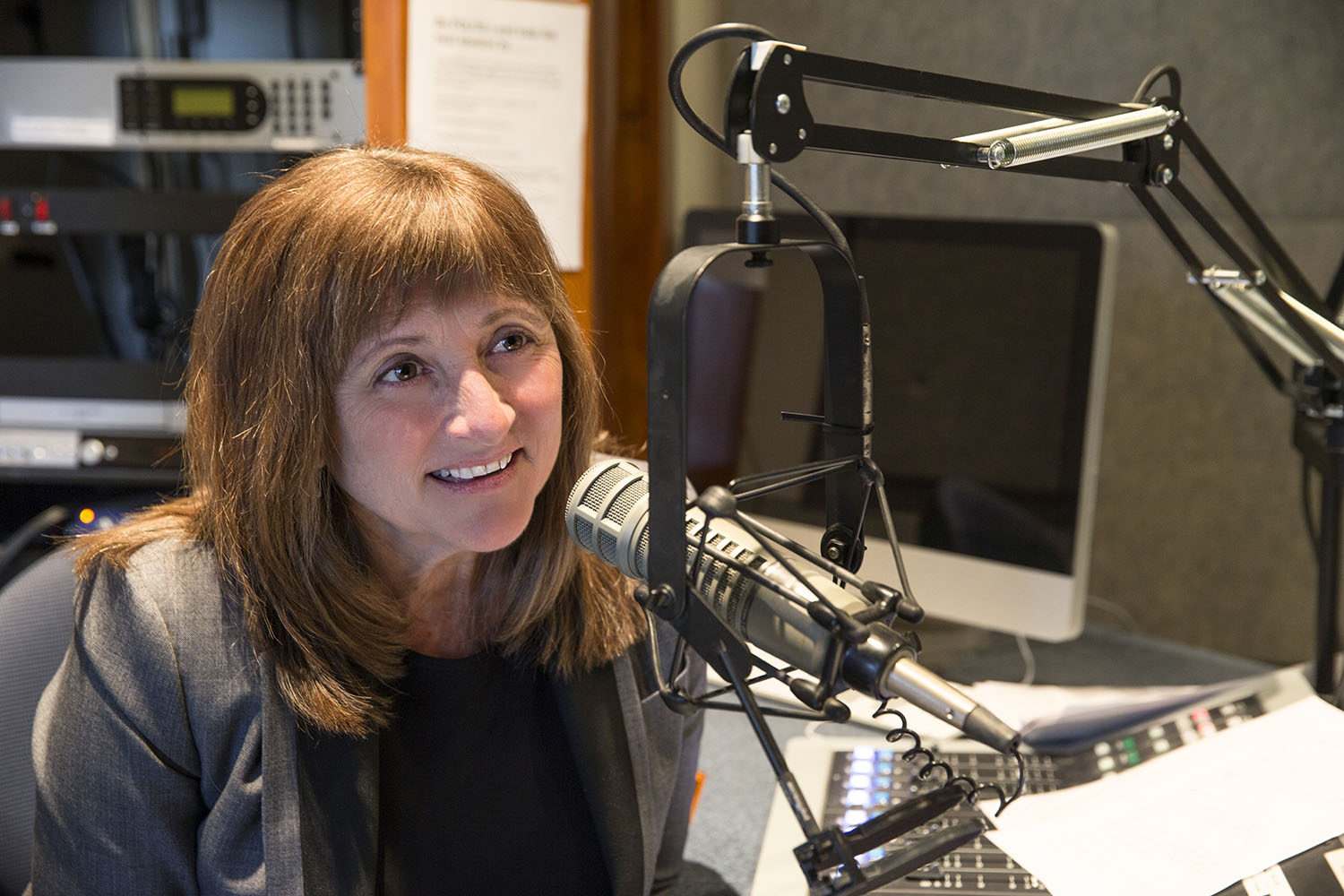 Long before MOOCs and the Khan Academy existed, there was another form of free education for the masses, born here at the University of Virginia. And while Thomas Jefferson wasn’t the father of the idea, given his educate-the-citizenry purpose for founding the University, he likely would have been a fan.

A “university of the air” is how “With Good Reason” host and producer Sarah McConnell characterizes the syndicated public radio show, now entering its 22nd year and still the only program of its kind that she knows of.

“Each program is a mini-course brought to citizens for free,” she said.

Every week, the show examines selected topics with faculty members from Virginia’s public colleges and universities. These 15 schools, including U.Va., aligned more than two decades ago to form the Virginia Higher Education Broadcasting Consortium, which produces “With Good Reason” with the Virginia Foundation for the Humanities.

“With Good Reason” – carried by 10 public radio stations in and around Virginia, including Washington D.C., Norfolk and Richmond – focuses public attention on the outstanding research, writing and public service generated and provided by faculty. Together the weekly 60-minute shows and 3½-minute news capsule features reach some 52,000 and 80,000 Virginia listeners, respectively.

Countless others listen on 12 other public radio stations around the country – in Alaska, Georgia, Colorado, Hawaii, Maryland, Michigan, Ohio, Texas and Tennessee – that now air the show, enabling citizens nationwide to share lively commentary and analysis that embraces a wide range of scholarship, discoveries and practical applications.

In the last year, other stations in Alabama, Arizona, New Hampshire, Connecticut, Oregon, Idaho, Montana, Minnesota, West Virginia, Iowa, Pennsylvania, New York, Pennsylvania, Utah, North Carolina, Nevada and California have aired one or more episodes of the show as specials, as has Radio New Zealand; 22 short features have also been picked up by public radio stations across the country.

The show garnered a number of awards in 2013. In May, it received its fourth Gabriel Award, for “Sheer Good Fortune: Celebrating Toni Morrison.” Two other episodes won first-place awards from the Virginia Association of Broadcasters in June.

This has been a year of significant growth for the show, McConnell said. It doubled the number of professors it features weekly by expanding from a half-hour to a one-hour format, including new and previously broadcast segments.

“With Good Reason” also contracted with Virginia State University, under a National Science Foundation grant, to create a timely and intriguing series of 10 programs featuring national and Virginia experts on education in science, technology, engineering and mathematics, or STEM, disciplines, particularly focusing on innovative methods of teaching to bring more women and minorities into these fields.

Despite a small staff and nonexistent marketing funds, “With Good Reason” has thrived.

“I think a primary reason that shows endure is that they are responsive to people who have an interest in them,” said Bill Miller, vice president and general manager of WCVE-FM in Richmond and an adviser to the show. “From the beginning, ‘With Good Reason’ has prided itself on answering questions, fulfilling requests and gratefully accepting suggestions from listeners.

“‘With Good Reason’ is a growing, adapting organism. It is not content to do things the same way because it is comfortable or dependable, despite the value of those characteristics – it pushes itself to try new approaches, to experiment, to do things that others haven’t done – and succeeds for its listeners by being more informative and more provocative.”

Miller also noted that most new radio programs fail within a year. “Public radio shows that have been around for 20-plus years are a rarefied group. ‘With Good Reason’ deserves to be included with the likes of ‘All Things Considered,’ ‘Fresh Air’ – even ‘Car Talk’ – because it broke new ground and continues to provide unique content in an edifying and engaging fashion,” he said.

The show has come a long way since it was conceived in 1992 by then-U.Va. news editor Michael Marshall, who still serves as an editorial adviser.

Marshall, now full-time owner and publisher of the Crozet Gazette, said the program was needed to give the state’s teaching faculty a voice and to humanize higher education in the eyes of the public and public officials. He chose radio because it’s “intimately human and personal.”

“The idea of the show was that the universities were showing their appreciation for tax support by offering the public a ‘knowledge dividend,’” he said. “Presumably, when a very smart person devotes his or her life to being an expert in something, that subject has value and interest. When radio listeners hear professors speaking from their expertise, that value gets shared and the listener feels intellectually stimulated and a little grateful.”

“Because of the respect station managers had for Brenda, they listened to what we had to say,” said Marshall, who also convened his colleagues at Virginia’s public colleges and universities and at the State Council of Higher Education for Virginia to gauge their interest in supporting the show. All parties bought in, and the radio program was born.

“To my knowledge, no other state has been able to form a consortium like we did,” Marshall said. Representatives from each of the 15 member public schools meet twice a year to nominate possible guests.

Both Marshall and Miller attribute the program’s continued success and the consortium’s continued support despite dwindling state funds to McConnell, hired as its host and producer in 1999. McConnell, in turn, credits her colleagues -- producers Elliot Majerczyk, Kelley Libby and Allison Quantz, assistant producer Lilia Fuquen and executive producer Andrew Wyndham.

No matter who gets the credit, listeners rave.

A Virginia Beach listener wrote, “This is such a wonderful show! I’m in a mall parking lot about to go shopping, but I’ve stayed in my car for an hour to listen to the whole show!”

A Richmond woman listening to the show on WCVE wrote, “Fantastic and fascinating program on the Founding Fathers. ... Sarah McConnell asks the best questions and has the most interesting guests and THE most fascinating subjects. Love this show!”

Some listeners not only write their praise, but underwrite it. The show recently received generous grants from anonymous donors allowing it to interview national-caliber scholars and guests in addition to outstanding in-state scholars, McConnell said.

Other new directions for the show include applying for a grant to create a digital database of “With Good Reason” interviews to be used by middle- and high-school teachers. The database would include 20 years of interviews from poets, scientists and scholars in every field.

All of these spin-offs and new markets are exciting. But the basis for it all is great radio, and that will remain the same at “With Good Reason.”

Coming soon is a “moving series of shows about the troop ships that carried young American soldiers to fight in the Vietnam War,” McConnell shared. It turns out that a scholar has just discovered reel-to-reel tape of these young men singing together aboard the General Nelson M. Walker.

Fall Is in the Air on Grounds END_OF_DOCUMENT_TOKEN_TO_BE_REPLACED