University Librarian Karin Wittenborg to Retire at End of 2014 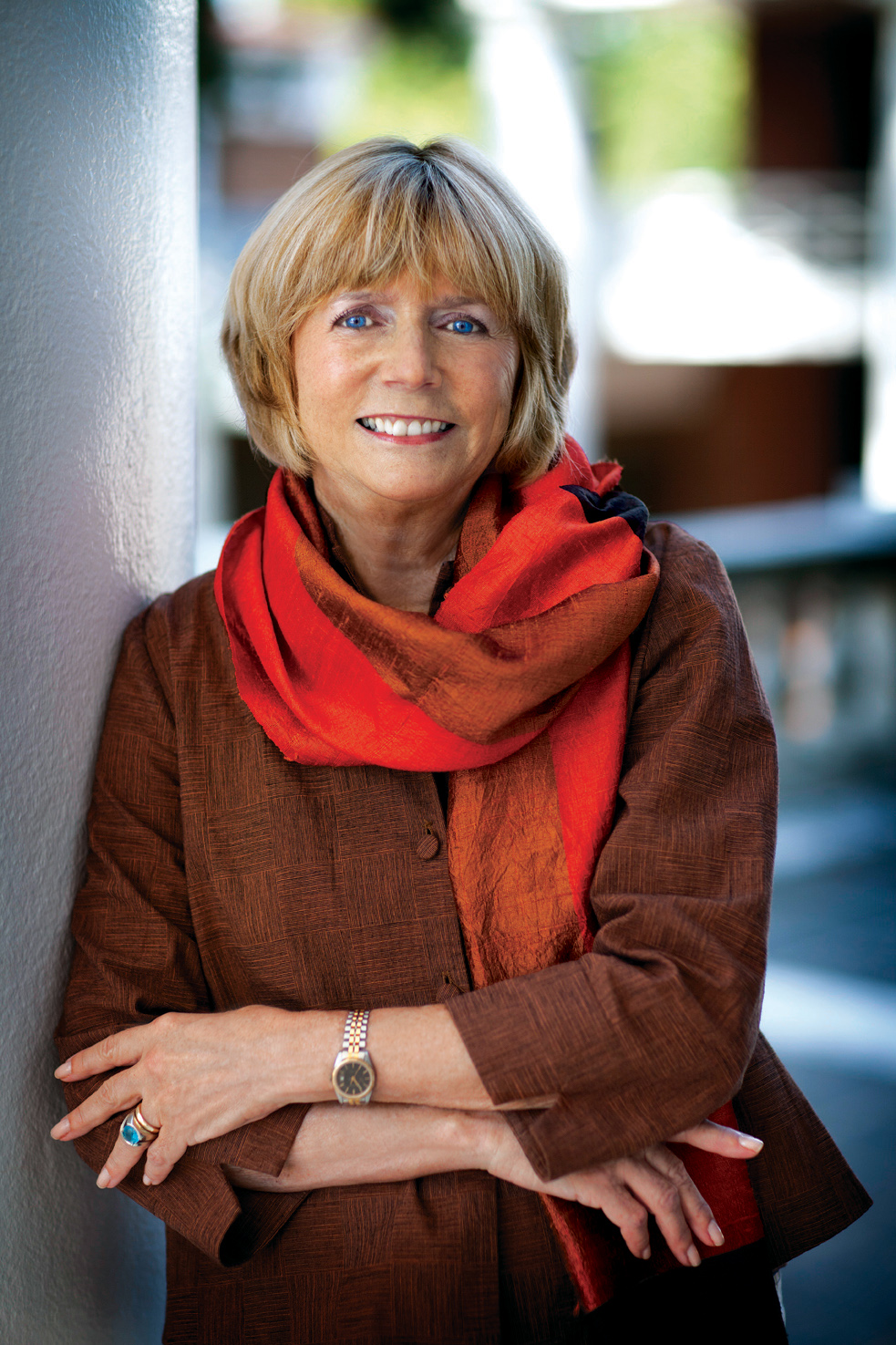 Karin Wittenborg, university librarian and dean of libraries at the University of Virginia, will retire in December after 21 years of service as leader of the University Library system.

“Karin is an extraordinary leader, collaborator and colleague,” Executive Vice President and Provost John D. Simon said. “Under her leadership, the U.Va. Library has become nationally known for its support of the scholarly enterprise, always done in a bold and creative way.”

Wittenborg has overseen the library system’s 12 facilities and staff of more than 230 since being recruited from the University of California, Los Angeles in 1993. Today the U.Va. Library has more than 4 million books and nearly 500,000 electronic books, 16.5 million manuscripts and archives, as well as databases, images, maps, musical scores, streaming video and more. Its endowment has grown from $9 million in 1993 to $63 million, and is expected to top $70 million when a recent multi-million dollar bequest is realized.

Martha Sites, currently the deputy university librarian, will serve as interim University Librarian after December. Simon will appoint a search committee to fill the post.

Wittenborg’s tenure has been defined by her innovative approach and commitment to supporting students, faculty and the University community. She instituted changes and programs that have been widely copied by other institutions, including a delivery service for faculty, in-house cafés and student-designed seating areas, and assertive negotiations with publishers to get the best prices for database and journal subscriptions.

Some of her changes have been unconventional (aquariums in Clemons Library) and some have been temporarily unpopular (Google Books, which created digitized versions of 450,000 books in the library’s collection). Others have been wildly successful, such as the Scholars’ Lab, an internationally known incubator for digital humanities and methodological training of graduate students in the humanities, and the development of a staff known for its creativity and customer service.

Professional development of the library staff has always been paramount for Wittenborg. She started an endowment for staff development and instituted annual supplemental awards of $1,000 for development opportunities for every member of the staff (in addition to the University’s $2,000 education benefit). Wittenborg recognized early on that technology would dominate library operations and made staff development a priority so the library could be nimble amid rapid change.

She drove the fundraising to create a separate building for special collections (the Albert and Shirley Small Special Collections Library and the Mary and David Harrison Institute for American History, Literature, and Culture), and renovated the Charles L. Brown Science and Engineering Library with help from Brown’s widow, Ann Lee Brown, who provided a $5 million endowment.

During her time at U.Va., the Ivy Stacks, the library’s off-site, high-density shelving facility, opened on Old Ivy Road. In 2010, the University provided funds to retrofit the building with an automated shelving system. By 2012, the project was complete and the building’s capacity was doubled.

She has also collaborated with institutions worldwide to tackle the rapidly growing and expensive challenge of preservation. She was instrumental in securing major grants from the Andrew W. Mellon Foundation and, with former Vice President and University Chief Information Officer James Hilton, helped launch the Digital Preservation Network, a national collaboration of universities to create a robust, sustainable and scalable solution for preserving scholarly work. She also led the creation of the network’s regional hub, the Academic Preservation Trust.

In 2005, the U.Va. Library received the Association of College and Research Libraries’ Excellence in Academic Libraries Award. At U.Va. Wittenborg won the Women Center’s Elizabeth Zintl Leadership Award in 2004. She is a member of the Raven Society and was on the boards of Rare Book School and the Council of Library and Information Resources. She also served on the library boards for Johns Hopkins, Stanford and Brown universities.

After so many years and so many achievements, Wittenborg made the decision to retire as soon as she launched two more major changes. The first is a program to redefine library services and reorganize the staff to best support current student and faculty needs, as well as the initiatives outlined in the University’s strategic Cornerstone Plan. The second is a broad review of the entire U.Va. Library system as part of the planning process for overhauling Alderman Library, the well-loved but well-worn facility built in 1938.

In addition to her boldness and creativity, Wittenborg is known for her candor and irreverence. Her motto is, “Drive it like you stole it,” a phrase seen on a bumper sticker in Louisa County and now adopted by several of her peers at other institutions.

“I’ve had a lot of fun doing this,” Wittenborg said. “It’s been a great run, and now it’s time to turn myself in.”