University to Offer Emotional, Academic and Patriotic Observances of 9/11 Anniversary 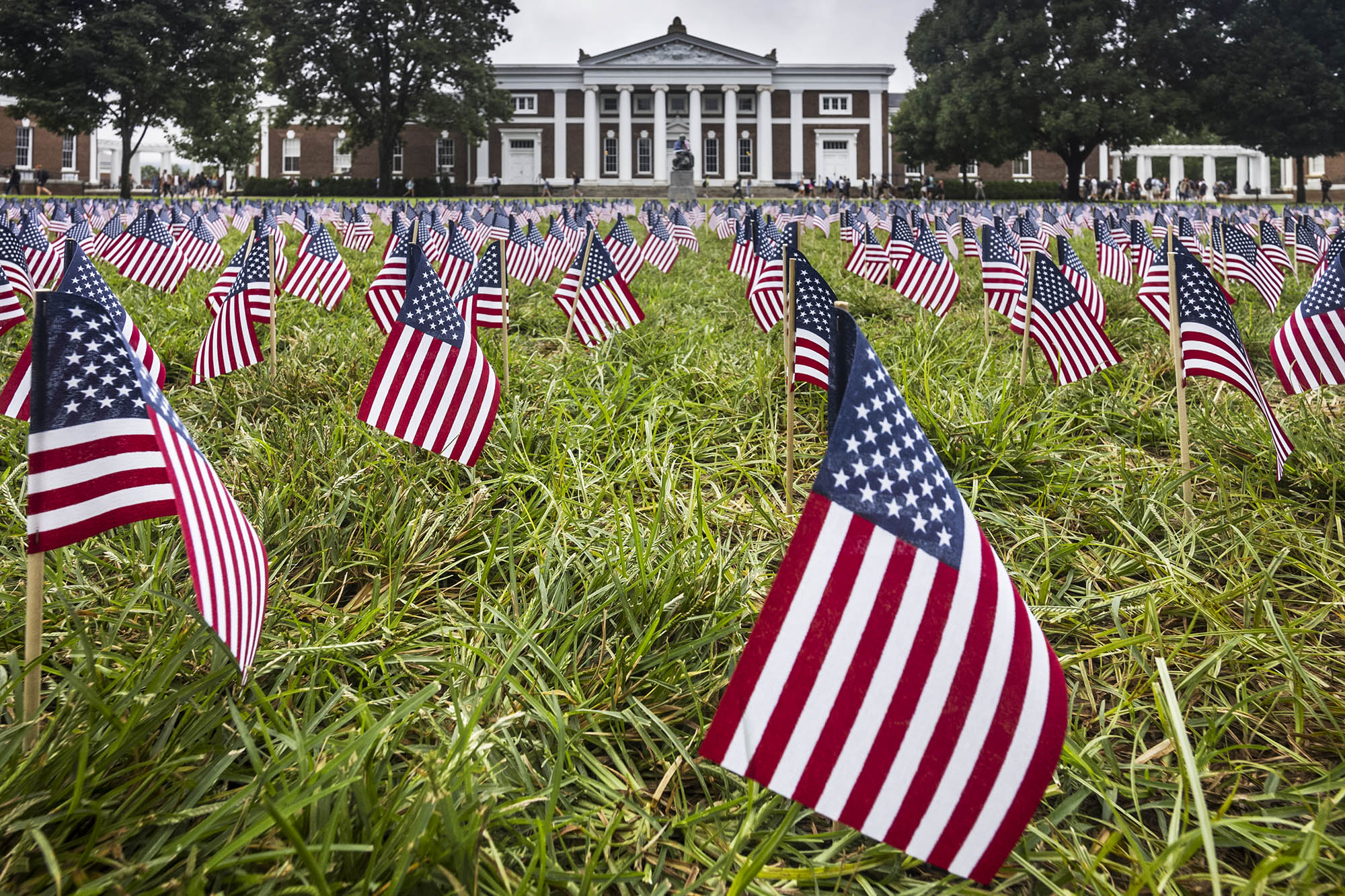 The University of Virginia’s observance of the 20th anniversary of the 9/11 terror attacks will cover a range of human experience – emotional, intellectual and patriotic.

The student group Young Americans for Freedom at UVA will begin Saturday with an 8:10 a.m. ceremony in the McIntire Amphitheater. During a moment of silence, attendees will hear the bells at the University Chapel chime at precisely 8:46 a.m., the time when the first hijacked plane flew into the north face of the north tower of the World Trade Center in New York. The event’s keynote speaker will be retired U.S. Air Force Col. Dan Moy.

American flags on Grounds will fly at half-staff.

The 9/11 anniversary will be a major focus of the Cavalier football team’s 11 a.m. game against the University of Illinois at Scott Stadium – starting with a moment of silence to be observed at the UVA Alumni Association’s pre-game tailgate at Alumni Hall and continuing throughout the game itself.

At the stadium, two UVA alumni will pilot an F-22 flyover before the game. As a joint military color guard presents the colors, and following a moment of silence, the University Singers will sing the national anthem, accompanied by the Cavalier Marching Band. Lt. Gen. Charles Pede, an alumnus and recently retired Judge Advocate General of the U.S. Army, will conduct the pregame coin toss. The Cavalier band also will perform a patriotic-themed halftime show.

This being a university, there will also be a serious examination of the impact 9/11 has had on our world – past, present and future.

“Drawing on expertise from scholars, practitioners, and journalists, this conference examines the history of this era with an eye toward its implications for the future,” according to the event’s web posting.

Philip Zelikow, White Burkett Miller Professor of History at UVA and the former executive director of the 9/11 Commission, is scheduled to deliver the keynote address Thursday at 3:35 p.m. The symposium’s speakers include prominent journalists, diplomats and academics.

Other schools and departments may also host events. Check with individual schools for more information.

For more about how 9/11 is viewed through the lens of University experiences and expertise, visit the Miller Center’s 9/11 resources online, and explore UVA Today’s Remembering 9/11 collection of stories, analysis and remembrance.

What Is the ‘4th Side’? END_OF_DOCUMENT_TOKEN_TO_BE_REPLACED