University of Virginia Prepares For Graduation Weekend, May 20 And 21 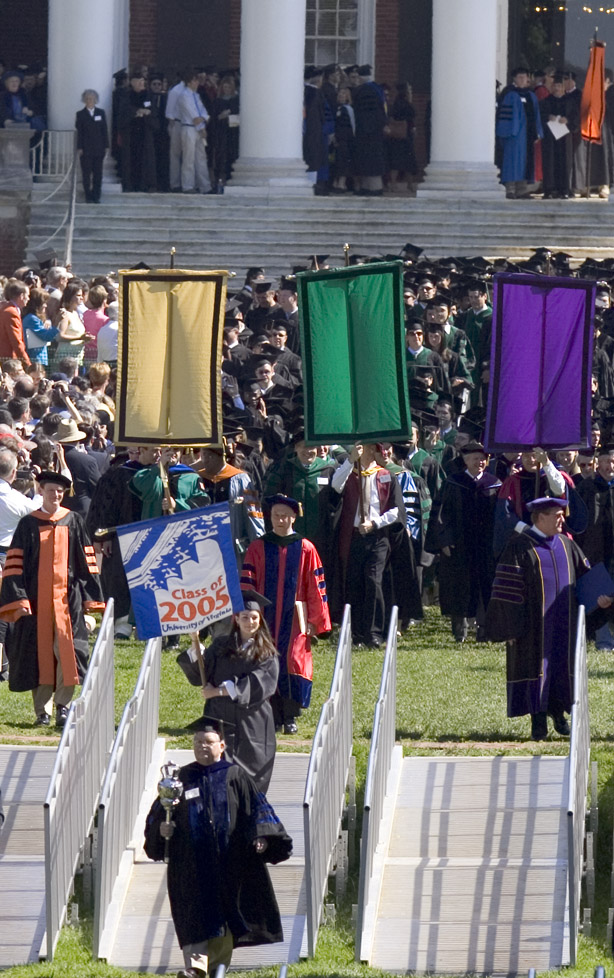 More than 30,000 people are expected on the Lawn at the University of Virginia to attend Final Exercises on Sunday, May 21. Following the academic procession, which begins at 10 a.m., Virginia Gov. Timothy Kaine will deliver the commencement address to more than 5,000 students.

Gov. Kaine has made education a priority throughout his public service career, from his first public position as a Richmond city councilman (1994-1998) to his two terms as mayor of Richmond (1998-2002), through his term as lieutenant governor (2002-2006) and now as Virginia ’s 70th governor.

On Saturday, May 20, best-selling American novelist and journalist Tom Wolfe, a native of Richmond, will be the featured speaker at Valedictory Exercises. Wolfe will speak at 11 a.m. on the Lawn.

In addition to Wolfe’s talk, the Saturday ceremony, organized by the Class of 2006, will include announcements of some Universitywide awards and presentation of the class gift.

On May 20 and 21, parking will be available at Scott Stadium and University Hall with free shuttle bus service to and from the Lawn.