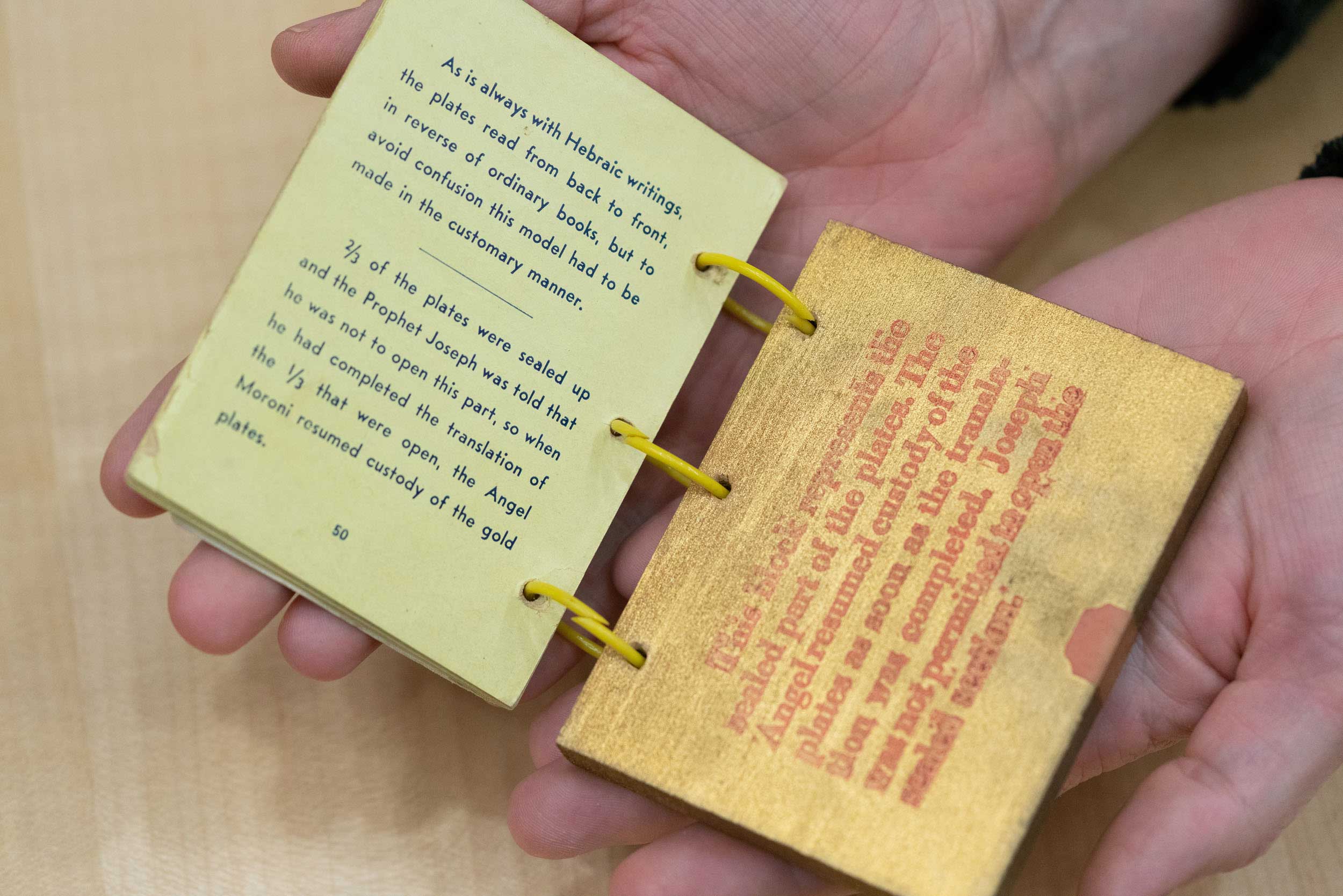 This miniature book, designed to resemble the gold plates in Mormon theology from the Angel Moroni that Joseph Smith found, is one of two copies on record, the other located at Indiana University.

Beehive Girls handbooks for Mormon girls. Designs for a Rotunda-shaped building in Salt Lake City’s Temple Square. A miniature model representing the gold plates of the Book of Mormon.

These are examples of more than 10,000 books and other print materials from the collection of scientist and Latter-day Saint historian Gregory A. Prince presently being installed in the UVA Library collections. While the collection covers Mormonism’s entire history, its unique strength is in 20th-century history of the Church of Jesus Christ of Latter-day Saints.

The donation, a major collaboration between the UVA Library and the College and Graduate School of Arts & Sciences, makes UVA the leading site for the study of Mormonism outside of Utah with such an extensive research collection covering the range of Mormondom, including the history and culture, several scholars said.

“With the gift of the Gregory A. Prince Collection, the UVA Mormon Studies Program is poised to provide the leadership needed for a new generation of students and researchers of Mormonism,” Kathleen Flake, UVA’s Richard Lyman Bushman Professor of Mormon Studies, said. “Built over a lifetime of research in, and writing about, Mormonism, it is widely recognized as one of the finest private collections in the world. In terms of 20th-century materials, it is unique.” 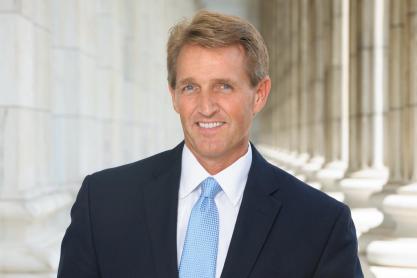 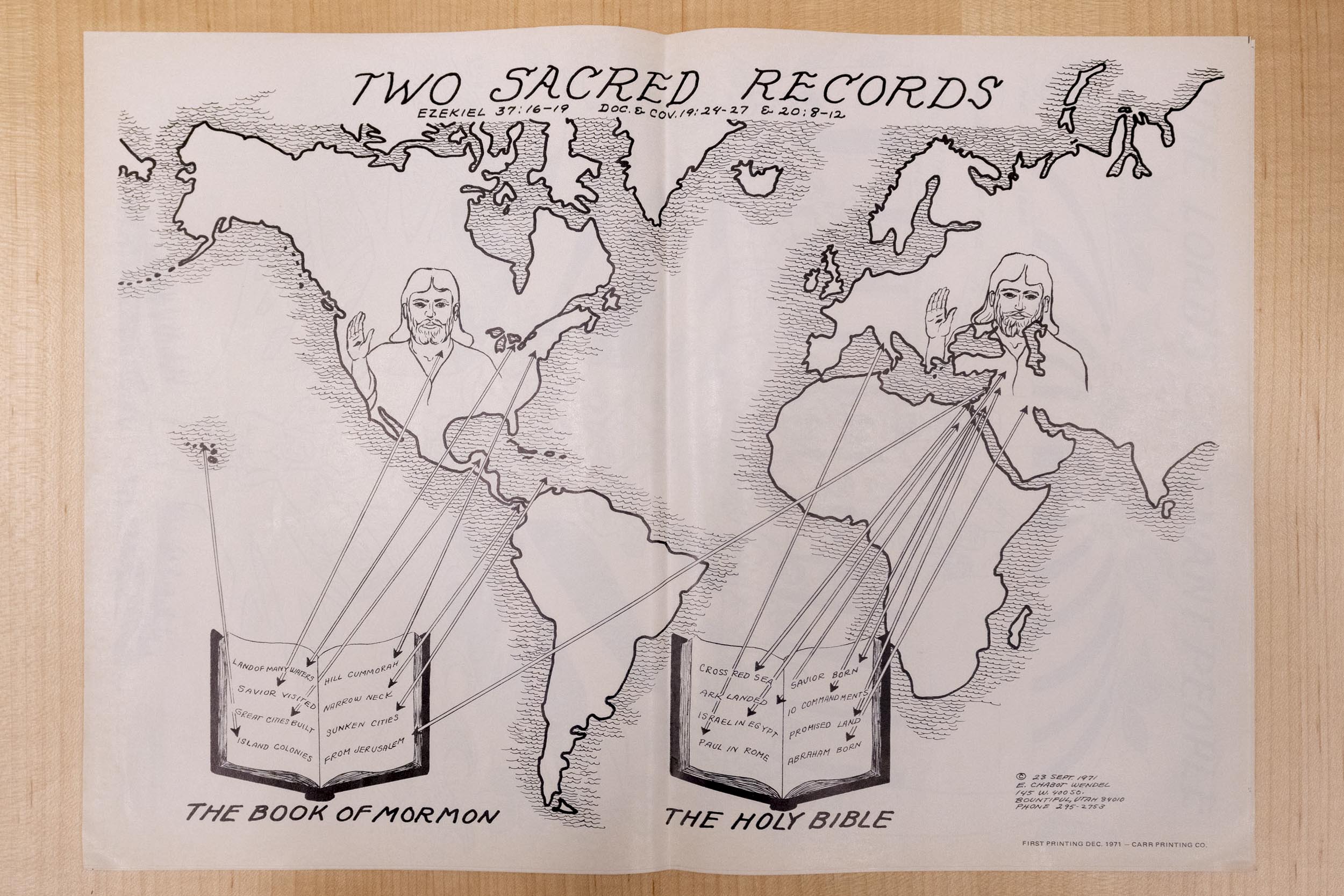 An example of “Discussion Getters,” plastic-covered charts published in 1971 for teaching the basic tenets of the LDS religion, used by priests, parents and missionaries.

What else does it contain? There’s a dictionary of Sign Language terms for the Church of Jesus Christ of Latter-day Saints. There’s a typed-up and copied newsletter, called “Affirmation,” for gay and lesbian Mormons, Los Angeles chapter July 1981. In addition to unusually contemporary items and books, the collection features a comprehensive mix of rare printed ephemera from various communities, including printed materials from LDS church groups, children’s organizations, mission magazines from around the world, splinter sects and even anti-Mormon materials.

Mormons, Then and Now

Originally, the term “Mormon” was used as an insult and gradually absorbed as a nickname for members of the Church of Jesus Christ of Latter-day Saints, Flake said. Church leaders at various points in time, including recent years, have asked that its official name be used, not merely as courtesy but as more accurately conveying its Christian identity. Founded in 1830 in upstate New York by Joseph Smith, the church was among the many that sought to restore ancient forms and powers of early Christianity, according to Flake.

“Smith’s restorationism was characterized by a belief in modern revelation, including the new scripture which gave rise to its nickname, The Book of Mormon,” Flake wrote in an email. “Together with the Bible, it is still recognized as scripture by the church, now headquartered in Salt Lake City, after being driven by persecution to the far West.” 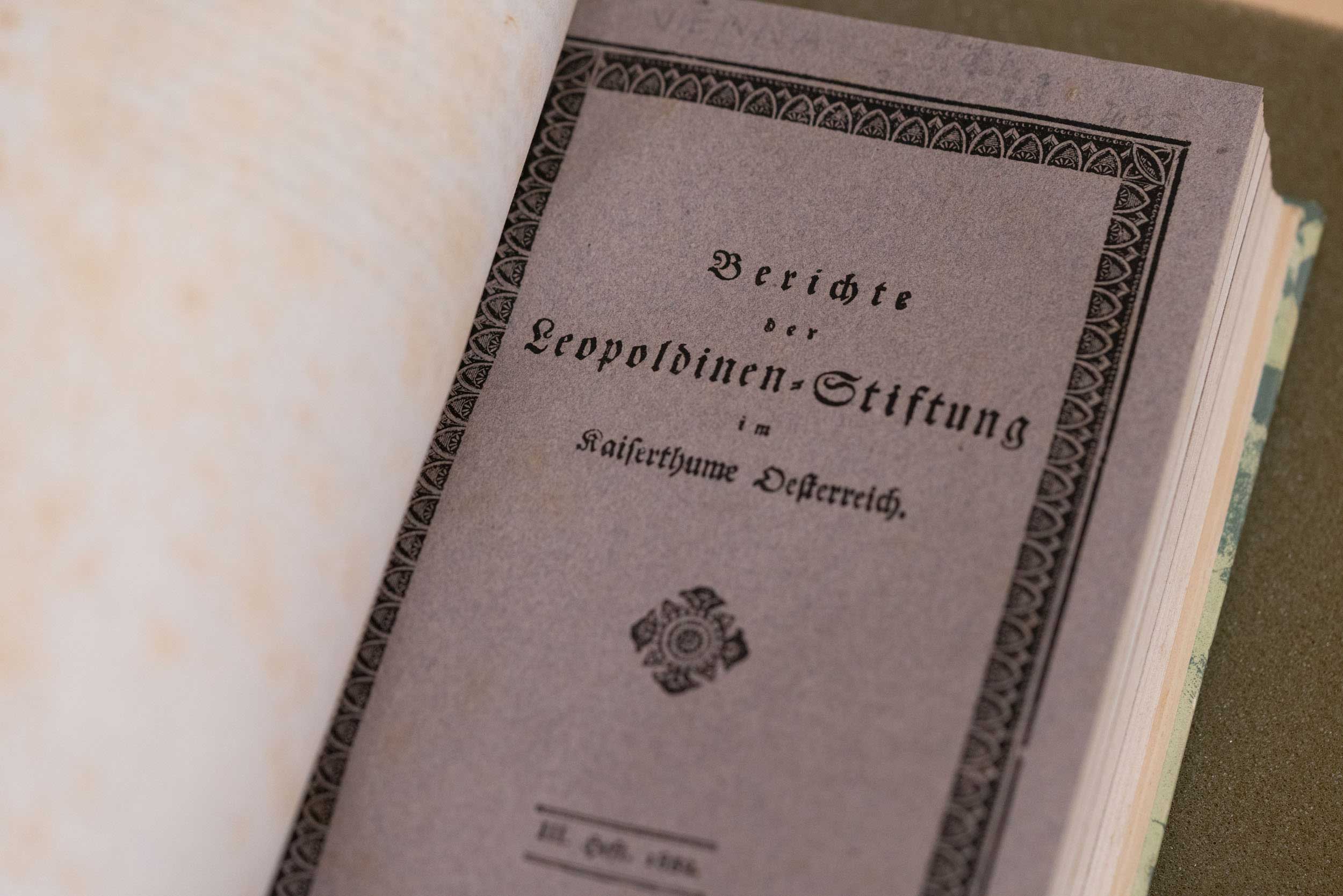 This 1832 periodical, “Berichte Leopoldinen-Stiftung,” features a description of Joseph Smith and the Book of Mormon translated into German and is believed to be the first mention of Mormonism printed outside the U.S.

“Mormonism” is a more general term for the several groups which look to Smith as their founder. Among the most well-known are small sectarian groups, Flake said, referred to collectively as “Fundamentalist Mormons,” who continue the practice of polygamy, which was abandoned by the Church of Jesus Christ of Latter-day Saints more than 100 years ago. Yet another strain of Mormonism called the Community of Christ is headquartered in the Midwest. All of these groups are represented in the Prince collection.

“Today, Latter-day Saints are roughly only 2% of the U.S. population and, according to the Pew Forum, only one-third of Americans can say they know one,” Flake said.

“Most Americans are neutral about Mormonism,” she said, “feeling a little more positively about it than Hinduism and less than Buddhism, again according to Pew. That said, these perceptions can be, like the rest of the nation, polarized in the context of certain political debates, especially given the church’s doctrines on gender and sex, and its membership’s loyalty to the Republican Party.”

Why a Mormon Studies Collection?

Flake, who said she has always been interested in how religion works, pointed out that Mormonism is a particularly accessible, even transparent, example. “As a form of Christianity that originated in the world’s first modern democracy and thrives in a postmodern, globalist culture, Mormonism can tell us much about the nature and functioning of religion generally,” she wrote in an email. “As a modern revelatory tradition, its origins and historical development have been and are much commented-on and recorded by insiders and outsiders. The Prince Collection is an extraordinarily rich source of such records.” 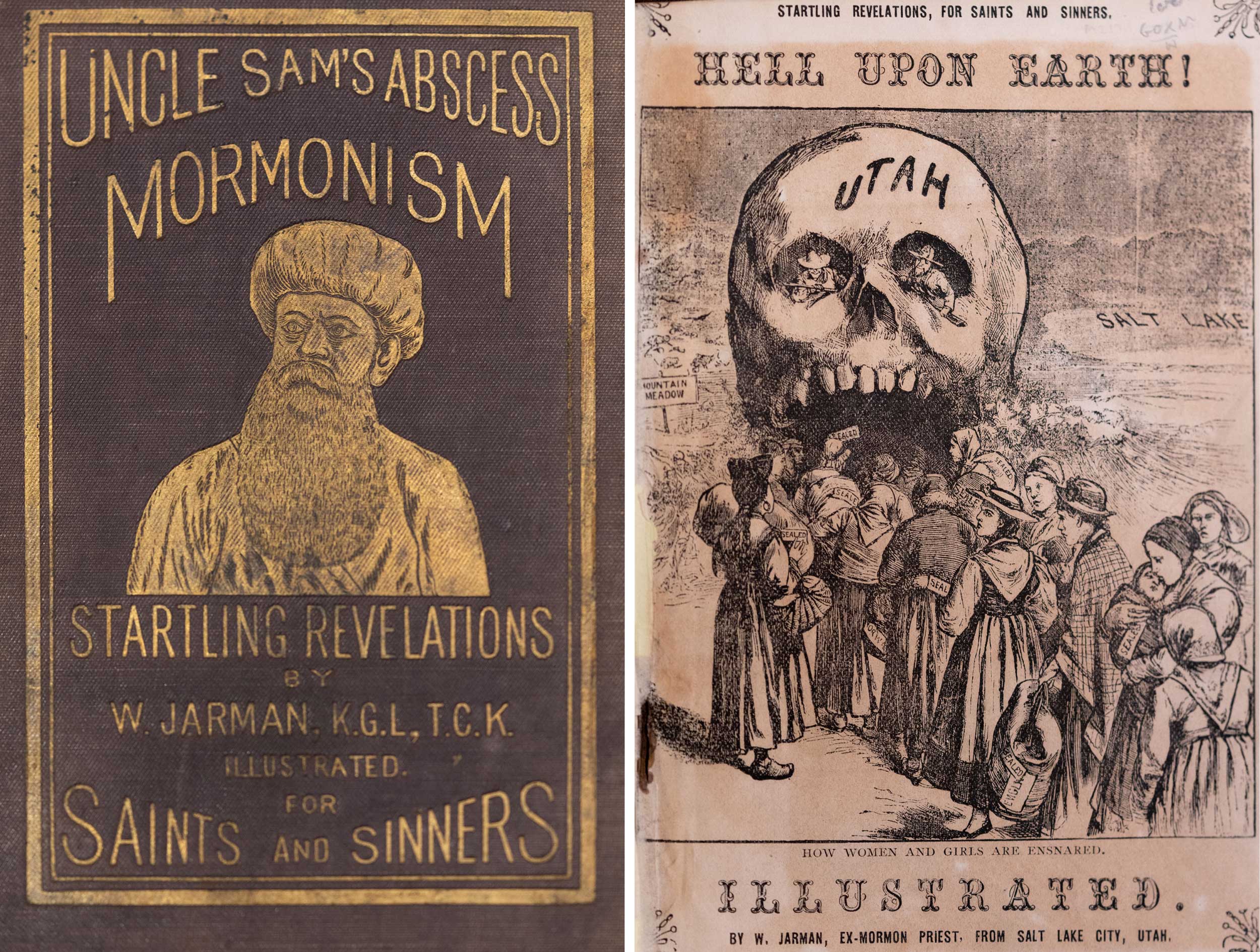 The Prince collection is replete with examples of anti-Mormon views and propaganda like this book with cautionary cartoons from the late-19th century.

Schwartzburg added: “Mormonism is an American-founded religious movement, with deep roots in 19th-century New England. UVA has both exceptional American-oriented academic programs and exceptional American rare book holdings. This collection fills a major gap in not just the study of the Mormon faith, but a range of regional and social print cultures.”

She predicts the collection will be of interest to a wide range of scholars and students, including those in religious studies, American studies, history, politics, media studies and literature.

“I’ve been stunned at how many items are recorded only in Utah libraries or nowhere,” she noted. “I anticipate that a lot of original research will be generated as soon as we can open the collection to the public.”

Matthew Hedstrom, an associate professor also in UVA’s well-regarded Department of Religious Studies, elaborated. “Mormonism is a fantastic arena in which to study so many topics of historical and theoretical interest to scholars of religion, precisely because it is a modern new religion and so well-documented,” he wrote in an email.

Hedstrom added, “Ritual, revelation, scripture, community, religious persecution, race, gender, sexuality, missions – these and many other topics are central to the study of religion, and marvelously available for study through Mormonism. For historians of U.S. religion, politics and culture, Mormonism also affords fascinating windows into the ties between religion and capitalism, business, modern conservatism, social movements, and so on. The Prince collection, especially with its strong holdings in the 20th century, should be of great interest to scholars who study these aspects of modern U.S. history.”

Who Is Gregory Prince?

Prince, a sixth-generation Mormon born and raised in Los Angeles, began collecting about 50 years ago near the end of his time in dentistry school. He then earned a Ph.D. in pathology – both degrees from UCLA – and has had a career in biomedical research, developing a successful treatment for RSV disease, a virus that strikes infants around the world, while working with the National Institutes of Health, Johns Hopkins University and his own biotechnology company. 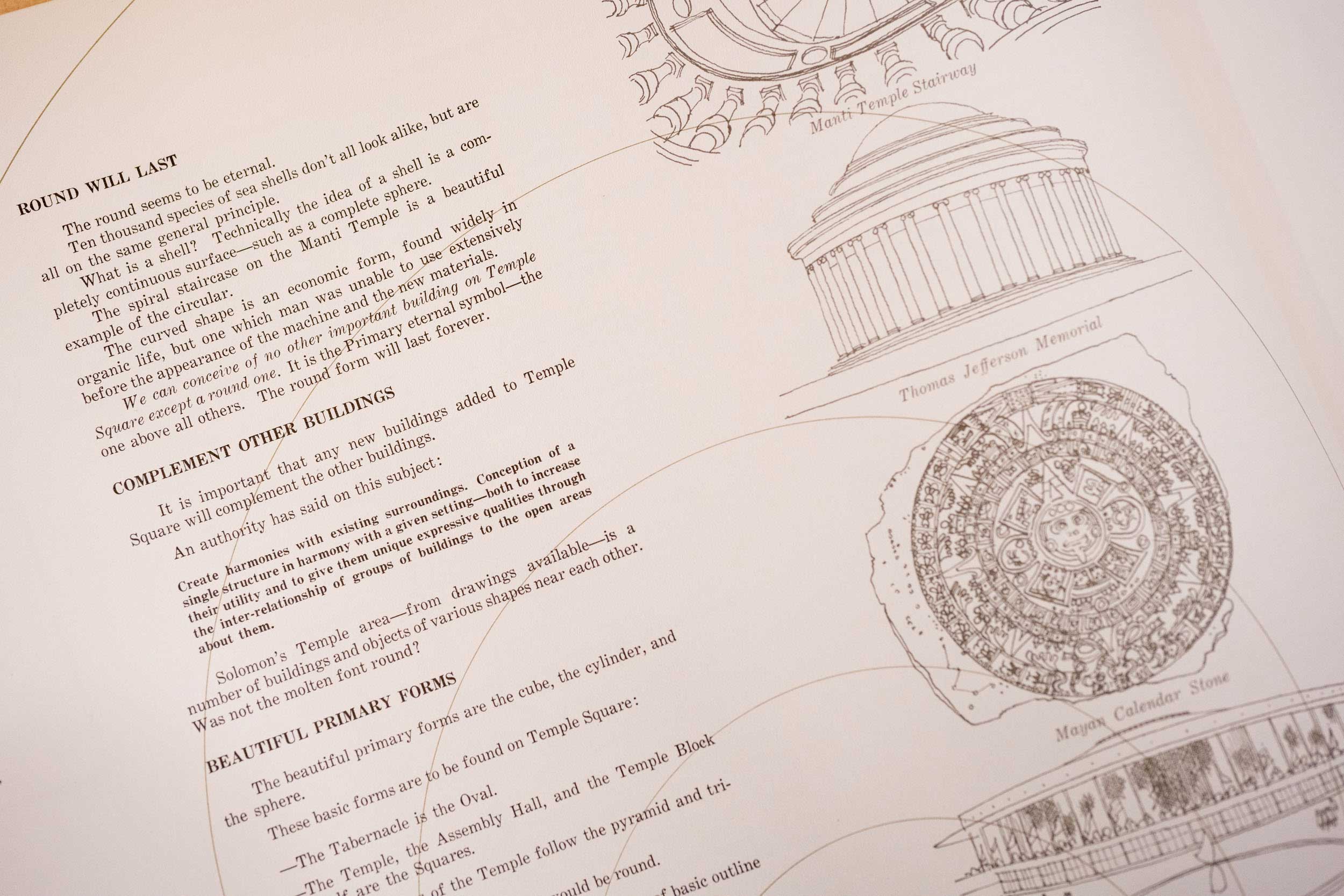 A page from the 1960 book-length proposal for a Rotunda-shaped Mormon religious building to be added to Salt Lake City’s Temple Square by Stephen G. Covey (father of Stephen Covey, author of “The 7 Habits of Highly Effective People”). He spent 15 years of research and planning on the design – but the edifice was never constructed.

In his early adulthood, as he began participating more in the Church, he came up with questions “and few answers,” he said. He was determined to “own” his religion, he said. Prince himself has written four books on Mormon topics published by academic presses, including an eight-year process that culminated in 1995 with the publication of “Power From on High: The Development of Mormon Priesthood.” His other titles include: “David O. McKay and the Rise of Modern Mormonism,” “Leonard Arrington and the Writing of Mormon History” and “Gay Rights and the Mormon Church: Intended Actions, Unintended Consequences.”

Prince said that he realized his collection “needed to have a second life, given that my own use of it was coming to an end.” He began discussing it with Richard Bushman, who endowed the Mormon studies professorship that Flake holds at UVA, and contacted officials of the University about the possibility of donating the library to UVA.

Prince had known Flake when she was a professor at Vanderbilt University and said he was thrilled when UVA hired her as the Bushman Professor of Mormon Studies in 2013. “The reason was obvious: a chair in Mormon studies would lay down a marker, but a chair and a world-class research library would make UVA a center for Mormon Studies that would be unrivaled by anything else east of the Rocky Mountains,” Prince said. 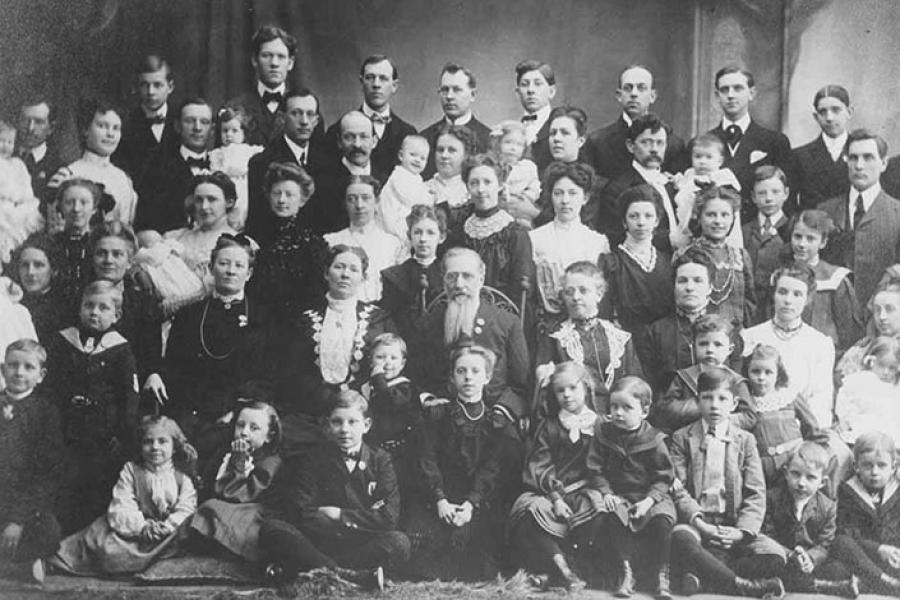 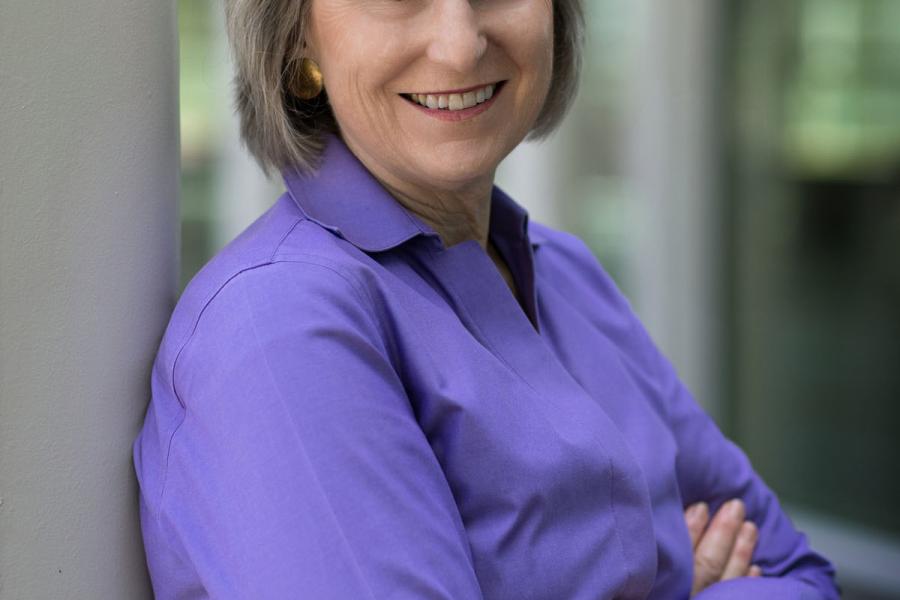 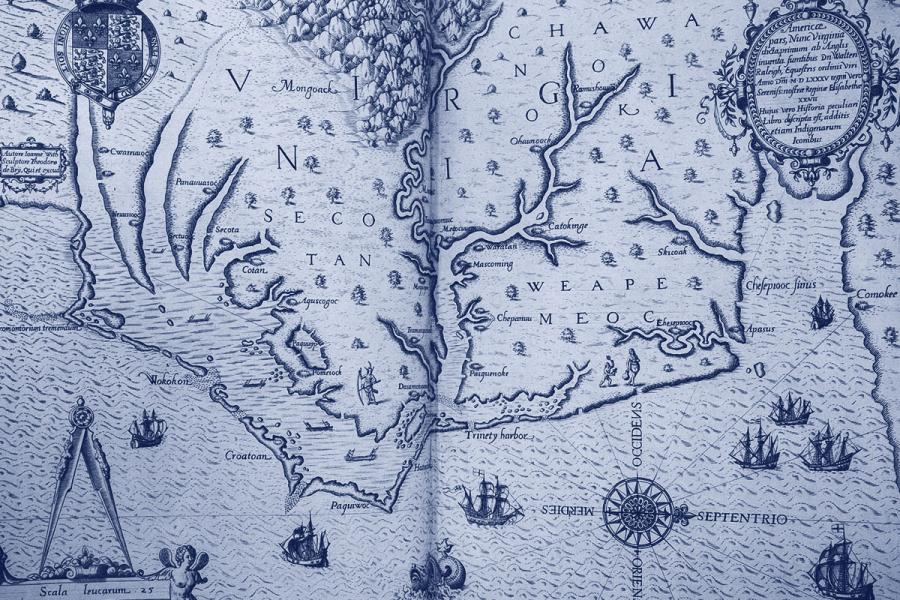