This UVA Alumna Strung Together an Impressive Eight Victories on ‘Jeopardy!’ 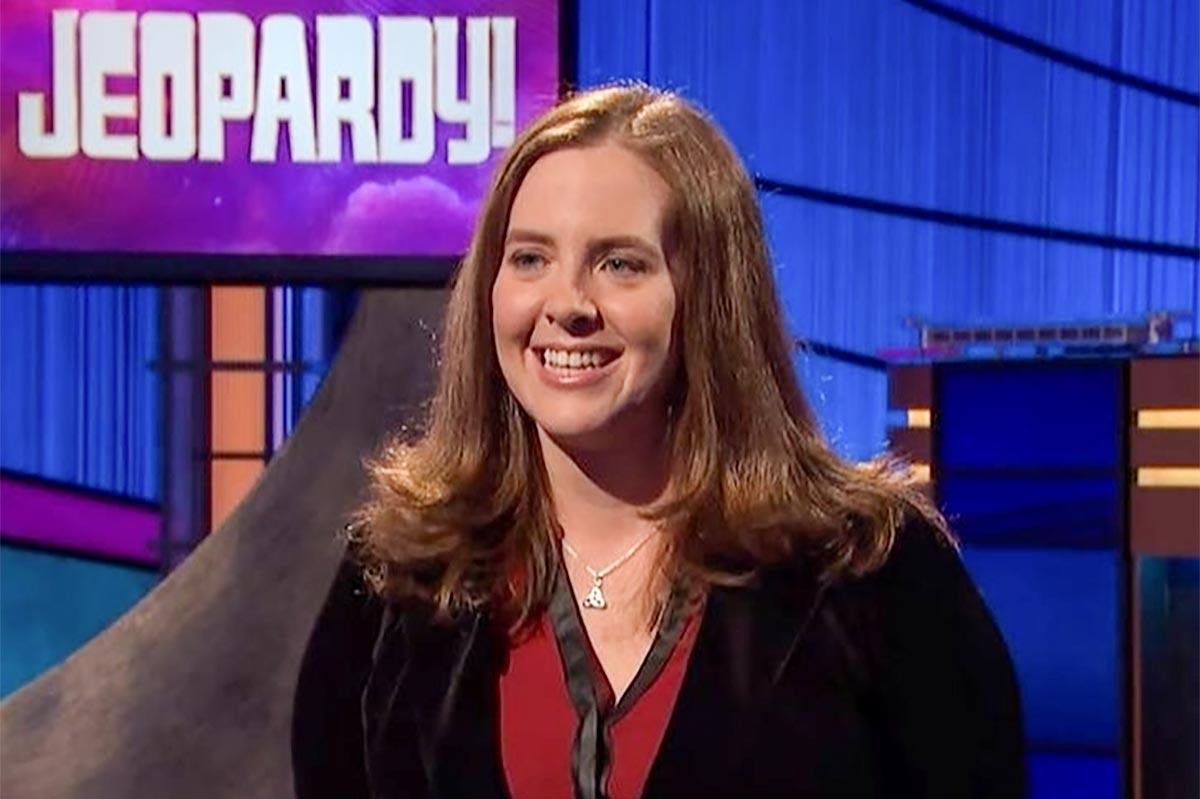 Karen Farrell had a thrilling run on “Jeopardy!,” racking up tens of thousands of dollars in an eight-day winning streak on the popular television game show.

Farrell displayed her knowledge and adept gaming style in “Jeopardy!” games broadcast in late 2019 and 2020, finally losing to Lisa Warne-Magro Tuesday evening. Still, her numerous victories qualified her for the annual “Jeopardy!” Tournament of Champions, which brings back the year’s top champions to compete against one another.

In a video posted on the “Jeopardy!” Twitter feed before Tuesday’s showdown, Farrell said of her winning streak; “I just can’t believe it. I’m still shaking.” The political consultant holds two University of Virginia degrees in foreign affairs, a master’s earned in 2011 and Ph.D. earned in 2015.

That's 8 straight for Karen! Watch Jeopardy! tomorrow at your usual time and channel to see if she can win 9. Then tune in again at 8|7c on ABC to watch the start of Jeopardy! The Greatest of All Time! pic.twitter.com/w1hn2QxoQX

“One thing that you have discovered about our champion, Karen, is that she’s good,” said “Jeopardy!” host Alex Trebek following one of her winning performances on the program.

Most of her games were runaway successes. Farrell averaged $20,000 in winnings each night.

She said she plans to sock away much of her earnings to support the education of her young daughter, Elizabeth, who was born just last year.

“Honestly, it just felt like something I was always meant to do; being part of the whole world of ‘Jeopardy!,’” she said. “It’s something I have been watching my whole life.”