U.Va. Appoints Craig H. Benson as Dean of the School of Engineering and Applied Science 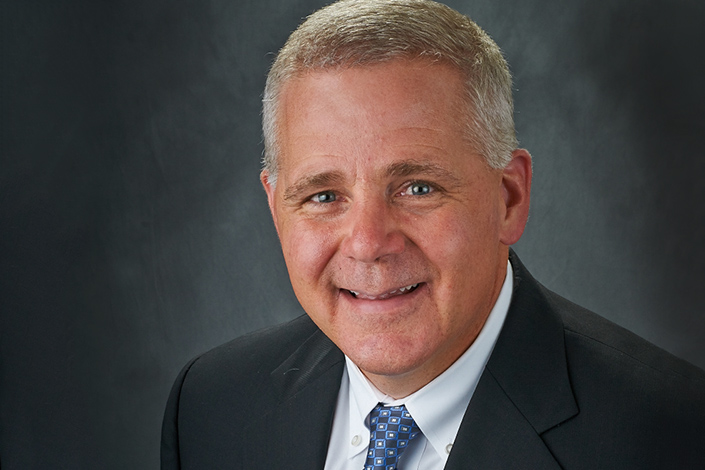 Benson, a member of the National Academy of Engineering, is a renowned geoenvironmental engineer with a distinguished record of research. At the University of Wisconsin-Madison, he chairs the Department of Civil and Environmental Engineering and the Department of Geological Engineering, co-directs the Office of Sustainability and directs Sustainability Research and Education. Benson is also an affiliate professor at the university’s Nelson Institute for Environmental Studies.

He will succeed James H. Aylor, who is in his 11th and final year as dean. During his time as dean, Aylor recruited new faculty, grew enrollment, increased research revenue, built new facilities and fostered a series of innovative partnerships with industry and government. He will rejoin the faculty after a one-year sabbatical.

The School of Engineering and Applied Science is the second-largest of U.Va.’s 11 schools, with 2,688 undergraduate and 585 graduate students and 141 faculty members. The school offers 10 undergraduate degrees and 10 graduate degrees, and earned $49.2 million in sponsored research awards last year.

“During the course of Jim Aylor’s deanship, the School of Engineering and Applied Science has solidified its position as a national and global leader in the engineering and science fields that the school represents,” U.Va. President Teresa A. Sullivan said. “Craig Benson’s experience and vision will sustain this momentum and will advance the school in ways that will benefit the University.”

Executive Vice President and Provost John D. Simon said the choice was an easy one. “During this international and highly competitive search, Craig separated himself from the field of candidates,” he said. “We are thrilled that he has accepted this important leadership role. Craig possesses the innovative strategic and tactical acumen and passion for teaching and research necessary to build on the firm foundation Jim Aylor has laid.

“The University will provide additional funding to the Engineering School, contingent on meeting certain milestones that include growing the faculty, engaging faculty in building strength and depth in key research areas, growing enrollment and developing innovative partnerships and successful philanthropic investments,” he added.

Benson said he is “both enthusiastic about and grateful for this opportunity at one of the nation’s great public universities.”

“The University of Virginia epitomizes the dedication to students, research and public service to which all institutions of higher education should aspire, and the commonwealth of Virginia and U.Va. have made an important statement regarding the important role that STEM education, and engineering in particular, has in the future of the nation’s economy,” he said.

At Wisconsin, Benson developed long-term strategic hiring plans for both the Civil and Environmental Engineering and the Geological Engineering departments and developed growth programs that led to the highest historical enrollments, plus a 25 percent increase in new faculty. He developed an undergraduate curriculum strategy that linked schools and colleges across campus and led the development of a revenue-generating professional master’s program in environmental engineering and a campus-wide undergraduate sustainability certificate for students. Benson’s diversity plan in Geological Engineering successfully grew enrollment of women to 51 percent of the student body.

In addition to being named a member of the National Academy of Engineering, Benson is a fellow of ASTM International and the American Society of Civil Engineers and a Diplomate of Geotechnical Engineering in the Academy of Geo-Professionals. He was named one of the Top 100 educators by the Wisconsin Student Association and received an outstanding professor award from the ASCE Wisconsin Student Chapter.

“We would also like to express our gratitude to the search committee, chaired by Engineering School Professor Emerita Anita Jones, for its hard work and leadership, as well as to the U.Va. Executive Search Group and the search firm Russell Reynolds for its collaboration and dedication during this search for the next Engineering School dean,” Simon said. “We appreciate the rigorous and careful process by which the committee, representing the community’s various stakeholders, selected the final candidates.”

“The search committee was thrilled and impressed with the very high caliber of candidates with interest in the position of dean of the School of Engineering and Applied Science, and Craig Benson was a leader among them,” Jones said.  “I believe that the high quality of candidates for the position of dean is a reflection of the accomplishments of Jim Aylor and many others to position the Engineering School for rapid advancement in the near future.”

“I could not be happier about the outcome of this search,” said Engineering School alumnus David Gee, president of the Engineering School Foundation’s Board of Trustees and a member of the search committee. “To have someone of Craig’s caliber take over the helm after the able leadership of Jim Aylor is going to bring great things to this school. I am also encouraged by the University’s interest in engineering and in STEM education as demonstrated by the commitment of financial support that has been offered.”