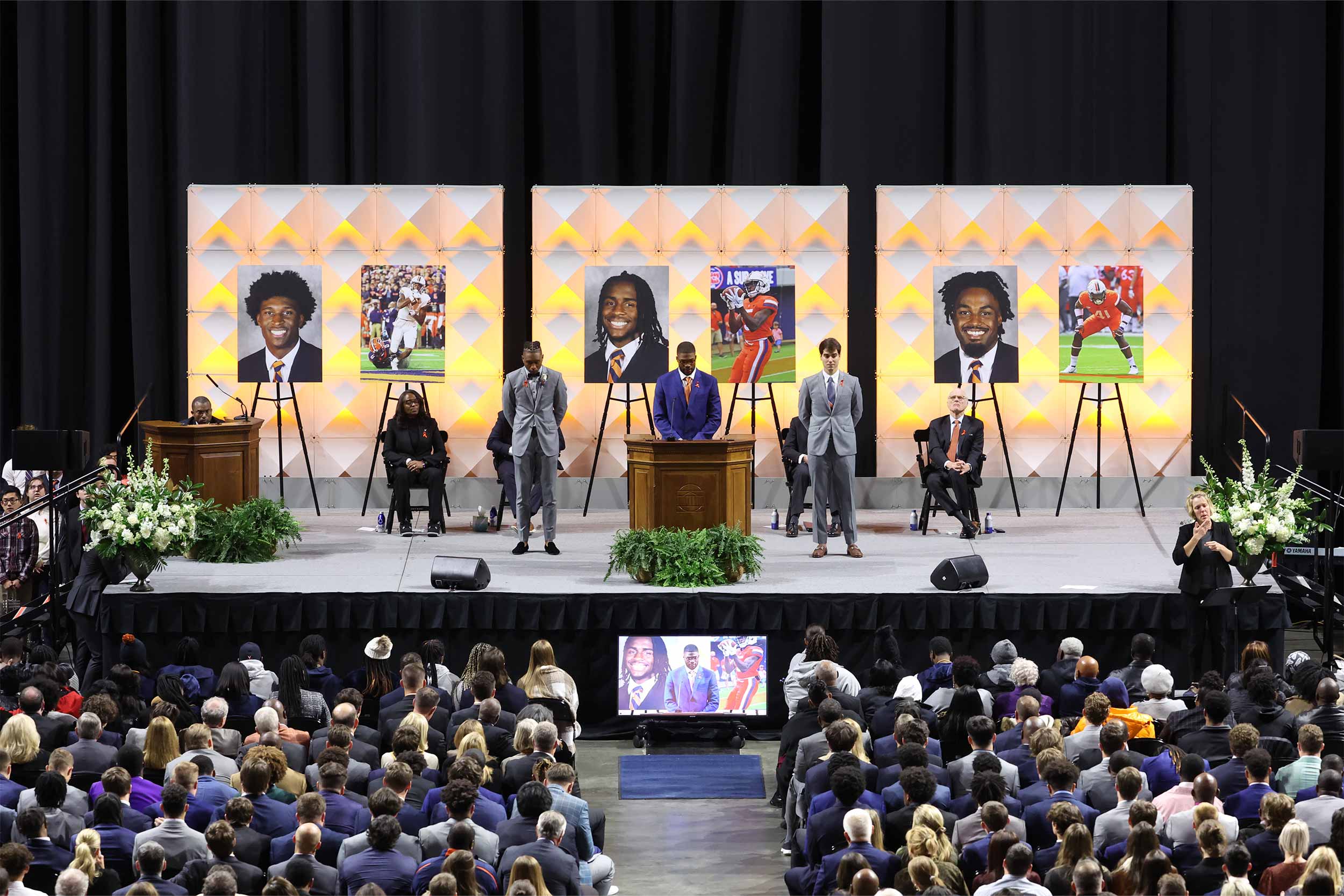 The University of Virginia is honoring the three student-athletes who lost their lives in a shooting last month with posthumous degrees.

The College of Arts & Sciences departments where the students were studying, and the Office of the Provost, approved awarding the posthumous degrees to Lavel Davis Jr., Devin Chandler and D’Sean Perry. Associate Dean for Undergraduate Academic Programs Rachel Most, who served as dean for all three students in the College, initiated the request.

The printed degrees were delivered to Director of Athletics Carla Williams, who along with President Jim Ryan and others from UVA Athletics and the University, has attended each player’s hometown funeral.

Davis, Perry and Chandler, all members of the UVA football team, were killed Nov. 13 aboard a chartered bus after returning to Grounds from a field trip. Two other students, Mike Hollins and Marlee Morgan, were wounded in the shooting, and have since been released from the hospital following treatment.

Hollins also is among seven football players who are anticipated to complete the requirements for their undergraduate degrees this month, a milestone celebrated by the football team last week.

The tragedy led to an outpouring of support – and grief – in the University community and far beyond.

At Davis’s funeral service on Nov. 30 in North Charleston, South Carolina, Williams said it became obvious in talking with Davis’s family “why earning his degree from the University of Virginia was so important to Lavel. He worked extremely hard for it.”

Williams on Monday said, “It was a great honor to be a part of presenting these diplomas to the families of Devin, Lavel and D’Sean.”