U.Va. Architect: ‘Jeffersonian Grounds’ Restoration Would Be a First 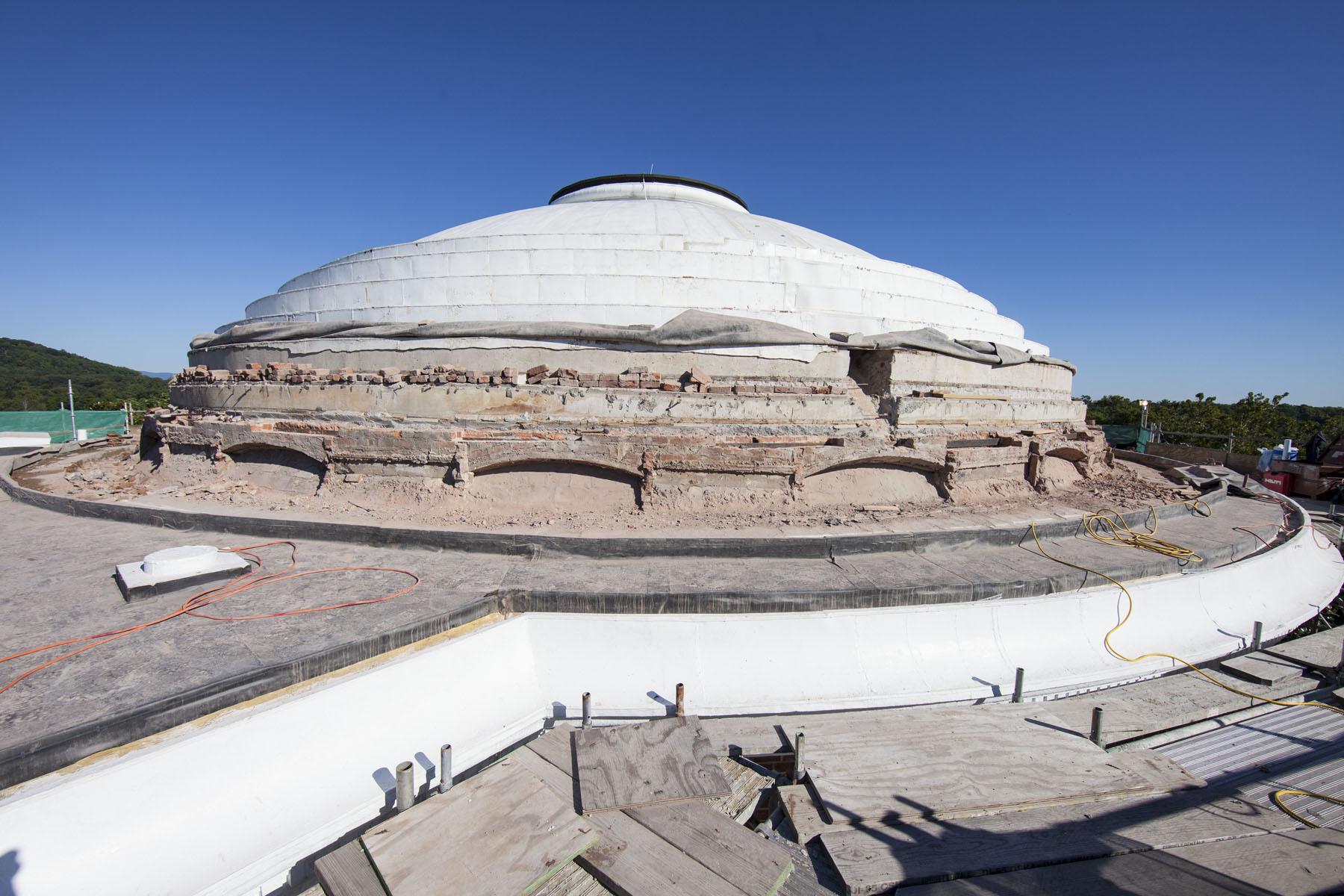 Not since Thomas Jefferson built his Academical Village has the University of Virginia undertaken a planned, comprehensive restoration of the beloved “heart of the Grounds.” David J. Neuman, architect for the University, outlined the opportunities and issues for such an initiative at today’s meeting of the Board of Visitors’ External Affairs Committee.

The scope of a restoration would transcend physical structure, Neuman said, although critical repairs – such as the current work on the Rotunda roof – are a major component. The goal, he said, is “a new age of engagement with the whole of the University and the general public.”

President Teresa A. Sullivan has noted that U.Va., the only American university listed as a U.N. World Heritage Site, has a distinctive physical presence. “Our architecture tells a story about how we believe we teach and learn at U.Va., with faculty and students side by side, sharing and creating knowledge,” she said. “As we approach U.Va.’s bicentennial in 2019, it’s our responsibility to ensure that Mr. Jefferson’s legacy is there for future generations of U.Va. students and faculty.”

John L. Nau III, a member of the board and chair of the External Affairs Committee, requested the overview, which had been developed over several months. Neuman outlined four pillars for the restoration of what he called “the Jeffersonian Grounds”:

Previous efforts to preserve and repair the Academical Village were usually in response to calamity, Neuman said, such as the 1895 fire that all but destroyed the Rotunda. His presentation included photos of completed projects, such as the renovation of Pavilion X, the installation of stone walls and better grading along McCormick Road and a recently improved Poe Alley.

Photos also showed plywood and cardboard “poultices” on East Range masonry, intended to draw corrosive salt out of the bricks and mortar. The hotels, Neuman said, have been more or less neglected and show significant problems with age and weathering. He also pointed out what he called “contemporary protrusions” such as window air conditioning units that are noisy, waste energy, damage windows and exteriors, and drop condensation and chemicals on surfaces below.

The colonnades along the Lawn, he said, are in various stages of decline, suffering from water damage that is accelerated in some places by paint. Many of the original plaster ceilings are missing, probably torn out because of water damage.

A critical component of Jefferson’s design are the second-story walks linking faculty members’ pavilions – a way for professors from different disciplines to visit and share ideas. “He used this same concept at Monticello and Poplar Forest,” Neuman said, “but in 1835, all flat roofs leaked, so this was lost fairly early.” Early in the University’s history, the walks were being replaced by peaked roofs to address the leaks. Now, the walk between Pavilion IX and Pavilion VII (the Colonnade Club) has been restored, and Neuman promised, “It won’t leak.”

First-year seminars are this fall being held in the Lower West Oval Room of the Rotunda, which was the University’s original library. “We would like to see the Rotunda and Academical Village used to bring the whole of the University population back over to Central Grounds, to use it as Thomas Jefferson intended,” Neuman said.

Nau said he wanted to bring a broader view of the work that is needed. “I fear we are going to get the work in the Rotunda done and someone will declare victory and we will not have addressed the Academical Village,” he said.

Preserving such a historic treasure should have broad appeal to potential donors, Nau said. “This is one area of fundraising where we are going to be able to reach outside the University community,” he said. “People around the world respect what Thomas Jefferson did.”