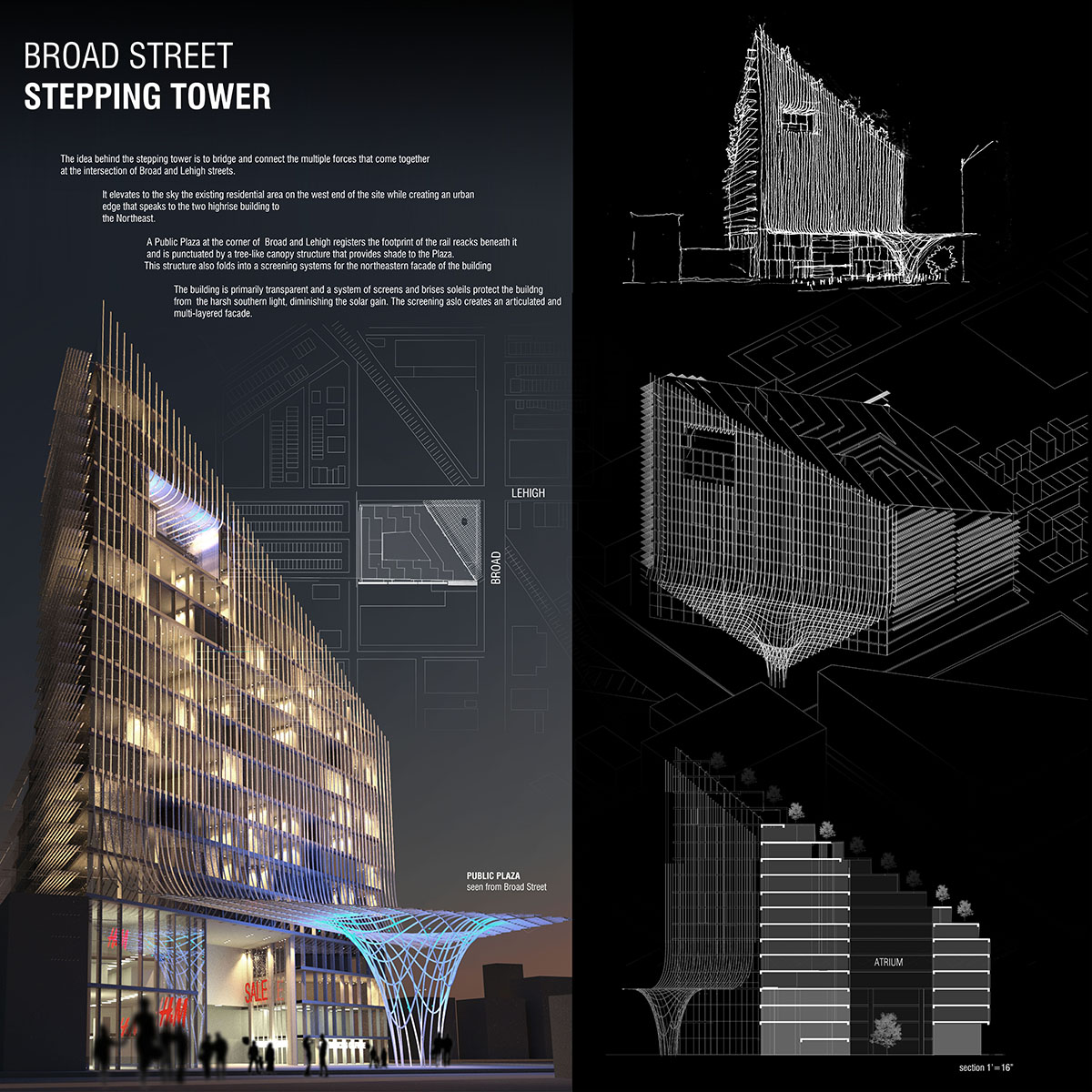 Victor Hugo De Souza Azevedo, a fourth-year student in the University of Virginia School of Architecture, won the recent Student Design Sketch Competition held by BLT Architects in Philadelphia. In recognition of the award, announced Nov. 3, the firm offered De Souza Azevedo a paid internship next summer, which he accepted.

Michael Ytterberg, principal at BLT, said, “Picking one winning design from the submissions we received was a challenging affair that spurred spirited conversation among our team here in the office. We were unified in our point-of-view that the quality of work that was exemplified by all the students is a testament to not only their skills and work ethic, but also of the quality of today's architecture schools.”

In congratulating De Souza Azevedo, Ytterberg said, “We all look forward to both mentoring and learning from you this coming summer.”

De Souza Azevedo, an international student from Brazil, said was looking for “something exciting to do” during fall break.

“I decided to enter the competition in order to prove myself as a designer and challenge myself even more,” he said.

The competition, open to students in the mid-Atlantic region, challenged them to create a conceptual design for a public space in an area of North Philadelphia undergoing revitalization. De Souza Azevedo’s solution, which he calls “a stepping tower bridge,” connects activities at the intersection of Broad and Lehigh streets.

“It elevates to the sky the existing residential area on the west end of the site, while creating an urban edge that speaks to the two high-rise buildings to the northeast,” he said.

“My education at the U.Va. School of Architecture has taught me to quickly think and respond to design problems – how to take into consideration the pre-conditions of the site and design a building that successfully responds to them,” he said. “The mixed-use building I designed was the consequence of the multiple forces that came together at that specific site.”

When Less Is More: How Harnessing the Power of Subtraction Can Add to Life END_OF_DOCUMENT_TOKEN_TO_BE_REPLACED