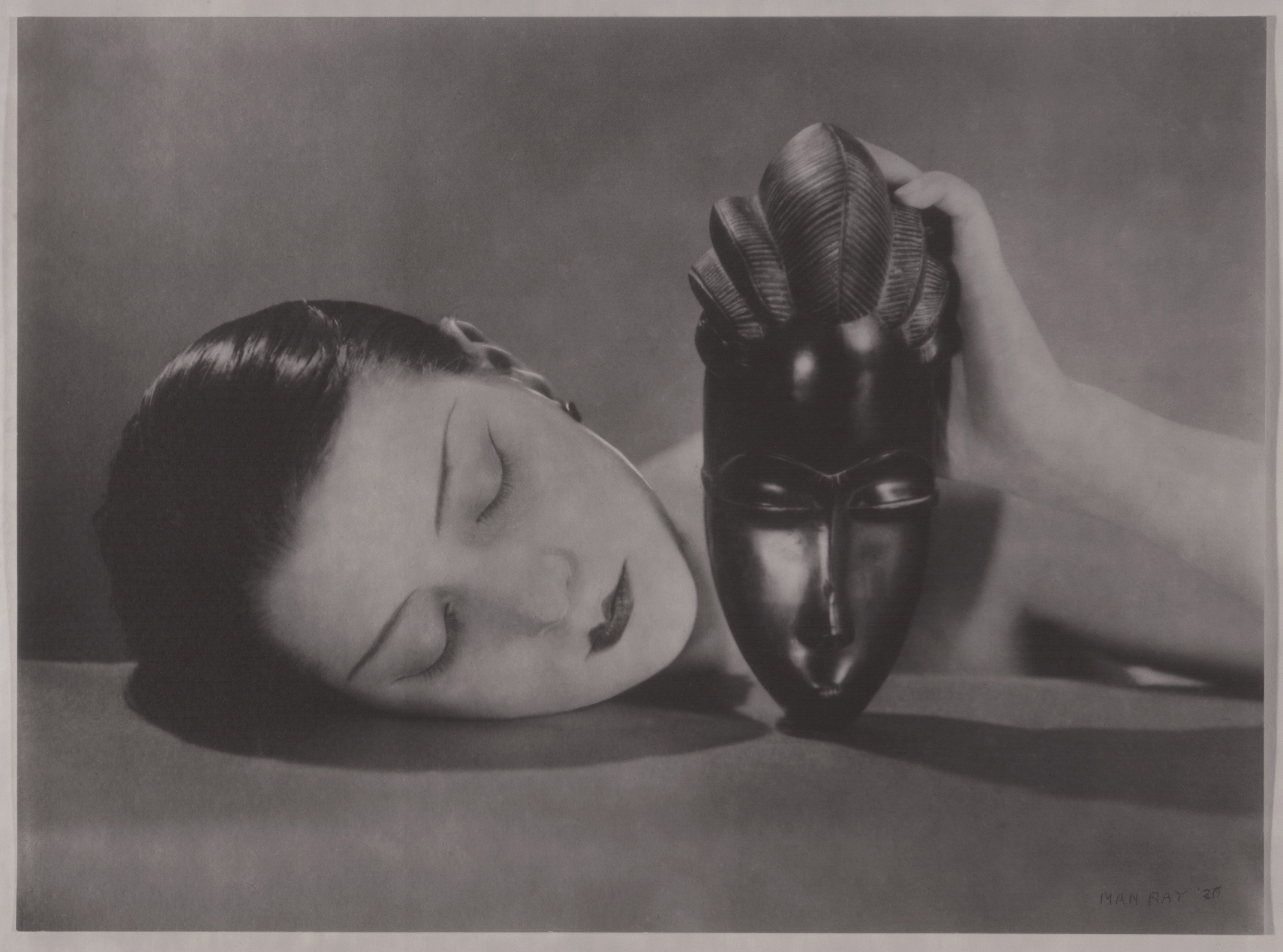 May 26, 2010 — The University of Virginia Art Museum will present "Man Ray, African Art, and the Modernist Lens," a groundbreaking exhibition exploring the pivotal role of photography in changing the perception of African objects from artifacts to fine art, from Aug. 7 through Oct. 10.

The exhibition brings to light photographs of African objects by American artist Man Ray (1890-1976) produced over a period of almost 20 years. In addition to providing fresh insight into his photographic practice, the exhibition raises questions concerning the representation, reception and perception of African art as mediated by the camera lens.

Featured are more than 50 of Man Ray's photographs from the 1920s and 1930s alongside approximately 50 photographs by his international avant-garde contemporaries such as Charles Sheeler, Walker Evans, Alfred Stieglitz and André Kertész.

For the first time, a number of these photographs are presented alongside the original African objects they feature. The juxtaposition offers a rare opportunity to encounter first-hand how various photographic techniques of framing, lighting, camera angle and cropping evoke radically different interpretations of these objects. Books, avant-garde journals and popular magazines also on display illustrate how these photographs circulated and promoted ideas about African art and culture to an international audience.

Curated by photo historian and author Wendy Grossman and organized into four sections, the exhibition frames the objects and images within diverse contexts, including the Harlem Renaissance, Surrealism and the worlds of high fashion and popular culture.

The first section presents an overview of the embrace of African art in the United States in the first decades of the 20th century. Images of African objects by American photographers, ranging from the New York avant-garde to artists of the Harlem Renaissance, reveal different understandings of African art and culture. The photographs shed light on issues of identity, gender and colonialism influenced by the country's history of slavery, segregation and disenfranchisement.

African Art in the Age of Mechanical Reproduction

Examining different print contexts in which photographs of African objects were reproduced, this section demonstrates how advances in print technologies in the first decades of the 20th century and the burgeoning of mass media played a critical role in transmitting the vogue for African art. At the crossroads of art and documentation, the works in this section reveal how the camera lens served as a prism though which a large audience first experienced African art.

Photography's controversial status as an art form and its ability to blur boundaries between dream and reality enhanced its appeal for Man Ray and his fellow Surrealists. Several of Man Ray's photographs and works by artists active in Germany, England and Czechoslovakia reflect the Surrealists' preoccupation with myth, ritual and the unconscious. This section explores how African and other non-Western objects functioned within the Surrealist world view.

The intersection of vanguard taste, fashion and interest in African art is epitomized by the works in this section: Man Ray's now-iconic photograph "Noire et blanche"; his series of fashion photographs "Mode au Congo," featuring models in Congolese headdresses; and images of writer, shipping heiress and collector of African objects Nancy Cunard. As the works in this section illustrate, Man Ray created images representing the intersection of African art, photography and high fashion.

A fully illustrated, 184-page catalog accompanies the exhibition. Written by Grossman and edited by Martha Bari, with contributions by Ian Walker, Yaëlle Biro, Poul Mørk, Rainer Stamm, Thomáš Winter and a number of prominent African art scholars, the catalog is published by International Arts & Artists and distributed by University of Minnesota Press.

"Man Ray, African Art, and the Modernist Lens" was organized by International Arts & Artists of Washington, D.C. The exhibition was funded in part by grants from the Terra Foundation for American Art, the National Endowment for the Arts, and the Dedalus Foundation.

International Arts & Artists is a non-profit arts service organization dedicated to increasing cross-cultural understanding and exposure to the arts internationally through exhibitions, programs and services to artists, arts institutions and the public.

For All of Us END_OF_DOCUMENT_TOKEN_TO_BE_REPLACED