UVA Board of Visitors Approves Modifications to ‘Whispering Wall’ Memorial 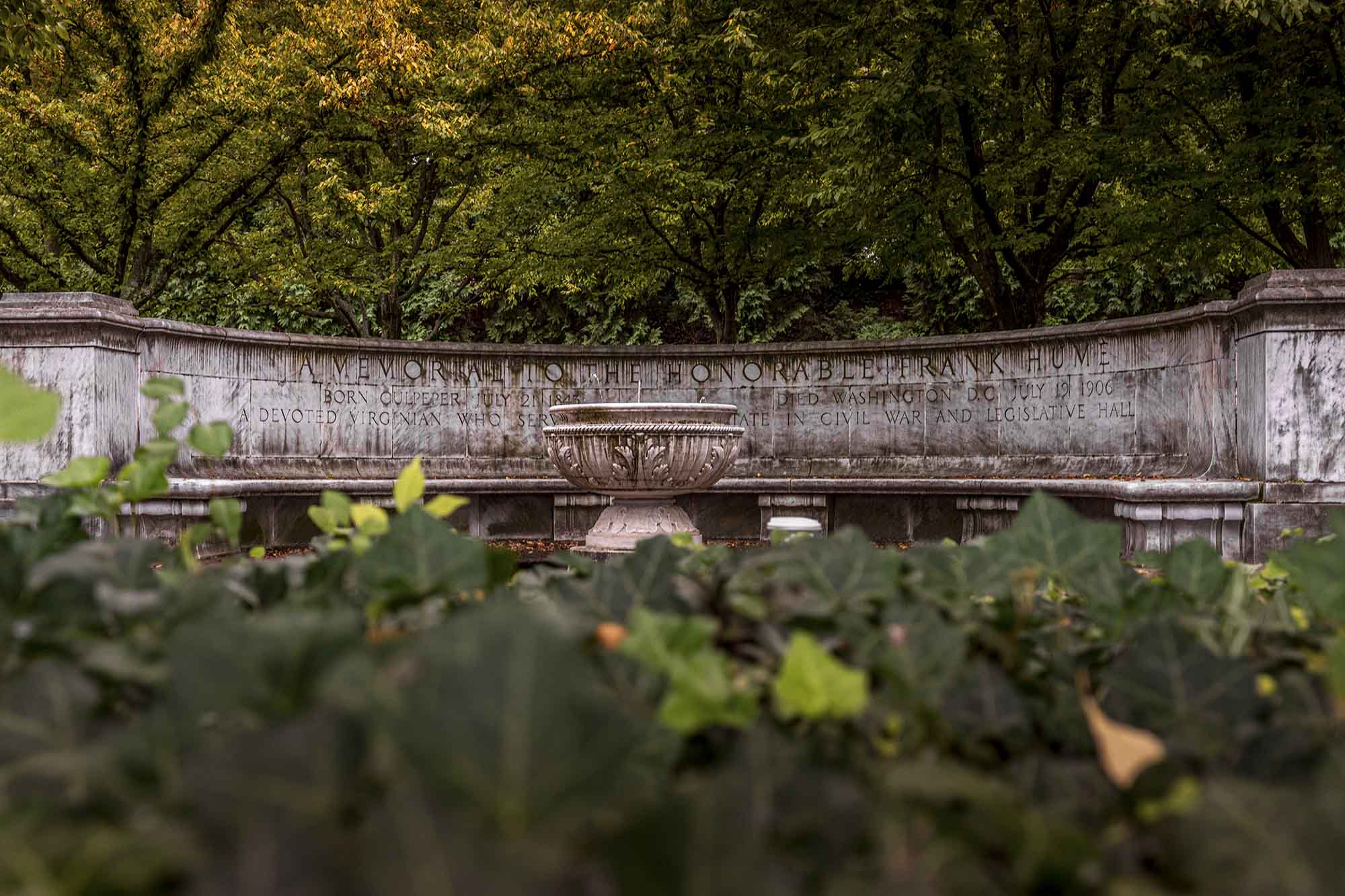 The University of Virginia Board of Visitors on Friday approved a resolution to make modifications to the “Whispering Wall” memorial, and heard an update on the George Rogers Clark statue, which will be removed from its current location this summer.

Based on the recommendation of the University’s Naming and Memorials Committee, the inscription on the Whispering Wall, originally named after Confederate soldier and Virginia politician Frank Hume, will be removed and replaced with blocks of a contrasting color to mark the change. It will also be officially designated as the Whispering Wall, which has served as its unofficial name for years.

In addition, the resolution calls for the history of the wall to be included as part of the ongoing digital contextualization of statues and memorials across Grounds.

The matter was referred to the Naming and Memorials Committee by the Board of Visitors in September of 2020 following a recommendation from the University’s Racial Equity Task Force that rededication, if possible, or removal of the memorial be explored.

Dedicated in 1938, the Whispering Wall is a marble monument and fountain located near Newcomb and Monroe halls. The name comes from the fact that the wall’s shape allows whispers to carry from one part of the wall to another.

The Naming and Memorials Committee, chaired by Michael Suarez, English professor and executive director of the Rare Book School, made the recommendation after months of study and input from the community, including a public listening session.

“It is our hope that the newly configured and repurposed fountain and bench, with its whispering wall stripped of all memorializing inscription, together with the landscaped plaza and surrounding environment on which it stands, will be a place that fosters authentic community, promotes nuanced and complex historical understandings, and occasions debate,” the recommendation from the committee reads. “We seek to inculcate a deeper understanding of why history matters to our University culture and to the values we publicly espouse.”

The Buildings and Grounds Committee also updated the board on the removal and relocation of the George Rogers Clark statue. That recommendation, also from the Racial Equity Task Force’s report, was approved in September 2020.

Senior Vice President for Operations Colette Sheehy said that a request for proposal will be issued this month to remove the statue this summer and put it into storage as the University continues to work with Indigenous leaders to determine a suitable place for the statue off Grounds.

Netflix to Add Ads. Why This Could Be a ‘Game-Changer’ for Your Viewing Experience END_OF_DOCUMENT_TOKEN_TO_BE_REPLACED

What’s Next for UVA’s Class of 2022? END_OF_DOCUMENT_TOKEN_TO_BE_REPLACED