UVA Board of Visitors to Begin Organizing Presidential Search 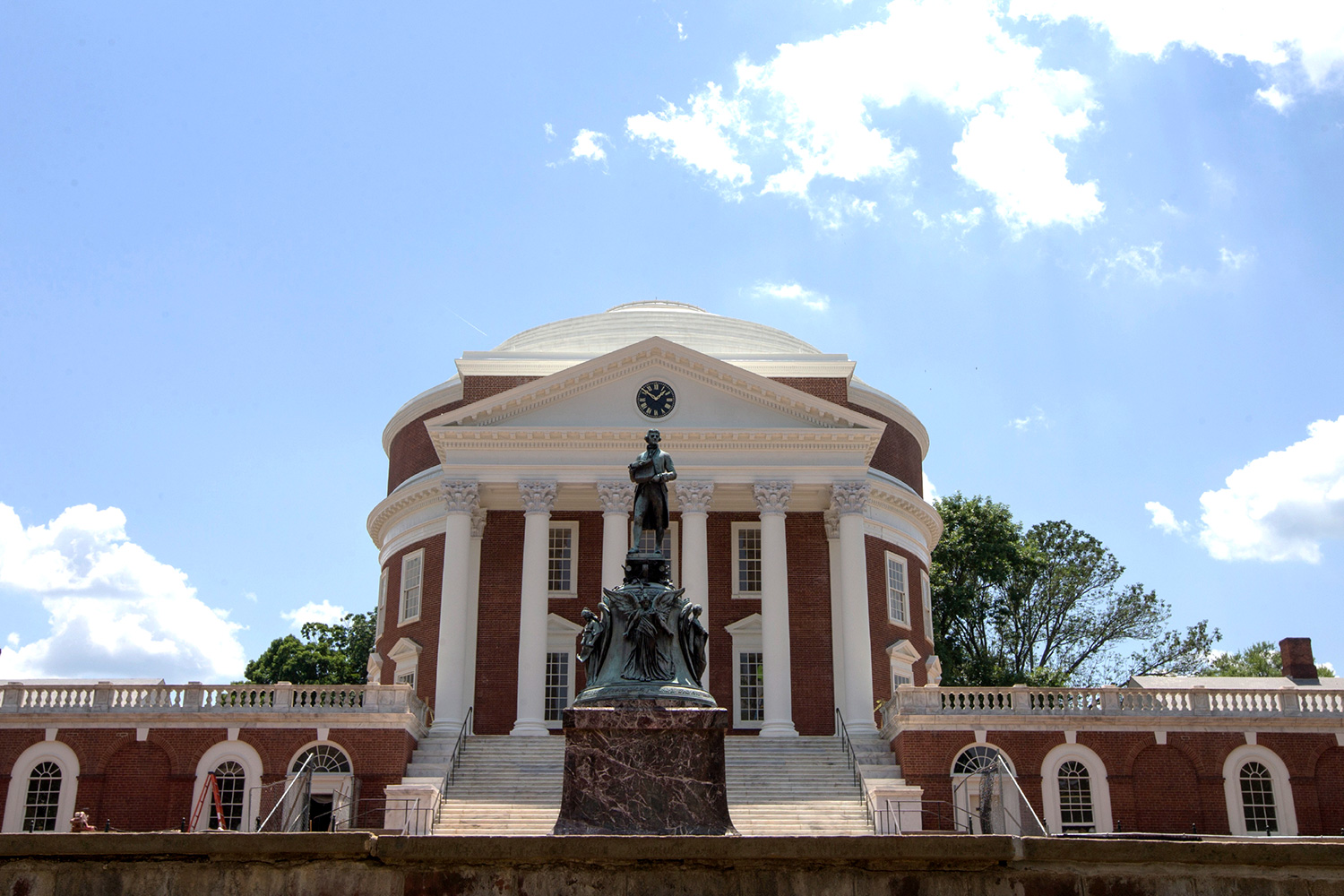 University of Virginia President Teresa A. Sullivan today announced that she has asked the Board of Visitors to begin a presidential search process that will determine her successor.

“Since my election as president in January 2010, Doug and I have cherished our opportunity to serve at the University of Virginia,” Sullivan said. “UVA’s distinguished faculty, dedicated staff and accomplished students demonstrate their capacity for achievement daily through their scholarship, discoveries, creative work and the numerous awards and accolades that they regularly collect. As 2017 begins, UVA is strong and positioned for even greater strength in the future in our academic enterprise, research programs, health system and the financial stability of the University.

“Given this strength, UVA is well-positioned for a transition to its ninth president, and I have asked the board to prepare for a presidential search,” Sullivan added.

Rector William H. Goodwin praised Sullivan for her years of loyal and dedicated service to the University community and the Commonwealth of Virginia.

“Terry Sullivan is one of the hardest-working university presidents in the country, and her steadfast commitment to serving UVA, its students, faculty, staff, alumni and supporters is truly remarkable,” Goodwin said. “During her tenure as president, Terry has devoted herself to continue a tradition of excellence that has established the University of Virginia as a nationally preeminent public research institution of higher education. On behalf of the Board of Visitors, I wish to thank her and Doug for their service to the University community and to the commonwealth, and recognize her strong record of accomplishments as the University’s eighth president.”

Goodwin said the board will appoint a presidential search committee that will be charged with bringing forward a slate of candidates to the Board of Visitors. Details of the search committee and search process will be announced soon. Goodwin said the presidential search will be an inclusive process and involve important stakeholders from the faculty, students, staff, volunteers and broader University community.

Sullivan has led the University through a period of significant progress and growth since taking office.

She launched a comprehensive planning effort in 2012 aimed at enhancing UVA’s position as a leader in public higher education by identifying strategic priorities that distinguish the University among its peer institutions, and then developed plans to advance them. This effort resulted in a new five-year strategic plan for the University, the Cornerstone Plan, which since its implementation continues to equip the University to move boldly into its third century.

Important initiatives within the Cornerstone Plan are the hiring of new faculty to succeed the large number of retiring faculty over the next decade and the establishment of pan-University initiatives that foster interdisciplinary collaborations across Grounds.

Other successes associated with Cornerstone Plan strategies include the launches of the Data Science Institute and the Brain Institute; additional investments and enhancements in student services, such as advising and career services; and a robust organizational excellence program that enhances the University’s stewardship of all its resources – from financial to facilities to technological to human resources – and aligns its processes, technology and people to support institutional priorities.

In 2013, Sullivan led the University to the successful completion of its $3 billion capital campaign and quickly organized subsequent philanthropic strategies in support of the ongoing restoration of the Rotunda and other Jeffersonian Grounds priorities, of faculty and of need-based financial aid. More recently, she established a Bicentennial Commission to help plan for the University’s 200th anniversary celebration, which begins later this year.

Sullivan and her leadership team also spearheaded the development of a new internal financial model to ensure transparency and stability while also encouraging innovation during a period of significant financial pressure in higher education.

She was an advocate for the University’s new Affordable Excellence model that significantly reduces student indebtedness for qualifying Virginia residents. Earlier this month, she and her husband, UVA law professor Douglas Laycock, provided a $100,000 gift to the new Bicentennial Scholars Fund – the first contribution to the new $300 million endowment established to support student scholarships. Sullivan and Laycock have been very generous donors to the University, and over the years have contributed more than $600,000 in support of several academic programs at the University and student financial aid.

Sullivan also increased the number of strategic partnerships with businesses and government agencies in order to bolster the University’s research portfolio.

Over the course of her tenure, Sullivan recruited several top administrators to the University, including all three executive vice presidents and nine academic deans. She also initiated a successful reorganization of the University’s health system.

Sullivan has been active in linking business and industry to higher education. In 2013, then-Virginia Gov. Bob McDonnell appointed her to the Innovation and Entrepreneurship Investment Authority. She is vice president and president-elect of the national Business Higher Education Forum; a member of the executive committee of the Virginia Business Higher Education Council; a member of the advisory board for the Northern Virginia Technology Council, the trade association of the technology industry in Northern Virginia; and serves on the board of directors of the Charlottesville Regional Chamber of Commerce.

Sullivan will be named University Professor and president emerita at the conclusion of her service as president. After a research leave, she will join the teaching faculty and looks forward to continuing to interact with students, faculty and staff on Grounds.

Fall Is in the Air on Grounds END_OF_DOCUMENT_TOKEN_TO_BE_REPLACED