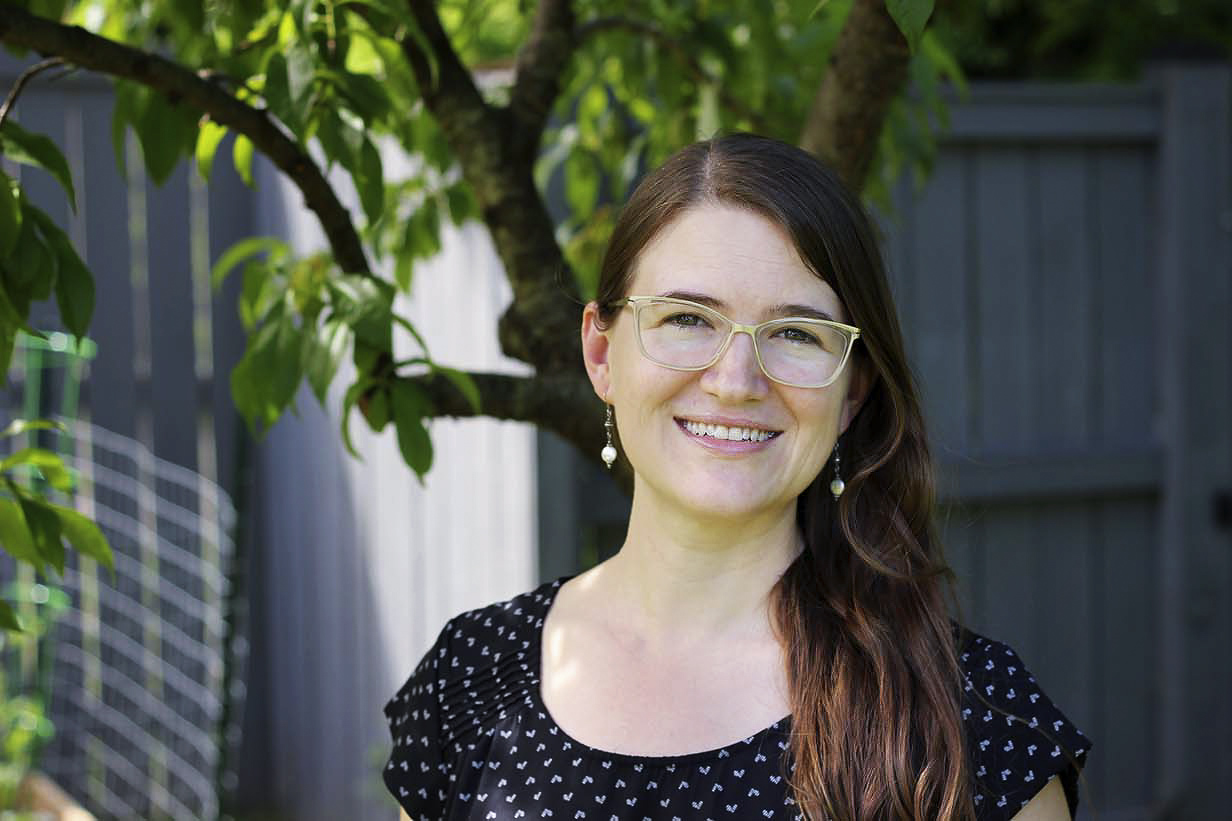 The study of polymers – molecular structures composed of thousands of atoms – may be one of the fastest-growing fields in science today. According to the World Economic Forum, research involving the synthetic versions of these macromolecules could lead to significant advances in health care, technology, transportation and clean energy.

The physical forces that govern polymer structures are extremely complex, and little is known about the mechanisms that control their growth. Kateri DuBay, an assistant professor of chemistry at the University of Virginia, is working to advance our understanding of that complexity.

For her efforts, she was recently named a Cottrell Scholar, an award that recognizes outstanding teacher-scholars for their innovations as researchers and their contributions as academic leaders. She is only the third UVA faculty member to have received the award in its 26-year history.

“Essential biopolymers, such as DNA, are also made up of many sub-units, and those repeat in a particular sequence that is really important because it encodes our genetic information that can be passed down,” she said. “In the cell, there is machinery that makes sure that the sequence is controlled, but in synthetic polymers, we have a much harder time controlling what gets bound together. To actually make that happen in a factory is a really challenging thing, and there’s a lot of effort being aimed at trying to do that very precisely.

“But it’s expensive, and it’s hard to do, and we can’t do it for very long chains.”

DuBay received the Cottrell Award for her efforts to understand a process called surface-initiated polymerization, where large molecules form from chains of component parts attached to a metal or nanoparticle surface. These brush-like collections of polymers could enhance a variety of technologies like biosensors that are used for medical diagnostics.

“We’re looking at how these complex features are forming, how they organize themselves and what kind of sequence you have at the end,” DuBay said about her work with Professor David Green of UVA’s School of Engineering and Applied Science, who is providing experimental support to test the findings in polymer composites that could be used for targeted drug delivery.

She called it “very basic science research,” but cracking the code could give polymer chemists considerably more control in the process of developing synthetics that could make pharmaceuticals more effective, or even improve solar cells or create surfaces with self-healing properties.

The Cottrell Award, sponsored by the Research Corporation for Science, a private foundation that provides funding for innovative scientific research being conducted by the academic scientists, recognizes innovation in scientific research. But to win the award, recipients must also be recognized as leaders in both the lab and the classroom.

As an educator, DuBay has worked with Jeremy Garritano, the Department of Chemistry’s liaison librarian, to develop a learning module to help students better assess scientific reports in the media. She’s also developing a program that will bring English and media studies majors into her lab to create cross-disciplinary opportunities to improve scientific literacy.

As a Cottrell Scholar, she will be starting an online professional learning community for instructors of statistical mechanics, an important high-level course that is often taught by only one instructor. Having a virtual network of those instructors from many universities, DuBay explained, will allow them to share ideas and resources for making the course better for all their students.

DuBay also will be teaching an Engagements seminar as part of the College of Arts & Science’s new curriculum. The course will explore the concept of entropy from an aesthetic standpoint and will give students from different disciplines an opportunity to develop scientific thinking skills early in their college careers.

“It’s a really simple and yet puzzling concept that I’m so excited to get to introduce to first-years who will not all be science majors,” DuBay said.

Her efforts in the classroom have made DuBay an important member of the College’s Department of Chemistry.

W. Dean Harmon, a professor of chemistry at UVA and chair of the department when DuBay was hired, said they knew they were getting a world-class researcher in her.

“What we did not realize at the time we hired her was that we also were getting a phenomenal educator, teacher and mentor,” Harmon said.

One of DuBay’s former students, Nicole Swope, now an analytical scientist who completed her Ph.D. at UVA this year, said, “What makes Kateri unique as a teacher is her unwavering commitment to both effectively educate and form positive, lasting relationships with all of her students.

“I consistently looked up to Kateri throughout my graduate studies and consider her to be a lifelong role model.”

DuBay received the Cottrell Scholar Award just a year after receiving the National Science Foundation’s CAREER Award, one of the most prestigious awards given to junior scholar-teachers and an award that also recognizes innovation in research and in the classroom. She is one of 25 scholar-teachers from the United States and Canada in the fields of chemistry, physics and astronomy who have received this year’s Cottrell Award, which comes with a $100,000 stipend, access to additional funding opportunities, and access to a network of science scholars who meet regularly to share ideas and insights.

“Kateri’s ability to win the NSF CAREER award and Cottrell Scholars award is a testament to the excellence she has developed in both her teaching and her research program,” said Jill Ventron, who is the current chair of the department. “She shows it is possible to do high level research and be a great teacher.”

“It’s not just money and prestige, which are very nice,” DuBay said, “but it’s also about being part of this community of really amazing scholars who care about doing great research and doing great teaching and pushing our fields in good directions.”

A Year We Will Never Forget: 2019-20 in Review END_OF_DOCUMENT_TOKEN_TO_BE_REPLACED

‘What Will You Carry With You?’ Remarks From UVA President Jim Ryan END_OF_DOCUMENT_TOKEN_TO_BE_REPLACED