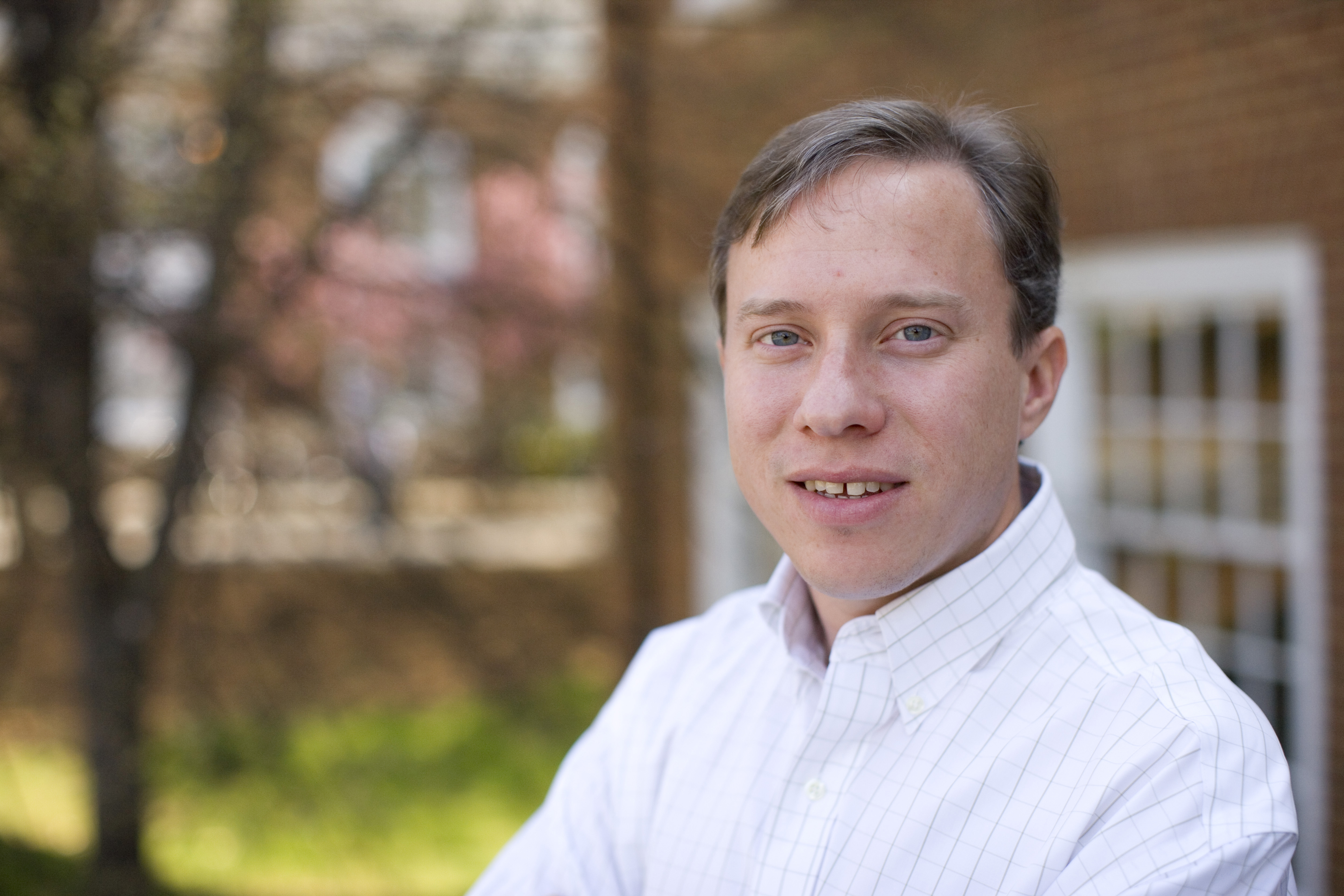 January 29, 2009 — David Evans, an associate professor of computer science at the University of Virginia, is one of a dozen professors in Virginia named 2009 Outstanding Faculty Award winners by the State Council of Higher Education for Virginia. The commonwealth's highest honor for faculty at Virginia's public and private colleges and universities recognizes superior accomplishments in teaching, research and public service.

The winners will be recognized Feb. 19 during a ceremony at the Jefferson Hotel in Richmond. Each will receive a $5,000 check underwritten by the Dominion Foundation, the philanthropic arm of Dominion.

"I'm especially honored to win this award, since it recognizes all the areas important to professors: teaching, research, public service and communicating and exporting knowledge beyond the University," said Evans, whose research focuses on computer security. "I've been very fortunate to be able to work at a University with such a great culture, vibrant environment, and terrific students."

Since joining U.Va.'s School of Engineering and Applied Science in 2000, Evans has received numerous accolades for his work. He has won five U.Va. teaching awards including the All-University Teaching Award in 2008.

Evans uses the Socratic method of teaching — artfully posing questions in order to guide students to discover answers. His teaching philosophy is "something I learned from coaching youth soccer," he said: "Let the game be the teacher."

Evans is frequently cited for going the extra mile in his computer science classes, generating student interest in the complex subject matter with creative assignments and real-world connections. For his introductory computer science class, "Computing: From Ada and Euclid to Quantum Computing and the World Wide Web," he discusses cryptography with the story of Allied efforts to break Nazi ciphers during World War II. For one assignment students must produce a digital work of art based on Jefferson's Rotunda. To help students review for the final, he created a "Jeopardy" video game customized with computer security questions — "just the kind of thing that demonstrates how much he loves what he does," said Ariel D. Rubin, a fellow professor of computer science.

"I know that David's students feel like they are among the luckiest ones out there because of the attention that he has given them."

More than $11.8 million in research grants from national agencies have been awarded to Evans and fellow researchers. He was the lead researcher for seven grants from the National Science Foundation totaling $2.7 million.

In 2001, Evans received a $285,000 National Science Foundation CAREER Award, one of the most prestigious grants available to junior faculty members in science and engineering fields, for his research on swarm programming and computer security, based on how biological systems develop into complex and reliable systems, despite being made from unreliable cells. The award recognizes faculty who effectively integrate research and teaching, and demonstrate great potential early in their careers.

Evans is also part of a team awarded a $4.6 million Multidisciplinary University Research Initiative grant in 2007 from the Department of Defense for research on making self-healing computer networks that can recover even when information warfare attacks break through other layers of defense.

Last year, the National Science Foundation awarded Evans and a team of U.Va. engineers $1 million to improve the privacy and security of RFID chips, computer chips the size of a grain of sand that wirelessly send and receive information over short distances (generally 10 feet or less) via very low-power radio waves.

In the realm of public service, in 2005 Evans served on a Virginia House of Delegates subcommittee that studied voting equipment. He provided technical assistance to the committee and helped draft legislation on voting equipment certification, operation and auditing.

Last year, he was one of 15 professors nationwide selected for a two-year fellowship with the Defense Science Study Group to study national defense (including extended visits to dozens of military facilities) and to provide advice and guidance to the Department of Defense.