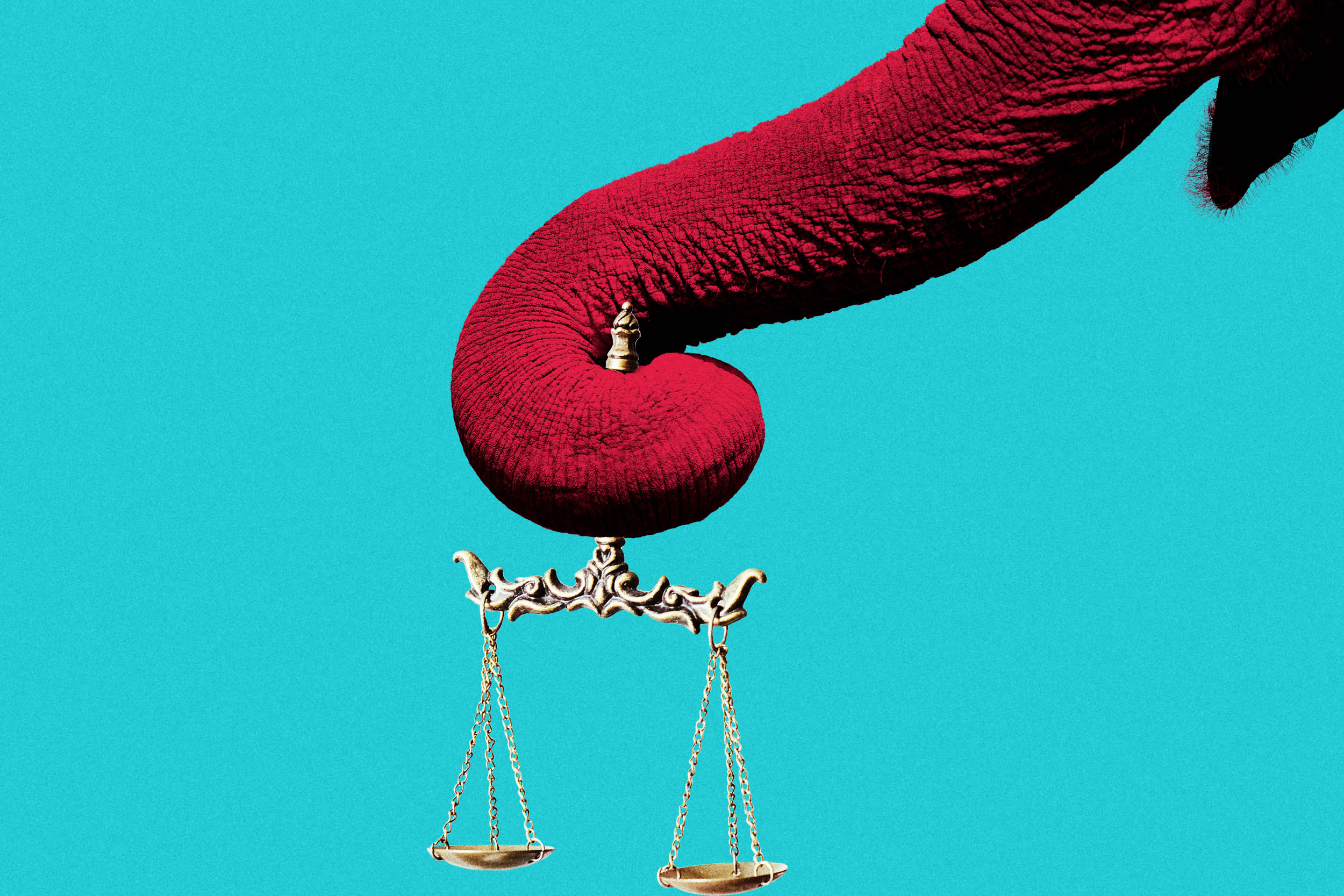 Before leaving the stage to esteemed moderators, panelists and rounds of deep discussion, Yuval Levin on Thursday presented the two questions that would help sculpt the rest of the afternoon’s proceedings.

“How should we think about the historical relationship between American conservatism and the country’s democratic ethos and institutions?” asked Levin, the director of Social, Cultural and Constitutional Studies at the American Enterprise Institute. “And where’s that relationship headed now?”

Levin was the host of a four-hour web event titled “Conservatives and American Democracy,” co-sponsored by AEI and the University of Virginia Democracy Initiative. Two sessions, each led by UVA professors, explored the past, present and future of right-wing politics.

The first session, moderated by UVA associate politics professor Gerard Alexander and titled “The Right and the Idea of Democracy,” featured a historic take on conservatism through panelists Jennifer Burns and Matthew Continetti.

Burns in 2009 published a biography of Rand, “Goddess of the Market: Ayn Rand and the American Right,” and is currently working on the same for Friedman. She spoke at length on the latter subject Thursday, highlighting how the 1976 Nobel Prize winner linked economics with politics.

Friedman, Burns said, elaborated on this idea through the “necktie theory of democracy.”

“This is a fundamental difference between the two markets.”

In summary, Burns said, Friedman argues, “The political market is reductive, because it’s a ‘yes’ or ‘no;’ it’s an up or down vote. So by definition, people don’t get what they want. Now, one of the problems he diagnoses is not necessarily that you might not get what you want, but that because you have this abstract ‘yes’ or ‘no,’ the process of voting and deciding becomes very abstracted from what people actually want. The ‘yes’ or ‘no’ doesn’t adequately capture their needs or their interests. So, voters become disengaged from the yes-or-no process.”

Continetti is a senior fellow at AEI whose next book, “The Right: The Hundred-Year War for American Conservatism,” is due out in April. His Thursday remarks included references to the “mass man” in “The Revolt of the Masses” by José Ortega y Gasset and the writings of David Spitz, William F. Buckley Jr. and Irving Kristol. 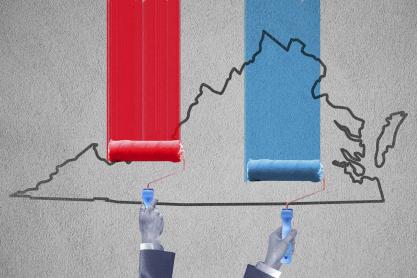 “Ortega warned in his book that the rise of the mass man endangered small-r republican government and high culture,” Continetti said. “Ortega’s mass man was a man without qualities, a man who thought of himself as common and insignificant, a mere part of an undifferentiated crowd. The mass man, Ortega said, was the consequence of untrammeled democracy, of classlessness. The mass man was uneducated, ill-informed, fickle, coarse and quick to anger. He was ripe for totalitarian picking.”

The second session, titled “The Right and the Politics of Democracy” and moderated by UVA adjunct politics professor Mary Kate Cary, ran the gamut on more current issues surrounding conservatism, as Cary had her panelists – New York Times columnist Ross Douthat and Emory University history professor Patrick N. Allitt – focused on changes in the 21st century. Douthat in 2008 published “Grand New Party: How Republicans Can Win the Working Class and Save the American Dream.” Allitt in 2009 published “The Conservatives: Ideas and Personalities Throughout American History.”

Among the many topics, Cary asked both to describe the state of conservatism today.

“I think it’s reasonable to look at conservatism, in any given context, to retain the established traditions of a given culture or society,” Douthat said. “I think in the American context, I usually stress the idea that America has had, along with our written Constitution, this unwritten constitution or a cultural constitution, which maybe is a pointless conflation of different categories. But if you look at what 20th-century American conservatives imagined them to be doing, they were trying to conserve various forms of American exceptionalism, American cultural habits and folkways that were somewhat different from the combinations that showed up in other modern societies, especially in Western Europe.”

However, as habits have changed over the years, it raises questions, Douthat said.

“What are conservatives doing? What are they conserving?” he said. “And it’s how you get into a moment when there’s more appeal to the idea of reaction. Where it’s like, ‘All right, we lost. We lost the things we were fighting for. So now we have to start again, at the beginning – even if that means questioning all the way back to the founding itself.”

In light of Donald Trump’s presidency, Cary asked both panelists about the value of personality vs. policies in conservatism.

“(Ronald) Reagan created the idea of conservatives as thoroughly likable people,” Allitt said. “And I don’t think that there’s been a Republican leader like that since then; John McCain, some of it, but not quite as much. And obviously, Trump completely failed in that department. I mean, he provoked animosity with just about every sentence he spoke.”

Cary ended the event by asking each panelist for what makes them hopeful for the future of the conservative movement.

“Conservatism in itself is a very sensible thing,” Allitt said. “We’re all intrinsically conservative because we want to hold onto the things in our world that we like. So, it’s got a future. But whether that future can easily be transfigured into policies is a different question.”

Cary followed, “Are you hopeful about our democracy?”

“Oh, very (hopeful),” Allitt said. “Everybody believes in it.”

A full replay of the event can be found here. 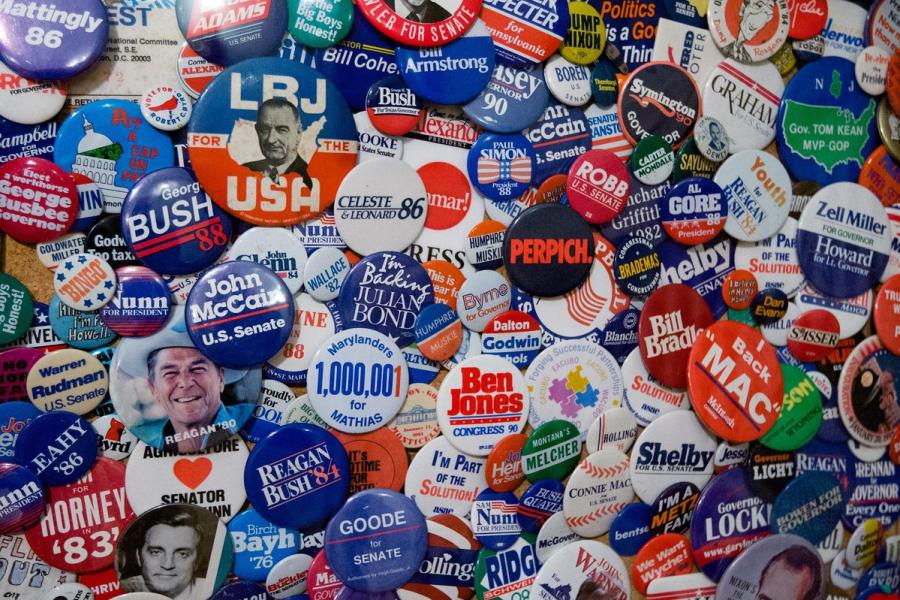 What’s Next for the Democrat and Republican Parties? 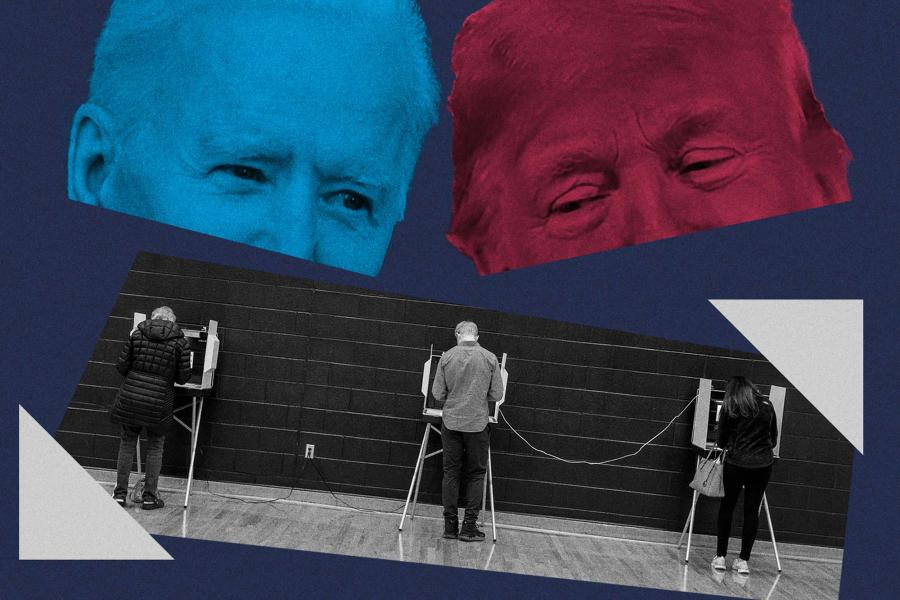 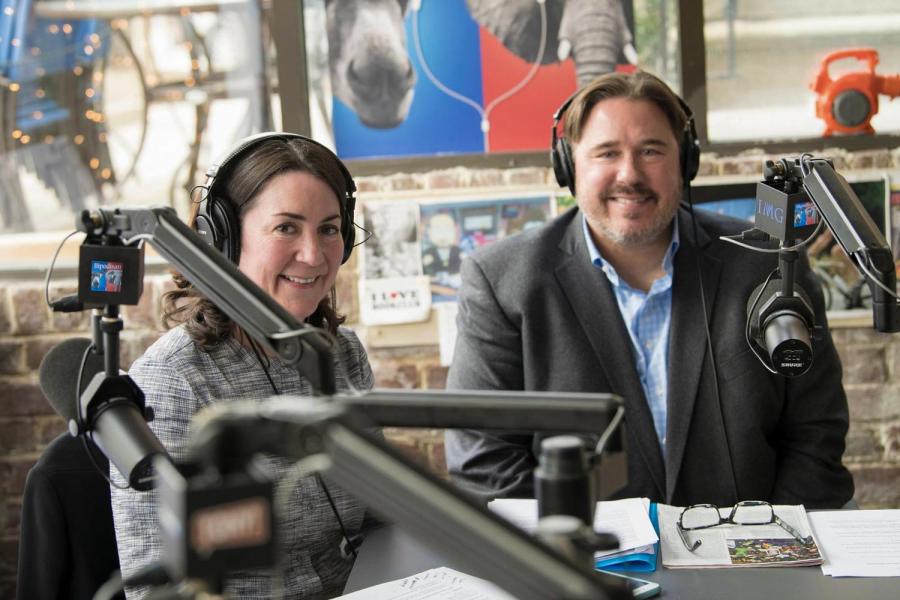 A Democrat and a Republican Walk Into a Bar…