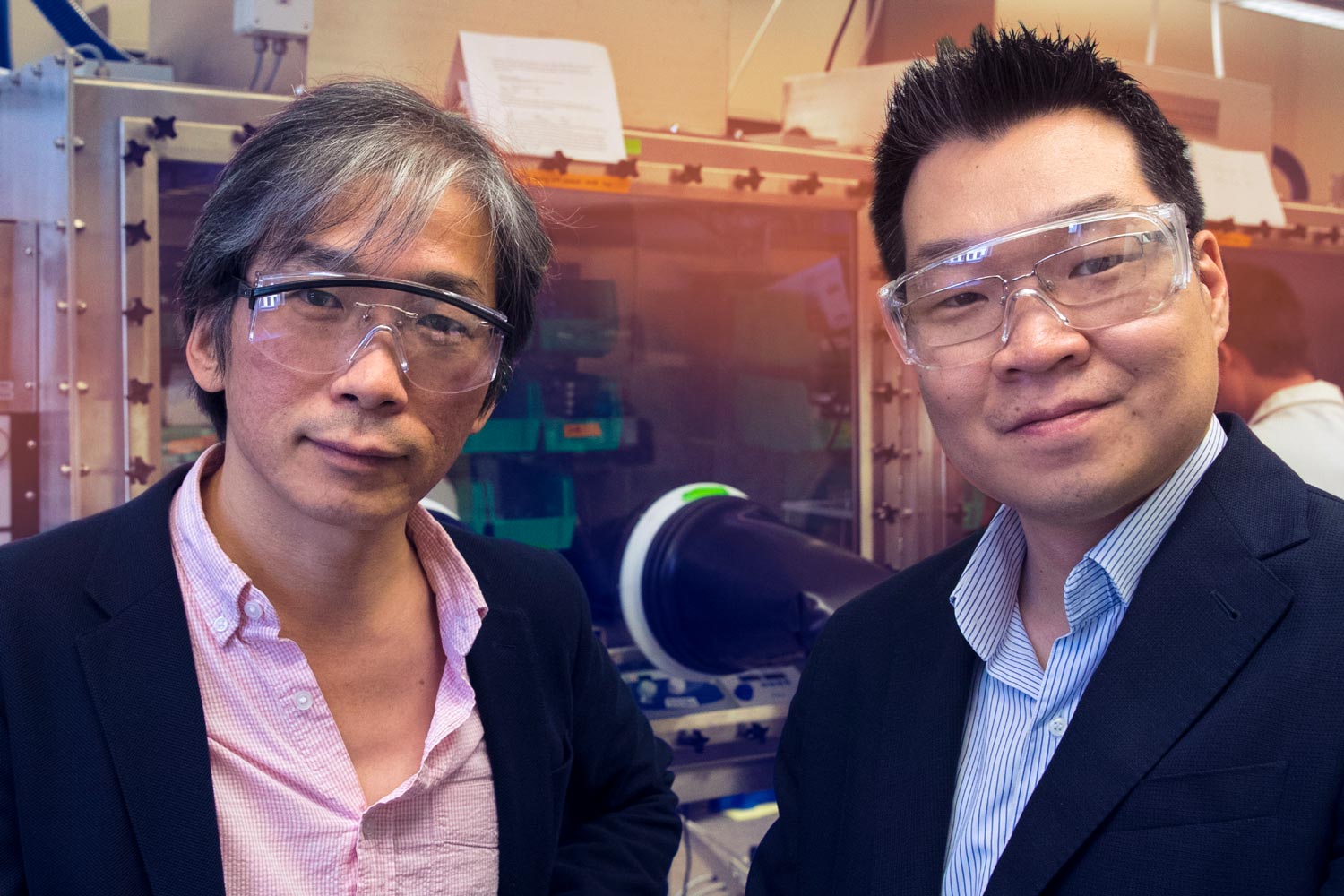 Since the 2009 discovery of a highly energy-efficient class of solar cell materials known as HOIPs – hybrid organic-inorganic perovskites – researchers have been working to understand exactly how these promising materials tick at the molecular level, in order to improve the durability of their performance.

HOIPs are exceptionally lightweight and flexible (they actually can be painted onto substrates, such as paper and plastic), inexpensive and nearly as efficient as traditional silicon-based cells at converting energy from light into electricity. Because of those characteristics, HOIPs could be well-suited, eventually, to powering homes, lightweight vehicles such as drones and spacecraft, and for providing ready electricity to backpackers and military personnel in remote locations.

That’s all good. But here’s the not-so-good: HOIPs lack stability in their crystal structure, causing fairly rapid degradation in energy-conversion efficiency, especially in fluctuating temperatures. The problem is that, inside a solar cell, light excites electrons, which is what makes these materials work, but the electrons don’t last long enough in the excited phase to power, over the long term, whatever you are trying to power.

HOIPs are a potentially perfect material, but not yet perfected. Two University of Virginia researchers are out to change that.

In a paper recently published in the journal Proceedings of the National Academies of Sciences, physicist Seung-Hun Lee and chemical engineer Joshua Choi detail how rotating molecules in HOIPs allow charged electrons to endure, rather than dissipate, resulting in the higher energy-conversion efficiency of these materials.

“This finding sets us on the path to better manipulating HOIPS for greater efficiency, as well as for longer-lasting efficiency under changing conditions,” Choi said.

“The trick will be finding ways to maximize the effect of these molecular rotations to extend the electron lifetimes,” Lee noted.

Lee and Choi used a combination of sophisticated microscopic detection devices and measurement techniques with high-performance computer modeling to make their minute and detailed observations of the changing molecular structures of the materials.

The revelation, they say, points the way to more readily identifying and developing new materials that better maintain efficiency over a wider range of temperature changes – one of the current obstacles to making these lightweight materials work both long and well under variable conditions and settings.

“Power from the sun is the most abundant source of renewable energy, and it is essentially everlasting,” Lee said. “Realization of economical solar energy technologies is thus essential for the enduring prosperity of mankind on Earth and beyond.”

The research is funded by the U.S. Department of Energy.

For All of Us END_OF_DOCUMENT_TOKEN_TO_BE_REPLACED