The missions keep getting higher, longer, farther and faster, as Mechanical and Aerospace Engineering Professor Christopher Goyne inspires his University of Virginia students to keep pushing the outer edges of the envelope.

Goyne teaches a spacecraft design course that has, during recent years, led to student-designed and -built projects reaching out to the edges of space.

The first, in spring of 2013, was a mission to test smartphone technology for high-altitude experiments, with a student-designed payload carried by a weather balloon to 64,000 feet above the Earth’s surface. The flight covered 62 miles and lasted a little over an hour.

Then last October, another UVA payload, designed and built to measure cosmic radiation in the stratosphere, went to 103,000 feet – 20 miles in altitude – aboard a NASA balloon. That was a 240-mile-long, 15-hour flight. 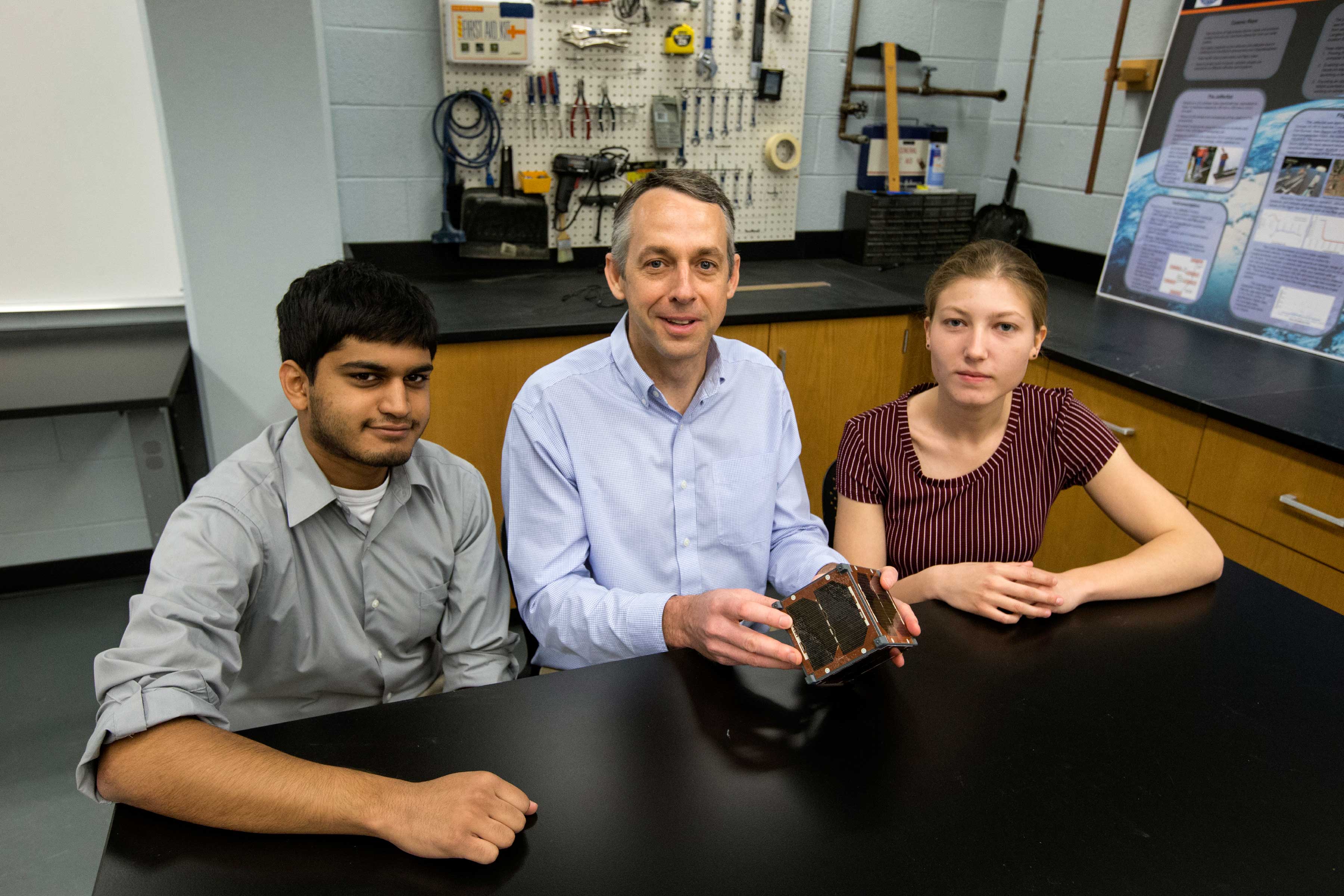 Now, Goyne’s class is beginning work on a softball-size satellite – called a CubeSat – that within a couple of years will be carried into space by a large NASA-funded rocket. That instrument, which will measure atmospheric properties for NASA and transmit data by radio, will orbit the Earth for two months or longer at 250 miles above the surface – the height of the International Space Station – before plunging back to Earth as a mini-fireball traveling at 17,000 mph.

“We have 18 months to get our spacecraft designed and built and delivered to NASA,” Goyne said. “Our students will be quite busy preparing for the mission.”

The satellite will be part of a three-satellite “constellation” that will most likely be launched from either the Wallops Flight Facility in Virginia or the Kennedy Space Center in Florida. The other two satellites are being designed and built – under UVA student leadership – by students at Old Dominion University and Virginia Tech. The project is funded by NASA through the Virginia Space Grant Consortium.

Each satellite will make measurements of the density of the Earth’s atmosphere at different locations and at varying altitudes to help complete a picture of atmospheric properties around the globe. The data will help NASA and space industry scientists better understand the minute nuances of the upper atmosphere that cause a drag effect on satellites as they orbit the Earth. Such drag can eventually send satellites flaming to Earth unless small altitudinal adjustments are made, which consumes fuel or battery energy.

“This will be the first UVA-developed and -operated spacecraft,” Goyne said. “It’s a great opportunity for our students to participate in a NASA project with real science and technology investigations.” 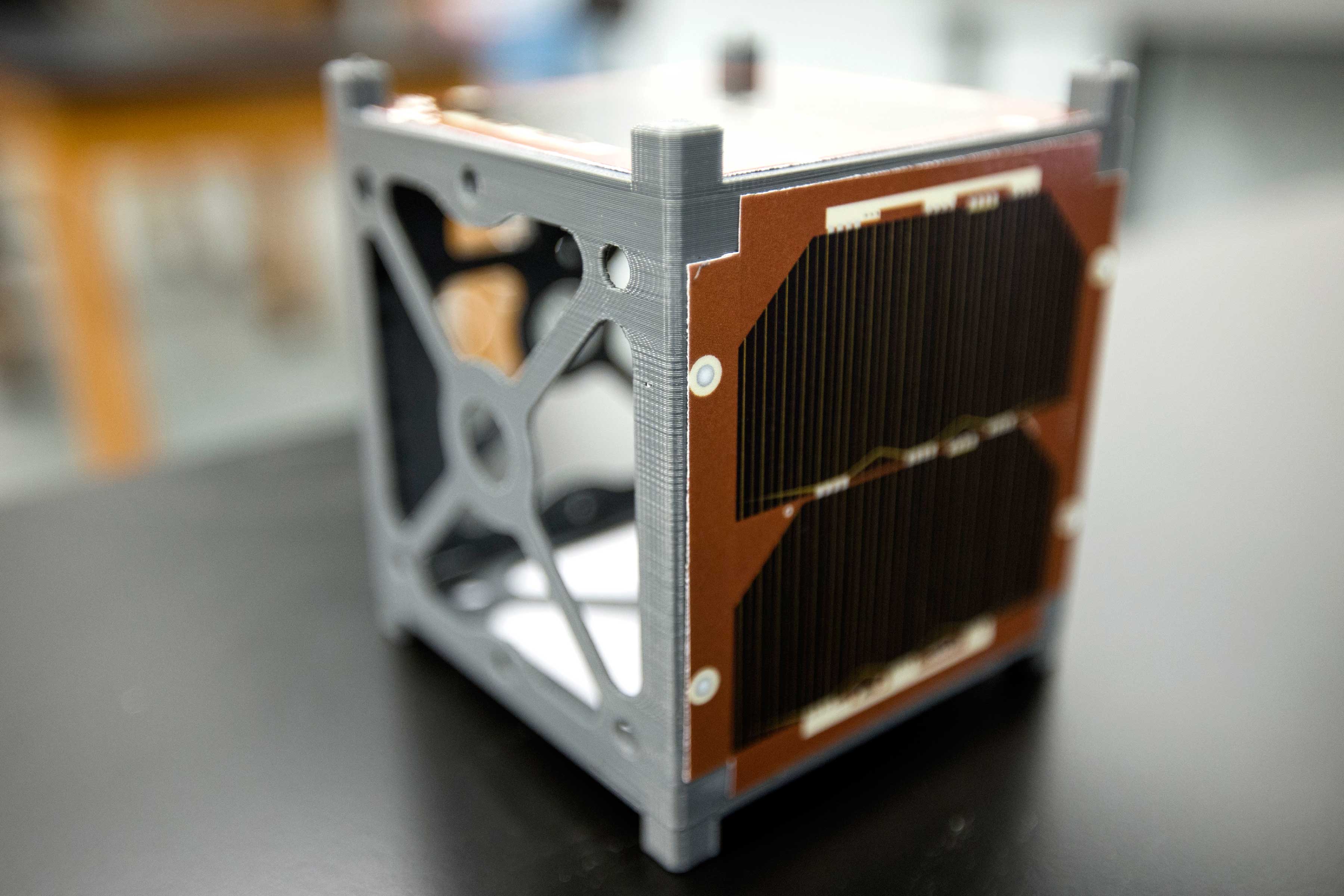 More than 50 students at the three universities are expected to work on various aspects of the design, construction and operation of the spacecraft. The work is incorporated into undergraduate capstone courses, which facilitate major final projects for graduating engineering students.

Though each of the miniature satellites will weigh only three pounds, they will be packed chock-full with sensors, batteries, radios and heaters (for when the satellites are in Earth’s frigid shadow). Every component and screw is weighed and accounted for and must be packed into an aluminum housing about the size of a softball.

Robin Leiter, a fourth-year aerospace engineering major, is responsible for planning out the structural integrity of UVA’s satellite. She is leading a team of students who must design and build a package that can withstand nine gravitational-forces of vibration during the launch, and then tolerate extreme fluctuations in heat and cold as the satellite moves in and out of the sun’s rays during each of 5,000 or more orbits around the Earth.

“I’ve always been interested in space science,” she said. “This is such a cool activity, to know that what we’re designing as students will fly in space on a real mission.”

Leiter is getting the structural ball rolling for the UVA CubeSat, but will hand off the project to other students after she graduates in May and heads to the University of Michigan for graduate school.

“Projects like this are really important for preparing engineering students for careers and graduate school,” she said. She added that she believes the CubeSat project, and a summer 2014 internship she did at NASA’s Goddard Space Flight Center, helped her get into the space engineering graduate program she wanted.

The nature of the NASA projects that Goyne has won for his classes is that they are fairly long term, and are passed on to succeeding classes until completion.

Fourth-year student, Chandrakanth “C.K.” Venigalla, an aerospace engineering and physics double major, is taking his CubeSat experience to graduate school at the University of Colorado. Venigalla is serving as the project’s overall student leader, overseeing planning at UVA and the other two institutions. He previously served on the team that developed last year’s JefferSat Cosmic Ray Mission experiment that flew on a high-altitude balloon. 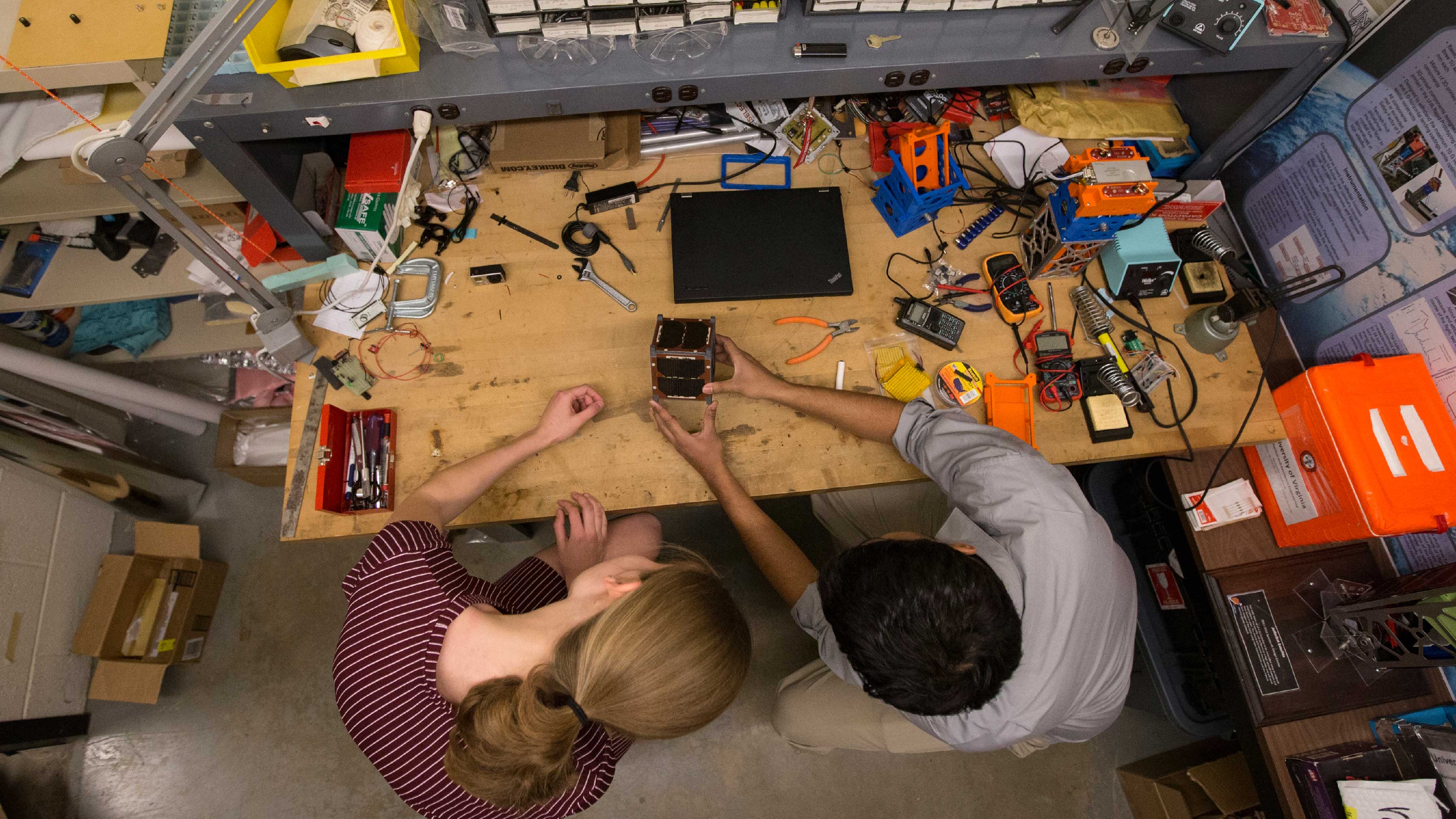 “These projects make full use of our training and experience, from the conceptualization to the designing, building and deployment of working payloads,” he said. “And we get to work with engineers in government and industry, really learning how industry works and how projects come together.”

What Is the ‘4th Side’? END_OF_DOCUMENT_TOKEN_TO_BE_REPLACED