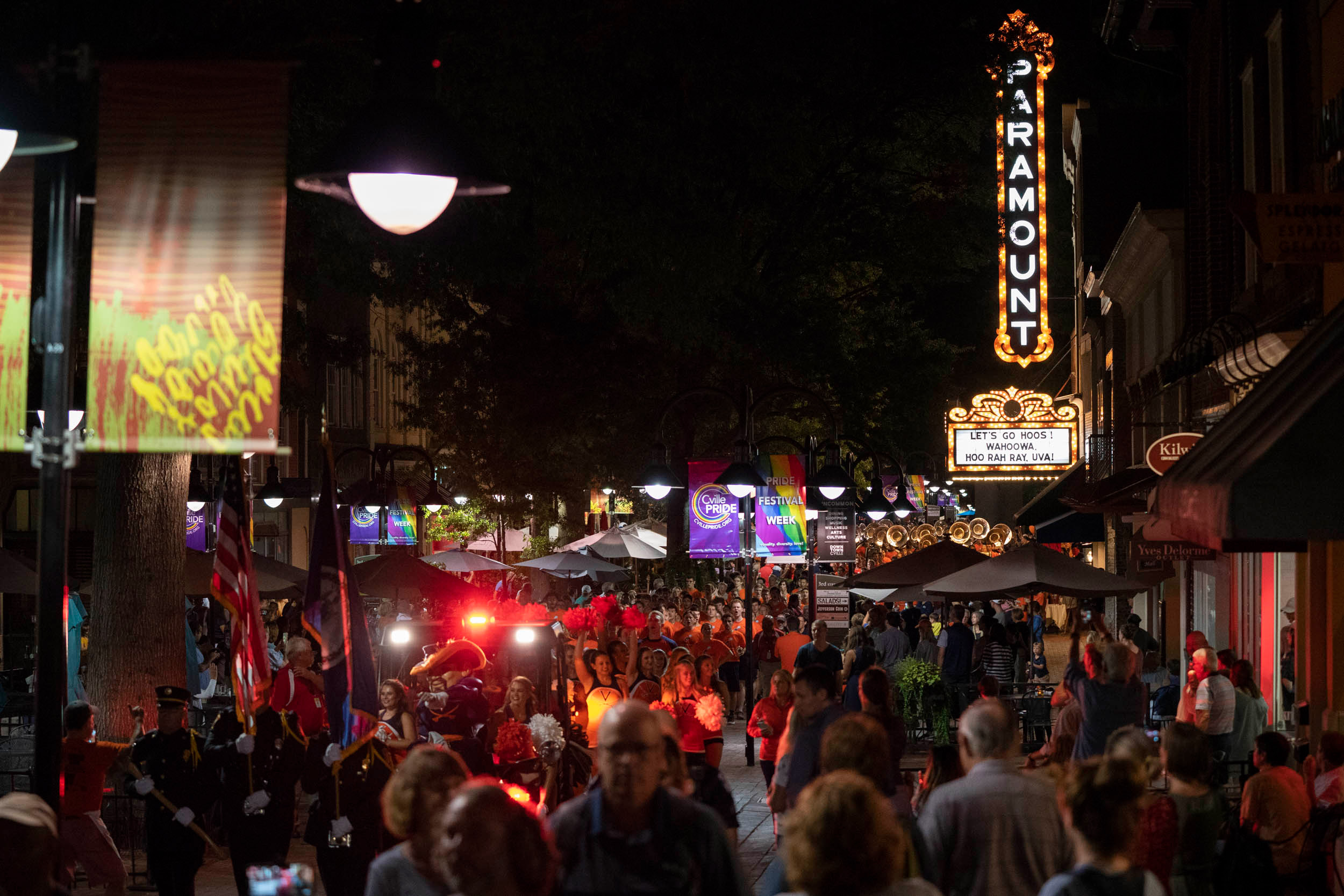 The message on the Paramount Theater’s flashing marquee summed up perfectly what was about to take place at Charlottesville’s Downtown Mall on Thursday evening.

A procession headlined by the marching band started at the Omni Hotel and made its way toward the Sprint Pavilion at the opposite end of the mall.

Orange-clad UVA fans, many holding large orange balloons, lined the storefronts and dining areas along the route, singing along to the band’s tunes and taking photos. 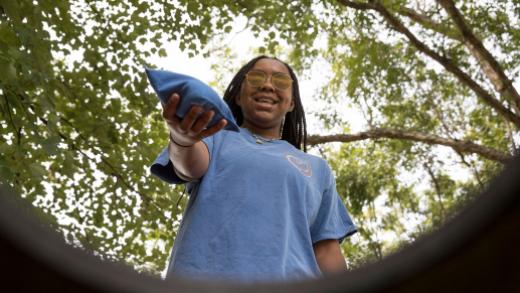 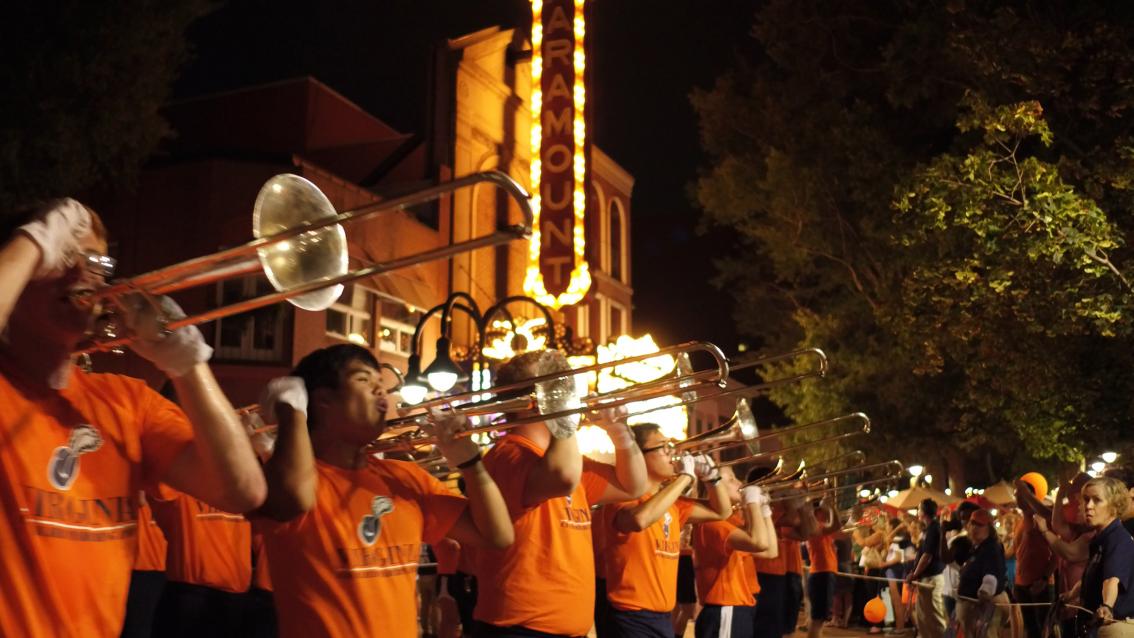 “We love this event,” said Charlottesville resident James Pierce, who attended with daughters Juliana and Eliana. “We come whenever we can to support the team. It’s a great way to kick off the football season and get ready for fall.”

The fact that his daughters, ages 11 and 9, had a late soccer practice and then had to rush over to the mall on a school night wasn’t about to get in their way.

“We have a spot early here in the parade so that as soon as they go by we can zip out and get them to bed,” Pierce said.

Earlier in the day, Cav Man and the Cavalier spirit squads hosted a free event at the Virginia Discovery Museum on the mall. And with a special edition of “Fridays After 5” beginning earlier in the evening, the energy on the mall was palpable.

First-year students Samantha Nicholson and Evelyn Frields wanted to support a dormmate who is in the Cavalier Marching Band and see what the event – which has been held for three decades now – was all about. 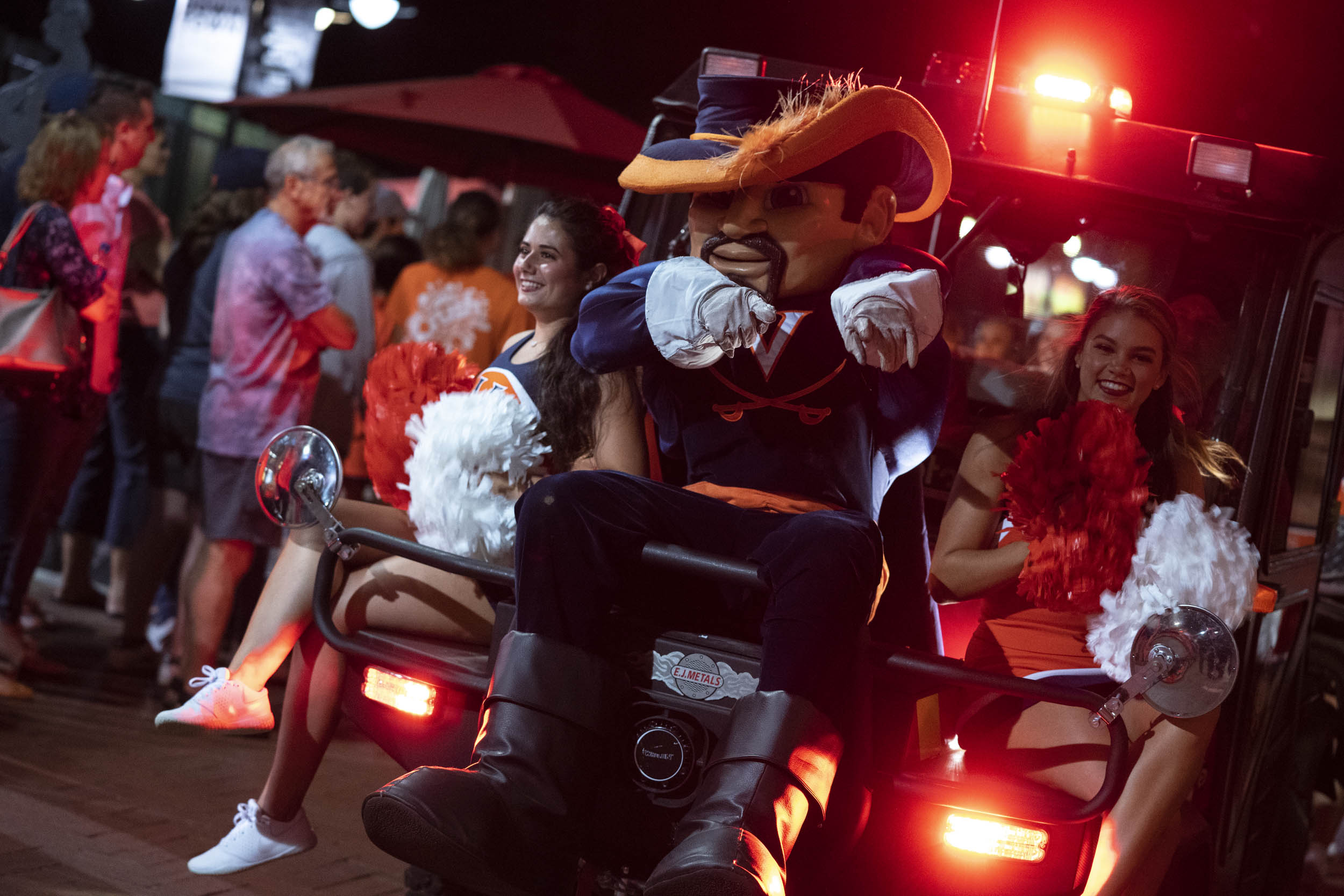 “Coming from a small town, it feels like with more events that I attend, that I’m growing into a community that is all bonded over something,” said Nicholson, who is from Chincoteague.

Frields, who is from Fredericksburg, only had a blue UVA sweatshirt and had to borrow an orange one from Nicholson.

“I was like, ‘I need an orange sweatshirt! Luckily, she has all merch,” said Frields, smiling.

Fluvanna couple Richard and Mary Kalchbrenner came to see their grandson, Bannon Luckert, a second-year UVA student who plays trombone in the band.

“It’s just fun – the color, the music … the band is great,” Mary Kalchbrenner said. “They really create an atmosphere.”

Coach Bronco Mendenhall and All-American cornerback Bryce Hall capped off the festivities with remarks on the Sprint Pavilion stage.

Mendenhall said the UVA basketball team – which won the NCAA championship in April – has set the standard for his team.

“We love the city of Charlottesville, our UVA community,” Mendenhall said. “We’re committed to making Scott Stadium a magical place to be. We can’t wait to see you there. Expect great things from our team.”

Hall added: “We need y’all to believe in us this year.”

Check out some photos from the festivities: 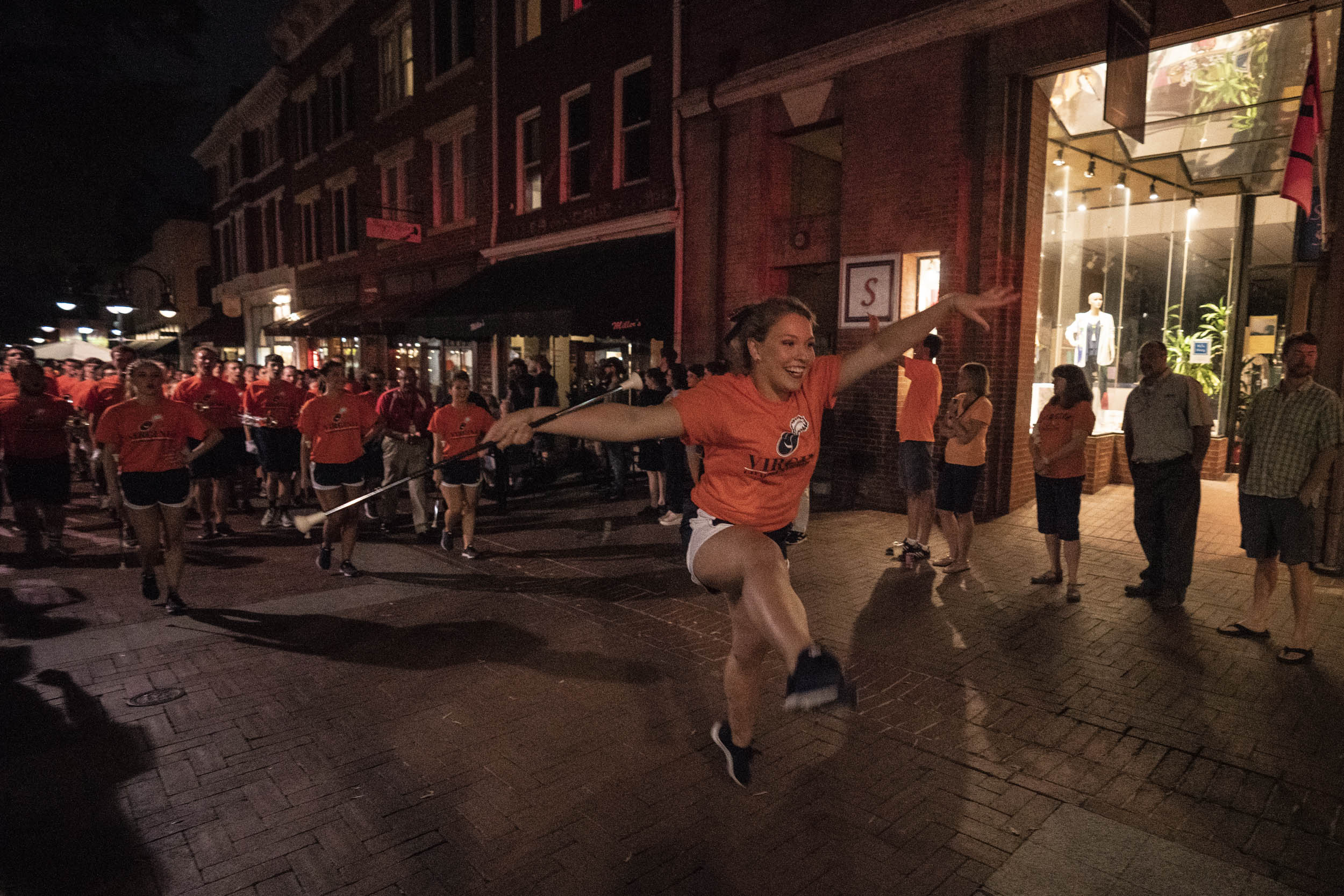 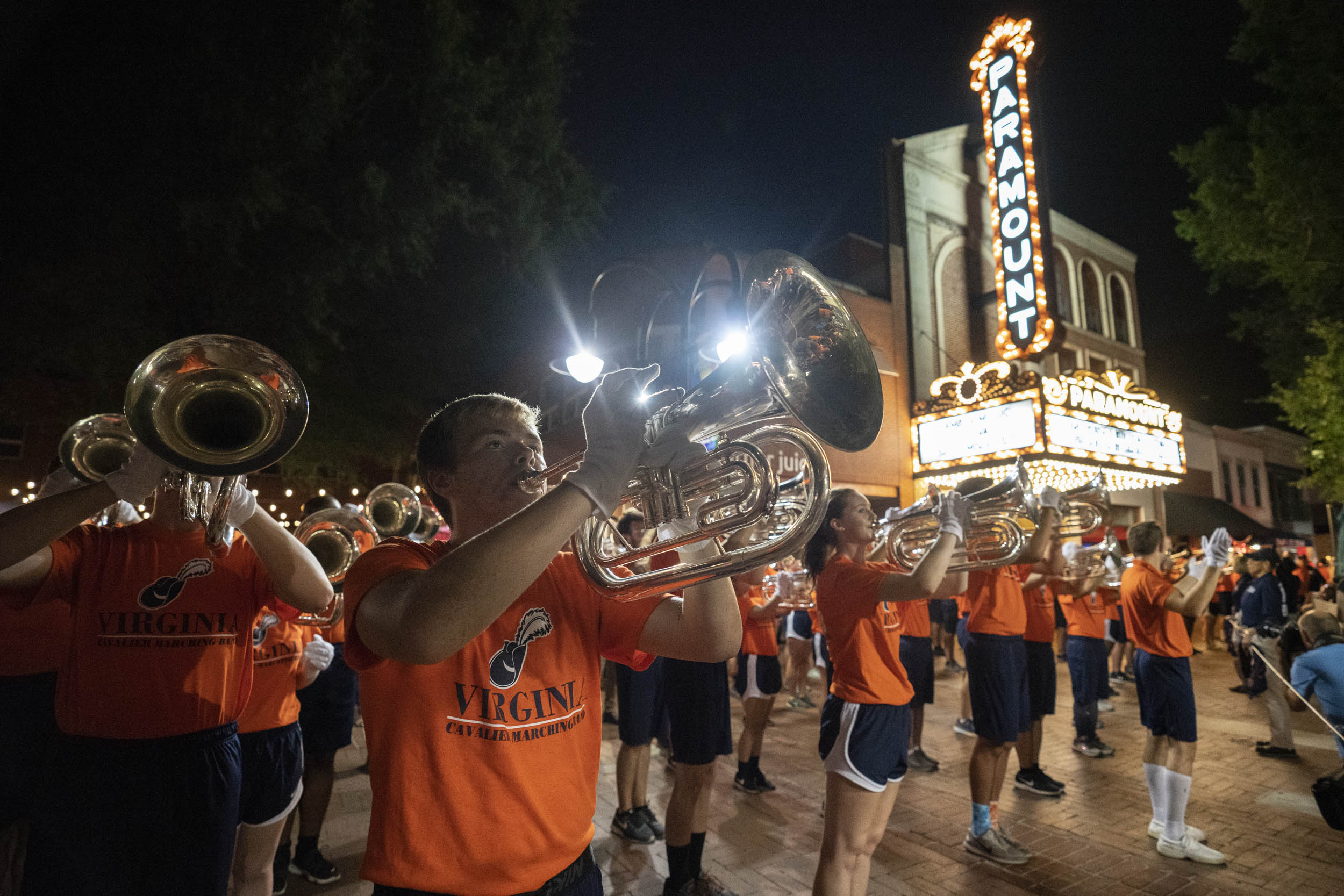 The Cavalier Marching Band performed Thursday night on the Downtown Mall during "Paint the Town Orange." 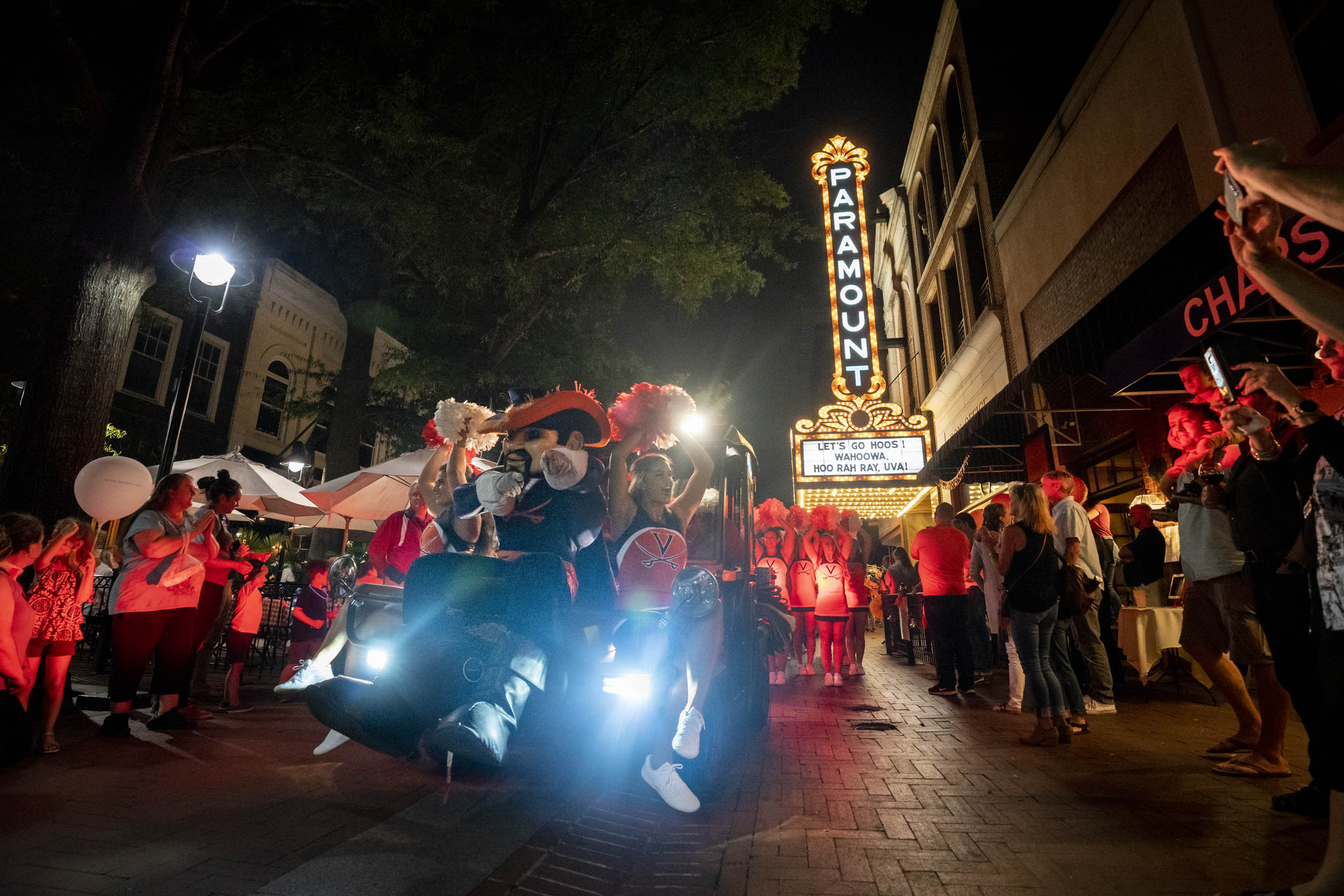 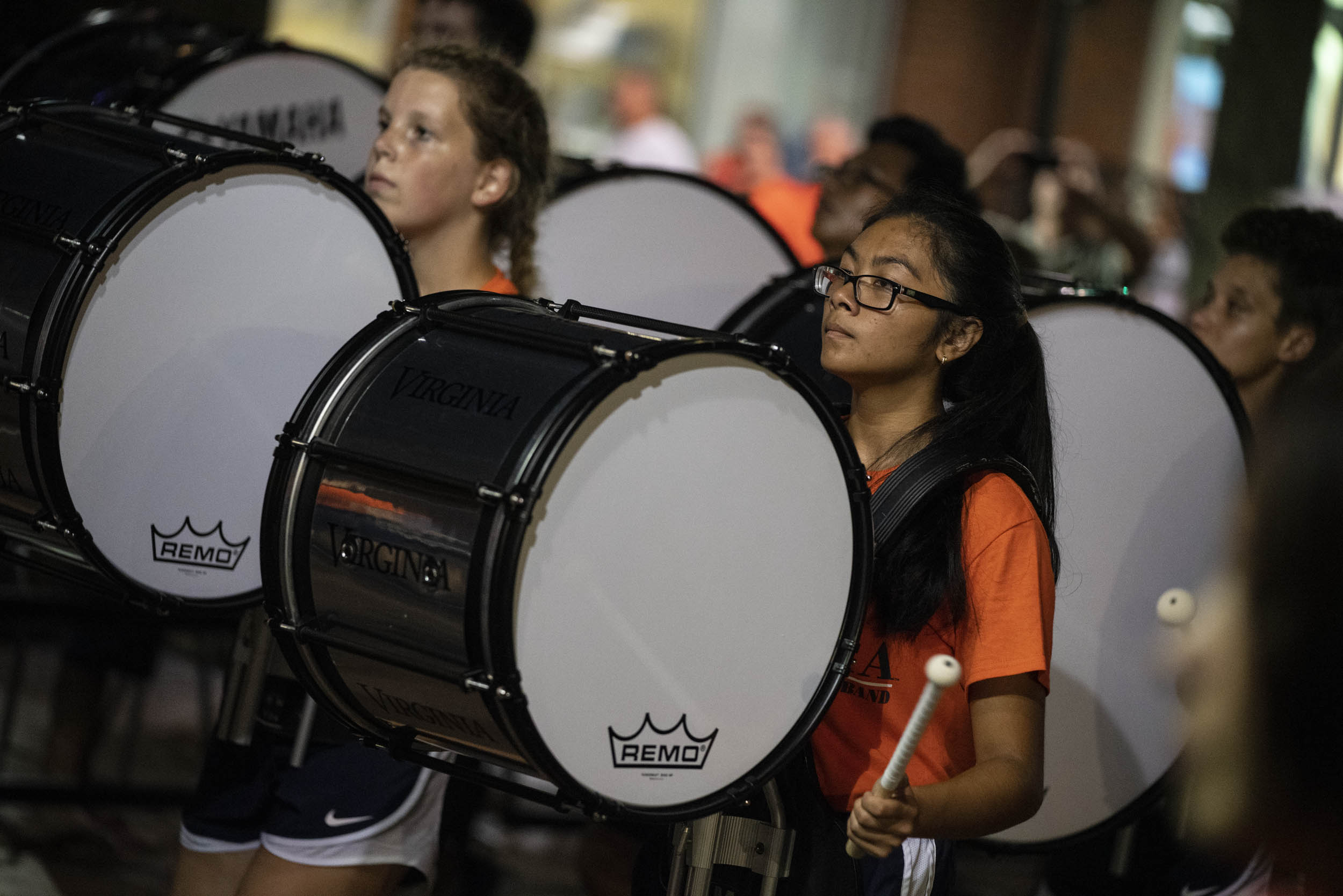 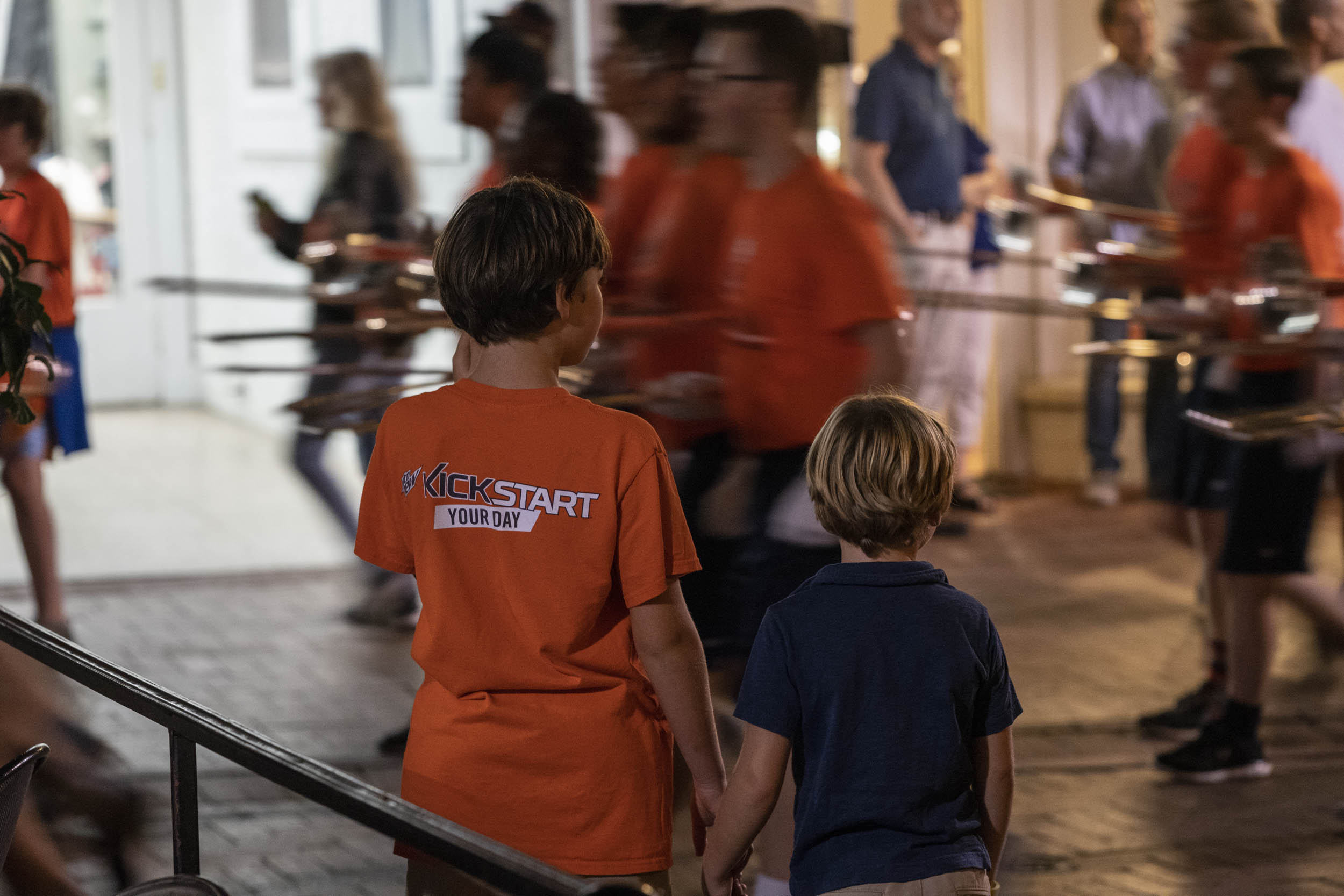 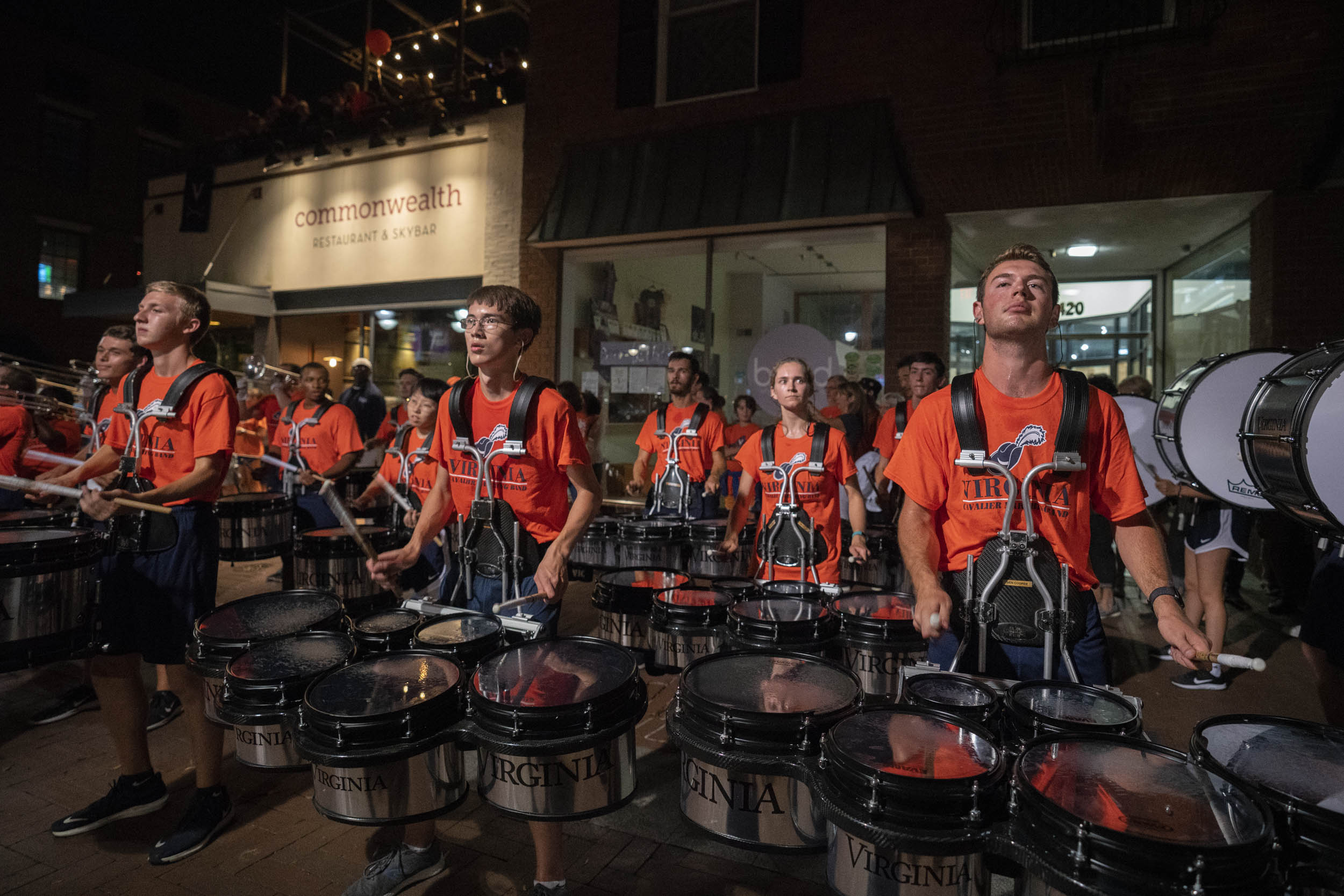 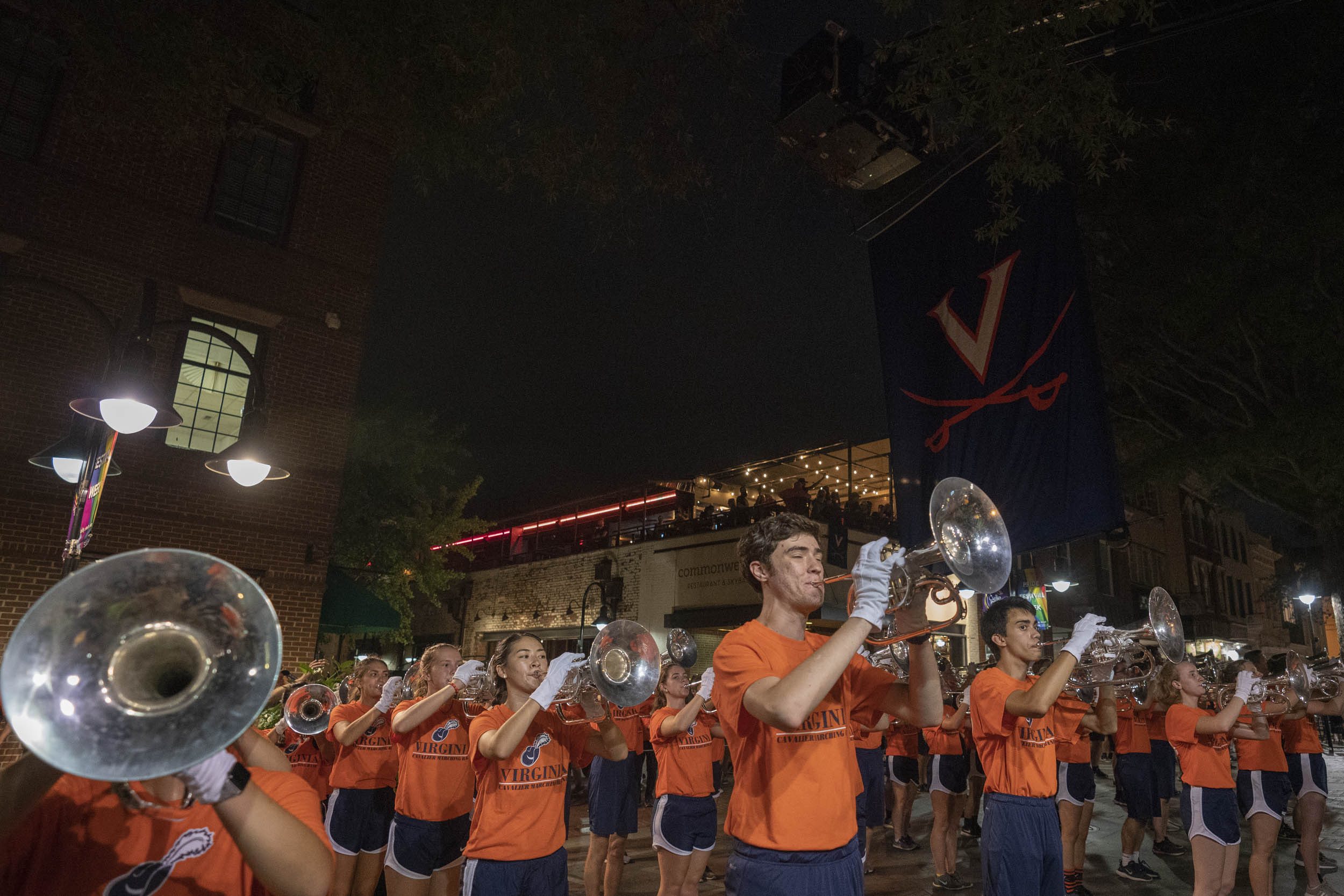 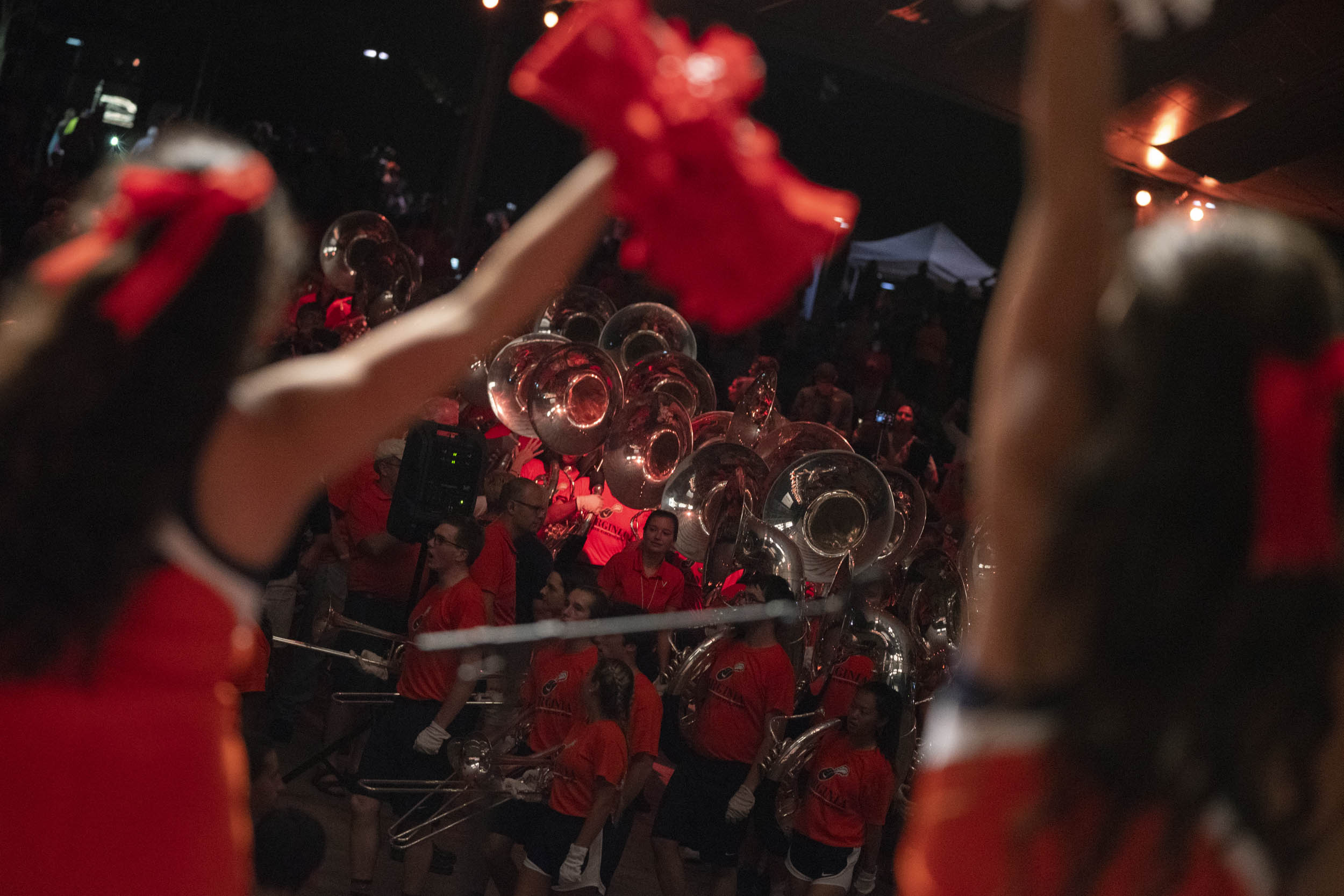 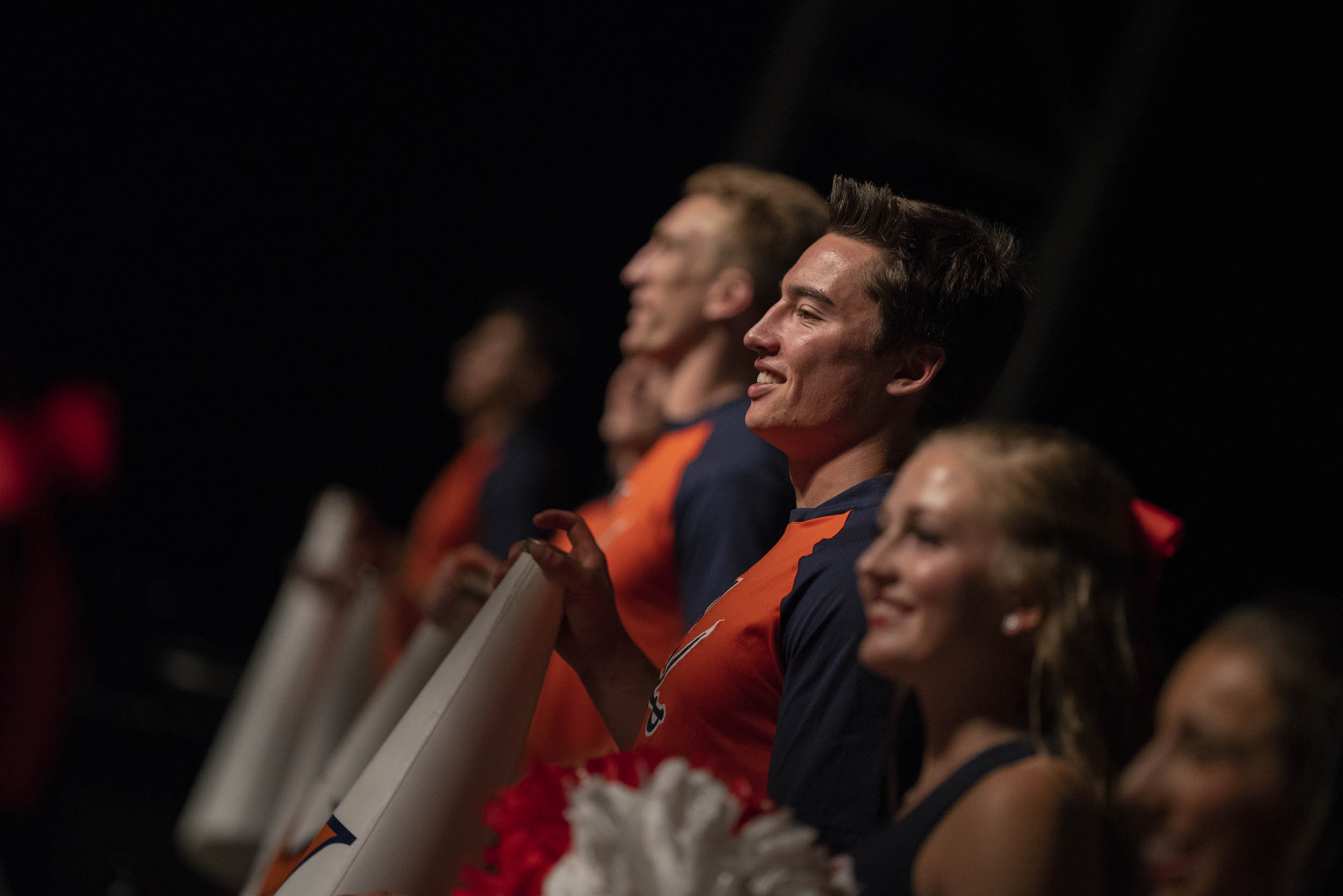 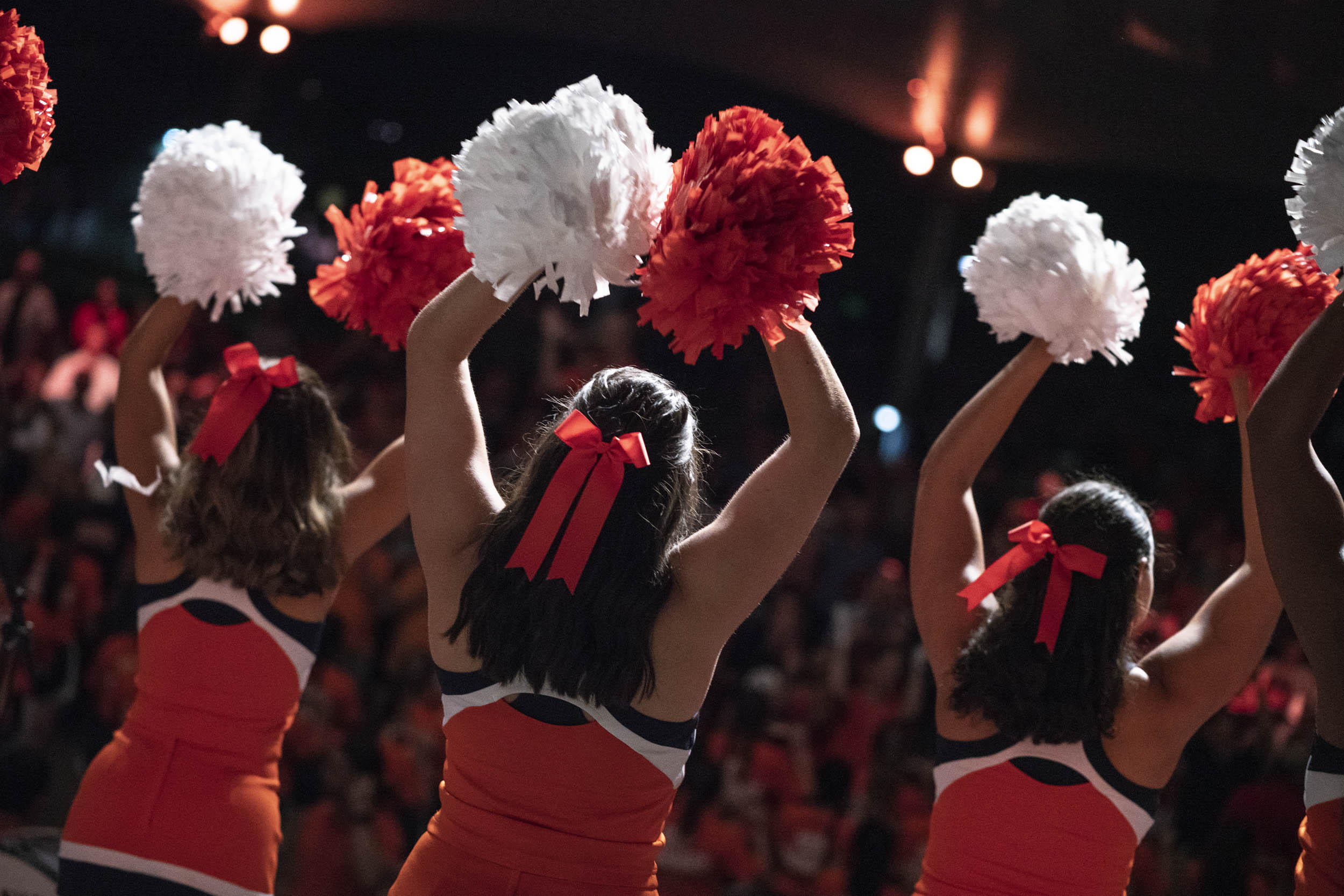 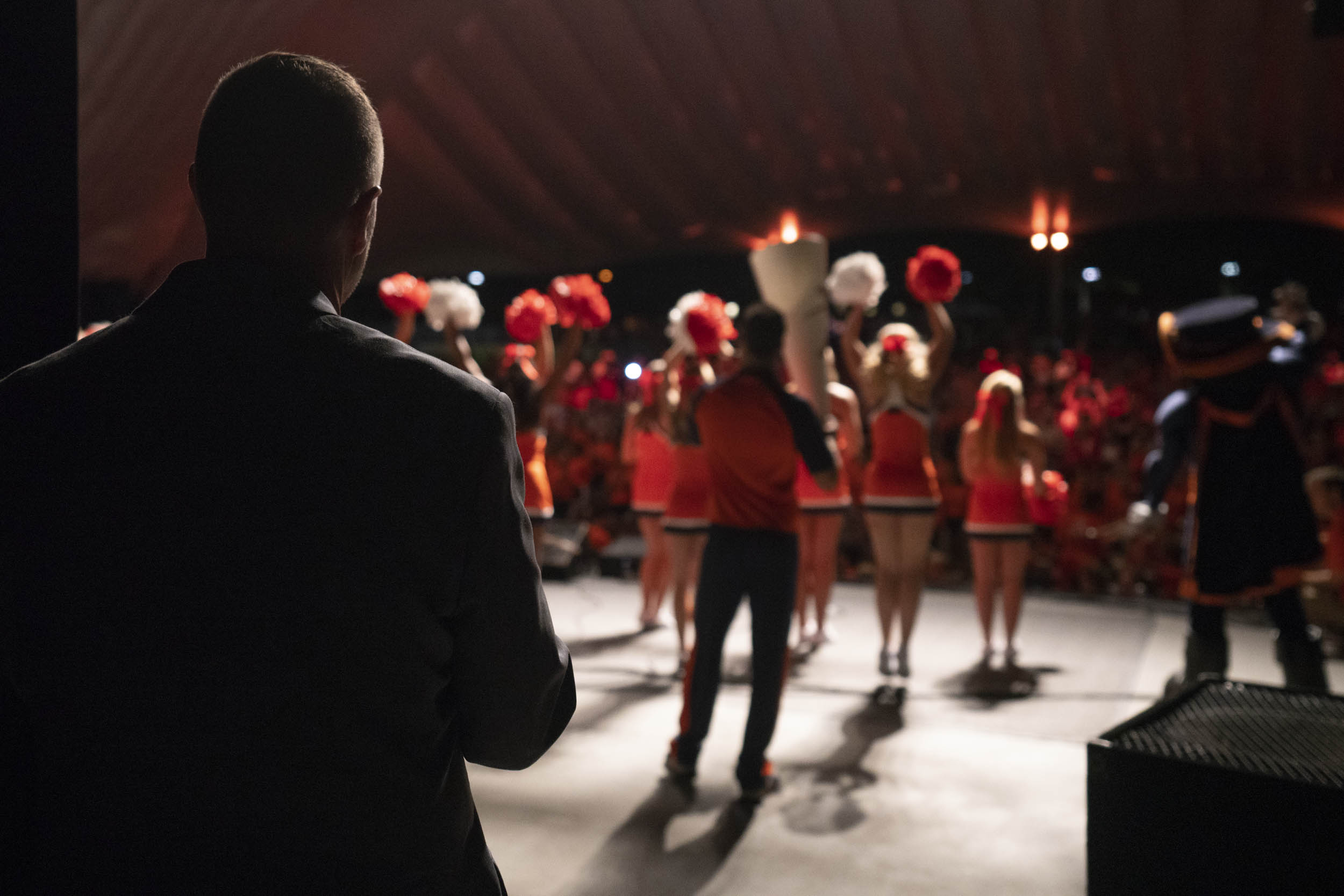 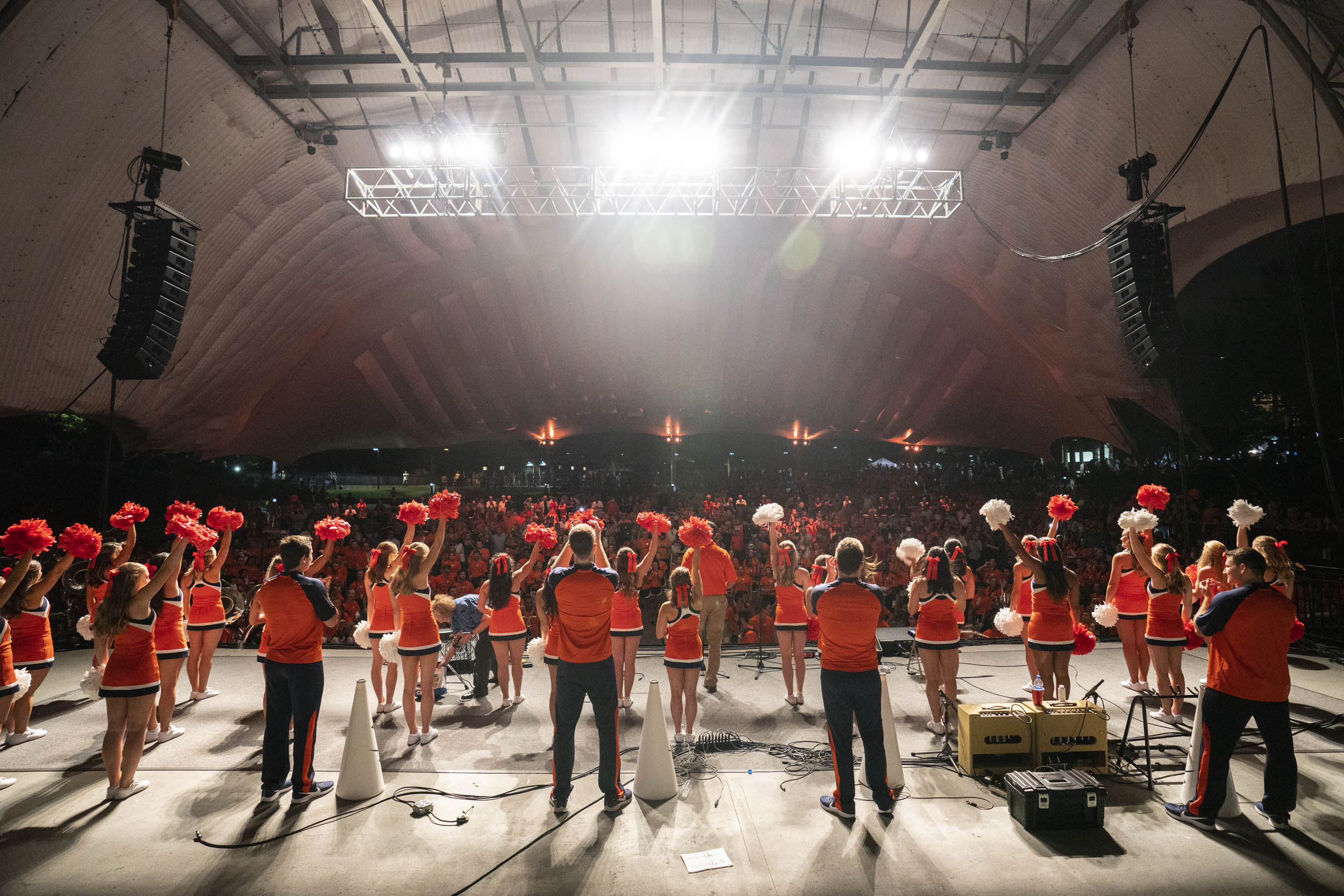 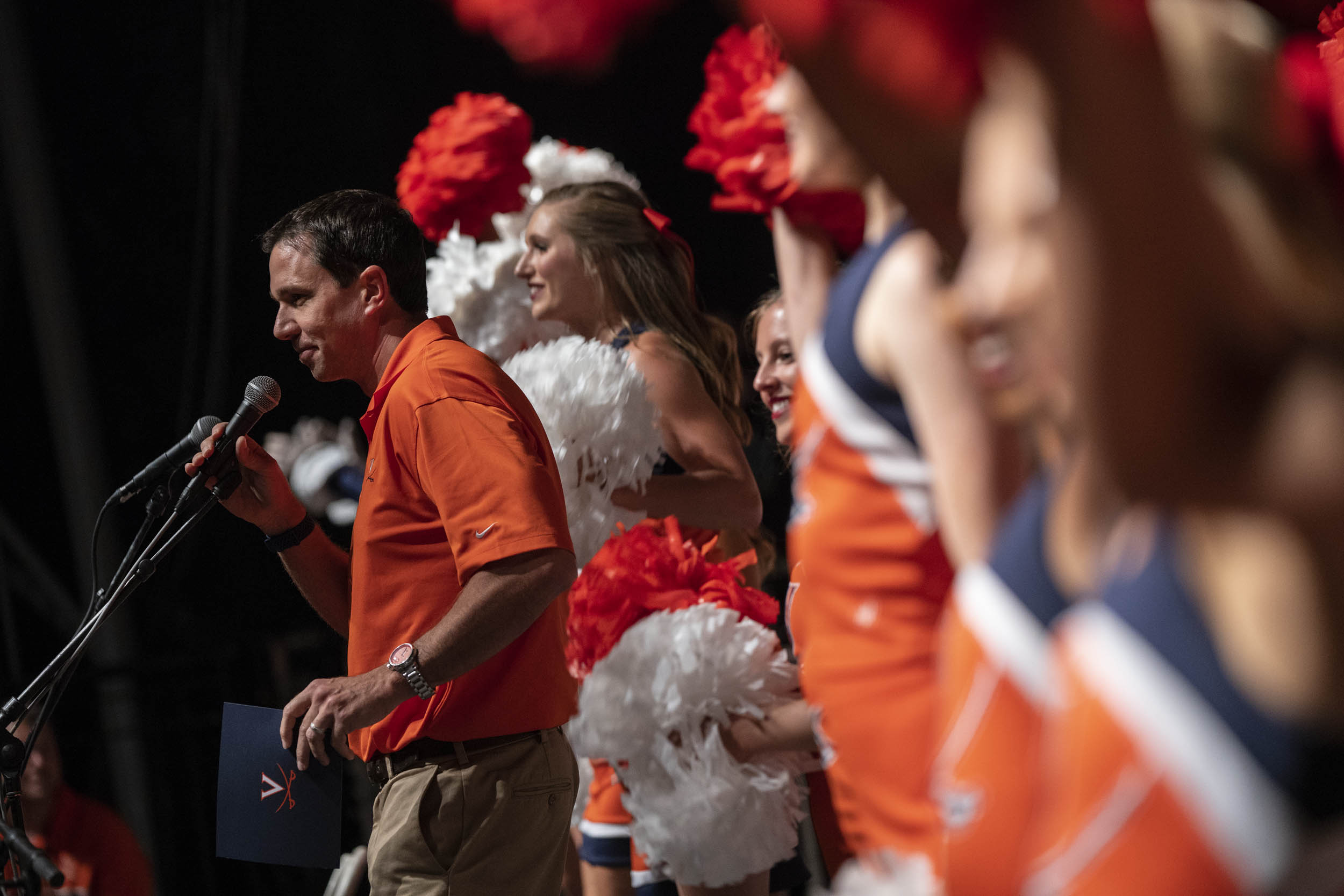 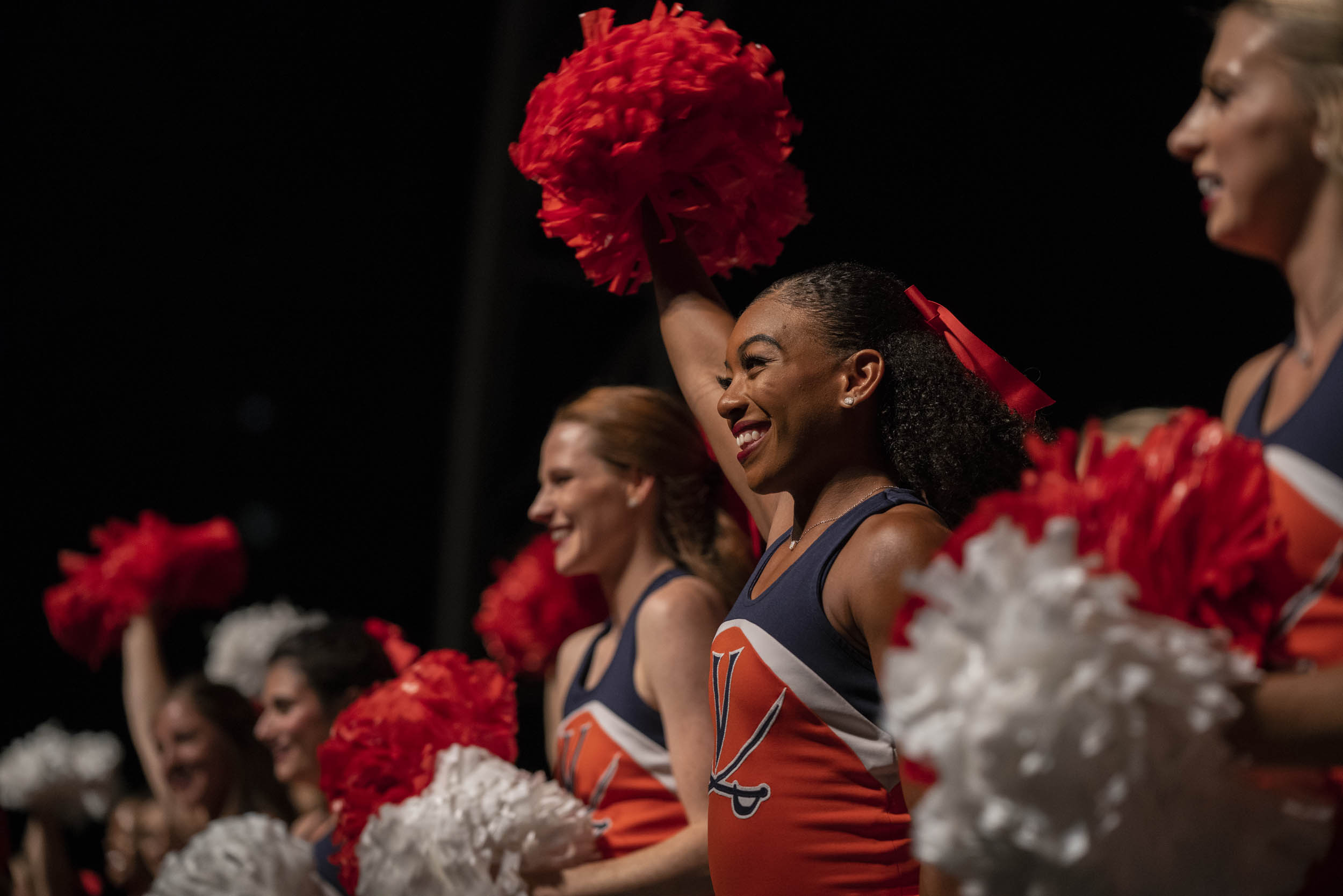 UVA cheerleaders got the crowd pumped up on the Downtown Mall. 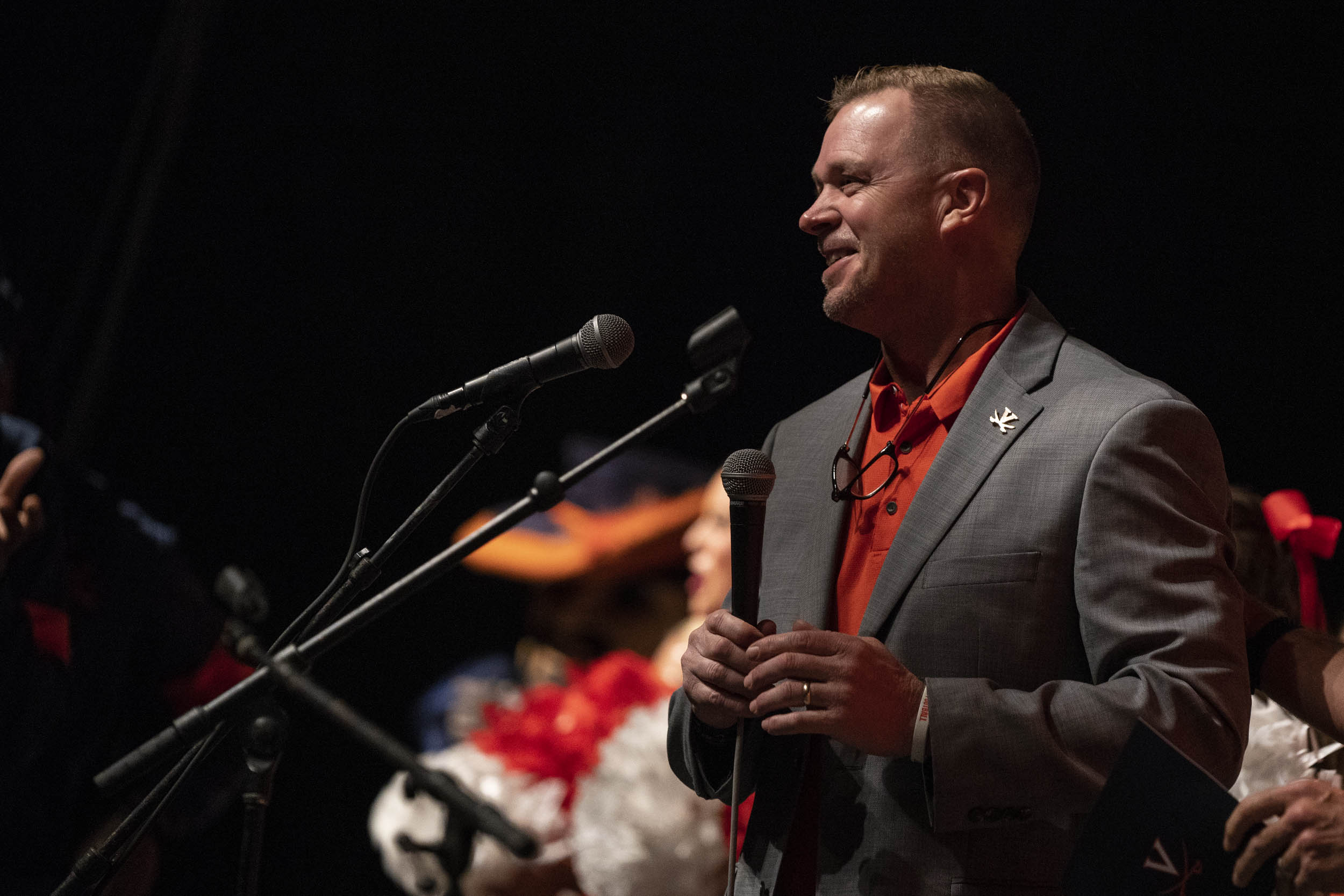 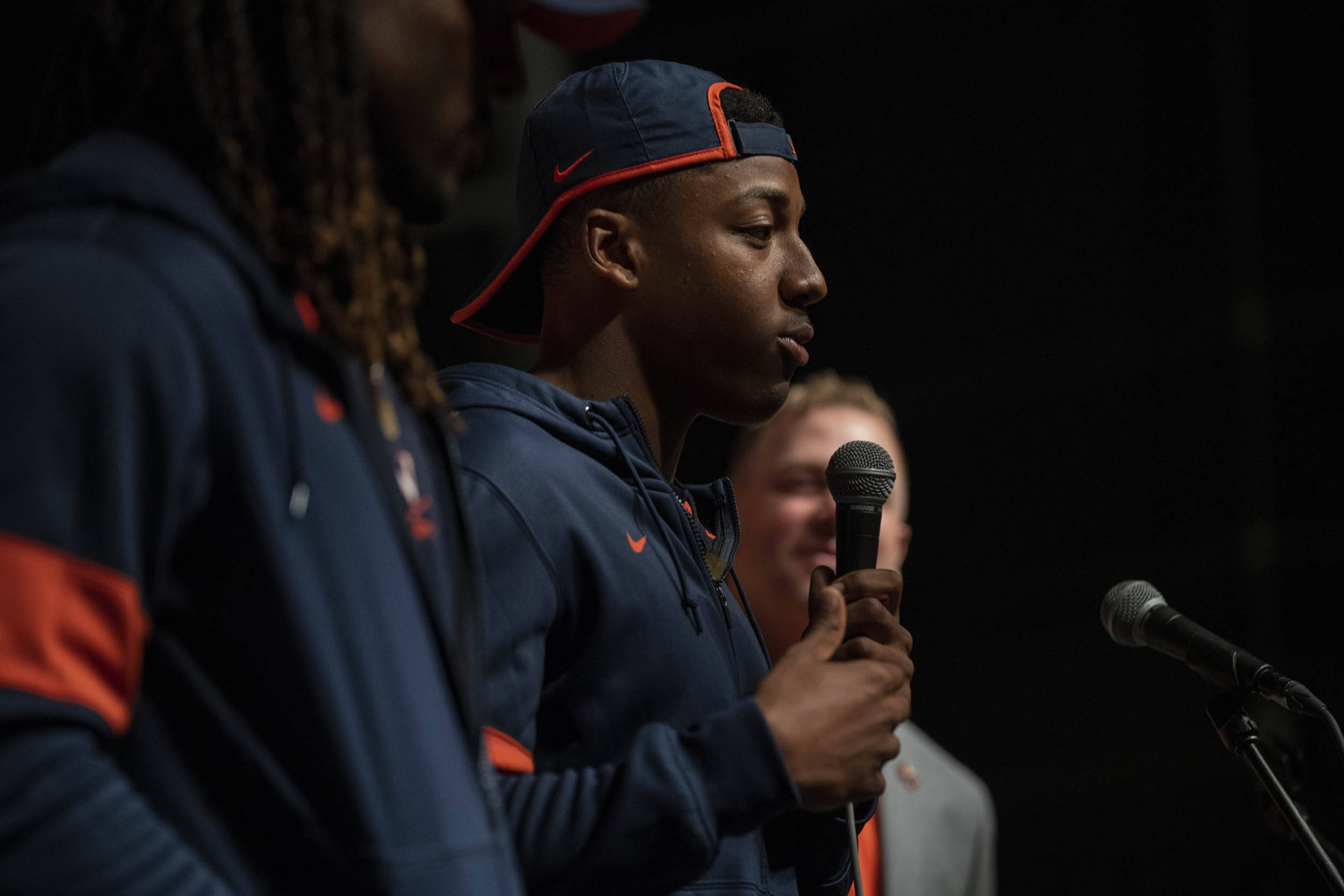 All-American cornerback Bryce Hall asked the fans to believe in the team this year. 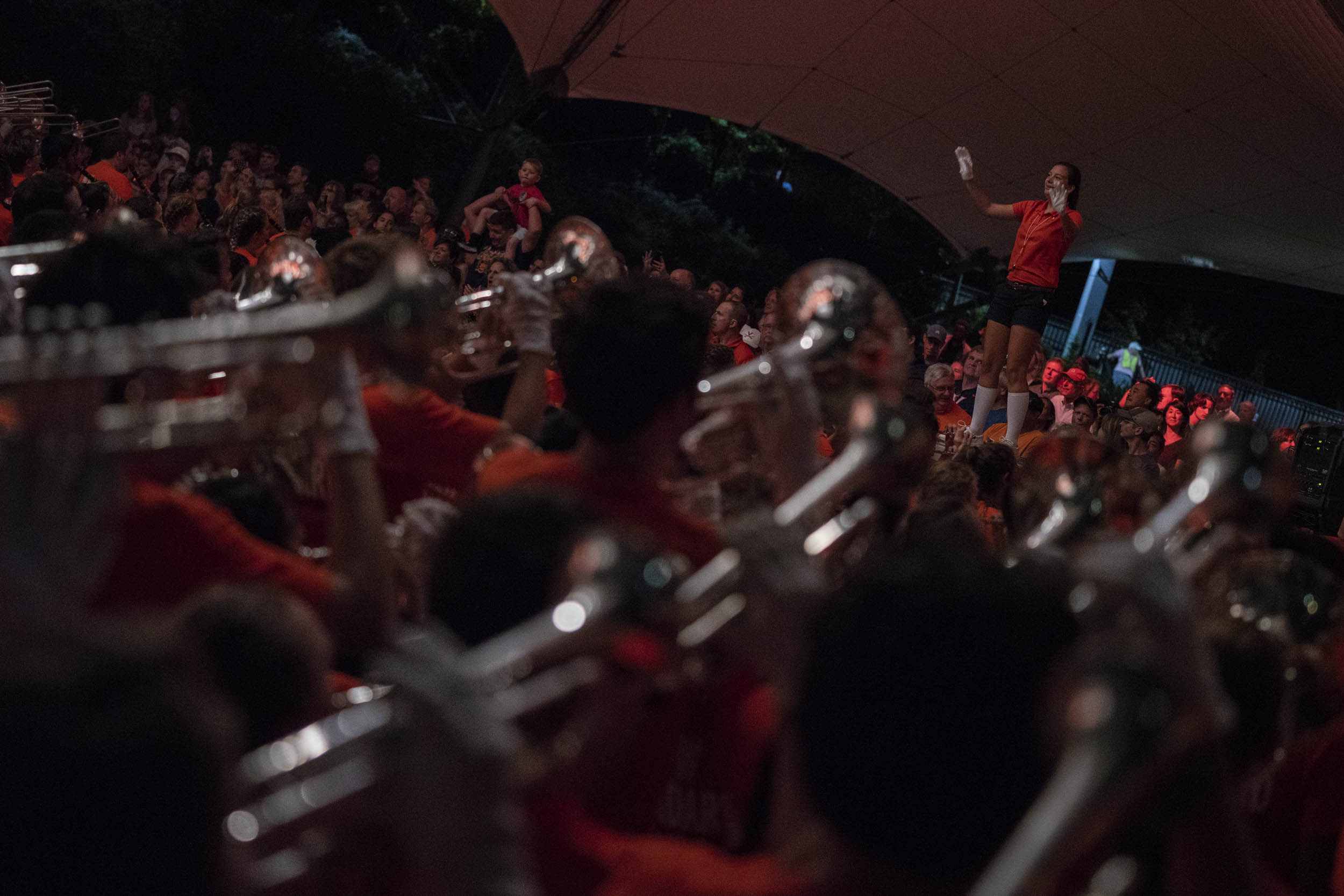 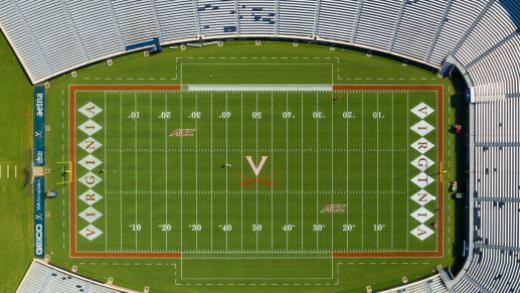 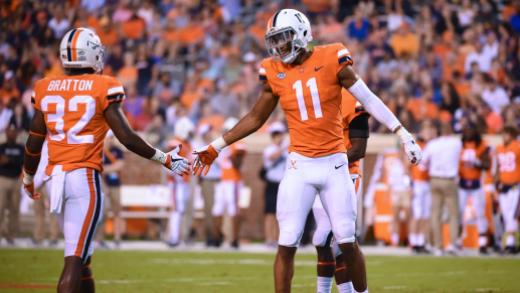 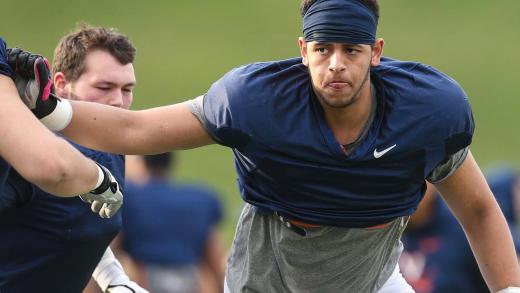