U.Va. Home to 5 Percent of Nation’s Most Influential Education Scholars 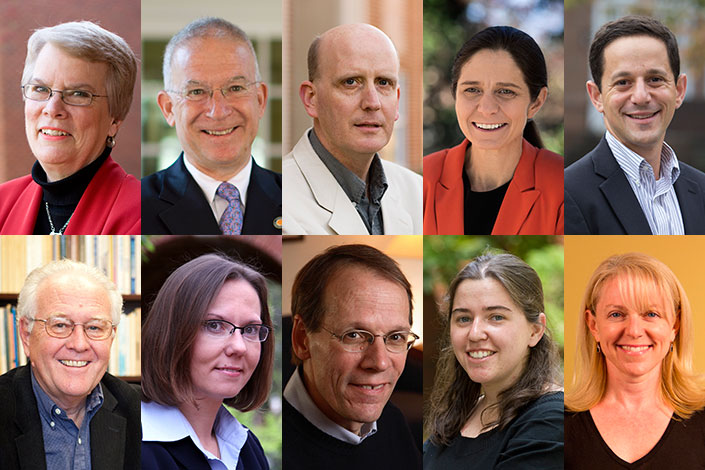 For the first time, 10 education scholars from the University of Virginia were named to the RHSU Edu-Scholar Public Influence Rankings, which recognize the 200 faculty members at U.S. universities who “contribute most substantially to public debates about education.”

The fourth annual rankings – compiled by former U.Va. faculty member Rick Hess, now a member of the American Enterprise Institute – were published Wednesday in Hess’ Education Week blog, “Rick Hess Straight Up.” They are based upon a variety of quantitative metrics that “recognize university-based scholars in the U.S. who are contributing most substantially to public debates about education,” including measures of publishing and press, Web and social media citations, according to Hess’ explanation.

Three U.Va. faculty members, including two leaders of U.Va.’s Curry School of Education, earned spots in the top 25. Carol Tomlinson, William Clay Parrish Jr. Professor and chair of the Educational Leadership, Foundations, and Policy Department, remained in the 16th slot. Curry School Dean Robert Pianta was rated the 22nd-most influential university-based scholar, and Daniel Willingham, a professor of psychology in the College of Arts & Sciences and a scholar affiliated with Curry’s Center for Advanced Study of Teaching and Learning, ranked No. 25.

Returning influential scholars include a host from Curry’s Education Policy program. Assistant professor Ben Castleman rocketed up to No. 100, reflecting his work this year in college access and retention. Education policy professor Sarah Turner (No. 113), professor Jim Wyckoff (No. 137) and assistant professor Daphna Bassok (No. 174) also made the list.

Monkeypox Is Spreading, But University’s Risk Believed To Be Low END_OF_DOCUMENT_TOKEN_TO_BE_REPLACED

Q&A: Assessing the Risks and Rewards of Pelosi’s Plan to Visit Taiwan END_OF_DOCUMENT_TOKEN_TO_BE_REPLACED

These Giant Wind Turbines, Inspired by Palm Trees, May Be the Future of Renewable Energy END_OF_DOCUMENT_TOKEN_TO_BE_REPLACED