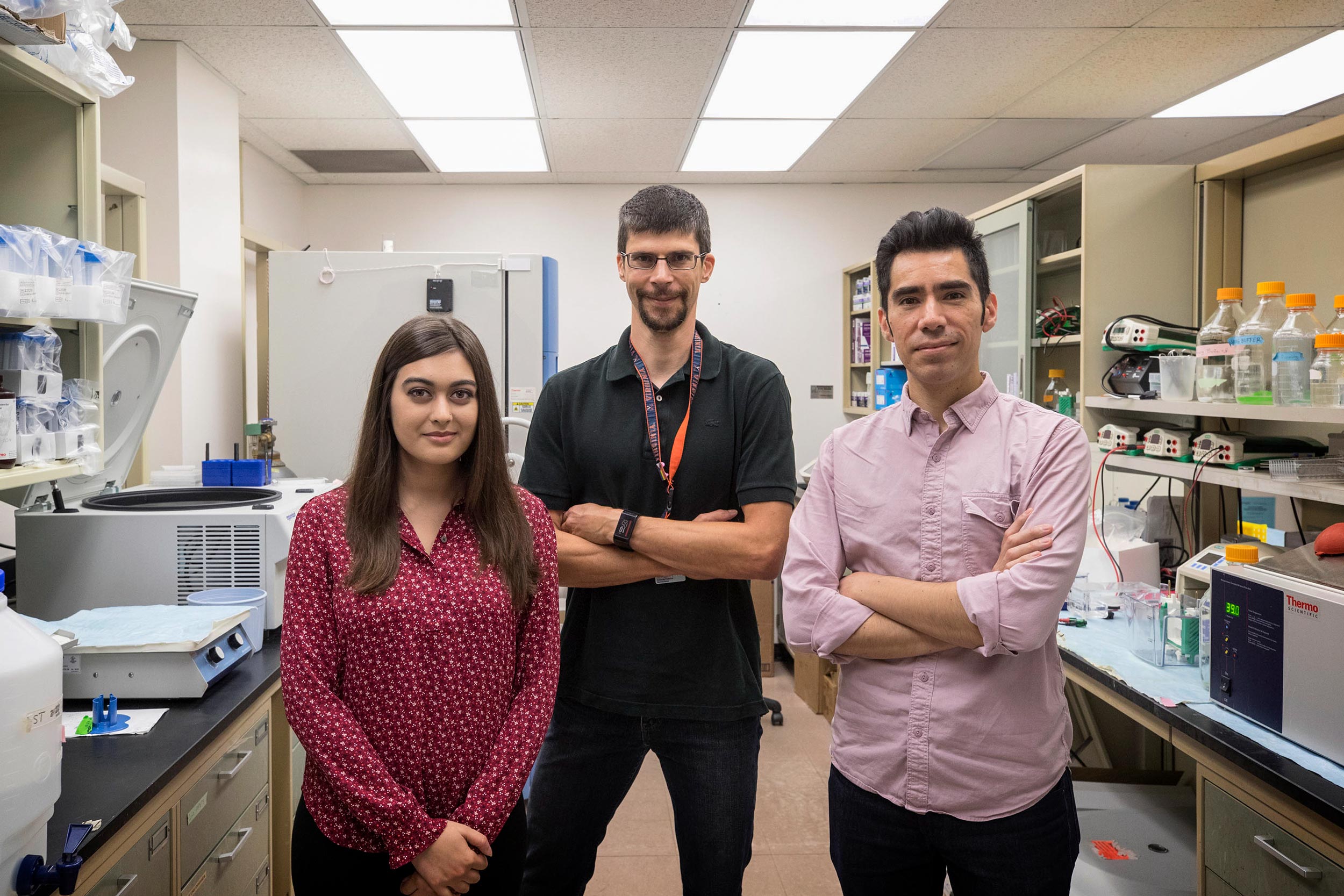 Cells that scientists have largely ignored when studying multiple sclerosis are actually key contributors to MS development, new research from the University of Virginia School of Medicine shows. The discovery suggests new avenues for devising treatments and is a vital step toward finding a cure.

Scientists had assumed that these cells, known as oligodendrocyte progenitor cells, could only serve a favorable role in MS. These glial cells make up about 5% of the brain and spinal cord, and they play an important and beneficial role by making cells that produce myelin – insulation for nerve cells.

It has been thought that these progenitors do not efficiently give rise to myelin-producing cells in people with MS. But UVA’s Alban Gaultier and his team made the surprising discovery that the cells are also actively participating in the immune system’s harmful attacks on myelin.

“This cell type is modulating the inflammatory environment,” said Anthony Fernández-Castañeda, the Ph.D. student who is the first author of the scientific paper outlining the findings. “I was very surprised that these progenitor cells, thought to be a bystander during the inflammatory process, are active contributors to neuroinflammation.”

The good news: The new insights into the progenitor cells suggest that doctors could potentially manipulate the environment inside the brain to avoid neurodegeneration and promote brain repair. In the lab, blocking the effects of the cells reduced inflammation and aided in myelin restoration.

“In MS, we have many ways to modulate the initial immune attacks, but we really have no way to promote brain repair,” explained Gaultier, of UVA’s Department of Neuroscience and its Center for Brain Immunology and Glia, or BIG. “To come up with a cure, we have to target both aspects of the pathology.”

That will be no easy feat, considering the multiple roles these progenitor cells play. They can’t just be shut down, so scientists would have to develop a more sophisticated approach.

“It’s going to take a lot more work to translate these findings to any form of therapy,” Gaultier said. “We are shining the light on this cell type that very few people have studied as part of the inflammatory response in the brain. More consideration should be given to the varied roles the progenitor cells play when focusing on finding a cure for MS.”

To keep up with the latest medical research news from UVA, subscribe to the Making of Medicine.