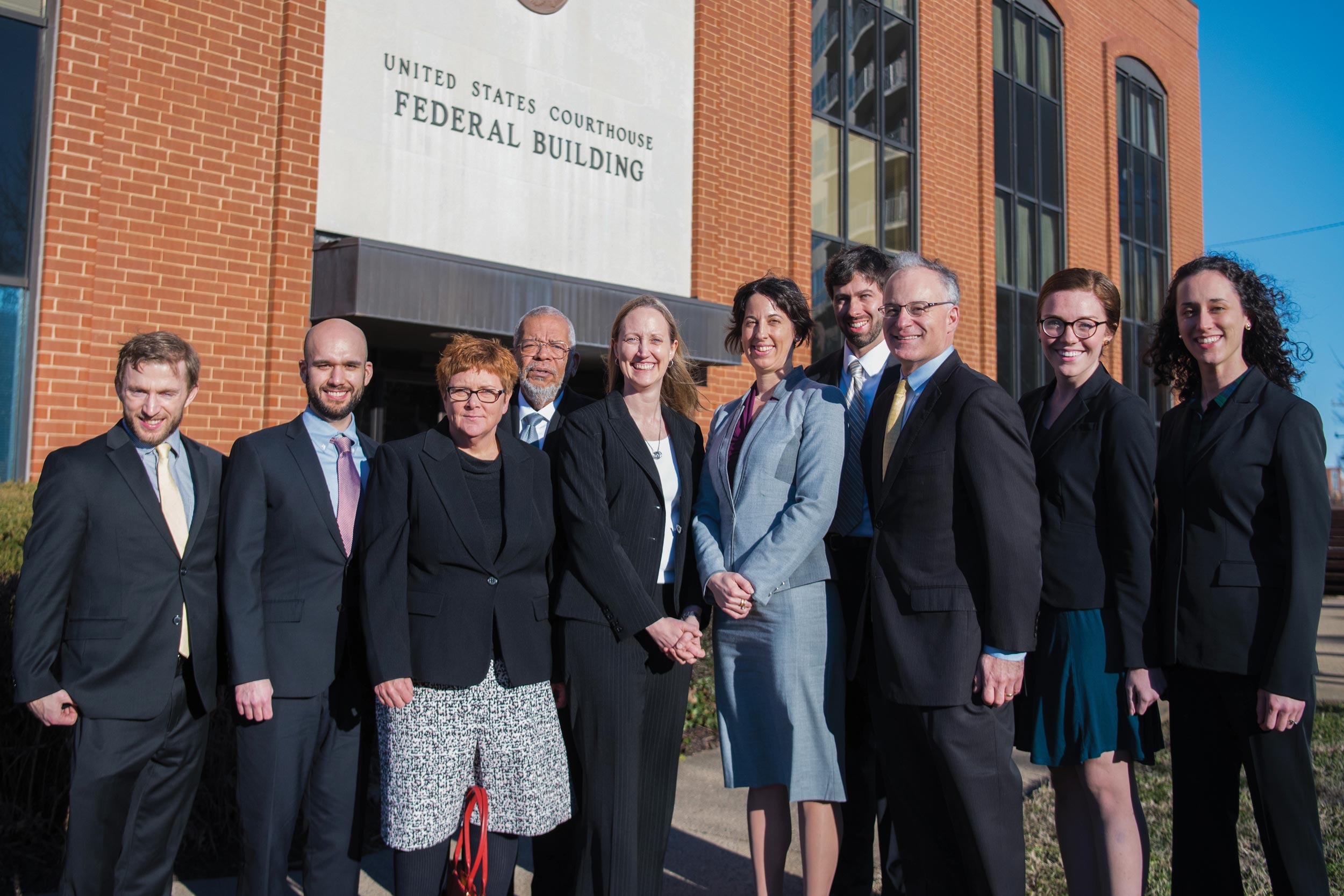 A team of UVA Law alumni and other attorneys over the years combined efforts to help win the “Drive Down the Debt” campaign, which appeared to effectively end this week with help of legislative allies. (Photo by Jesús Pino)

More than 627,000 Virginians with unpaid court fines and costs will have their driver’s licenses reinstated this summer following voting that took place Wednesday in the General Assembly. The decision effectively wraps up a multiyear public interest campaign that was led, in large part, by alumni of the University of Virginia School of Law.

The state Senate voted in favor of the reinstatement plan – part of Gov. Ralph Northam’s proposed budget amendment – following passage in the House of Delegates earlier the same day.

The change will help low-income residents get to work, doctor’s appointments and other vital destinations, according to the Legal Aid Justice Center in Charlottesville, the conduit for the alumni advocacy efforts.

“There was much groundwork leading up to this, developing champions in both chambers,” said 2008 Law School alumna Amy Woolard, an attorney and policy coordinator at the center, which reached out to state legislators in association with the group Americans for Prosperity.

In addition to the help of legislative patron Sen. Bill Stanley, Law School alumni such as Del. David Toscano (Class of 1986) and Sen. Jennifer McClellan (Class of 1997) provided key support.

But numerous more alumni, the school’s Civil Rights Clinic and UVA Law-affiliated partners participated in the Legal Aid Justice Center’s “Drive Down the Debt” campaign, which began with a class-action lawsuit in 2016.

In addition to Legal Aid Justice Center attorneys, many of whom are alumni, student volunteers, alumni attorneys with pro bono partner McGuireWoods and UVA Law professors have all contributed.

Woolard said other groups, such as the Virginia Poverty Law Center, have also been crucial.

Wednesday’s decision runs through the budget cycle ending July 1, 2020, at which time further legislative action will have to be taken to repeal the existing statute, which allows driver’s licenses to be suspended when court fees and fines are not paid.

The center won a preliminary injunction in December to stop the suspensions practice as part of its lawsuit, Stinnie v Holcomb. This latest development “freezes the litigation, but doesn’t moot it out,” Woolard said.

While proponents of the license suspension law have argued that there should be a consequence for not paying court debts, and the threat of losing a driver’s license provides strong leverage, the Legal Aid Justice Center has argued that the law is enforced without due process and creates a debt cycle for the state’s poorest residents.

The state’s automatic suspension policy has been in place since 1994.

Here Is What You Need to Know About the New Coronavirus Variant, Omicron END_OF_DOCUMENT_TOKEN_TO_BE_REPLACED

Fall Is in the Air on Grounds END_OF_DOCUMENT_TOKEN_TO_BE_REPLACED

Meet the Cats and Dogs Your CVC Donation Supports END_OF_DOCUMENT_TOKEN_TO_BE_REPLACED