UVA Law Professor Breaks Down the Implications of the ERA, Just Passed in Virginia 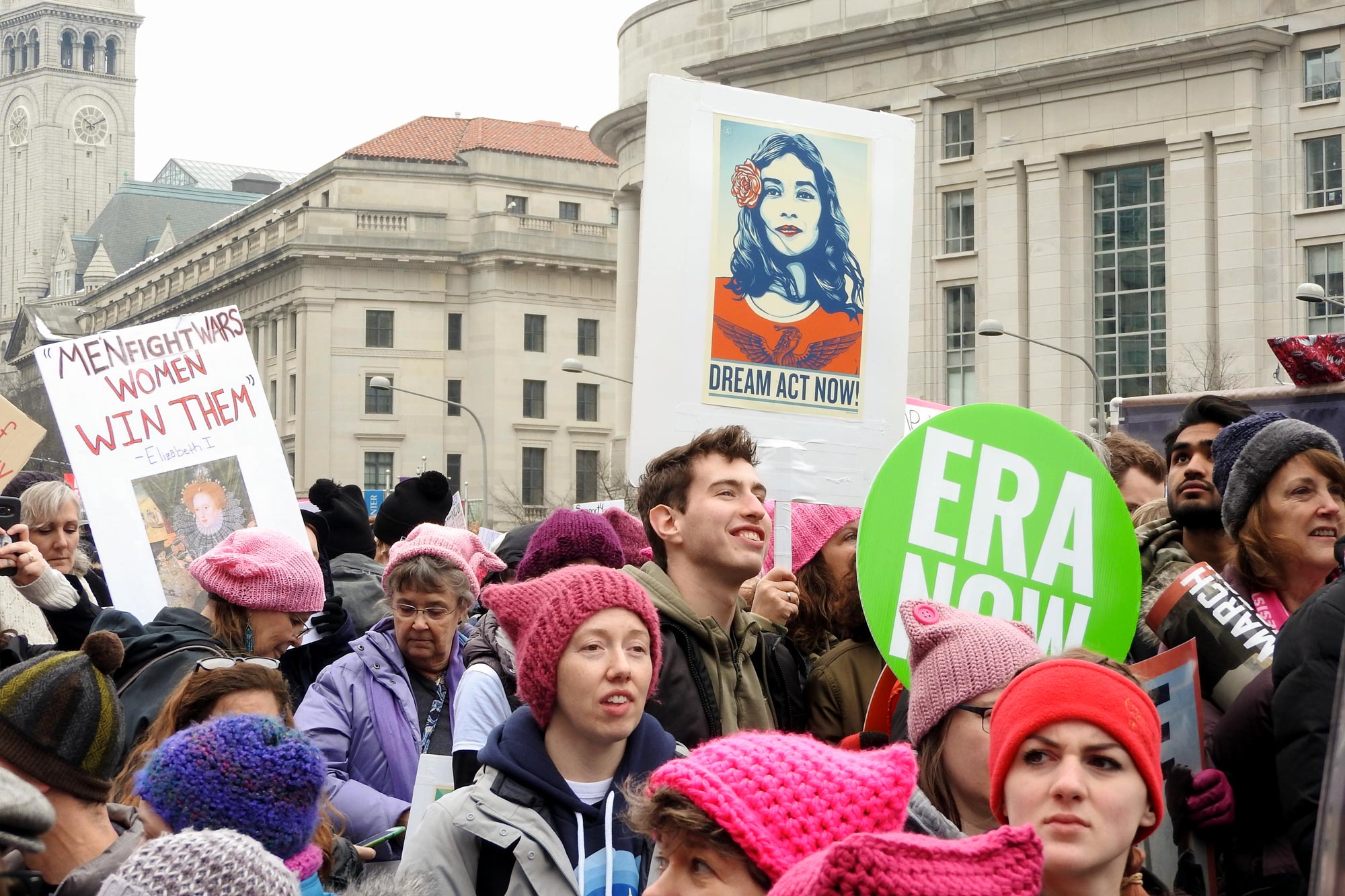 On Wednesday, the Virginia General Assembly ratified the Equal Rights Amendment, nearly 100 years after it was introduced to the United States Congress in 1923.

Virginia became the 38th state to pass the measure, which states that “equality of rights under the law shall not be denied or abridged by the United States or by any state on account of sex.”

The measure was passed in Congress in 1972, but three-quarters of states must approve if before it can become a constitutional amendment. With Virginia’s decision, the measure reached that three-quarters mark, but adding the amendment to the Constitution remains in question because of various legal hurdles.

Kim Forde-Mazrui, Mortimer M. Caplin Professor of Law at the University of Virginia and director of UVA’s Center for the Study of Race and Law, has focused his scholarship on equal protection involving race and sexual orientation.

On Wednesday, he spoke with UVA Today about his analysis that the ERA does not do enough for women, the possible unintended consequences of its passage, and other options on the table.

Q. What does the Equal Rights Amendment say?

A. The ERA’s text reads:

“Section 1. Equality of rights under the law shall not be denied or abridged by the United States or any State on account of sex.

“Section 2. The Congress shall have the power to enforce, by appropriate legislation, the provisions of this article.

“Section 3. This amendment shall take effect two years after the date of ratification.”

Q. Why has it taken Virginia so long to address this issue?

A. First, most people thought the ERA was dead after its 1982 [ratification] deadline expired. Also, conservatives have tended to oppose the ERA, which is why it did not pass muster in 2018, when the Republican-dominated Virginia legislature foiled the effort. Their concerns include the ERA’s impact on privacy, such as requiring unisex locker rooms, restrooms and prisons; its (unlikely) potential to guarantee a right to abortion; and its likely effect that women would have to register for the draft and serve more extensively in combat roles. Virginia was controlled by Republicans until January 2020. 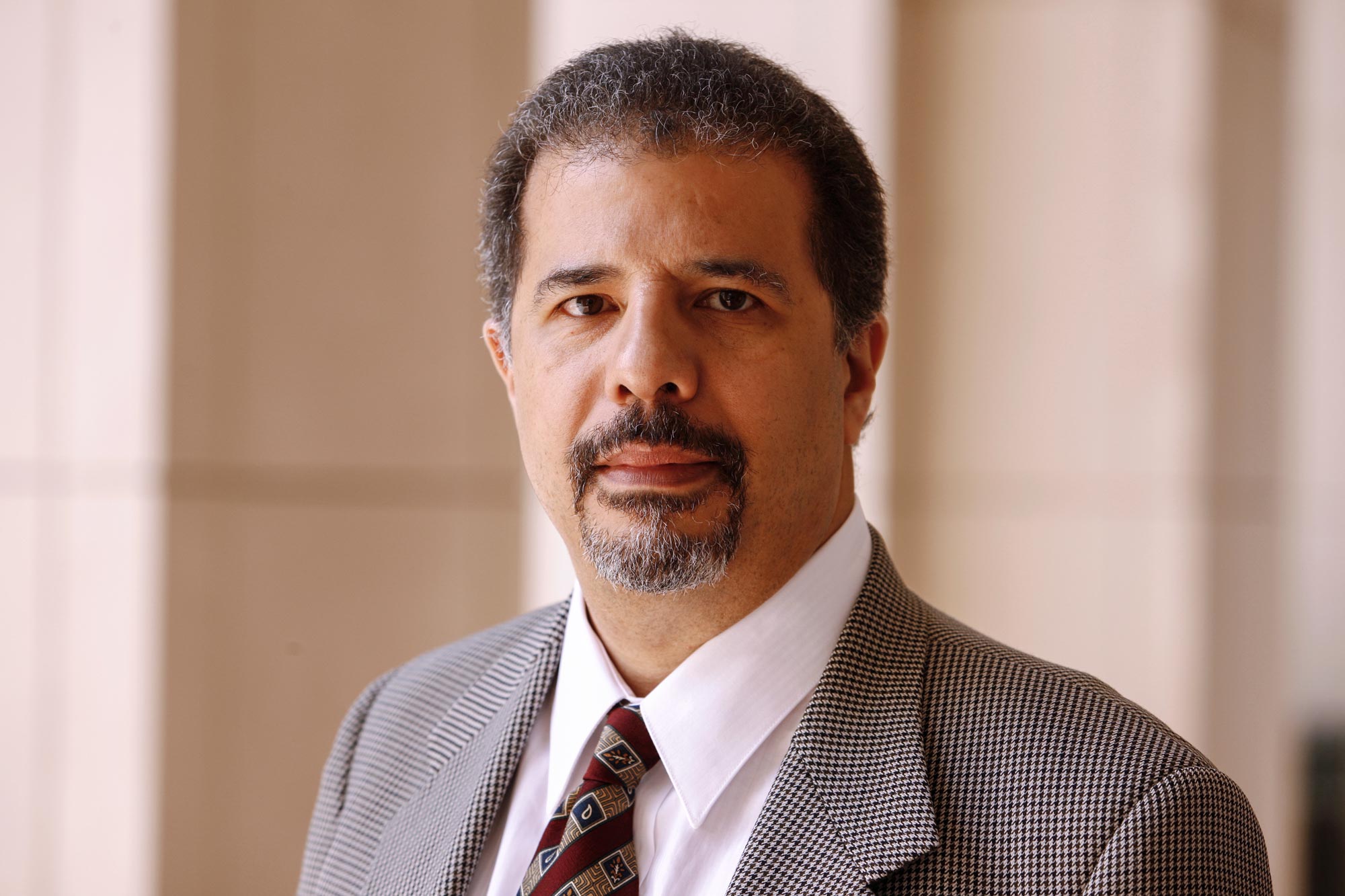 Kim Forde-Mazrui, Mortimer M. Caplin Professor of Law at the University of Virginia and director of UVA’s Center for the Study of Race and Law, has focused his scholarship on equal protection involving race, gender and sexual orientation. (Photo by Ian Bradshaw)

Q. What is your assessment of the ERA?

A. First, the ERA would only prohibit sex discrimination by the government and that is already prohibited under the Constitution. Second, the ERA would not apply at all to the inequalities that concern its supporters. Because it would not apply to the private sector, it would have no effect on such issues as violence against women, unequal pay or sexual harassment in the workplace.

Even worse, the ERA would harm women because it would not only bar government discrimination against women, like current law does, it would also ban all distinctions on the basis of sex, including policies designed to benefit girls and women. State and federal programs to increase female participation in STEM fields, corporate management and business ownership, for example, would likely violate the ERA. It would also jeopardize single-sex settings, such as schools, dormitories, prisons and locker rooms. This is because the ERA would require the government and courts to treat sex like they are required to treat race. The U.S. Supreme Court increasingly prohibits all race distinctions including when used to promote integration or to reduce inequality. And, of course, the Constitution prohibits separating people by race, whether in schools, prisons or other settings.

Q. Why are lawmakers so keen to pass the ERA?

A. People are confused about what the effect of the ERA would be. Statements by lawmakers routinely assume the ERA would apply to the private sector and completely fail to recognize how it would prohibit government policies designed to benefit women.

ERA supporters also desire to have sex equality expressed explicitly in the Constitution. I respect that interest tremendously. But symbolic equality is not worth the cost of undermining actual equality. Also, it could harm equality for other groups to take the position that only groups that are explicitly protected in the Constitution are protected. The Constitution does not mention any group in its equality clause (not even race), which has allowed the courts to expand the groups protected as their discrimination has become recognized, including different racial and national-origin groups, women, and gays and lesbians. If women are equal to men only if the Constitution expressly says so, then the message to other groups, such as gay, transgender, mentally or physically disabled and poor people is that they are not equal until they can amend the Constitution in their favor, a practical impossibility.

Q. Are there other ideas on the table?

A. Yes. People have proposed alternative amendments that would better promote women’s equality, many of them women.

U.S. Congresswoman Carolyn Maloney of New York has proposed an amendment slightly more promising than the ERA. Her proposal reads:

“Section 1. Women shall have equal rights in the United States and every place subject to its jurisdiction. Equality of rights under the law shall not be denied or abridged by the United States or by any State on account of sex.

“Section 2. Congress and the several States shall have the power to enforce, by appropriate legislation, the provisions of this article.

“Section 3. This amendment shall take effect two years after the date of ratification.”

The main difference between her proposal and the ERA is that she inserts a sentence at the beginning of the amendment that explicitly says “Women,” which the ERA does not. By doing so, her amendment might be interpreted by courts to allow some sex distinctions if they benefit women. That is unlikely, however, because the rest of the amendment still guarantees equality of rights on account of sex to everyone and thus should still entitle men to complain if a policy favors women. Her proposal also appears not to apply to the private sector.

Other countries, such as France and Germany, also have constitutional protections for women that expressly make exceptions for policies that seek to advance sex equality. City University of New York Professor Julie Suk has analyzed the sex equality provisions of several countries with sex equality ratings higher than the United States and found that their Constitutions make explicit authorizations for policies designed to increase women’s representation in professional careers, corporate boards and political institutions. Many also have express provisions to support mothers, fathers and children.

Q. Legally, what comes next now that Virginia has passed the ERA?

A. The ERA’s validity still faces several difficulties before it can become law. First, Congress initially set a 1979 deadline, which it purported to extend to 1982. It is not clear that the 1982 extension was lawful because it was passed by a simple majority of Congress, not the two-thirds required for Congress to propose constitutional amendments to the states.

Another problem is that a handful of states passed laws purporting to rescind their ratifications and did so prior to the expiration of Congress’s deadline, arguably reducing the ratifying states below the required 38.

My colleague, UVA law professor Saikrishna Prakash, has analyzed many of these difficulties and concludes that Congress cannot change the deadline to validate the three ratifications that have occurred in recent years, including Virginia’s. I have not studied these issues as closely as he has, but it seems to me that, at a minimum, Congress would have to eliminate the 1982 deadline and do so by two-thirds of each chamber. This conclusion is contrary to the hopes of some ERA supporters that Virginia’s ratification made the ERA law without any further action by Congress. In short, the next steps will be in the hands of Congress and the courts.

The inadequacy of the ERA is not the fault of author Alice Paul or others who helped to draft or support it. In 1923, no one could have predicted that putting a right against sex discrimination in the Constitution would be interpreted by courts to be against women’s interests. It is disappointing to come this far only to regroup, but we should not let what should be blind us from what would be, under the ERA. We need a fresh start, a new ERA that fits the sex inequalities that exist today and one that prevents the courts from blocking such reforms. The matter is now in the hands of Congress and the courts.