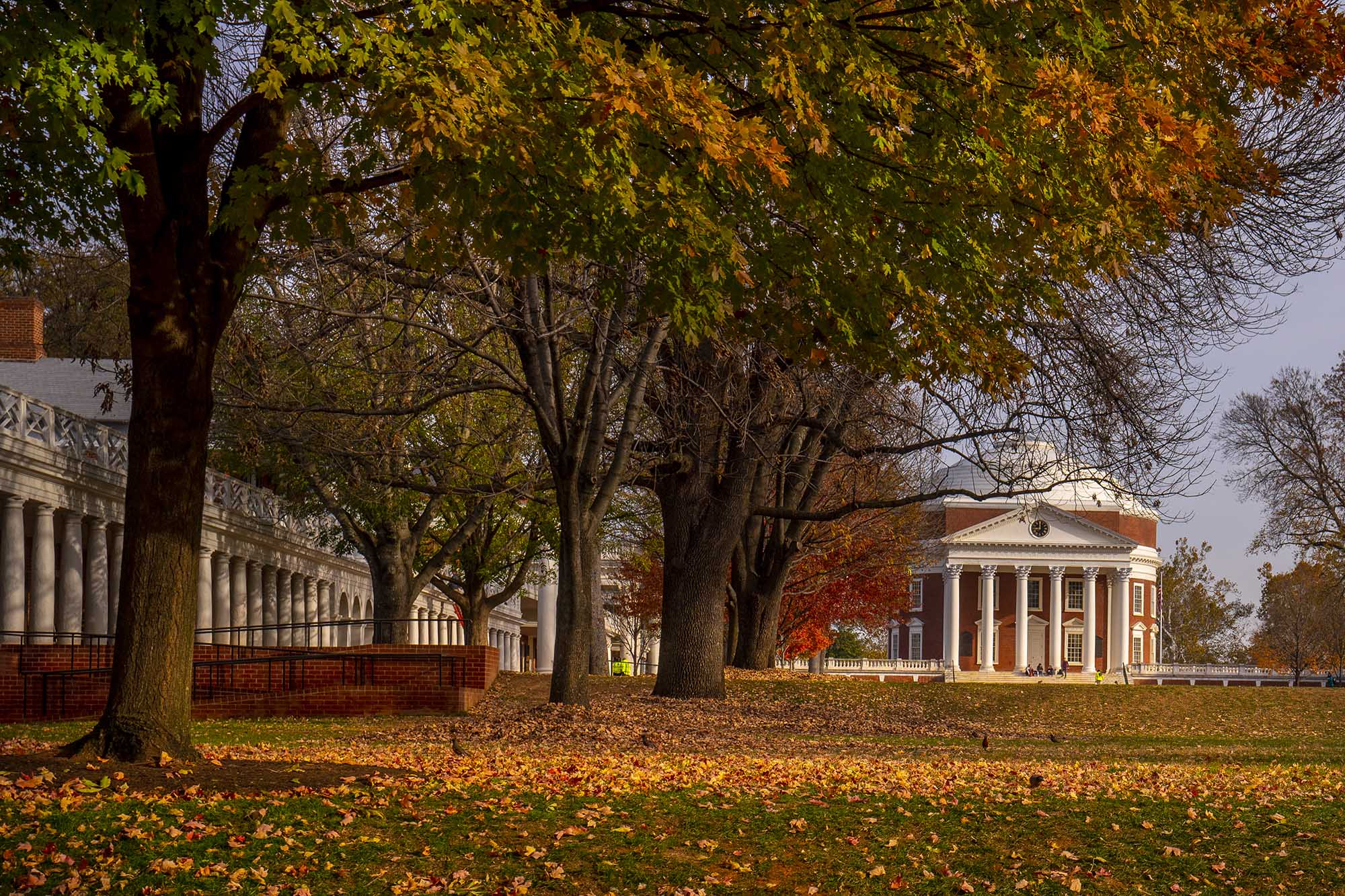 Typically, on Family Weekend at the University of Virginia, President Jim Ryan meets with students’ families for a question-and-answer session. On Friday, on what was to have been Family Weekend, Ryan and his leadership team held a virtual town hall.

Ryan discussed his experience of the fall semester, both as a parent – he and his wife Katie have four children, including two college-aged sons – and a university president. He also laid out plans for the spring semester, now scheduled to begin on Feb. 1. (View a full recording of the town hall.)

This semester, Ryan said, the University put a lot of responsibility on its students, asking and trusting them to follow strict public health guidelines, including wearing masks and limiting gatherings to small groups, as well as to take some courses online, an experience he acknowledged is stressful for both students and parents.

“Both of my sons have all of their classes online,” Ryan said. “Watching them as parents inevitably makes us worry a bit – both about their physical health and their mental well-being. College is such a formative experience, and this is a tough semester.”

Still, Ryan said, he has been impressed by students’ resilience and positivity. He shared a few ways UVA students have gotten creative and worked to help each other – coordinating a letter-writing campaign to support first-year students, designing public health PSAs, volunteering for virtual programs helping their peers and the Charlottesville community, sending care packages to students in quarantine or isolation, developing “musical care packages,” and, in one case, staging pop-up concerts on their porch. 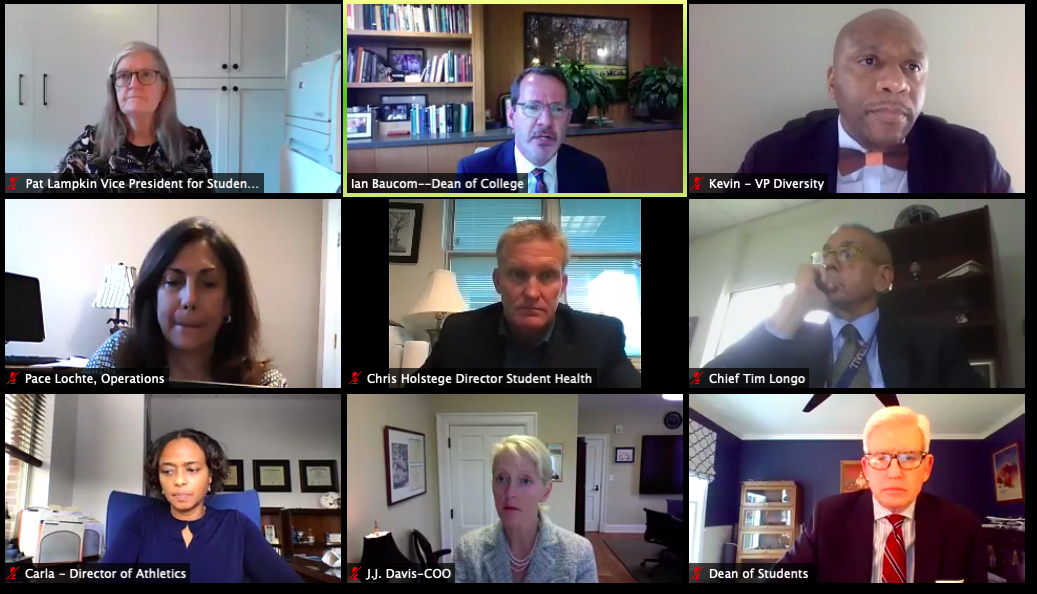 “Even though we have asked a lot of our students this semester, they have more than risen to the occasion,” he said.

Ryan also spoke about what he and other University leaders have learned about the virus. Testing, he said, has been and will be critical to finishing the semester successfully. UVA has been increasing testing all semester, and is now testing all students living in residence halls at least once every nine days, testing wastewater in residence halls, and conducting prevalence testing among students living off-Grounds. UVA will also offer every student a COVID-19 test before they leave for Thanksgiving at the end of the on-Grounds semester.

Many parents asked about the possibility of more in-person courses in the spring. This semester, about 30% of courses across UVA had an in-person component, including about 20% of undergraduate courses.

Baucom said deans and faculty are working hard to increase that those numbers.

“This is one of our highest priorities, after keeping your students safe,” he said. “We have learned a lot this fall and we are working actively with all of our faculty to increase the number of in-person courses.”

Provost Liz Magill recently held a faculty town hall to share lessons learned about safe in-person teaching this semester. Baucom and his fellow deans also hope to increase options like rotating students through in cohorts, so that large courses can meet in-person in smaller groups. Already, Baucom said, many faculty members have come to him hoping to add an in-person component to their online courses in the spring.

Groves discussed how the University is encouraging in-person interaction outside of class, by setting up outdoor tents for dining and small-group socializing, and through events such as a poolside movie night offered by Intramural and Recreational Sports.

“We are trying to do everything we can in a tough in environment to get students the opportunity to meet and engage with each other,” he said.

Williams spoke about restrictions on attendance at sporting events, including a 1,000-person limit imposed by the commonwealth that applies to home football games. She and other leaders are monitoring those restrictions, and possibilities for adding more students and fans, every week, Williams said. They are also working with state health officials and Atlantic Coast Conference officials to make plans for the upcoming basketball season.

Holstege also gave parents an overview of UVA’s COVID-19 testing programs and current case numbers on Grounds, which he said were happily low.

“This past week, we have had days with no positive tests,” he said. “Our numbers are well-controlled and down, and I hope that continues for the next few weeks until the break.”

Lochte said students will soon receive more information about testing prior to their departure at Thanksgiving. Students who live on Grounds will receive a regularly scheduled test before they leave, part of testing on-Grounds students every nine days. Those who live off Grounds will receive information next week about arranging a test before leaving.

“All students will have the opportunity to get a test prior to their departure from Grounds and we are very much encouraging them to do so,” Lochte said. “It is also important to remember that tests show one point in time, and it will be important for students to be extra vigilant in the weeks before their departure.”

A full recording of Friday’s town hall will be available on the Student Affairs website for anyone who missed the live event.

Ahead of Thanksgiving, Hoos Look Back With Gratitude END_OF_DOCUMENT_TOKEN_TO_BE_REPLACED

The Cavalier Marching Band Marches On – Even When Apart END_OF_DOCUMENT_TOKEN_TO_BE_REPLACED