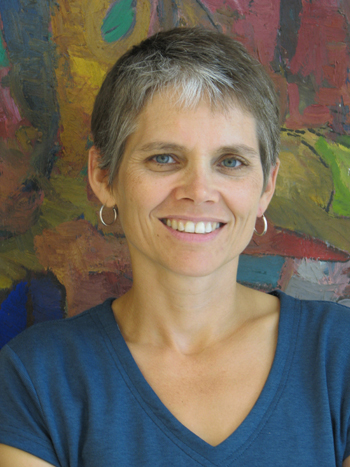 In January, Laughon – a forensic nurse examiner and an associate professor at U.Va. School of Nursing – received a $250,000 Department of Justice grant to continue her work to test a novel dye that highlights sexual assault injuries more effectively in women of color. That study is under way with colleagues from the departments of Biomedical Engineering and Chemistry, and will begin recruiting human subjects later this fall.

After a rape, many forensic nurses document injuries by using a dye that highlights lacerations and abrasions, which enables examiners to document two to three times as many injuries as an unassisted visual exam. But the traditionally used dye – a dark blue – doesn’t show on many women of color.

Given that research has shown that fewer injuries are documented in women of color – possibly because the current techniques are not effective in this group – Laughon’s fluorescent dye may offer a better way and provide a critical step in assessing what happened, and documenting it.

Of the nearly 18 million American women who are victims of attempted or completed rape, many are women of color; nearly 19 percent of black women report experiencing rape or attempted rape during their lives, as do 34 percent of American Indian/Alaskan women and 24.4 percent of women of mixed race.

While about half of women who are sexually assaulted have no visible genital injuries, this novel technique is intended to ensure that all possible evidence is discovered and documented. A fluorescent dye would be equally effective in all women, ensuring that those who have a forensic exam receive the same quality of care. And when injuries are documented, cases are more likely to be prosecuted and more likely to end in a guilty verdict.

Laughon – whose body of research has focused on issues related to intimate partner violence and its impact on women and children – received her bachelor’s and master’s degrees from the University of Virginia and her Ph.D. from Johns Hopkins University. A forensic nurse examiner at the U.Va. Medical Center, where she conducts evidence collection and provides care to survivors of sexual assault, she is past president of the board of the Nursing Network on Violence Against Women, and co-chairs the expert panel on violence for the American Academy of Nursing.

The Ann Burgess Forensic Nursing Research Award is given annually to an individual who has made exceptional research contributions to the field of forensic nursing through collaborations, research and publications. Named for a Boston College professor of nursing who was a pioneer in the assessment and treatment of patients suffering from trauma and abuse, Laughon is the fifth recipient of the award, which was first given in 2009. She will receive the award in October at the group’s fall conference in Phoenix.

What’s Next for UVA’s Class of 2022? END_OF_DOCUMENT_TOKEN_TO_BE_REPLACED