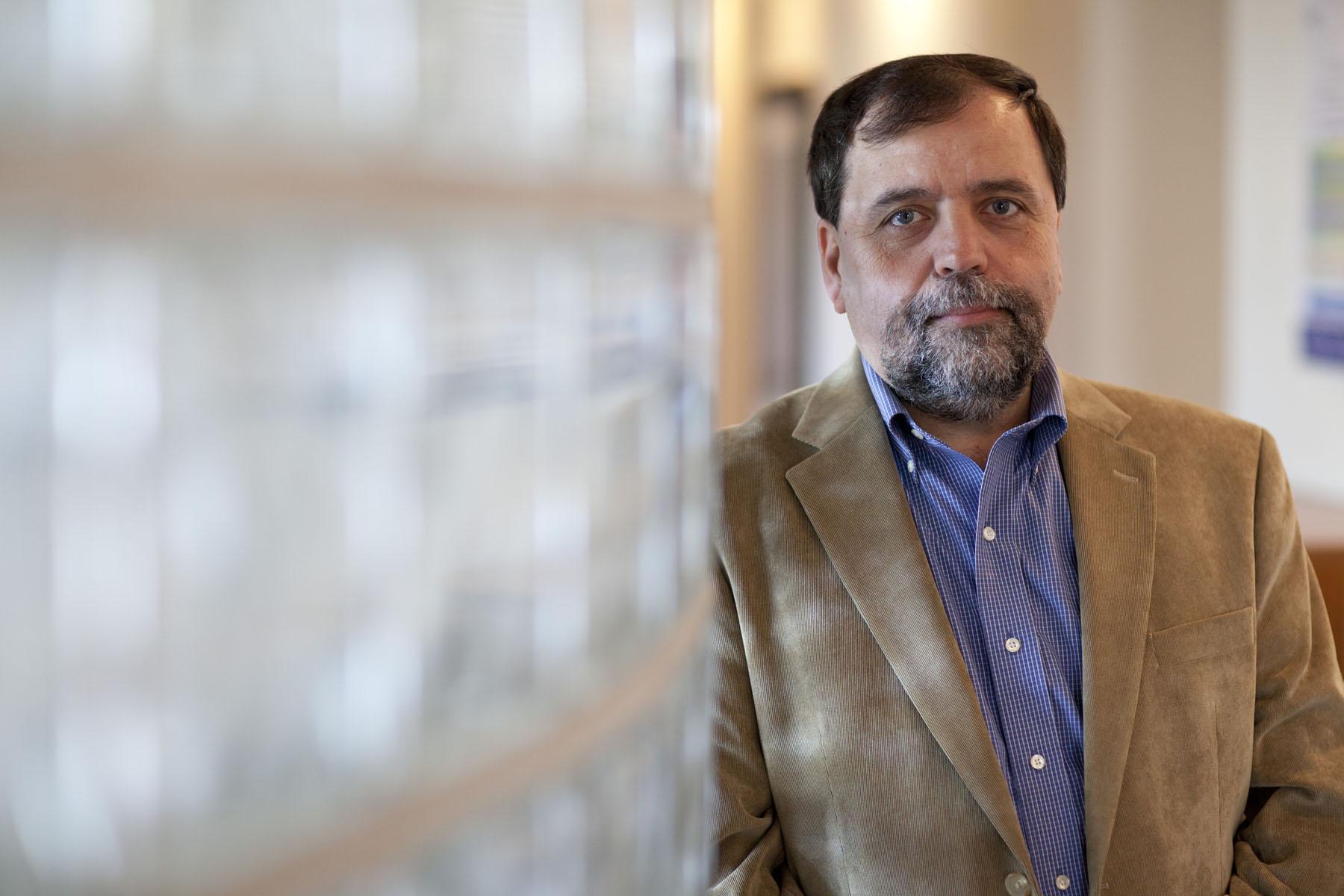 Awarded annually, the honor recognizes a U.Va. inventor or team of inventors whose research discoveries have proven to be of notable value to society. Kovatchev, director of the U.Va. Center for Diabetes Technology, will be honored at the Patent Foundation's annual awards reception, April 19 at the Rotunda.

"Dr. Kovatchev's novel computational methods have significantly advanced the field of diabetes research worldwide," said Miette H. Michie, interim executive director and CEO of the U.Va. Patent Foundation. "For his achievements in Type 1 and Type 2 diabetes control, the U.Va. Patent Foundation is pleased to recognize Dr. Kovatchev as the 2011 Edlich-Henderson Inventor of the Year."

Kovatchev's most recent work forms the core of the Juvenile Diabetes Research Foundation's Artificial Pancreas Project, the goal of which is to achieve "an automated system to disperse insulin based on real-time changes in blood sugar levels," freeing Type 1 diabetics of the onus of diabetes management and reducing the incidence of severe diabetes-related outcomes.

The system's "smart" algorithm, developed by Kovatchev and collaborators from U.Va. and the University of Padova in Italy, uses existing continuous glucose monitoring and insulin pump technology to automatically regulate a patient's insulin levels, with no action required on behalf of the user. The algorithm is currently being tested in clinical trials at the U.Va. Health System and 10 other centers spanning seven countries.

"I am thankful to my colleagues, collaborators and supporters for their help with positioning U.Va. as a leader in this new and promising field of medical science," he added.

In addition to his work on the Artificial Pancreas Project, Kovatchev has developed several pioneering tools in the area of diabetes, including:

•    A computer-based diabetes simulation model that has been accepted by the U.S. Food and Drug Administration as a suitable alternative to animal testing, now in use at approximately 20 academic and corporate institutions internationally engaging in diabetes research and product development;
•    Methods for predicting the short- and long-term risks of severe hypoglycemia, a serious condition arising from patients' blood sugar dipping below safe levels;
•    Computational tools for assessing behavioral irregularity associated with Type 1 diabetes and for assessing long-term diabetes control; and
•    A method for evaluating the accuracy of continuous glucose sensors.

He has also developed computational methods useful in the study of conditions such as substance addiction and attention deficit/hyperactivity disorder.

For information about the Edlich-Henderson Inventor of the Year award, including a list of past honorees, visit here.