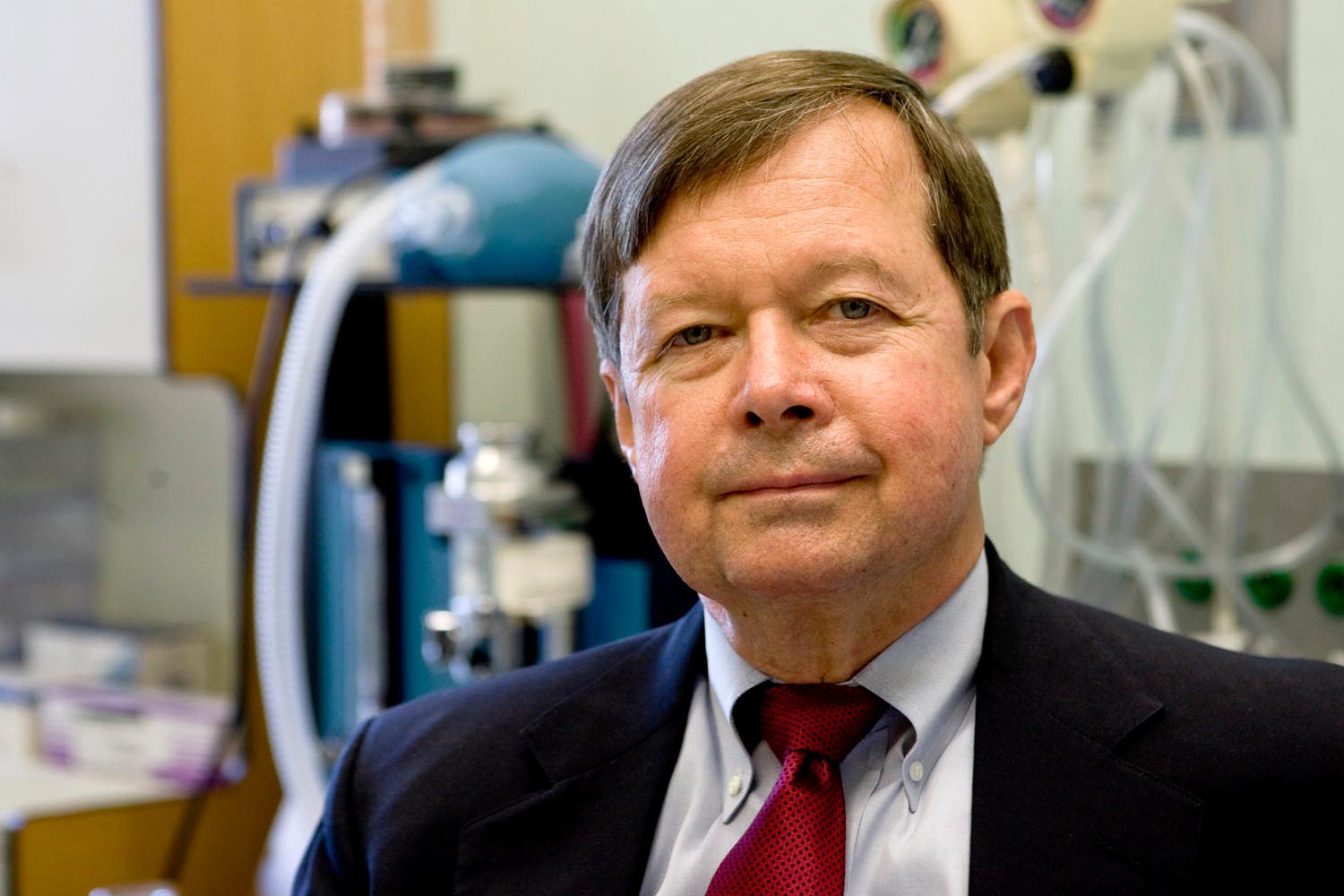 May 5, 2008 — The University of Virginia Patent Foundation has selected George T. Rodeheaver, distinguished professor in U.Va.'s Department of Plastic Surgery, as the 2008 Edlich-Henderson Inventor of the Year. Rodeheaver was chosen for the revolutionary wound-healing technology he has developed over more than three decades of research in the U.Va. Health System.

"Each year, the Patent Foundation selects a U.Va. researcher whose contributions have had an important impact on society as well as their field as the Edlich-Henderson Inventor of the Year," says Robert S. MacWright, executive director of the Patent Foundation. "This year, Dr. Rodeheaver was chosen for this top honor because of his work to reduce the suffering and improve the recovery of burn victims and patients with chronic wounds. This work has made a big difference for patients at the U.Va. Health System, and Dr. Rodeheaver’s continued efforts will bring its benefits to patients everywhere."

Rodeheaver, the Richard F. Edlich Professor of Biomedical Research, says he is especially thrilled to have been selected as the winner of an award named in part for his friend and long-time collaborator. “This award is not only an honor for me but also a tribute to Dr. Edlich, who has made so many contributions to emergency medicine over the years,” he says.

Rodeheaver’s most notable invention is an ahead-of-its-time antimicrobial gel that has proven significantly more effective than existing therapies in treating severe burns and chronic wounds, such as diabetic ulcers, pressure ulcers and venous leg ulcers. Trade-named PluroGel™, the topical treatment is unique in that it thickens at high temperatures (such as body temperature) and liquefies at cooler temperatures. As a result, PluroGel effectively delivers healing medication when applied to the body but is easily removed by cool water, making it much less painful to remove than existing therapies.

Rodeheaver’s innovative technology, for which he received a full U.S. patent in 1997, has been used to treat patients throughout the U.Va. Health System. More than 2,000 patients — some referred from up to 400 miles away to receive the treatment — have benefited from the invention.

“The technology has had a dramatic impact so far,” says Rodeheaver, who is also director of U.Va.’s Wound Healing Research Laboratory. “The fact is that in our burn center, we have been able to eliminate infection, which was the leading cause of death 15 years ago. And we have had great success in healing chronic wounds, many of which [with traditional remedies] had not healed for numerous years.”

Because of the level of success achieved within the U.Va. Health System, Rodeheaver has worked diligently to commercialize the technology through a start-up company, PluroGen Therapeutics Inc., which he founded with associate professor Adam J. Katz, M.D., also of the Department of Plastic Surgery. PluroGen is currently seeking Federal Drug Administration approval on the product so that it can be made available commercially to the public, beyond the University hospital.

After 36 years at the University and over 200 journal articles, Rodeheaver says he continues to enjoy pushing forward on the frontiers of science. According to the faculty member-cum-inventor and now entrepreneur — who considers himself to be “old-school” and was filling out a grant application when he received word of his award — technology transfer is an exciting new path for his research.

“It is a new paradigm for me; it’s unique and exciting,” he says. “Entrepreneurship in particular is something I see as a brand-new adventure.”

Rodeheaver will be honored May 19 at the Patent Foundation’s annual awards banquet at the Boar’s Head Inn in Charlottesville, which will also celebrate those U.Va. inventors who received U.S. patents and copyrights in 2007. This is the 16th year that the Patent Foundation has bestowed the Edlich-Henderson Inventor of the Year award.

About the Edlich-Henderson Inventor of the Year Award
The highest honor bestowed by the U.Va. Patent Foundation, the Edlich-Henderson Inventor of the Year award recognizes an inventor or team of inventors each year whose technology has proven to be of notable value to society. Named for U.Va. Professor Emeritus Richard F. Edlich, M.D., and Christopher J. Henderson, the award is a tribute to their enduring support of and commitment to the University and its inventors.