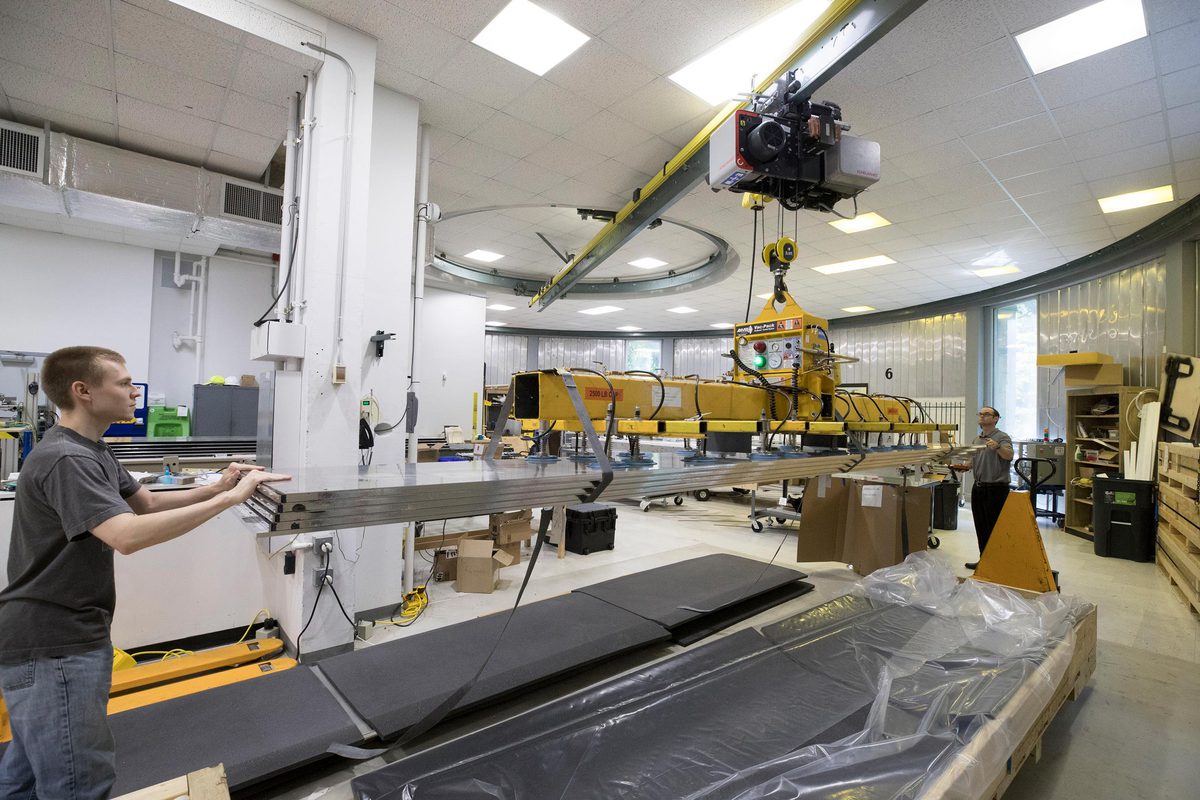 UVA’s High-Energy Lab physicists are building large components for one of the largest physics experiments ever conducted in the U.S. The results may rival the discovery of the Higgs boson.

University of Virginia physicists are building major components for one of the largest and most complex physics experiments ever conducted in the United States: a $271 million particle physics project at the Department of Energy’s Fermilab near Chicago, called the Muon-to-electron Conversion Experiment, or Mu2e.

The goal of particle physics is to bring to light the intimate behaviors of the almost unimaginably small particles that make up the universe, the building blocks of everything we see and don’t see – atoms, molecules, elements, the compounds that are the stars, the planets, inorganic matter, and life on Earth and likely beyond.

“There are holes in our understanding of some of the interactions of the fundamental materials that gave rise to our universe,” said Craig Dukes, a professor of physics with UVA’s High Energy Physics Group who is leading the overall design and construction of a particle detector to be used in the experiments. “We are working to fill gaps in theory by conducting direct experimentation at a major lab.”

The model to which Dukes refers is the Standard Model of Physics, which is an overarching theory that attempts to explain the “fundamental forces” that gave shape to the universe. 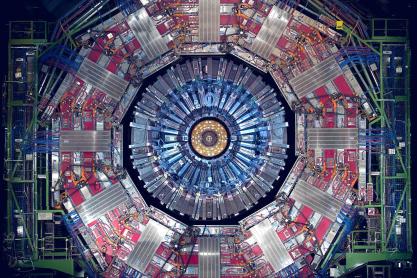 The Mu2e experiment is being designed to create particle interactions that will allow physicists to directly observe and analyze the apparently rare conversion of one type of elementary particle, called a muon, into a lower-mass electron. Theory suggests that this happens, and previous, related studies indicate that muons do convert into electrons at a very small rate. But this predicted rate is nearly too small to be observed experimentally. If Mu2e sees a signal, it would mean that physics beyond the Standard Model has been discovered, a very big deal.

It is important to know, one way or the other, Dukes said, because, to interpret the universe and fill in the gaps in the Standard Model, including some of the universe’s deepest mysteries – dark matter and dark energy – physicists need an understanding of some of its most minute details. As physicists slowly bring illumination to the details, the missing pieces in the model will fall into place, as they do in the actual universe.

As an example, in 2012, international teams of physicists, including some at UVA, confirmed at the Large Hadron Collider in Europe the existence of the Higgs particle, which filled a gap in the Standard Model – and made international news. That was an example of direct innovative experimentation bringing to light some of the fine detail involving particle physics.

Mu2e aims to do the same. It is a specially designed experiment that should conclusively prove, or disprove, that muons convert to electrons and provide clues missing from the Standard Model.

“If we don’t find evidence of conversion, it will kill many theories beyond the Standard Model,” said physics professor Craig Group, who leads the fabrication team that is building the detectors. “If we do, it will be a big discovery, similar to the Higgs.”

During the experiment, which will last for several years beginning in 2023, Fermilab will use a particle accelerator to create about 100 million billion muons per year to study their interactions. Based on limits from past experiments, physicists know that it will take at least that number to find the conversion to electrons, if it in fact occurs.

UVA’s part of the experiment is to make certain that there is no outside interference, or “background data,” from the actual universe flooding in to corrupt the data. The particle detector that UVA physicists are building, from their own design, will net, so to speak, naturally occurring muons traveling in from space, count them, and then deduct them from the man-made muons that will rattle around inside the accelerator. This project – called Cosmic Ray Veto – has been in the planning stages at UVA for 10 years.

“For accurate results during the experiment, we need to do an outstanding job of making certain that natural occurring muons traveling to the Earth are not included within the experimental data throughout the life of the project,” Group said.

The following is a look at some of the detector components fabricated for the Mu2e project during the past 15 months UVA by professors, technicians, postdoctoral fellows, graduate students and undergrads. Some of these electronic components – built into 1-by-6-meter modules – have been shipped to Fermilab; others are under construction; and more will be built and shipped during the next two years. Eventually, technicians at Fermilab will install the detectors, completely surrounding the particle accelerator and protecting its 300-square-meter surface from outside signals.

There will be 83 detector modules in all, each weighing as much as 2,000 pounds, totaling about 160,000 pounds of materials. 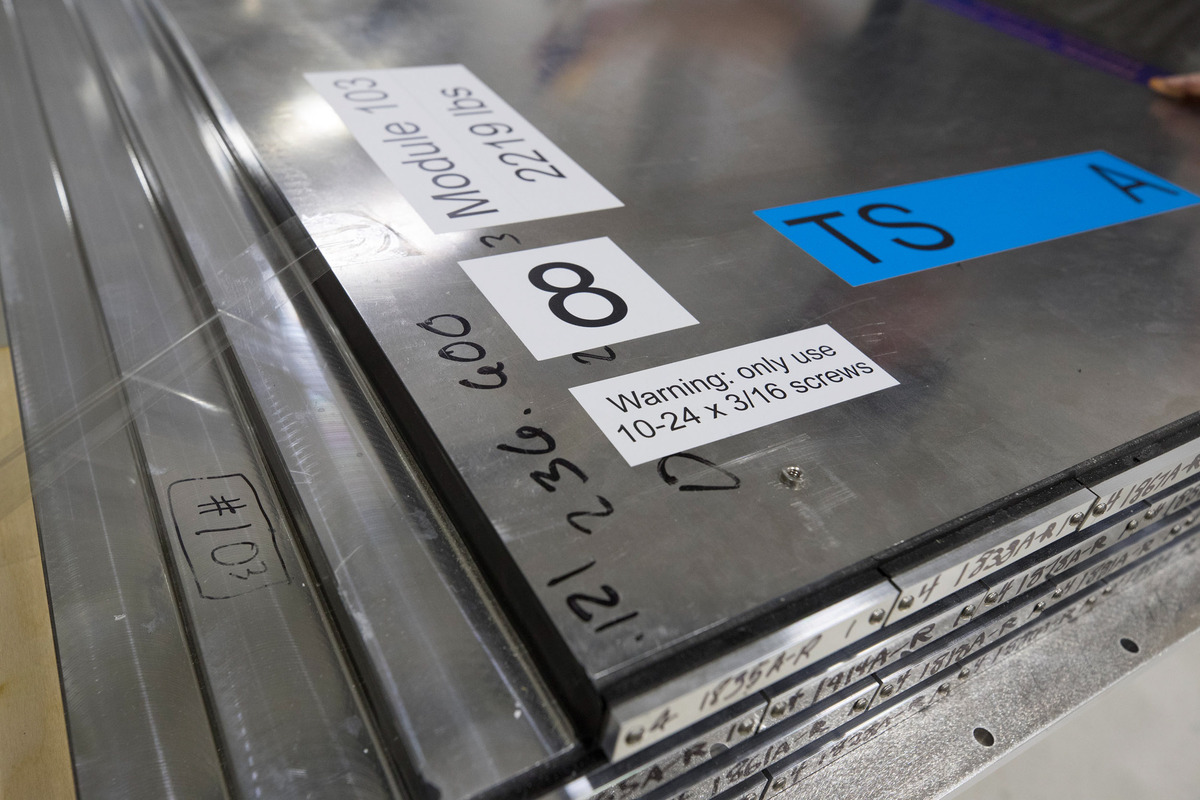 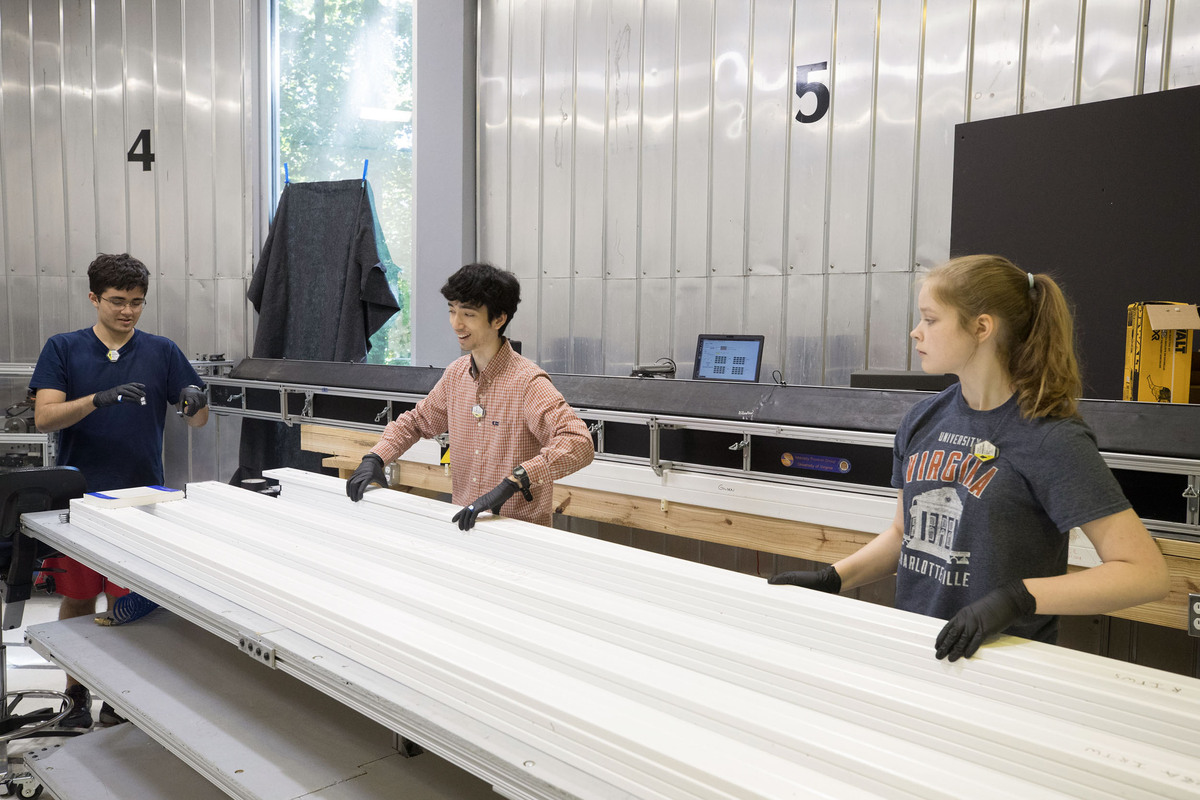 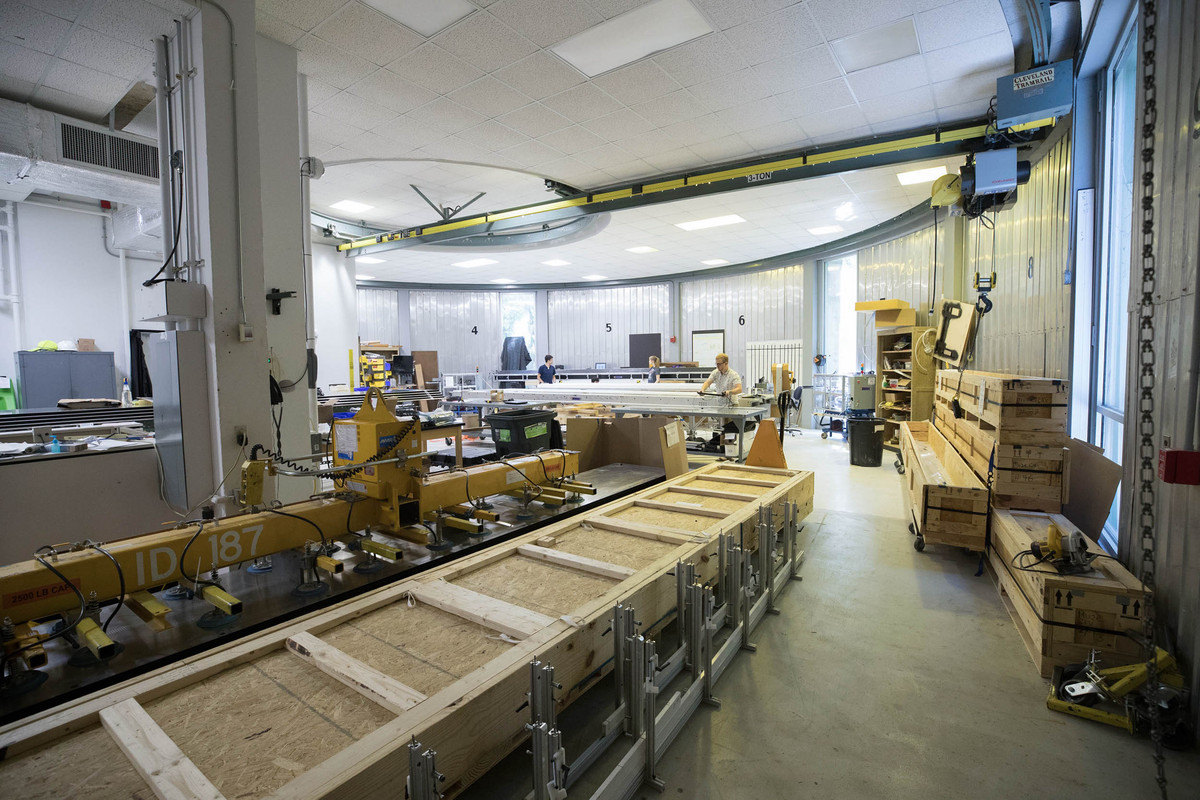 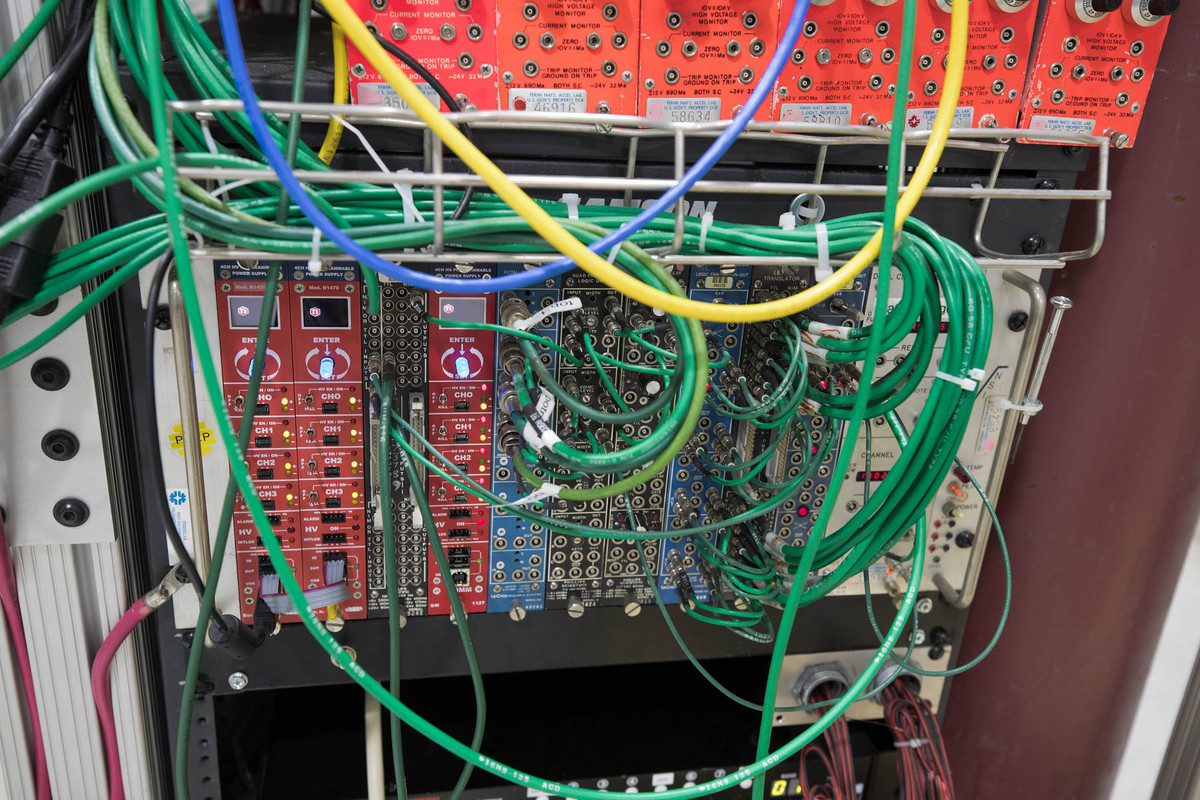 Electronics for the cosmic-ray test stand. 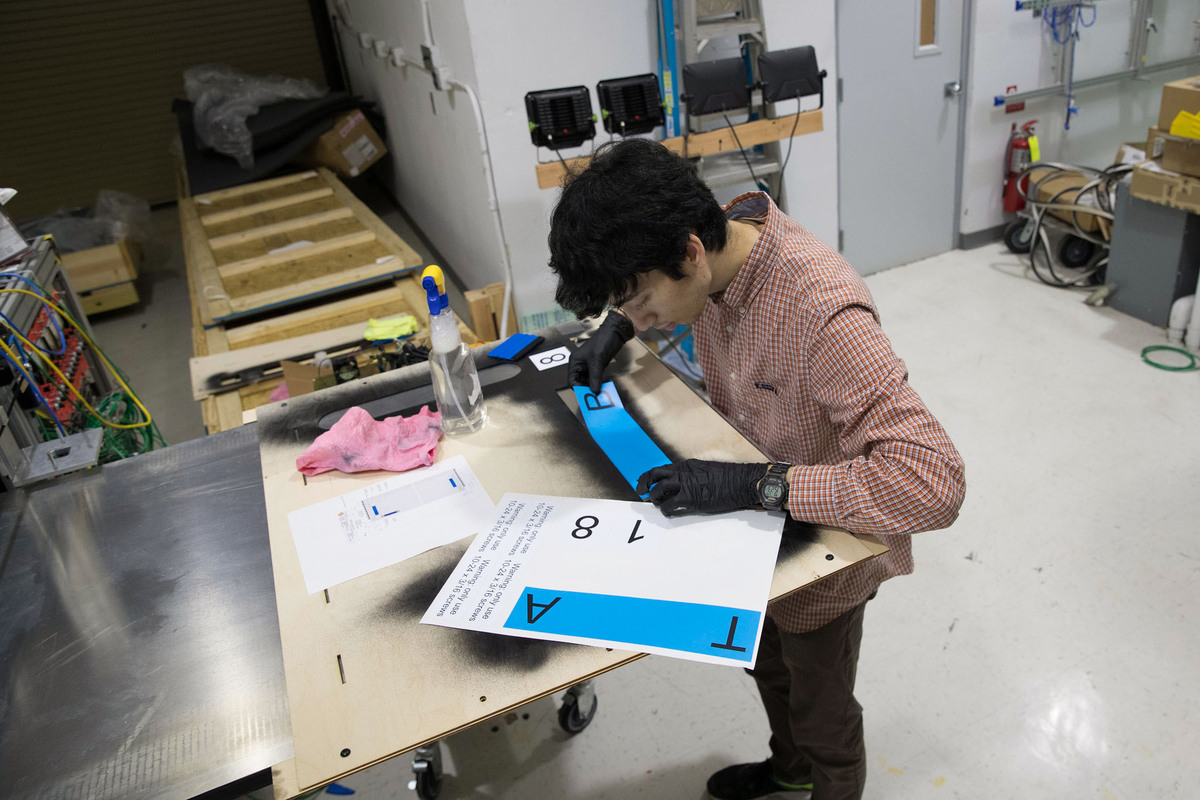 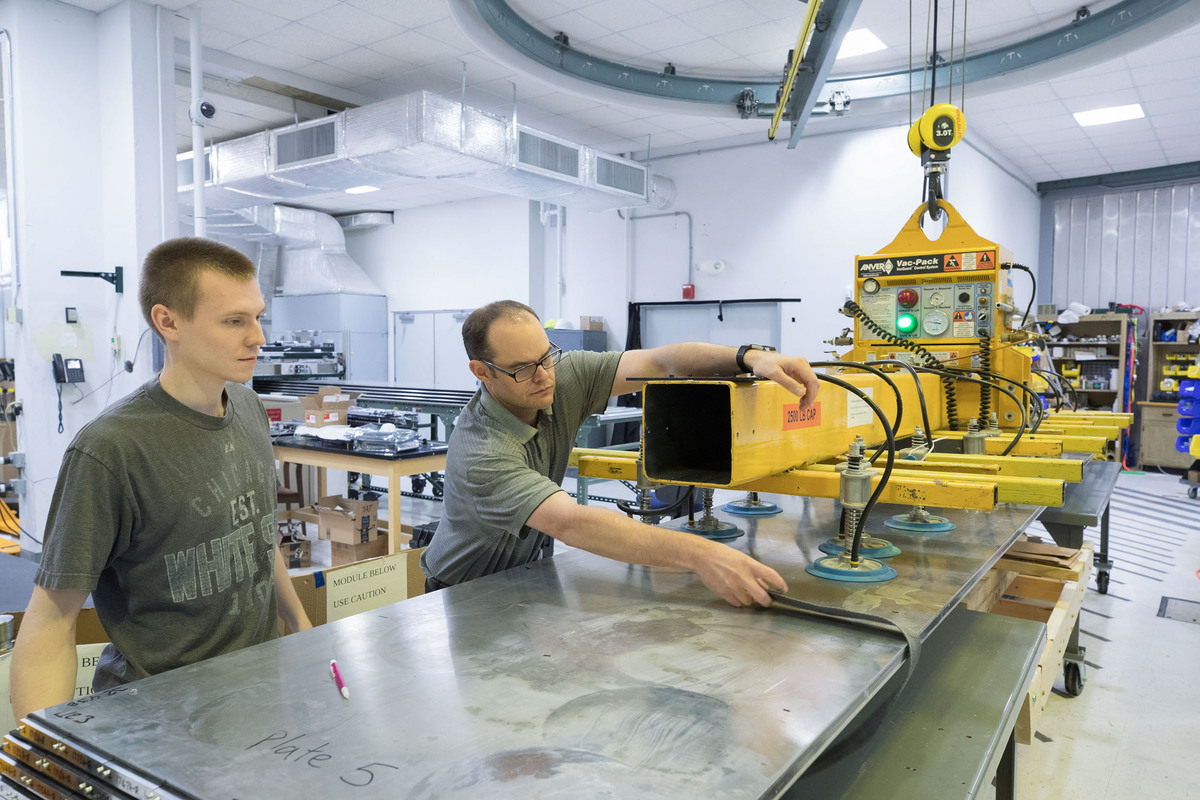 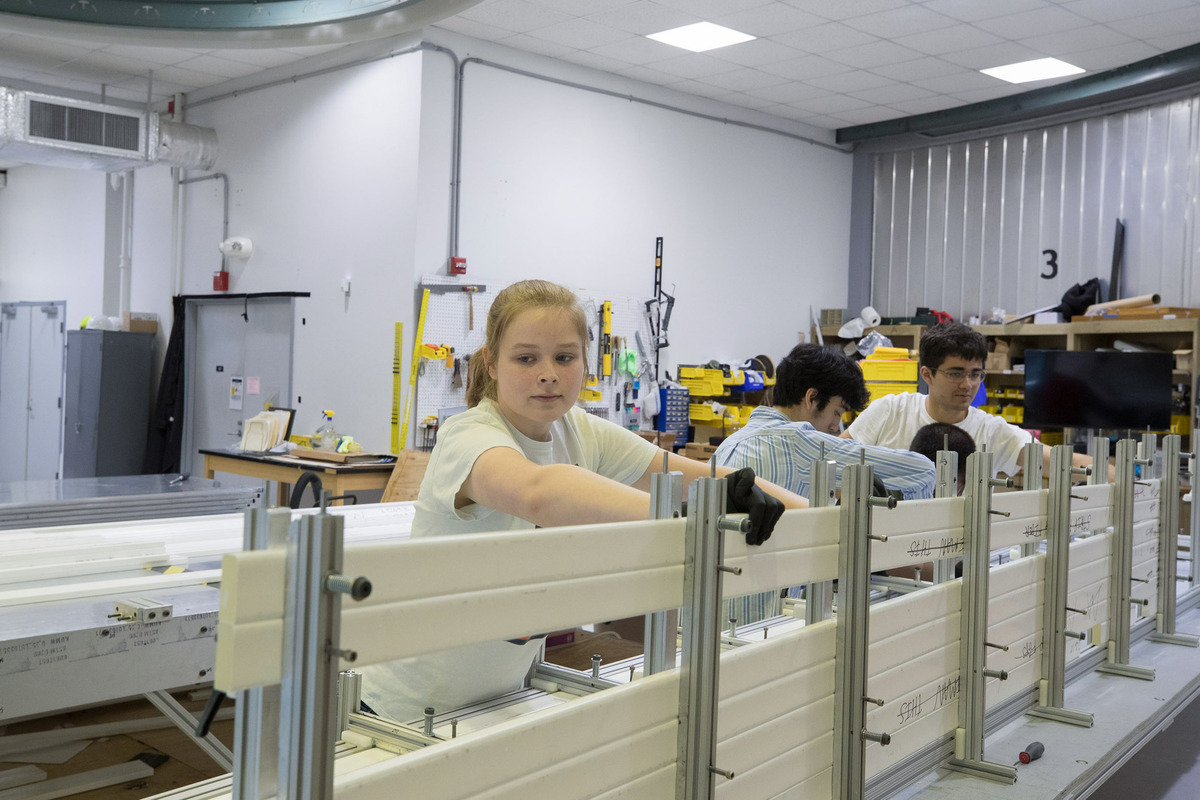 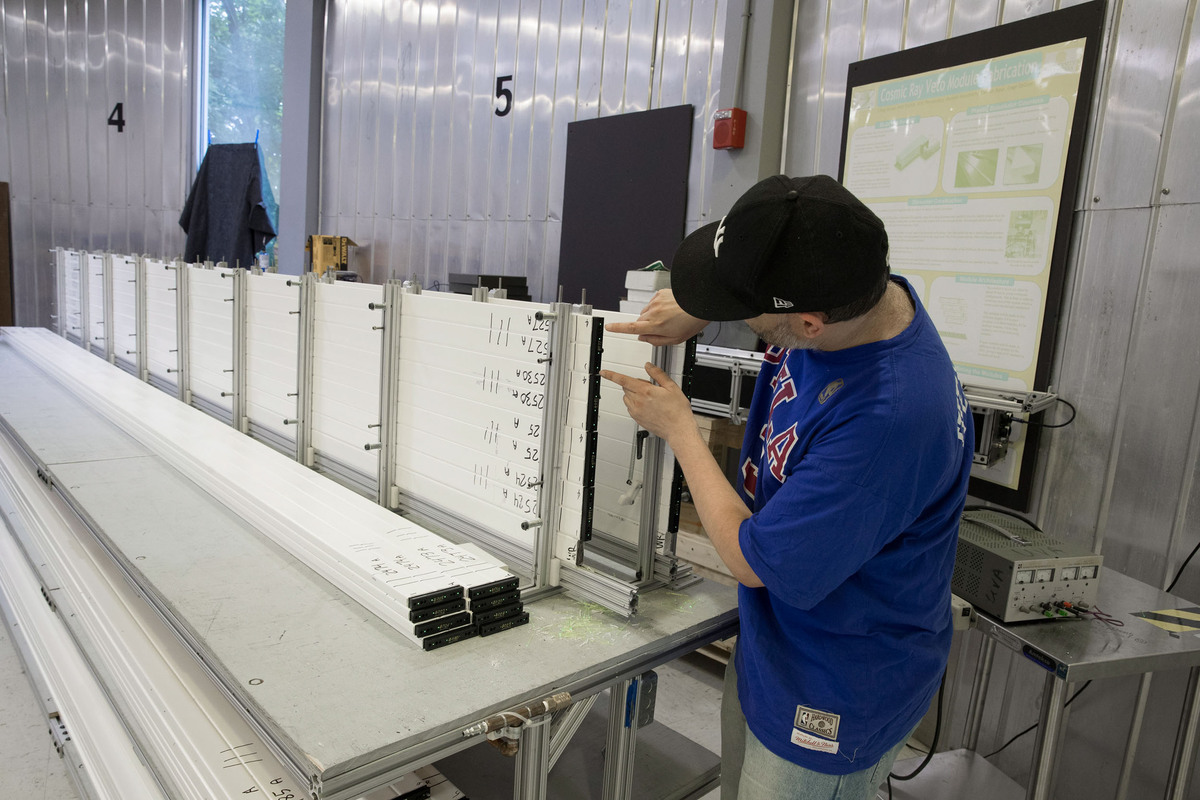 Research scientist Ralf Ehrlich points out the optical fibers in a di-counter. 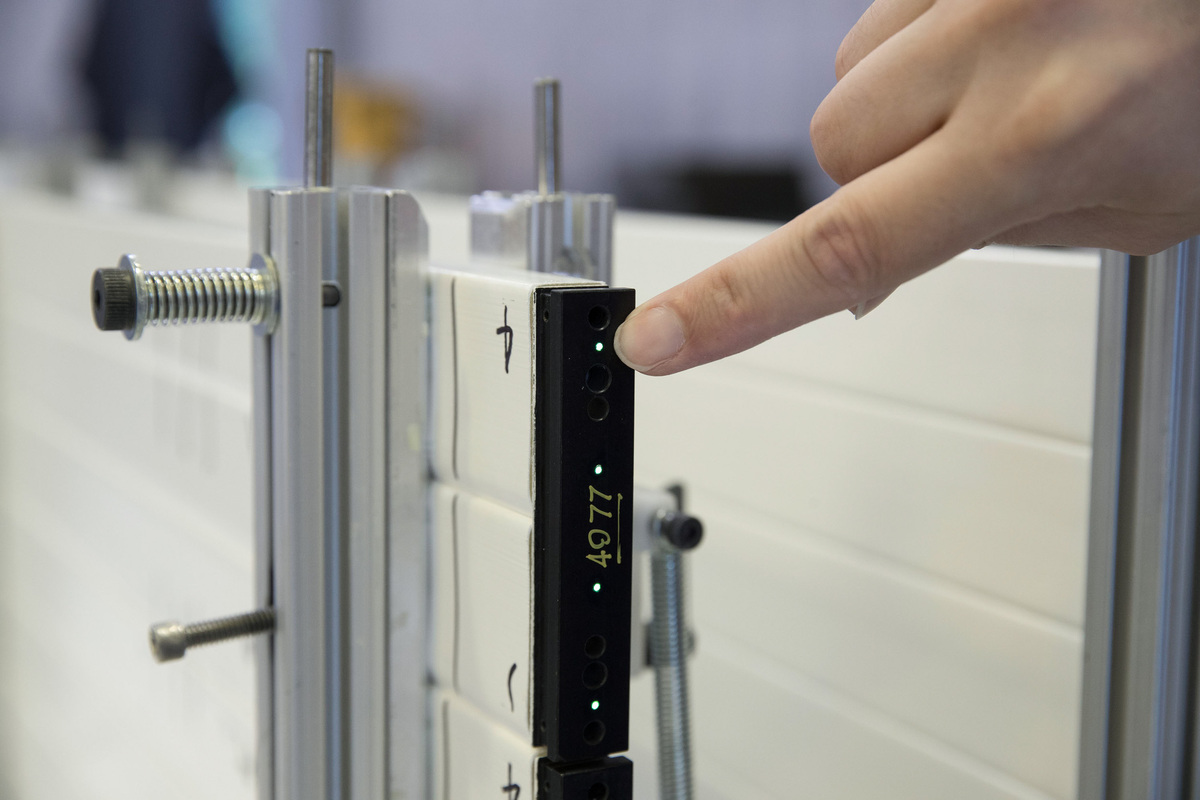 Optical fiber in a di-counter. 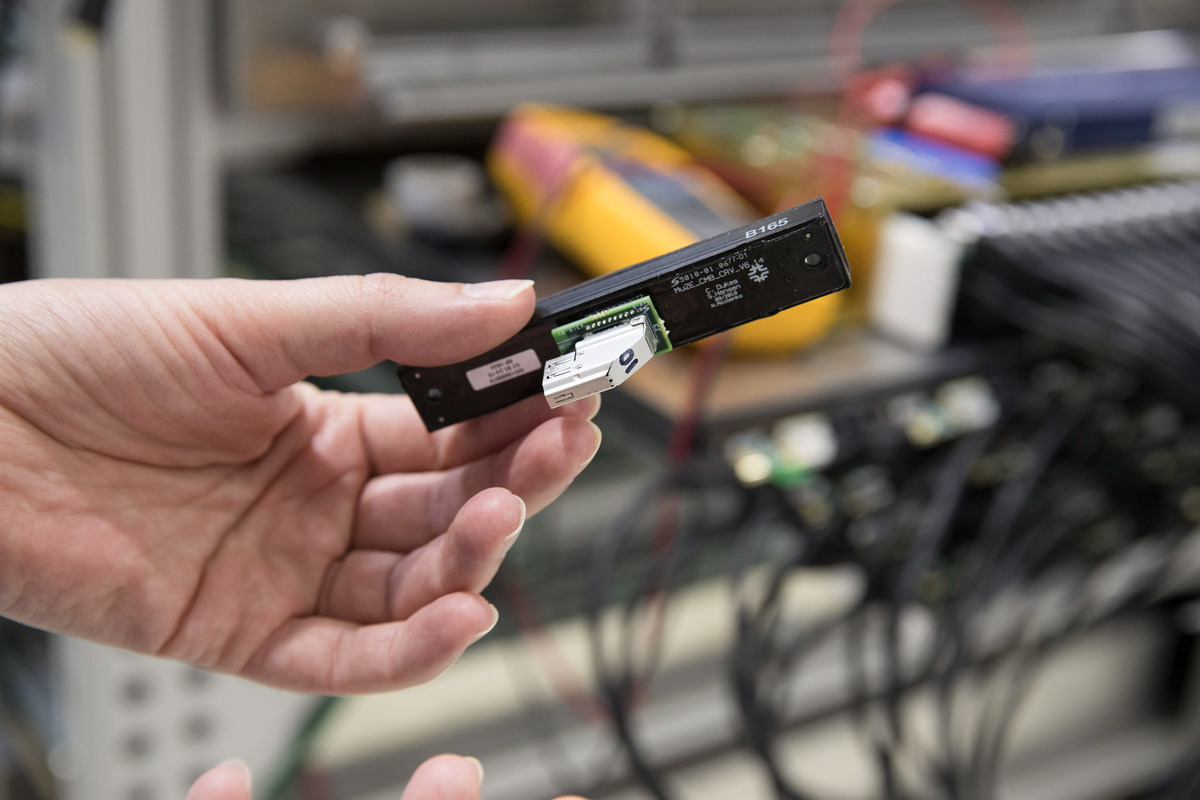 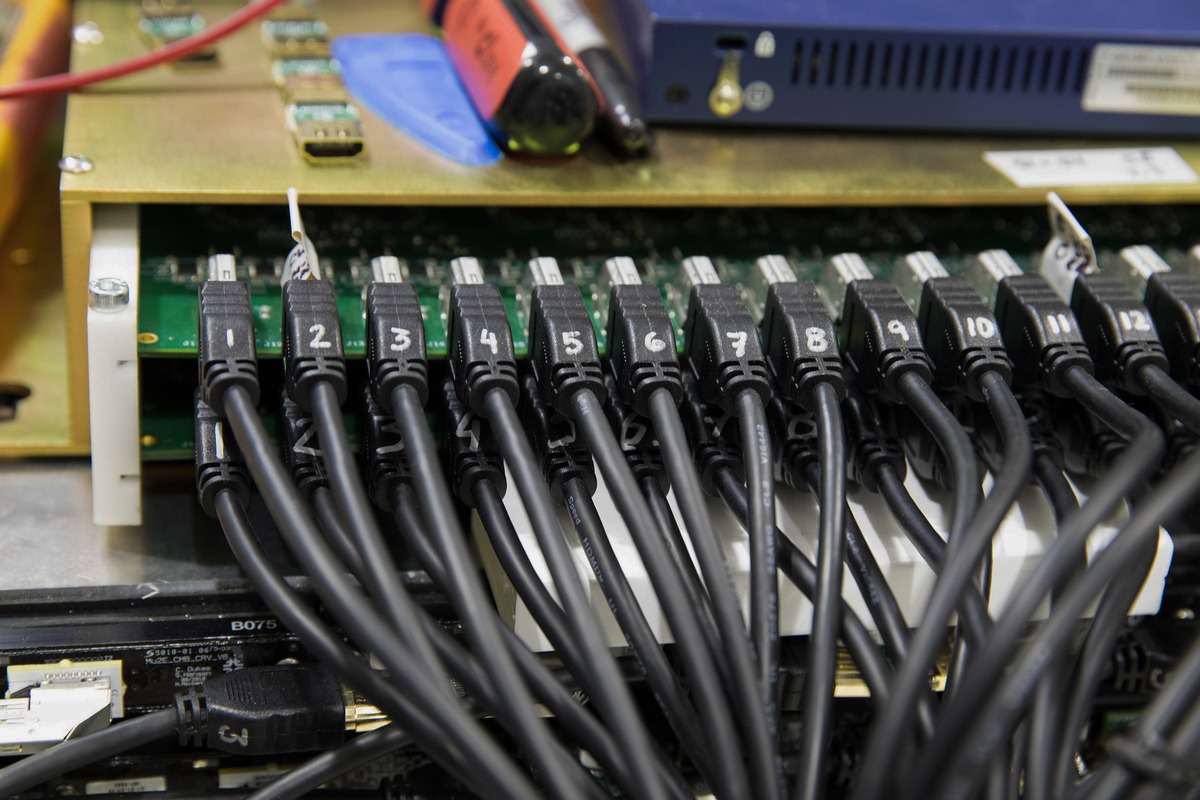 Front end board electronics. Data from each module is read out by four of these. Each HDMI cable seen here is connected to one end of a di-counter. 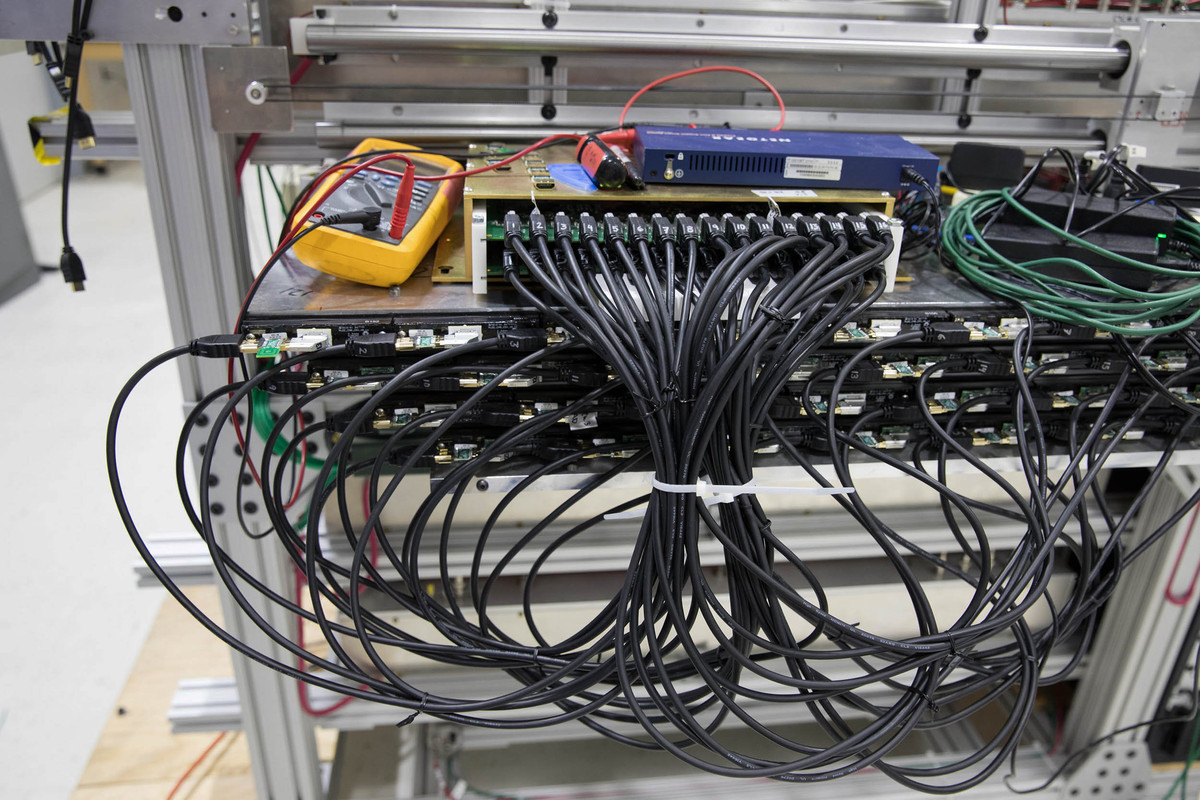 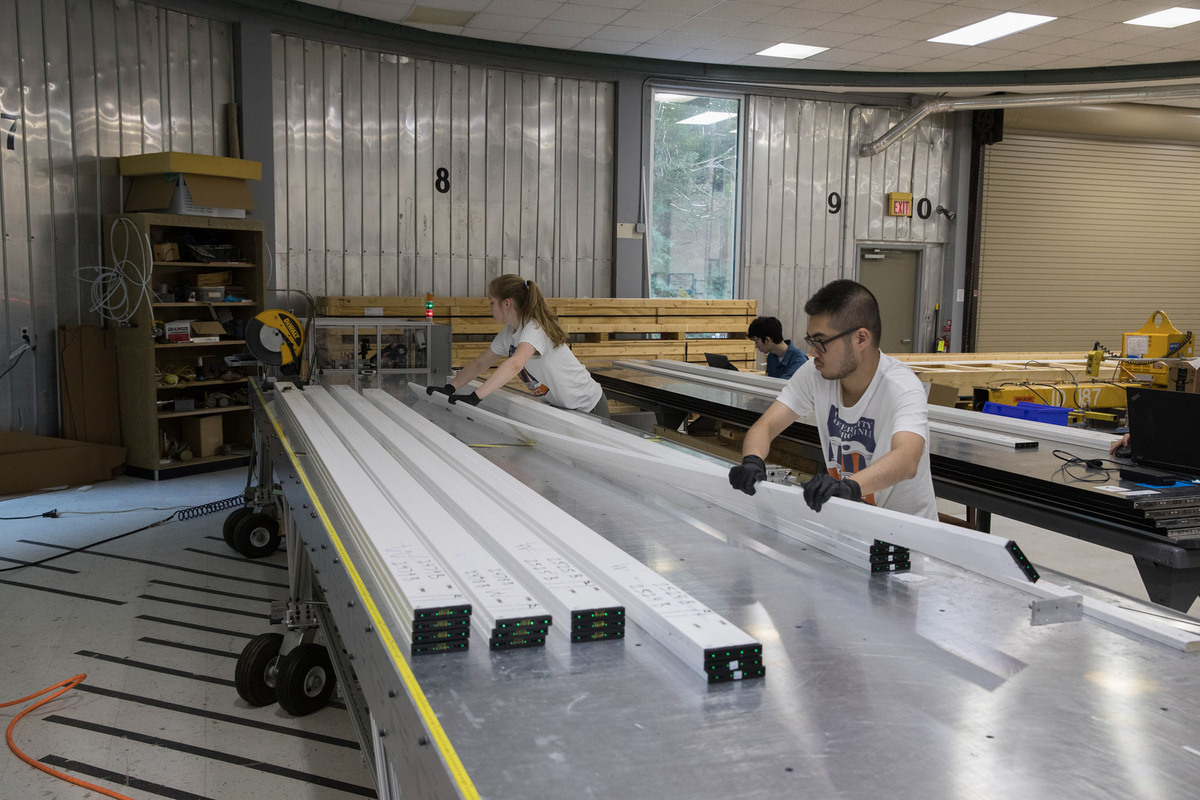 Students Hannah Woodward, William Musk (background) and Brian Tran, prepare to polish optical fibers so that more light will reach the photo detector when a muon passes through the di-counter. 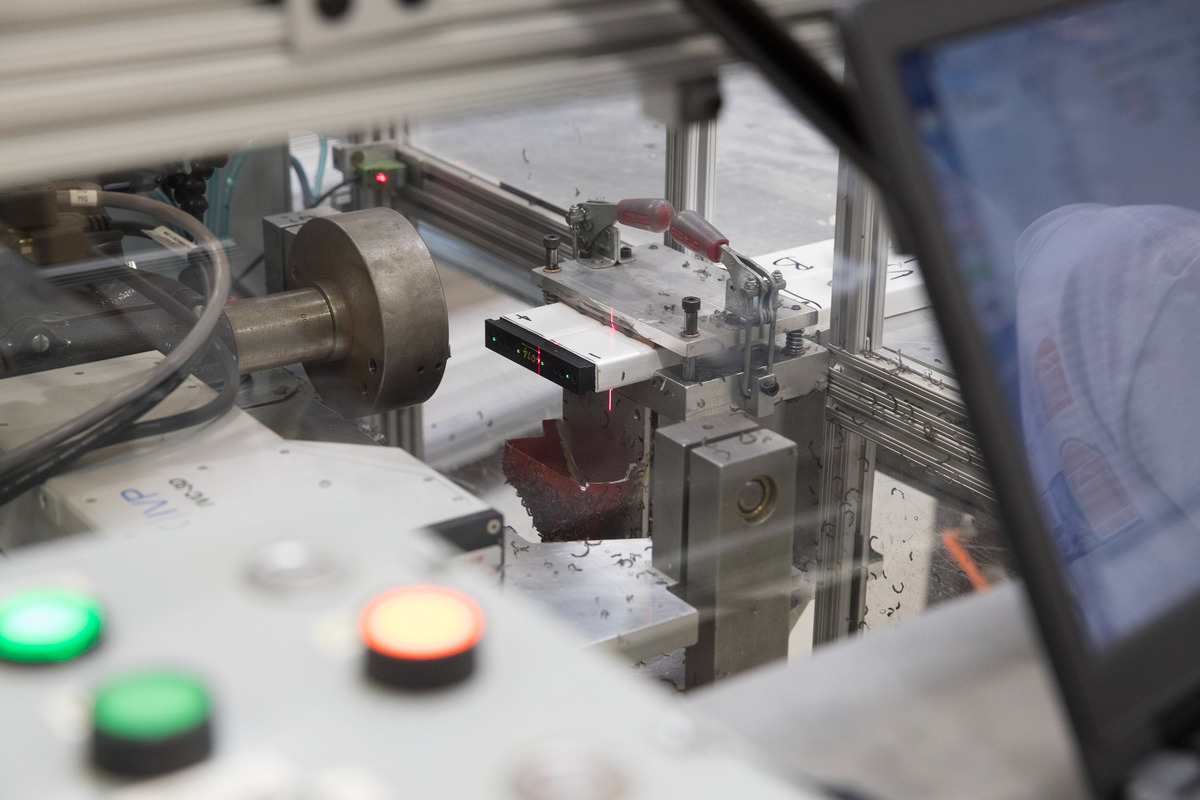 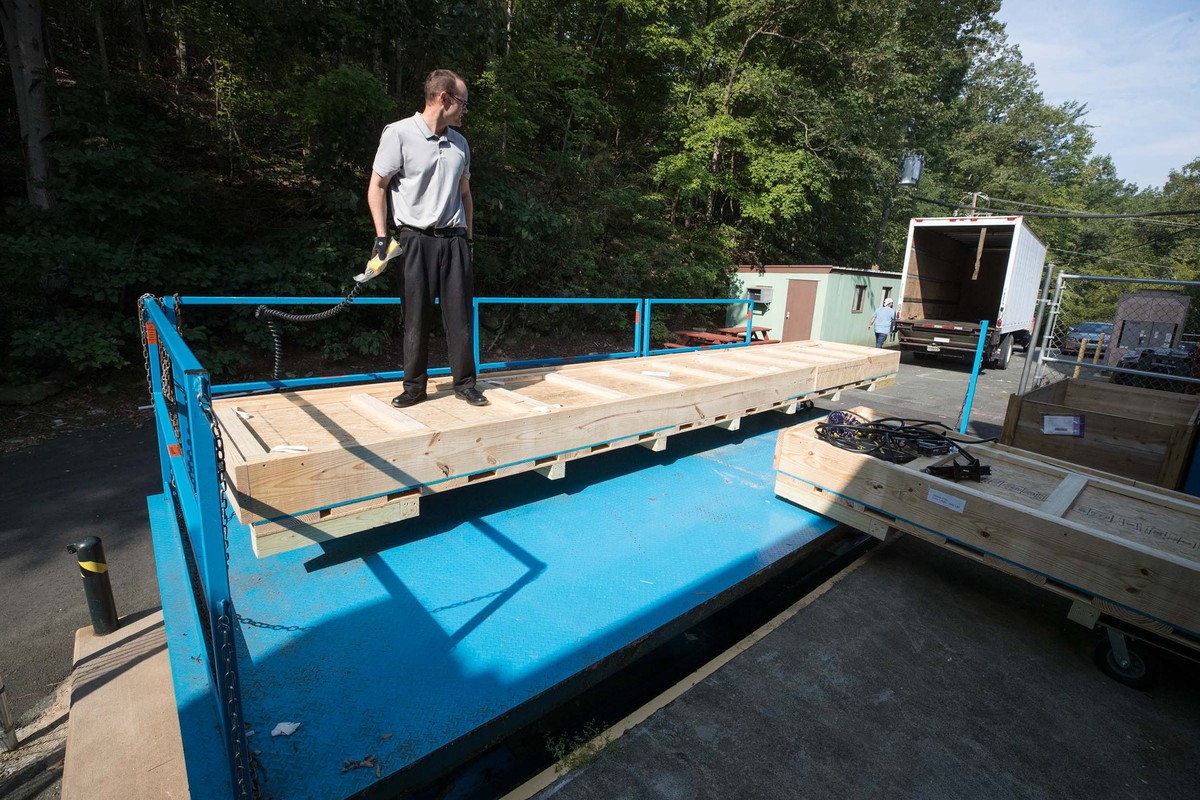 In September, professor Craig Group prepared the first module for shipment to Fermilab. 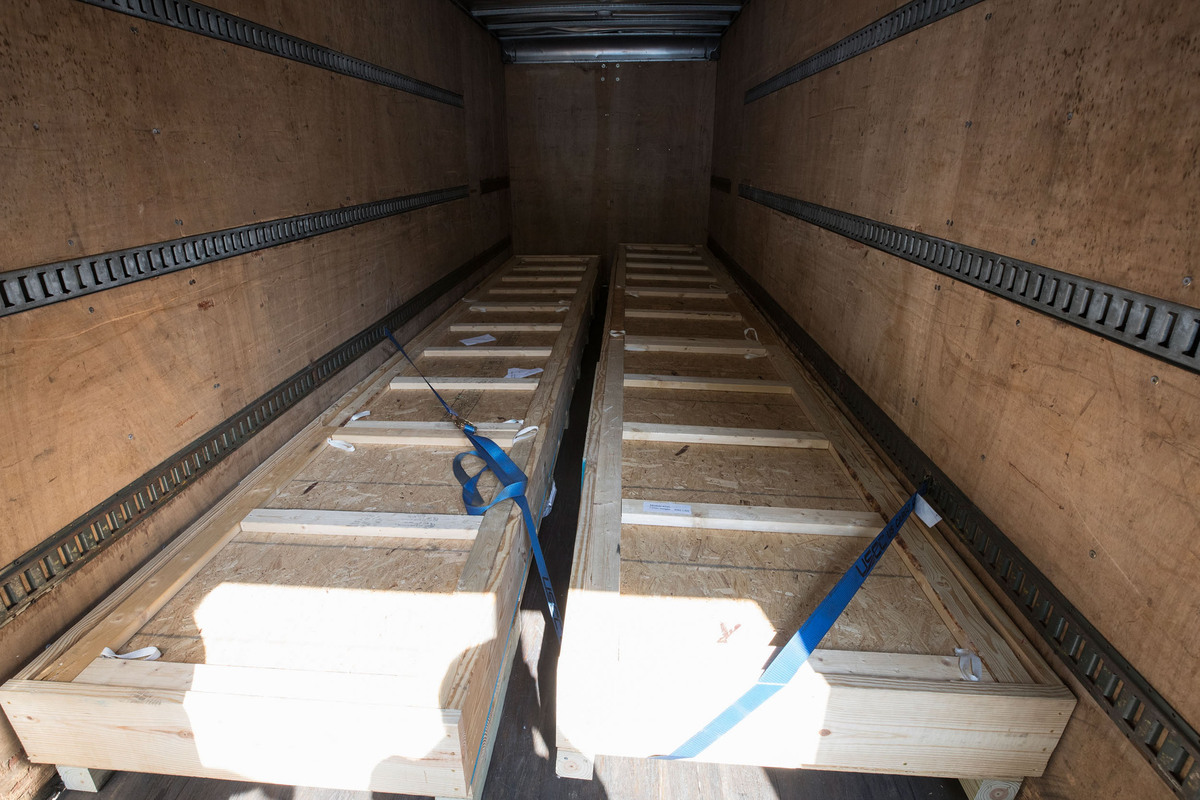 Two modules, loaded in a truck and strapped down, ready for shipment to Fermilab. 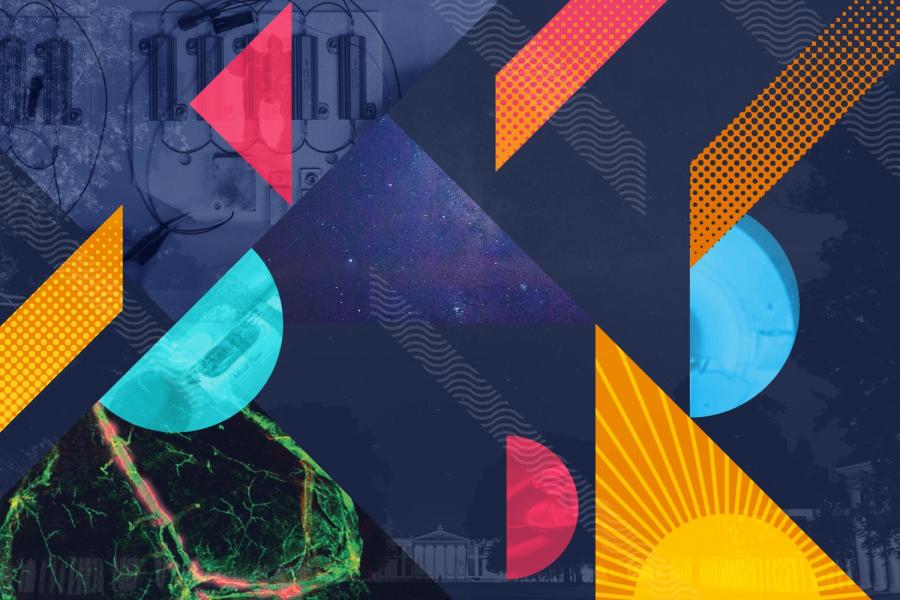 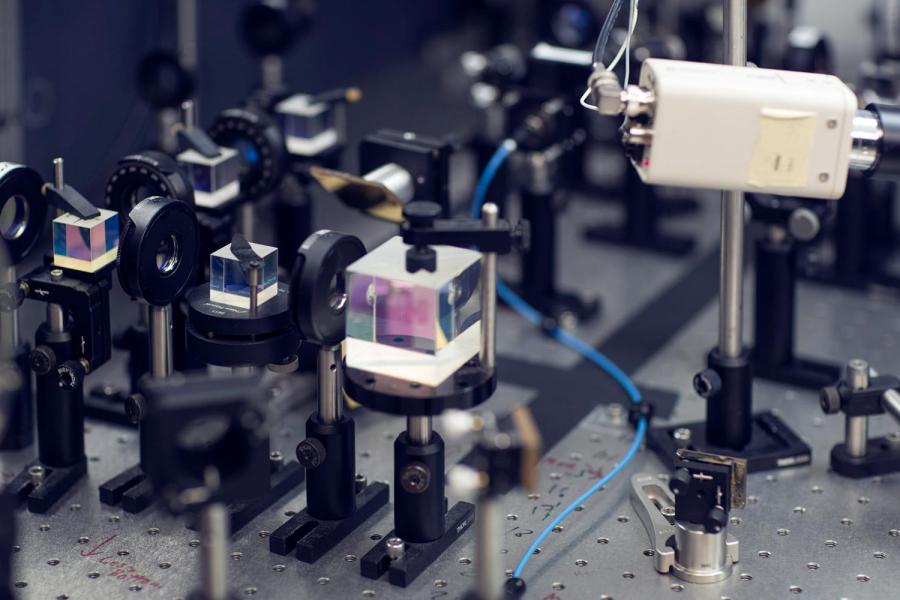 UVA Physics to Go to Space – and Get Ultra-Cold 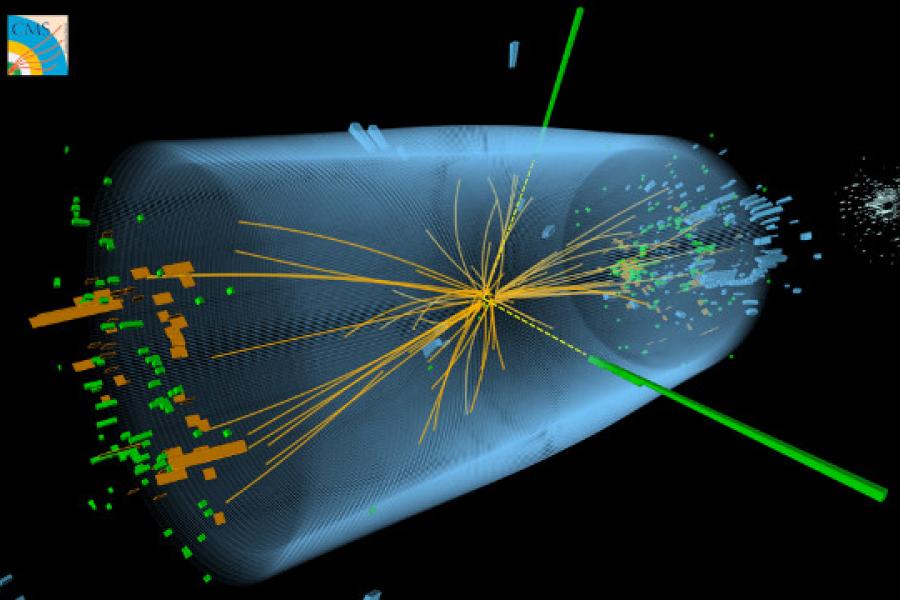