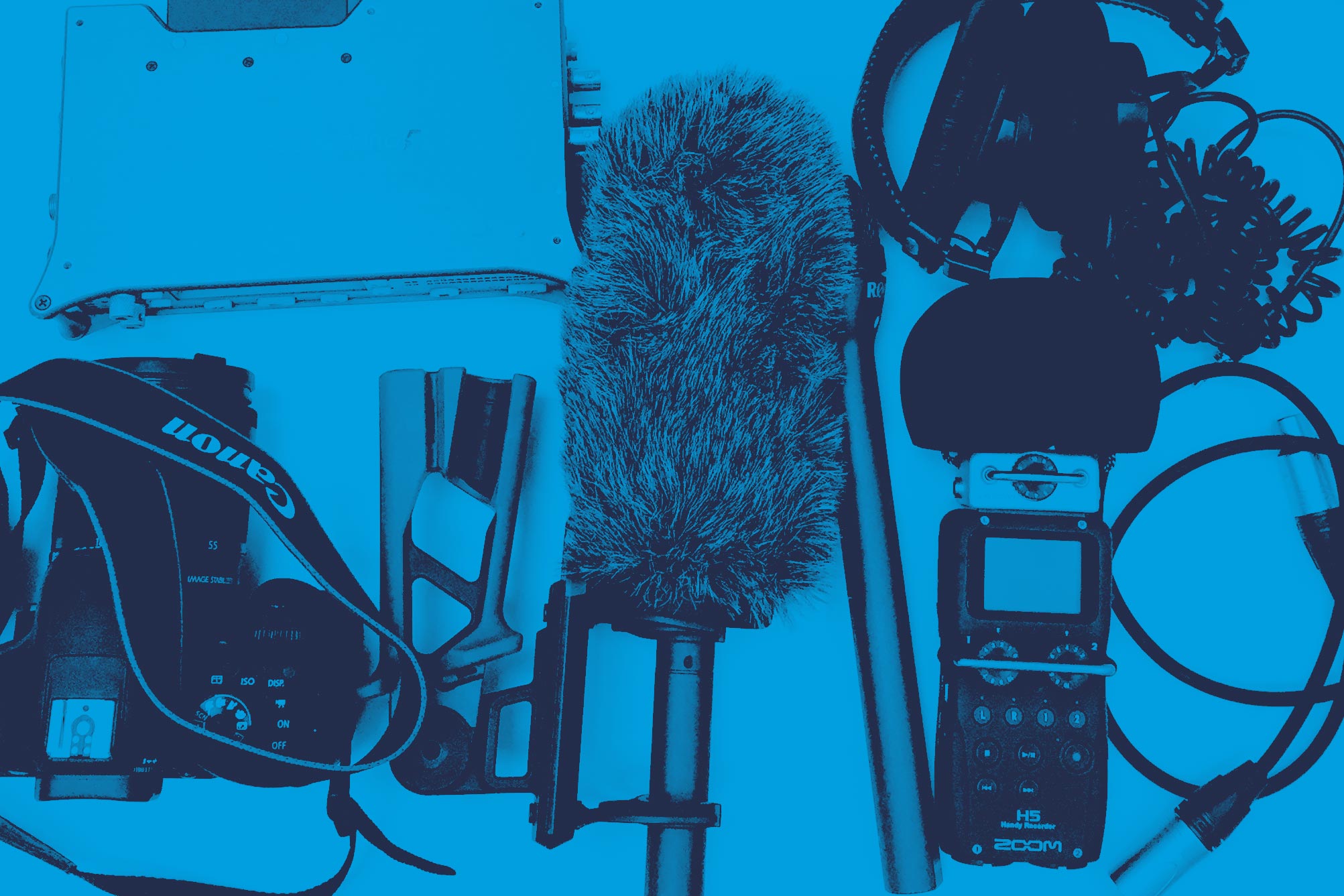 UVA students, faculty and alumni have been busy working on new podcasts about a variety of topics. (Photo by James Perla)

How do you podcast?

Do you listen on your morning commute, whizzing underground in a subway car or crawling along in traffic? Do you listen while you cook, or at the gym?

Or, maybe you have your own podcast, sharing your thoughts and niche knowledge with the world?

Increasingly, University of Virginia students, faculty members and alumni fall into that last category. Alumni have started podcasts for publications, companies or organizations, or just for fun. Students are taking to the airwaves across Grounds, and faculty members are sharing their expertise in audio series, as well as books and articles.

We have already featured several podcasts from ’Hoos near and far in Part I and Part II of this roundup series, covering topics from U.S. history to UVA Athletics and including students, professors and alumni.

Today, we are adding three more to that list – one from public radio giant NPR, one from Facebook and one very close to home.

A new UVA podcast, “Notes on the State,” will explore Thomas Jefferson’s complicated legacy through the lens of his own writing. The six-part series, sponsored by UVA’s Bicentennial Fund and produced at the Carter G. Woodson Institute for African-American and African Studies, features a variety of guests – scholars from the College and Graduate School of Arts & Sciences, including Dean Ian Baucom, scholars from universities around the country, and officials from Monticello. They all wrestle with the Founding Father’s ideas and contradictions, including his role as a champion of liberty and equality, who also owned 607 slaves.

The podcast aims “to explore how Jefferson helps to illuminate many of the issues with which we are still struggling today,” said James Perla, who directs special projects at the institute and co-produced the series with Deborah McDowell, English professor and director of the Woodson Institute. 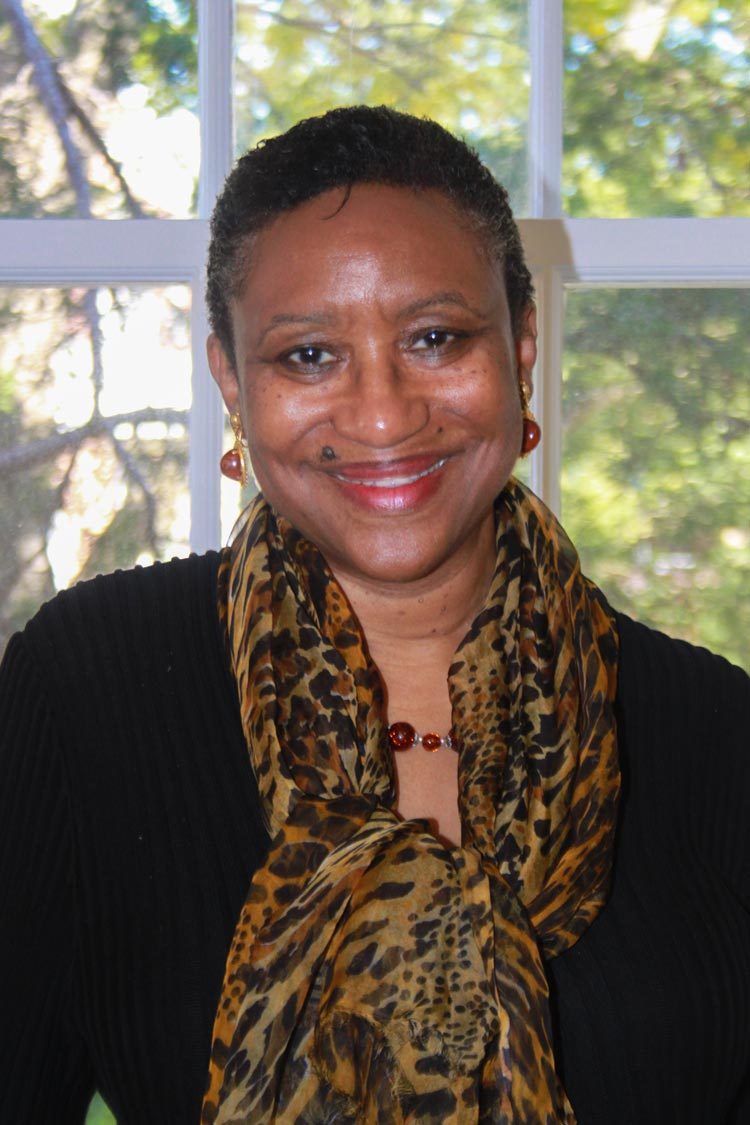 Deborah McDowell, English professor and director of the Woodson Institute for African-American and African Studies, is hosting a podcast that re-examines Jefferson. (Contributed photo)

“Our series wanted to seize the opportunity of the University’s bicentennial to ask, ‘What could it mean to rethink and update Jefferson for our current age, for the next generation?’” said McDowell, host of the podcast.

The first episode, which airs on Presidents’ Day, Feb. 18, will explore the origins of the book that gives the series its title, “Notes on the State of Virginia,” as well as the complexities and contradictions of Jefferson’s writing on race and racial difference. It features UVA professors Brad Pasanek, John O’Brien and Kwame Otu, among others.  For a full list of contributors to this and future episodes, visit the podcast website.

Listeners can get a sneak listen at the podcast release party on Feb. 15, held at 7 p.m. at the Bridge Progressive Arts Initiative, 209 Monticello Road in Charlottesville.

The podcast series, to air in monthly episodes about 30 minutes each, will cover other topics, including: the institution of slavery at Monticello and at the University; Sally Hemings and the Hemings family; Jefferson’s role in the history and formation of the prison system; and the role of the Haitian Revolution in arguably one of Jefferson’s most influential actions as U.S. president, the Louisiana Purchase.

Over the coming months, the project team will engage subscribers on social media, posting behind-the-scenes materials from each episode, with links to further references. The project will also showcase candid comments about Jefferson and the University, many recorded by students from UVA and area high schools, who conducted “person-on-the-street” interviews during the Woodson Institute’s annual Citizen Justice Summer Internship Program.

Eric McDaniel, who earned bachelor’s and master’s degrees in English from UVA, is now an editor at NPR’s flagship daily news podcast “Up First,” which bills itself as “the news you need to start your day.” Airing weekdays at 6 a.m., hosts Rachel Martin, David Greene and Steve Inskeep present three key stories in a 14-minute episode.

As planning editor, McDaniel picks the next day’s stories in consultation with the newsroom team and drafts scripts for reporters.

“I love making something that my friends listen to,” McDaniel said, noting that his fellow 2014-15 grads don’t listen to the radio as much, but do listen to podcasts. “A lot of them listen every day and occasionally send notes about things they liked. It’s been a wonderful way to stay in touch.” 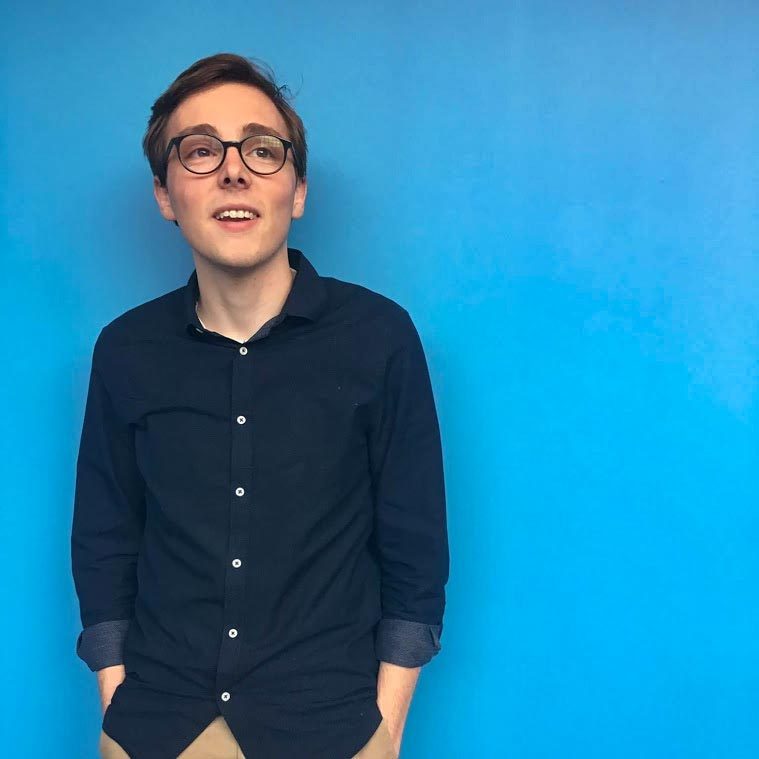 Late nights – and early mornings – are part of the job. The podcast tapes at 5 a.m. before airing an hour later. An overnight team helps McDaniel update scripts if news breaks or changes in those early morning hours.

“We keep the podcast shifts as close as possible to our publish time, and while it makes for a timely episode, it can be draining being at work during the hours people I care about are done for the day,” he said.

Working on stories he loves make the long hours worthwhile. McDaniel said he is particularly interested in NPR’s international coverage, coming in from correspondents around the world.

“What I find valuable about NPR and public media is that we often devote a lot more time to the kinds of stories from around the world that don’t get a lot of space on the cable networks,” he said.

His all-time favorite episode, included below, is from April 27, 2018.

“It’s a great example of the kinds of things the podcast does well: strong, timely international coverage – you can hear Kim Jong Un addressing the press in the background as we taped – important cultural stories like Bill Cosby’s conviction at the height of the #MeToo movement and government accountability journalism, regarding Scott Pruitt’s behavior while serving as EPA chief,” McDaniel said. “I was very proud of this one.”

The first episode of Facebook’s new podcast, “Three and a Half Degrees,” features Two Blind Brothers, a company owned by UVA alumni Bradford and Bryan Manning. Both brothers were diagnosed with a degenerative eye disease at an early age and are now using sales from their clothing company to fund blindness research.

Another UVA alumnus, 2012 graduate Matt Sutton, is the podcast’s executive producer. His team launched the podcast in January to highlight how young entrepreneurs like the Mannings have used Facebook to grow their business and to connect them with seasoned business leaders. They will release seven total episodes, one every two weeks. 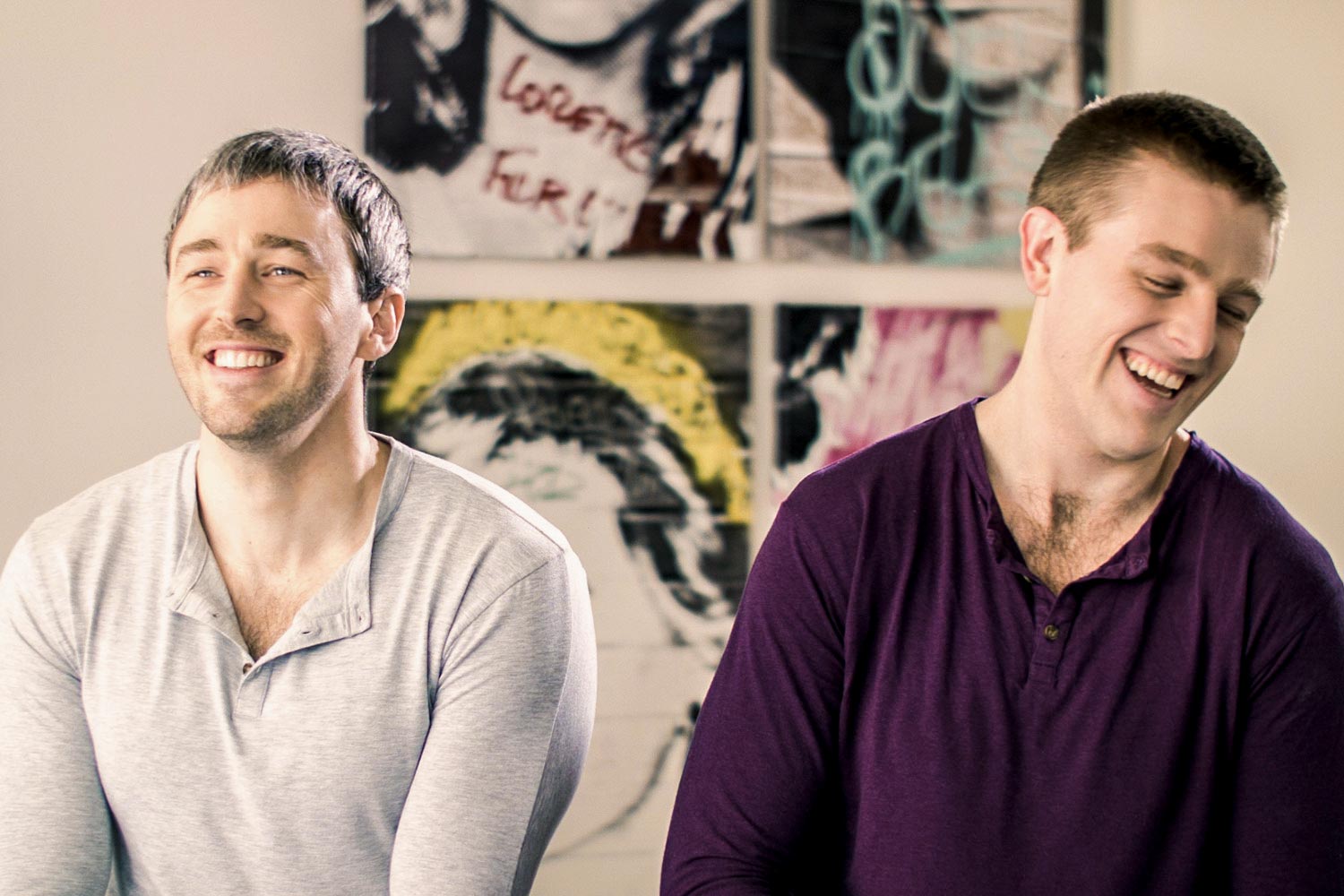 The name, Sutton explains, comes from the long-held “six degrees of separation,” theory, which maintains all people are linked by six or fewer social connections. A 2016 study, published by Facebook’s research group, argued that the internet, and social media in particular, has reduced that number to 3.5 degrees.

“The podcast is a literal interpretation of Facebook’s mission to connect people and bring the world closer together,” Sutton said. “It reduces that three and a half degrees down to one, bringing two guests together to share their learnings on life, business and building community.”

The new show comes as Facebook is dealing with a number of questions and debates about how it has handled users’ data and how it can or should regulate the spread of disinformation. Sutton, who has been at the company for five years and seen it grow from 5,000 employees to 35,000, said these debates have made his job more interesting.

“I actually like working at Facebook now more than ever,” he said. “I’ve seen us change so much as each year we face bigger and more important problems to solve, but the character, dedication and intellectual curiosity of my coworkers has remained constant in my time at the company. We are having the very same debates about the role of social media in our lives and in culture that we all were having at the Thanksgiving dinner table.”

He anticipates learning even more from talking with podcast guests like the Mannings.

“They’ve both faced more challenges in their lives than most of us, certainly myself, and listening to how they deal with their obstacles gives me motivation and drive to face my challenges head on and make the most of life,” he said. He noted that they started Two Blind Brothers while holding full-time jobs, and that they have used digital marketing to grow quickly and cost-effectively.