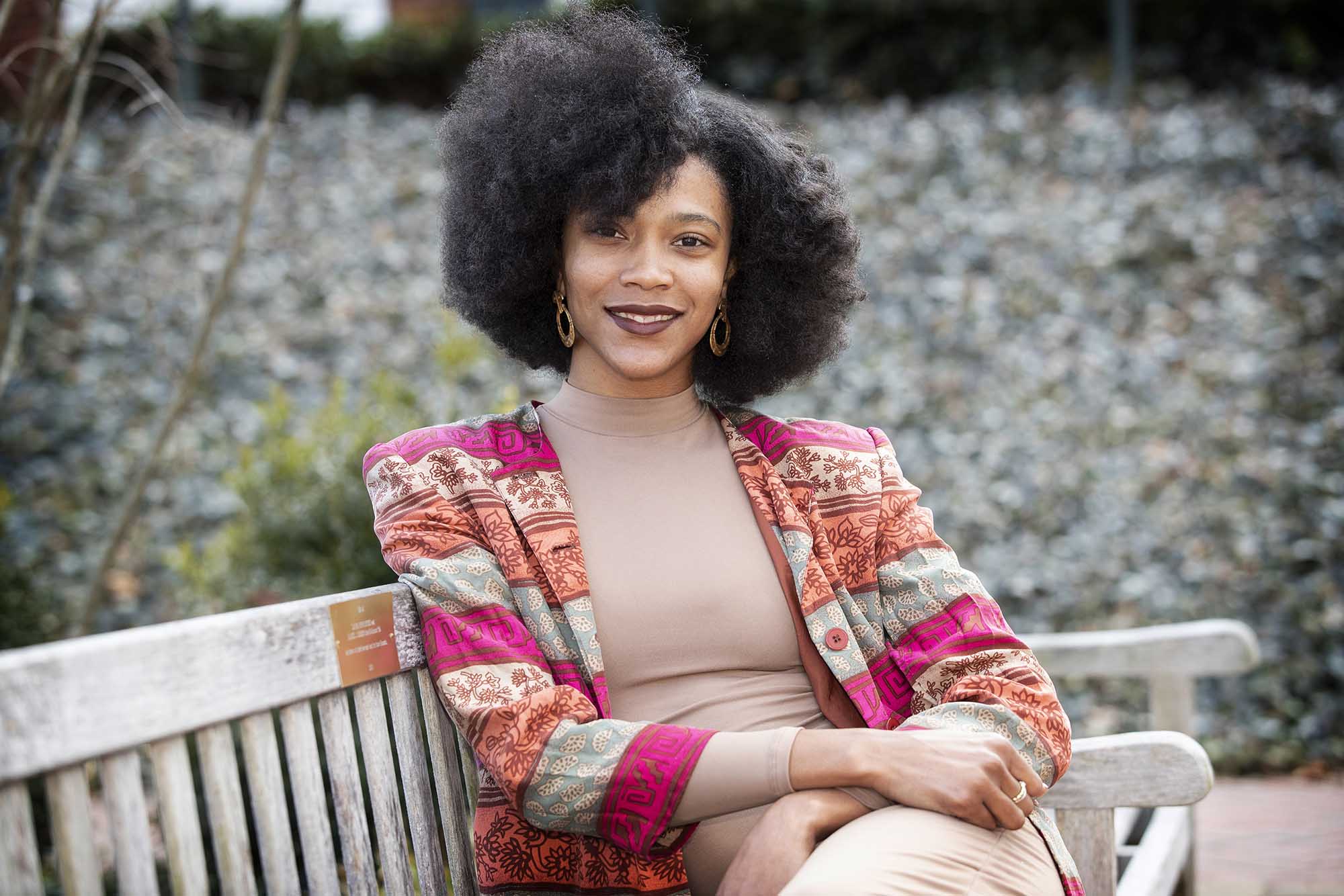 Cortney Hawkins has “a love and knowledge of civil rights and not only its impact on American history, but its relevance today when we go about our work,” according to Chief of Police Timothy Longo. (Photo by Dan Addison, University Communications)

The University of Virginia Police Department has hired its first-ever diversity, equity and inclusion manager, reflecting its commitment to peace and justice.

“One way to really transform the way we do business is to be intentional in the way we recruit people and how we develop policies and how we engage the community,” Associate Vice President for Safety and Security and Chief of Police Tim Longo said. “I thought one really effective way to do that was to create such a position within my command structure to keep me on track.”

Enter Cortney Hawkins, who is pursuing a law degree from the Birmingham (Alabama) School of Law. In addition to having a love of the law, Hawkins has demonstrated a commitment to civil and human rights through her work as an education assistant at the Birmingham Civil Rights Institute. Those qualities are what attracted Longo to Hawkins.

“I was completely drawn to the fact that she was pursuing her degree in law and also the fact that she had an association with the Birmingham Civil Rights Institute and had a love and knowledge of civil rights and not only its impact on American history, but its relevance today when we go about our work,” he said.

In researching the job, Hawkins said she found that few university police departments have diversity, equity and inclusion managers. “A lot of them will rely on consulting firms or the diversity and inclusion program for the overall university,” she said. “Those programs are geared specifically toward students and faculty and not really geared toward the police departments.”

In her role, Hawkins will lead the development and implementation of proactive diversity, equity and inclusion initiatives in support of the police department’s overall efforts to serve the University and community.

She will provide overall direction and guidance, planning, policy input, strategic communication, and technical and internal support to the department.

As a member of the police department’s leadership team, Hawkins will also serve on UVA’s Diversity, Equity, and Inclusion Committee and be a liaison with the community.

Hawkins has been on the job since December. “I know there will be times when we may fall short. But one of the things that I want to make sure that people know is that we are doing what we can, and sometimes being progressive can be hard.

“What I want to make sure is that as we are moving to include diversity, to include inclusion and equity, that people know that we are doing everything we can in real time,” Hawkins said.

The department held a virtual promotion ceremony on Feb.15.

“Lieutenant Northern, and Sergeants Ragland, Williams, Hurd and Thompson: It is truly an honor to say congratulations on your well-deserved promotions,” said UVA President Jim Ryan, who joined the ceremony via Zoom. “Your outstanding service to the University and to the Commonwealth of Virginia, not only in times of emergency, but also day-in and day-out, is something to celebrate.

“We can all rest easier knowing that the UVA Police Department is in good hands, thanks to your service and leadership, and that the inclusion of diverse perspectives among the leaders will strengthen the department’s commitment to fair, just and equitable policing.”

What’s the True Story of Brooks Hall? This Architectural Historian Has the Answer END_OF_DOCUMENT_TOKEN_TO_BE_REPLACED

At UVA, There Is a Club for Everyone END_OF_DOCUMENT_TOKEN_TO_BE_REPLACED