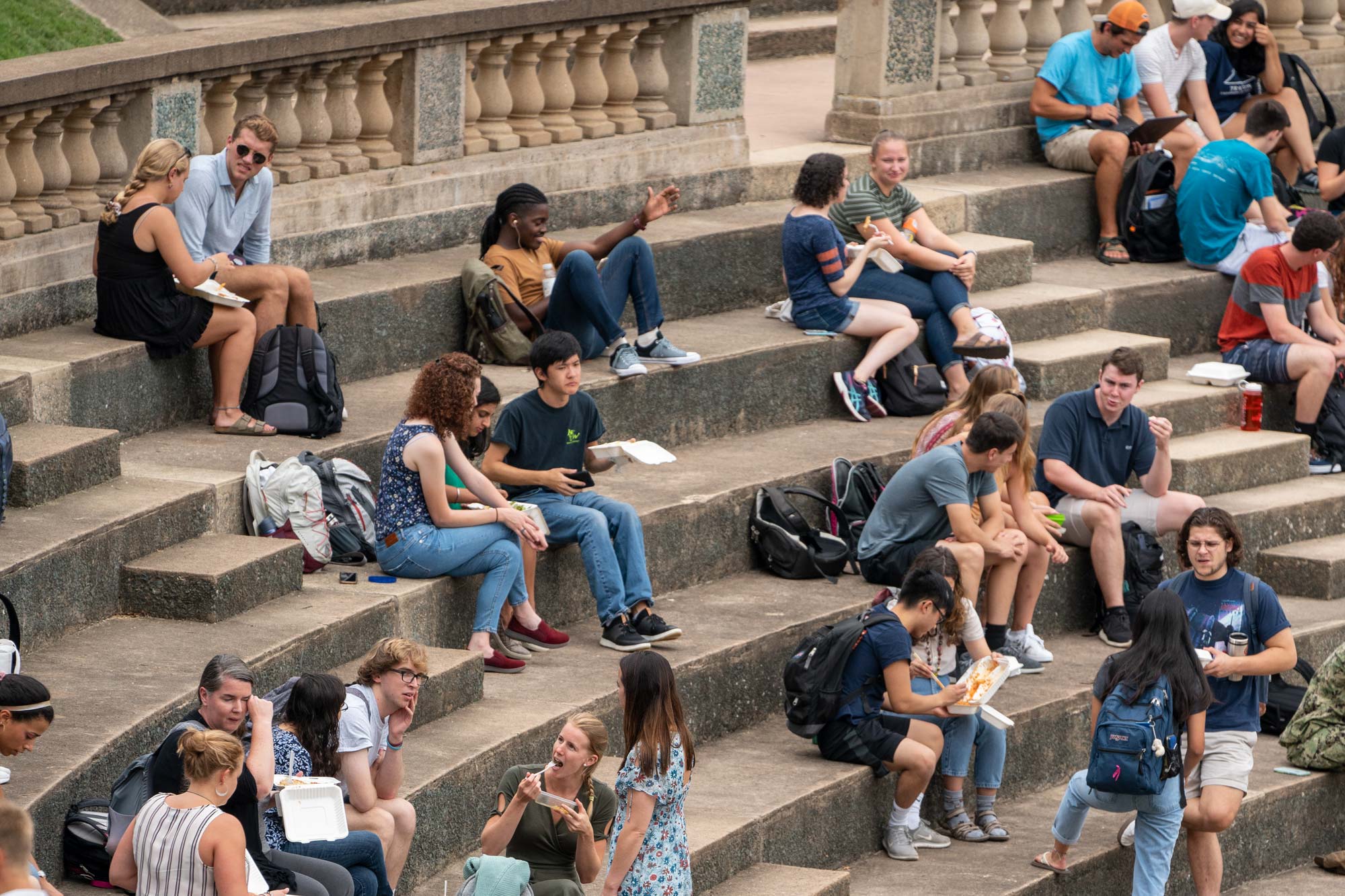 Her first two years at the University of Virginia, Olivia Hazelwood felt pretty alone. She saw her new friends joining clubs and, she thought, thriving. Meanwhile, Hazelwood said she struggled to feel like she belonged.

“I had really wanted a club or an extracurricular where I could really find myself and that would become a part of my whole UVA experience,” she said. “I felt like I had friends who were in clubs and then they got leadership roles and were going to meetings all the time, and that’s where they met all of their friends and really found themselves. I hadn’t had that yet, and I spent my first four semesters at UVA just trying out different clubs and that not [really] working out for me.”

Then she found her people by enrolling in Hoos Connected, a program conceived in the Adolescence Research Lab in the Department of Psychology.

An ‘Opportunity to Grow’

Hoos Connected was launched in the fall of 2018 and has grown in size every year. The one-credit, semesterlong class teaches healthy relationship-building skills in several small groups of first- and second-year students as well as students transferring to UVA. To date, it has served just over 1,000 students.

Its creator is Joseph Allen, director of the Adolescence Research Lab and the Hugh Kelly Professor of Psychology. In new research, he and his team conducted a randomized trial of Hoos Connected participants and others who were on a waitlist.

In analyzing survey responses from 438 people, Allen said “students who were in Hoos Connected had grown in their sense of connection and belonging to UVA and they felt more connected to the school. They felt less lonely. They felt less depressed.”

An article detailing the findings, “Facilitating Connection to Enhance College Student Well-Being: Evaluation of an Experiential Group Intervention,” was recently published in the American Journal of Community Psychology.

“The idea is bringing in students at UVA and helping them connect,” Allen said. “And if you do that, then the problems of loneliness and depression and lack of belonging, you can head those off at the pass.”

Another benefit of Hoos Connected is that it is a student-to-student program, with upperclass students leading the group discussions. “If you have an upperclassmen modeling, being open and vulnerable and comfortable and connected, that’s very persuasive,” Allen said.

Hazelwood has some particular insight into this aspect of Hoos Connected because she’s seen both sides of the coin, going from a participant to a facilitator.

Hazelwood saw some common themes as both a participant and a facilitator. “Some students [were] just feeling out of place at UVA or they hadn’t found a friend group,” she said.

She said students also talk a lot about identity, particularly their identities in high school and how those square with their new college lives. “We talked a lot about self-care and being honest about our mental health and how we get through hard times. It’s a lot of supporting and giving advice to people,” she said.

Hazelwood graduated in May 2021 and is now the program coordinator for Hoos Connected.

The course numeric is PSYCH 1020 and students can enroll when they sign up for either their fall or spring courses. And the course is not graded. “It is meant to be one of the lowest-stress credits you’ll ever take as a student,” Allen said. “It’s meant to be a time where you can relax and be yourself and be getting to know people and connecting, and also learning a ton about yourself and about other people – and getting a credit for that.”

When Less Is More: How Harnessing the Power of Subtraction Can Add to Life END_OF_DOCUMENT_TOKEN_TO_BE_REPLACED