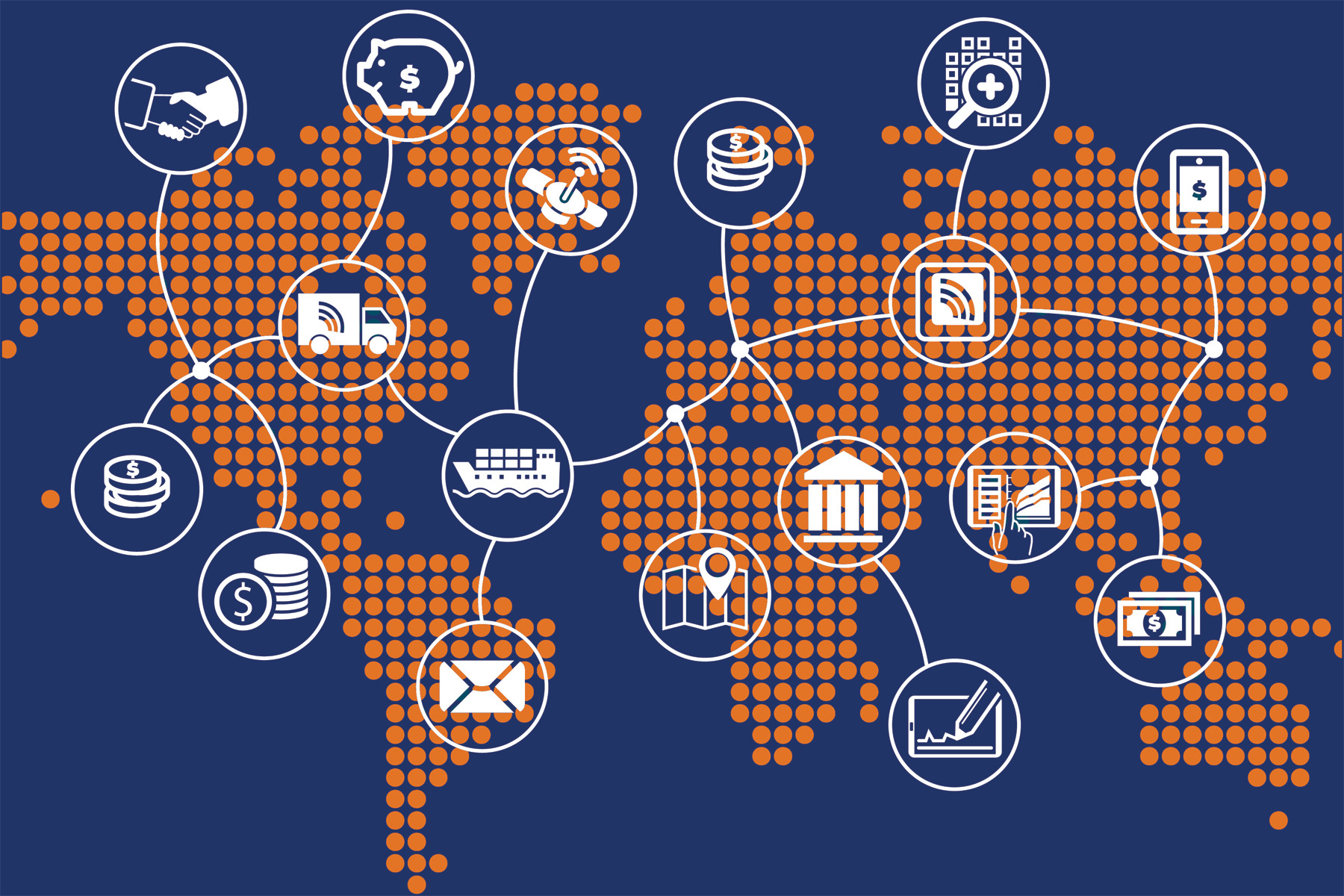 When central bankers from many Asian countries gathered this summer to discuss bringing the region’s poor into the financial system, every academic speaker in the conference’s lineup had ties to the University of Virginia.

Executives from Asia’s central banks – government entities that, like the U.S. Federal Reserve, set monetary policy and regulate banks – flocked to the Philippines for a June conference hosted by the Bank for International Settlements and the central bank of the Philippines. Their top priority was discussing “financial inclusion,” which the international G20 forum defines as “a state in which all people who can use them have access to a suite of quality financial services, provided at affordable prices, in a convenient manner and with dignity to the clients.”

According to the World Bank, roughly 2 billion working-age adults do not have an account at a formal institution – about 38 percent of the global adult population. In addition to jeopardizing the financial security of individuals and families, this lack of financial inclusion also imperils economic growth on a national and international scale.

“The topic is hugely important, in the U.S. and around the world,” said Francis Warnock, a professor with joint appointments at UVA’s Darden School of Business and the Department of Economics in the College of Arts & Sciences.

Warnock was among four UVA-affiliated academics who traveled to the Philippines to share their research on improving poor families’ access to financial resources. He was joined by his wife, Veronica, who is a Batten Institute Fellow and senior lecturer at Darden; Thorsten Beck, who earned his Ph.D. in economics at UVA and is now a banking and finance professor at London’s Cass Business School; and Dean Karlan, a 1990 UVA graduate and Yale University economics professor who leads several initiatives addressing global poverty. Karlan is also a member of the Board of Advisors at UVA’s Frank Batten School of Leadership and Public Policy. 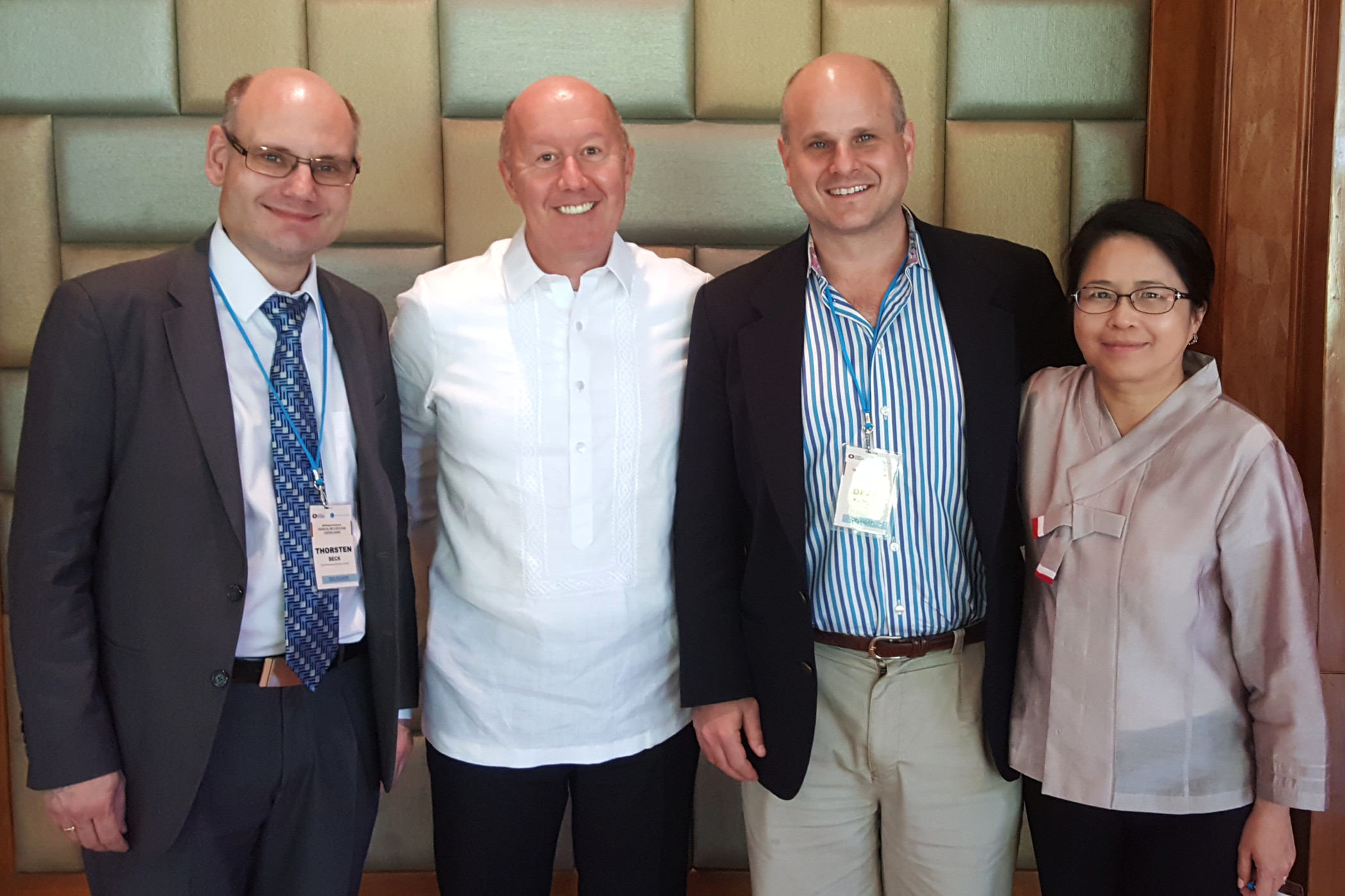 Thorsten Beck, Francis Warnock, Dean Karlan and Veronica Warnock were each selected to share their research on financial inclusion with executives from Asia’s central banks. All four are either faculty members or graduates of UVA. (Contributed photo)

Beck, who in addition to his academic appointments has held positions in the European Banking Center and the World Bank, shared an overview of finance, growth and financial inclusion in Asia and around the world. His presentation demonstrated the positive correlation between financial inclusion and a nation’s overall financial development. He emphasized the important role that conference attendees – mostly bankers and policymakers – can play in empowering poorer communities.

“I think the interaction between researchers, policymakers and practitioners is critical to push forward our knowledge, in terms of exchanging new questions, sharing data and presenting research findings that are relevant for policy and practice,” Beck wrote in an email. “I think we need more of such three-way interactions.”

The Warnocks presented a case study analyzing the successes and challenges of one Filipino bank’s mobile-based savings startup, developed to increase unbanked and underbanked Filipinos’ access to financial services. The CEO of the startup’s parent bank joined their session on digital financial services as a discussant, providing an update on the microsavings bank’s challenges and strategies.

“The case represented an attempt of an old and venerable bank to go down-market and serve poorer populations, and we wanted to give central bankers a sense of what one bank tried to do,” Frank Warnock said. “What they are trying to do is not easy, and it was great to get the CEO’s perspective.”

Several barriers prevent poor families around the world from establishing formal savings accounts. One, of course, is the difficulty of saving money when faced with limited income, seasonal income variations or income shocks. However, many people are saving money informally, but still not opening savings accounts. They are often deterred by the absence of bank branches in their community, prohibitive transaction costs or account fees, or mistrust and concerns about corruption. Consequently, they often use less secure or profitable savings methods, such as saving in informal groups, investing in livestock or simply stashing money beneath their mattresses.

In attempting to serve these groups, banks face their own set of regulatory barriers, as well as the financial cost of opening branches in rural areas.

“If the regulatory context is prohibitive, then you cannot do much,” Veronica Warnock said. “In our case, the central bank of the Philippines worked with the private sector and others to change regulations.”

Mobile banking options and microfinance operations offer some options for encouraging individuals to save or borrow money to finance education and business ventures. Karlan’s presentation analyzed the pros and cons of various solutions, drawing on projects he has spearheaded as the president and founder of Innovations for Poverty Action and as a member of the executive committee of the Abdul Latif Jameel Poverty Action Lab at the Massachusetts Institute of Technology.

Many products or potential solutions, he noted, have enjoyed high initial adoption rates, only to see usage drop sharply later on. Though there is no one-size-fits-all solution, Karlan advised banks to study available data to better predict consumer behavior, to design their product with the consumer in mind, and to use quick, low-cost tests gauge consumer reaction.

The conference allowed all four academics to directly reach the bankers and policymakers who could help put their ideas into practice.

“The presentations gave participants a well-rounded view of financial inclusion, from Thorsten’s summary across many countries to Dean’s focus on identifying what works and our in-depth narrative on what’s happening on the ground with one particular entity,” Veronica Warnock said. “We all need to learn more about how to reach the unbanked in a financially sustainable way. I hope policymakers see how important their role is in enabling financial inclusion.”

Meet the New Cavalier on Horseback: She’s Eager To ‘Carry On a Legacy’ END_OF_DOCUMENT_TOKEN_TO_BE_REPLACED

Housing Changes Are a Breath of Fresh, Cool Air – Especially for Lawnies END_OF_DOCUMENT_TOKEN_TO_BE_REPLACED

Virginia Football – For All Virginia END_OF_DOCUMENT_TOKEN_TO_BE_REPLACED