U.Va. Researchers Find that Kindergarten Is the New First Grade 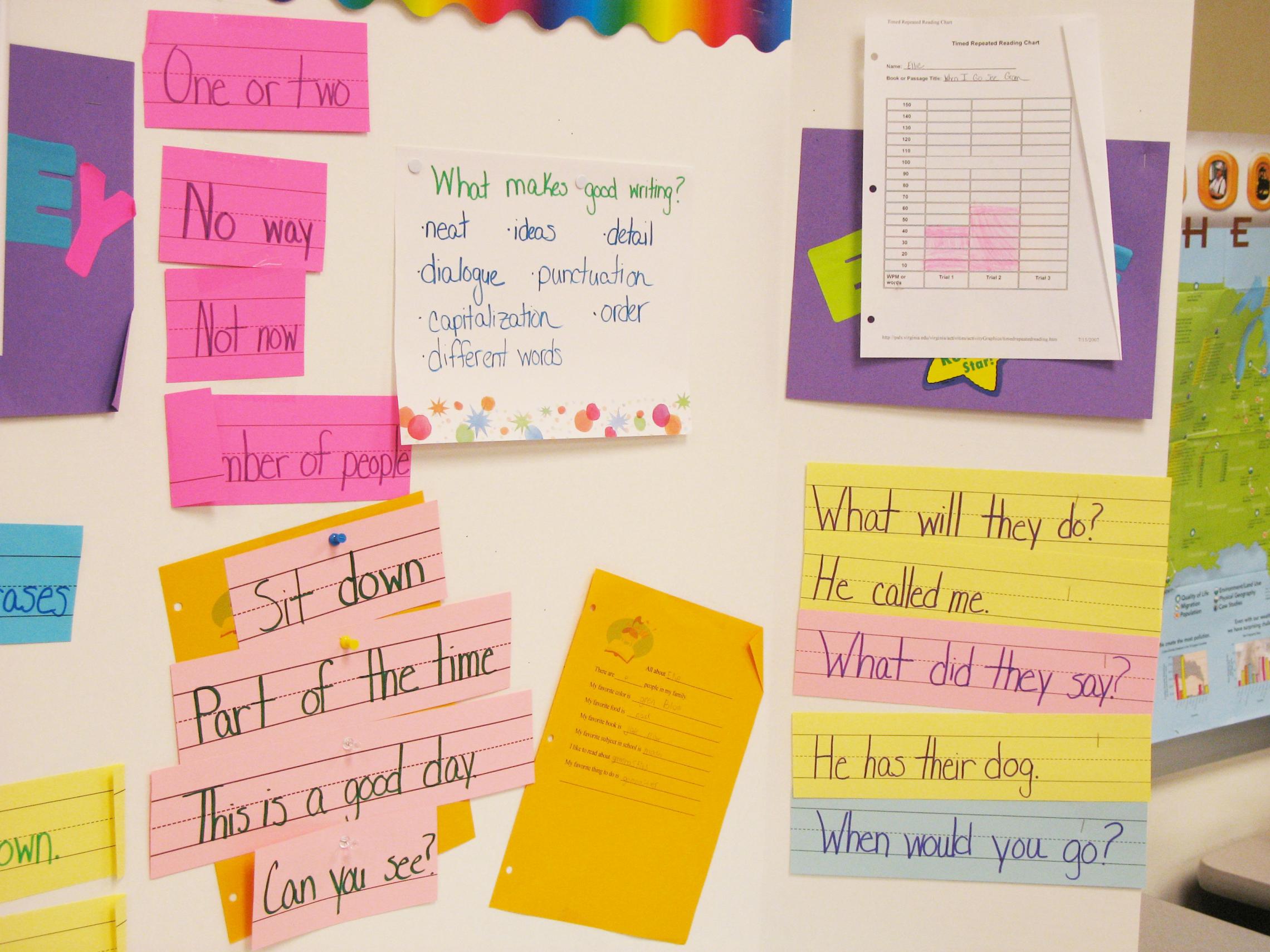 Kindergarten classrooms nationwide have changed dramatically since the late 1990s and nearly all of these changes are in the direction of a heightened focus on academics, particularly literacy, according to researchers from EdPolicyWorks, the center on education policy and workforce competitiveness at the University of Virginia.

In a working paper titled “Is Kindergarten the New First Grade? The Changing Nature of Kindergarten in the Age of Accountability,” U.Va. researchers Daphna Bassok and Anna Rorem posit that increased emphasis on accountability led to meaningful changes in the kindergartener experience.

“In less than a decade we’ve seen the kindergarten experience essentially transformed,” said Bassok, assistant professor at the Curry School of Education. “Academic skill-building has really taken center stage in today’s kindergarten classrooms, in a way that just wasn’t the case” before the late 1990s.

The study by Bassok and Rorem, a policy associate at U.Va.’s Weldon Cooper Center for Public Service,, uses two large nationally representative datasets to track changes in kindergarten classrooms between 1998 and 2006. It shows that in 1998, 31 percent of kindergarten teachers indicated that most children should learn to read while in kindergarten. By 2006, 65 percent of teachers agreed with this statement. To accommodate this new reality, classroom time spent on literacy rose by 25 percent, from roughly 5.5 to seven hours per week.

Bassok said that, done correctly, this increased focus on academics could be helpful. “Young children are curious, enthusiastic learners, with immense potential. There are ways to teach early literacy and math content to young learners so that it’s engaging, fun and really helps them get a head start.”

But the increased emphasis on literacy may have a cost. As teachers spend more time and attention on academic content, time centered on play, exploration and social interactions may drop.

“It certainly doesn’t have to be an ‘either/or’ scenario, where academics crowd out everything else,” Bassok said, “but I worry that in practice, this is what is happening in many classrooms.”

Over the last decade, both media and research accounts have suggested that kindergarten classrooms were increasingly characterized by mounting homework demands, worksheets, pressure to learn to read as early as possible, and heightened levels of stress. Bassok’s and Rorem’s study is [db1] the first that provides nationally representative empirical evidence about the actual changes.

“We went into this project expecting to see some change over time,” Bassok said. “What was surprising to us was to see substantial changes in the kindergarten experience along essentially every dimension. And the magnitude of these changes was striking.”

The study focused on four dimensions: Teacher beliefs about school readiness and kindergarten learning, how teachers used their time during daily activities, what specific curricular content was covered and kindergarten teachers’ views about assessments.

Teachers’ expectations for their kindergarten students escalated rapidly. Between 1998 and 2006, the percentage of teachers who indicated that incoming kindergarteners need to know most of the letters or count to 20 doubled. Teachers also increasingly believe that children who begin formal reading and math instruction before kindergarten will do better in elementary school.

Over the time period analyzed in the study, teachers reported spending 25 percent more time on reading and language arts. Time spent on all other subjects decreased.

“We saw meaningful drops in time spent on physical education, art, music, science and social studies, which was really striking given that far more children now attend full-day kindergarten so, at least in theory, there should be more time available for all sorts of learning experiences,” Bassok said.

In fact, the data show that kindergarteners in 2006 spent as much time on reading and language arts as they did on mathematics, science, social studies, music and art combined. The number of kindergarten teachers who reported their students never have physical education also doubled over this period[P2] .

“Playtime has been part of the kindergarten classroom since its beginnings,” Rorem said.  “In fact, Freidrich Froebel, who helped make kindergarten popular in the United States, is said to have thought of play as ‘highly serious.’ Today, some research suggests that time for play and physical activity is beneficial for kids not only in its own right, but also as it helps them ’reset’ their attention spans.”

Bassok and Rorem reviewed teachers’ responses to 15 specific curricular elements of English language arts skills. The percentage of teachers reporting they taught a particular literacy skill every day went up for all 15 items considered.

Teachers were also asked specifically about language arts skills that in 1998 were considered “advanced” and taught in a later grade, such as composing and writing complete sentences, conventionally spelling and composing and writing stories with an understandable beginning, middle and end. By 2006, teaching each of these skills in kindergarten was much more commonplace. For example, in 1998, 45 percent of teachers said they never taught students “conventional spelling” because it was an advanced concept taught in later grades; this figure fell to 13 percent in the later period. The percentage who said they taught conventional spelling every day doubled from 18 percent to 36 percent.

The final dimension was how teachers’ views about assessment have changed over time. In the study, the researchers found that teachers who considered a child’s achievement relative to local, state or professional standards “very important” or “essential” rose from 57 percent to 76 percent.

Kindergarten classrooms, at least traditionally, have included much broader goals beyond teaching reading and math skills, according to Bassok. Children were learning how to share and navigate friendships, how to cooperate but also how to be confident and self-sufficient.

“We know that these early social skills are important predictors of students’ learning trajectories,” Bassok said. “So our worry is that if done inappropriately, the focus on academics may have really pushed these other kind of learning opportunities aside.”

Bassok, who is currently studying the possible drivers for these shifts, believes that one key candidate is the introduction of No Child Left Behind, which was signed into law in 2002.

“Since the introduction of NCLB, there has been a greater focus on high-stakes assessments in literacy and math,” Bassok said. “There are many anecdotal accounts of a ‘trickling down’ of intense accountability pressures from the tested grades – beginning in grade three – down to lower elementary grades, including kindergarten and even preschool.”

Another likely factor, according to Bassok, is changes over this period in early childhood experiences before school entry.

“With our increased awareness of the importance of early childhood education, we have way more children attending preschool, and we have parents, particularly middle- and high-income families, investing in their young children’s early education in a way that likely wasn’t the case two decades ago. Children are exposed to academic content earlier than they used to be and, in part, kindergarten teachers may be responding to these changes.”

EdPolicyWorks is a joint collaboration between the Curry School of Education and the Frank Batten School of Leadership and Public Policy that seeks to bring together researchers from across the University and the state to focus on important questions of educational policy and the competitiveness of labor in an era of globalization.