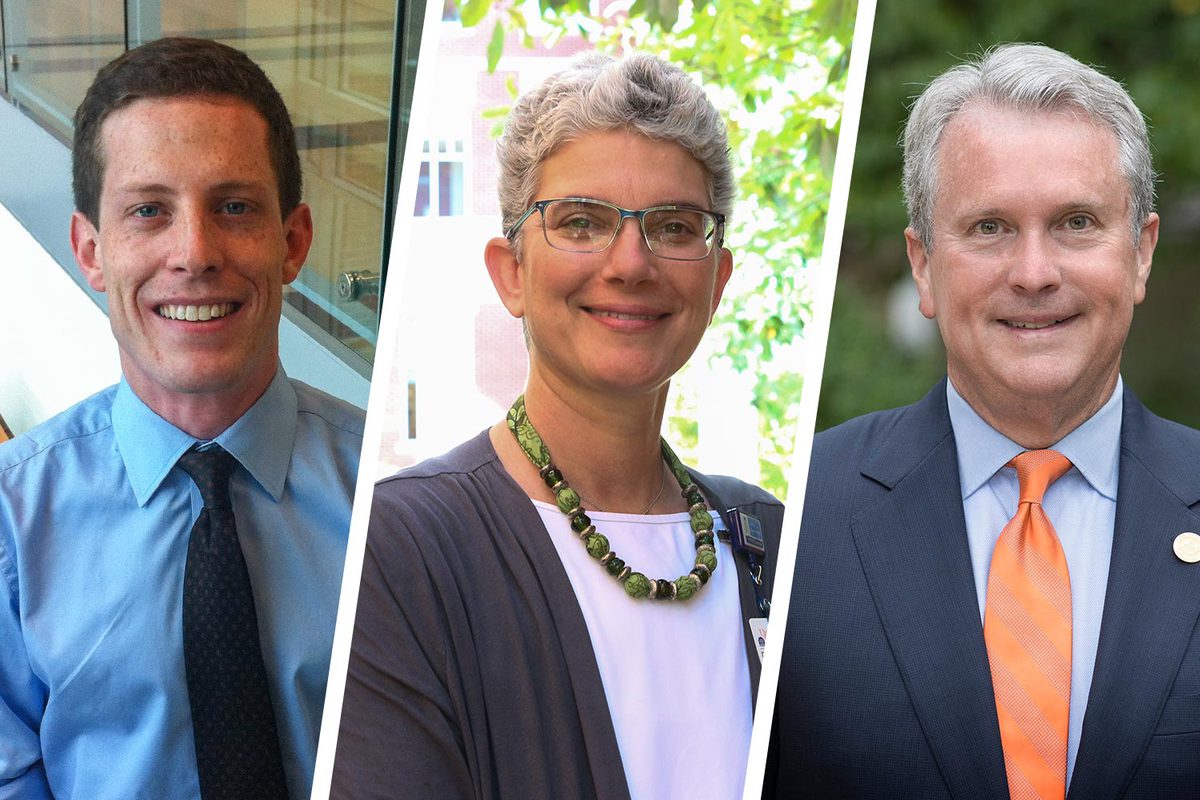 University of Virginia alumnus Alex Wolf helped tend his 90-year-old grandmother at home during her final days. Although he was delivering it, he didn’t know the term “palliative care” at the time.

But in the intensive care unit where he worked as a nurse, he sensed the lack of that care profoundly. He often saw “exactly the opposite of what my grandmother had received: patients who were dying, and having very painful things done to them, and caregivers who felt powerless to help,” he said.

It became “a watershed moment that led me to palliative care,” said Wolf, who earned a Doctor of Nursing Practice degree from UVA in 2016. “I realized that to me, the times when I was practicing palliative care were my very proudest moments in nursing, because I was listening to and helping patients get what they wanted out of the life that they had.”

Palliative care – focused on enhancing the quality of life for those dealing with serious illnesses – has, in the last several years, evolved into an essential component of quality care. But a recent survey of more than 165 ICU nurses in Virginia found that fewer than 40% described themselves as “highly competent” in any domain of palliative care, according to new research from Wolf (now a palliative nurse practitioner at TriHealth in Cincinnati) and UVA School of Nursing faculty members Beth Epstein and Ken White.

Real and perceived gaps in palliative care competence is particularly vexing at a time when many of us are living longer, despite a cascade of complex chronic illnesses that often come with advanced age.

But the study also found that critical care nurses may be less likely to experience moral distress if they feel their patients’ palliative care needs are being met – which may, in turn, make them less likely to become burned out and to abandon the profession. The findings are published in the October edition of the journal Critical Care Nurse.

“Moral distress,” the authors explain, is “a phenomenon that occurs when an individual recognizes the morally correct action to take, but is prevented from taking it because of internal or external constraints.” It is a contributor to nurse burnout and turnover, which costs hospitals between $5.2 to $8.1 million each year. In their study, the authors found significant differences in moral distress levels based on how nurses perceived use of palliative care. Respondents who perceived less frequent use of palliative care services tended to report higher levels of moral distress.

Previous research has established that nurses who experience moral distress may seek to reduce their own suffering by avoiding ethically challenging situations, becoming emotionally numb, or leaving their position altogether. The authors also note that “without appropriate intervention to prevent … moral distress and improve critical-care nurses’ resilience, the consequences of moral distress may have far-reaching effects on nurse well-being as well as turnover and staffing, which threaten patient safety and cause needless waste of valuable human and financial resources.”

Nearly half of nurses surveyed in the UVA study reported they’d either left or had considered leaving a previous nursing job due to moral distress, while another 18% revealed that they were currently considering leaving their work due to moral distress. Their distress, they revealed, was driven mainly by unclear goals of care, the prolonging of their patients’ dying process, a lack of consensus regarding treatment, inadequate staffing, and the sense that the medical team was providing false hope to patients and families.

There are currently no palliative care curriculum requirements for undergraduate nursing students, though many institutions – including UVA – offer regular palliative care courses and workshops to both pre-licensure and graduate students. Nearly 96% of nurses the authors surveyed called such training “very” or “extremely” important, though just over one-third (38%) had had any such education in the past two years.

The authors say palliative care education needs to be more supported and widespread, and in-hospital consult services targeting moral distress can also help ease the burden. At UVA, a program developed by Epstein and Ann Hamric in 2017 found that 83% of those who accessed the moral distress consult service resolved key problems and made changes to their process and/or behavior.

What it Means to Be a Cavalier Baseball Player END_OF_DOCUMENT_TOKEN_TO_BE_REPLACED