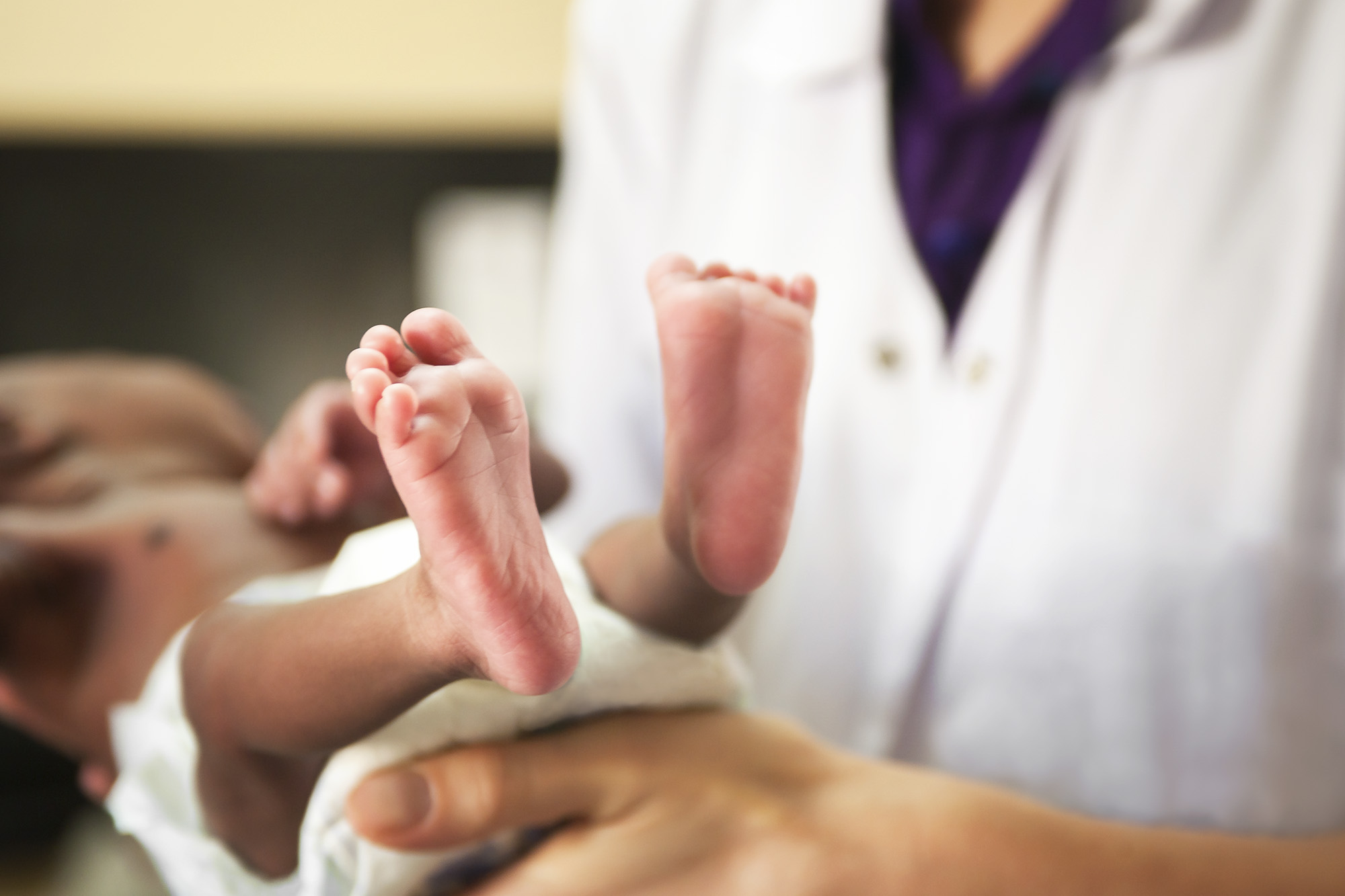 There are few moments in life as precious, as critical and as celebrated as a baby’s first breath. New research from the University of Virginia School of Medicine sheds light on the lifelong changes in breathing systems that occur precisely with that first breath – and may offer important insights into sudden infant death syndrome, or SIDS.

A team of researchers led by UVA’s Dr. Yingtang Shi, Patrice Guyenet and Douglas A. Bayliss have discovered a signaling system within the brainstem that activates almost immediately at birth to support early breathing. That first gasp that every parent cherishes appears to trigger this support system.

“Birth is traumatic for the newborn, as the baby has to independently take control over various important body functions, including breathing,” said Bayliss, who chairs UVA’s Department of Pharmacology. “We think that activation of this support system at birth provides an extra safety factor for this critical period.”

The new findings help researchers understand how breathing transitions from a fragile state susceptible to brain-damaging and potentially deadly pauses early in development to a stable and robust physiological system that flawlessly supplies the body with oxygen for the rest of our lives. Before a baby is born, breathing is not required and breathing movements occur only intermittently, so the transition at birth can be a highly vulnerable time. Bayliss and his colleagues at UVA, working with researchers at the University of Alberta and Harvard University, found that a specific gene is turned on immediately at birth in a cluster of neurons that regulate breathing selectively in mice. This gene produces a peptide neurotransmitter – a chain of amino acids that relays information between neurons. This transmitter, called PACAP, starts to be released by these neurons just as the baby emerges into the world.

The scientists determined that suppressing the peptide in mice caused breathing problems and increased the frequency of apneas, which are potentially dangerous pauses in breathing. These apneas further increased with changes in environmental temperature. These observations suggest that problems with the neuropeptide system may contribute to SIDS.

SIDS, also known as crib death, is the sudden unexplained death of a child less than a year of age. It is the leading cause of infant mortality in Western countries. SIDS is attributed to a combination of genetic and environmental factors, including temperature. UVA’s new research suggest that problems with the neuropeptide system may increase babies’ susceptibility to SIDS and other breathing problems.

PACAP is the first signaling molecule shown to be massively and specifically turned on at birth by the breathing network, and it has been linked genetically to SIDS in babies. The causes of SIDS likely are complex, and there may be other important factors to discover, the researchers note.

“These finding raise the interesting possibility that additional birth-related changes may occur in the control systems for breathing and other critical functions,” Bayliss said. “We wonder if this could be something that has been selected for more generally – activation of fail-safe support systems for this key transition period. Understanding those might help us better treat disorders of the newborn.”