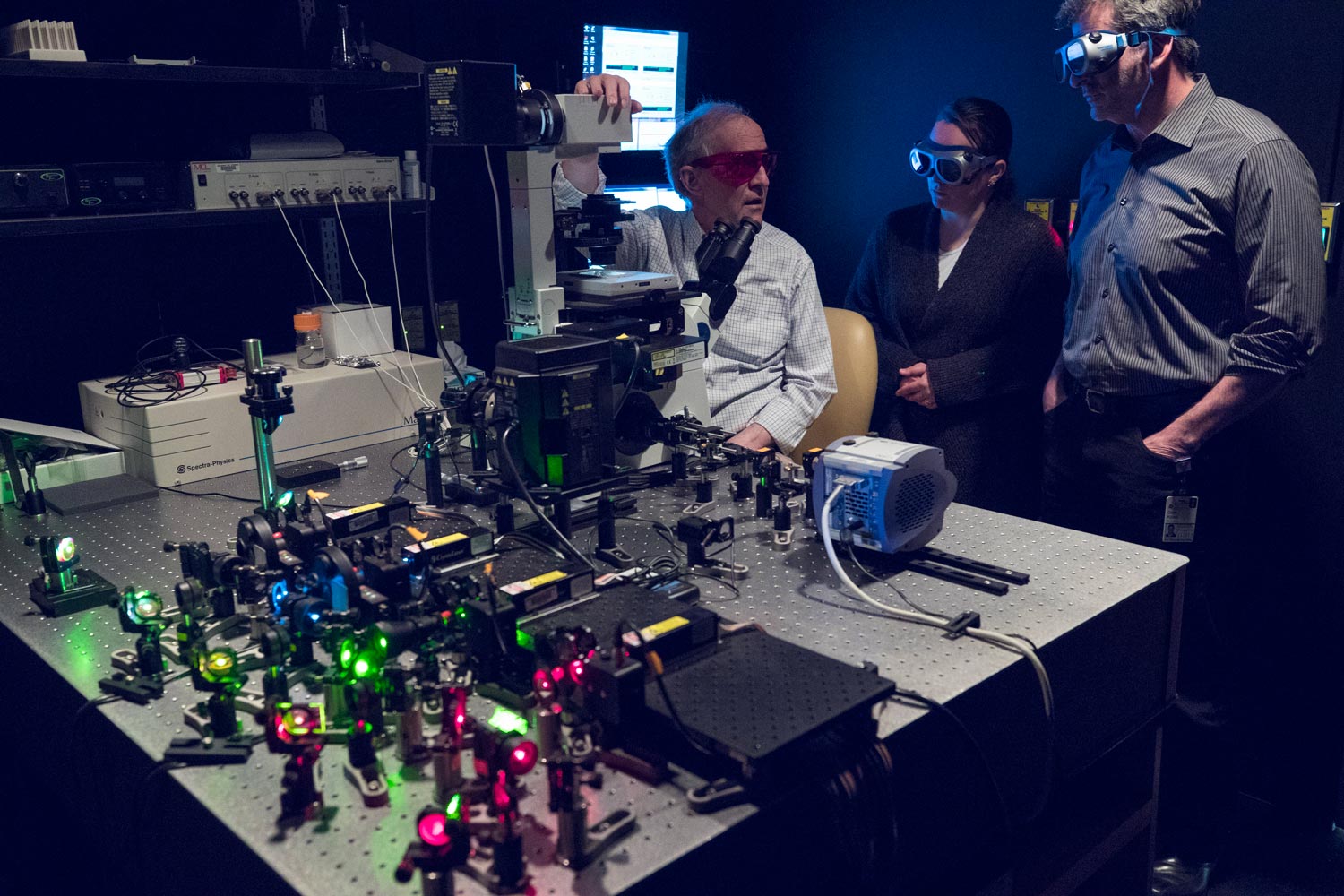 Using a homemade, high-tech microscope, scientists at the University of Virginia School of Medicine have revealed how a cancer-causing virus anchors itself to our DNA. That discovery could pave the way for doctors to cure previously incurable diseases by flushing out viruses, including HPV and Epstein-Barr, that now permanently embed themselves in our cells.

“The reason we can’t get rid of these [viruses] is because we can’t figure out a way to get their DNA out of the nucleus, out of the cell,” UVA researcher Dr. Dean H. Kedes said. “They depend on this ‘tether’ to remain anchored to the DNA within our cells, and to remain attached even as the cells divide. This tether is a key factor to disrupt in devising a cure.”

Now that scientists can understand this vital infrastructure, they can work to disassemble it. “Without it,” Kedes noted, “the virus is going to lose its hold in the body. … Bad for the virus, but very good for the patient.”

The researchers used a microscope built by fellow investigator M. Mitchell Smith to reveal the structure of the tether used by a virus called Kaposi’s sarcoma-associated herpesvirus. Until now, such tethers have largely eluded scientists because they are so diabolically small, defying even the most high-tech approaches to determining their form.

“We’re seeing things on the order of 8,000 times smaller than a human hair,” said Smith, who built UVA’s microscope piece by piece based on one pioneered in the Physics and Astronomy Department at the University of Maine.

Smith’s microscope is nothing like the simple light microscope seen in every high school biology class. It’s a stunning marriage of stainless steel and laser beams, looking much like an oversized sci-fi Erector set. It sits on a table that almost fills a small room.

“It’s a set of lasers, a bunch of optics that focus and filter the lasers,” Smith explained, gesturing to various components. “I’m trained as a molecular geneticist, not as an optical physicist … so we worked on it for maybe three years. But it’s continually a work in progress.”

The device has already proved a game-changer, allowing him and Kedes to unveil the viral tether. The researchers – in UVA’s Department of Microbiology, Immunology and Cancer Biology – used fluorescent antibodies to mark individual molecules on the tether and then recorded their location in space. They then combined the resulting images to create an outline of the shape, a bit like mapping a city from thousands of GPS signals.

To complete their 3-D portrait, they combined their results with information drawn from other imaging techniques, such as X-ray crystallography. The result is the most complete portrait of the tether ever created. And that information likely will prove vital for cutting the rope on the virus’ grappling hook.

The researchers envision using the approach for many other stubborn viruses, such as Epstein-Barr (the virus that causes infectious mononucleosis) and HPV (human papillomavirus). Further, they suspect that such viruses’ tethers may share similarities with the one they revealed. “Now, for the first time,” Kedes said, “it’s OK to say, ‘Let’s focus on structures that are vital to the virus that before were below the limits of our standard methods of detection within infected cells.’”

The researchers have published their findings in the scientific journal PNAS, the Proceedings of the National Academy of Sciences. The research team consisted of Margaret J. Grant, Matthew S. Loftus, Aiola P. Stoja, Kedes and Smith.

What it Means to Be a Cavalier Baseball Player END_OF_DOCUMENT_TOKEN_TO_BE_REPLACED