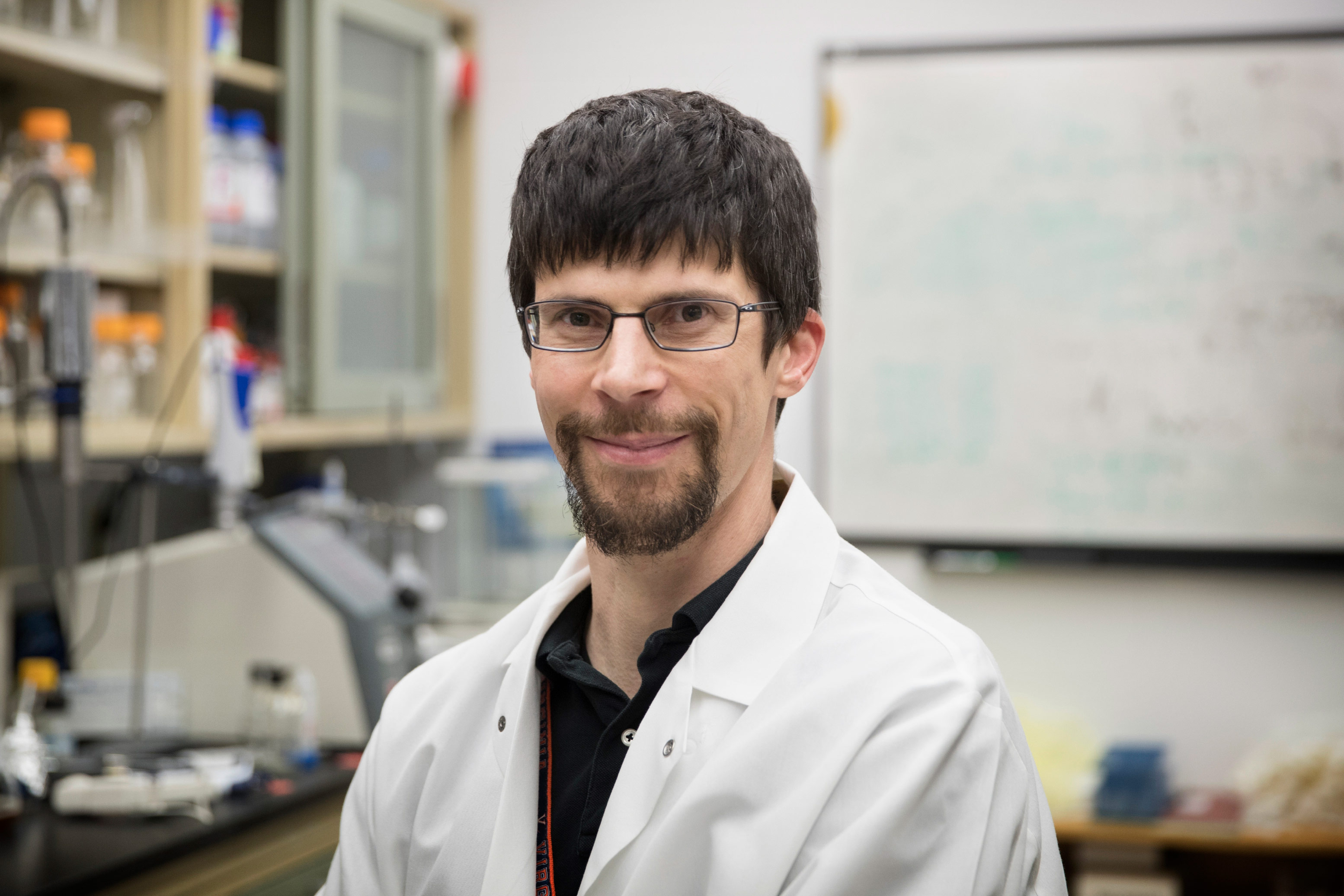 Alban Gaultier of the UVA Department of Neuroscience and its Center for Brain Immunology and Glia is the lead researcher on the project. (Photo by Dan Addison, University Communications)

Researchers at the University of Virginia School of Medicine have reversed depression symptoms in mice by feeding them Lactobacillus, a probiotic bacteria found in live-cultures yogurt. Further, they have discovered a specific mechanism for how the bacteria affect mood, providing a direct link between the health of the gut microbiome and mental health.

Based on their findings, the researchers are optimistic that their discovery will hold true in people and are planning to confirm their findings in patients with depression.

“The big hope for this kind of research is that we won’t need to bother with complex drugs and side-effects when we can just play with the microbiome,” lead researcher Alban Gaultier said. “It would be magical just to change your diet, to change the bacteria you take, and fix your health – and your mood.”

Depression is one of the most common mental health conditions in the United States, with up to 7 percent of people experiencing a major depressive episode, Gaultier noted. “It’s a huge problem and the treatments are not very good, because they come with huge side-effects,” he said.

The role of the gut microbiome – the bacteria that live inside us – has been of tremendous interest to researchers studying depression and other health conditions, both mental and physical. Gaultier, of the UVA Department of Neuroscience and its Center for Brain Immunology and Glia, set out to see if he could find a concrete link between depression and gut health.

“When you’re stressed, you increase your chance of being depressed, and that’s been known for a long, long time,” he said. “So the question that we wanted to ask is, does the microbiome participate in depression?”

“This is the most consistent change we’ve seen across different experiments and different settings we call microbiome profiles,” explained researcher Ioana Marin, a graduate student who is finishing her Ph.D. work. “This is a consistent change. We see Lactobacillus levels correlate directly with the behavior of these mice.”

Gaultier was careful to call the symptoms seen in mice as “depressive-like behavior” or “despair behavior,” as mice have no way to communicate that they are feeling depressed. But those symptoms are widely accepted as the best available model for looking at depression in creatures other than humans.

Based on the new findings, Gaultier plans to begin studying the effect in people as soon as possible. He intends to examine the effects of Lactobacillus on depression in patients with multiple sclerosis, a group in which the disorder is common. Promisingly, the same biological substances and mechanisms Lactobacillus uses to affect mood in mice are also seen in humans, suggesting the effect may be the same.

In addition to looking at the effects in people, the researchers are continuing to explore the important role of kynurenine.

“There has been some work in humans and quite a bit in animal models talking about how this metabolite, kynurenine, can influence behavior,” Marin said. “It’s something produced with inflammation that we know is connected with depression. But the question still remains: How? How does this molecule affect the brain? What are the processes? This is the road we want to take.” 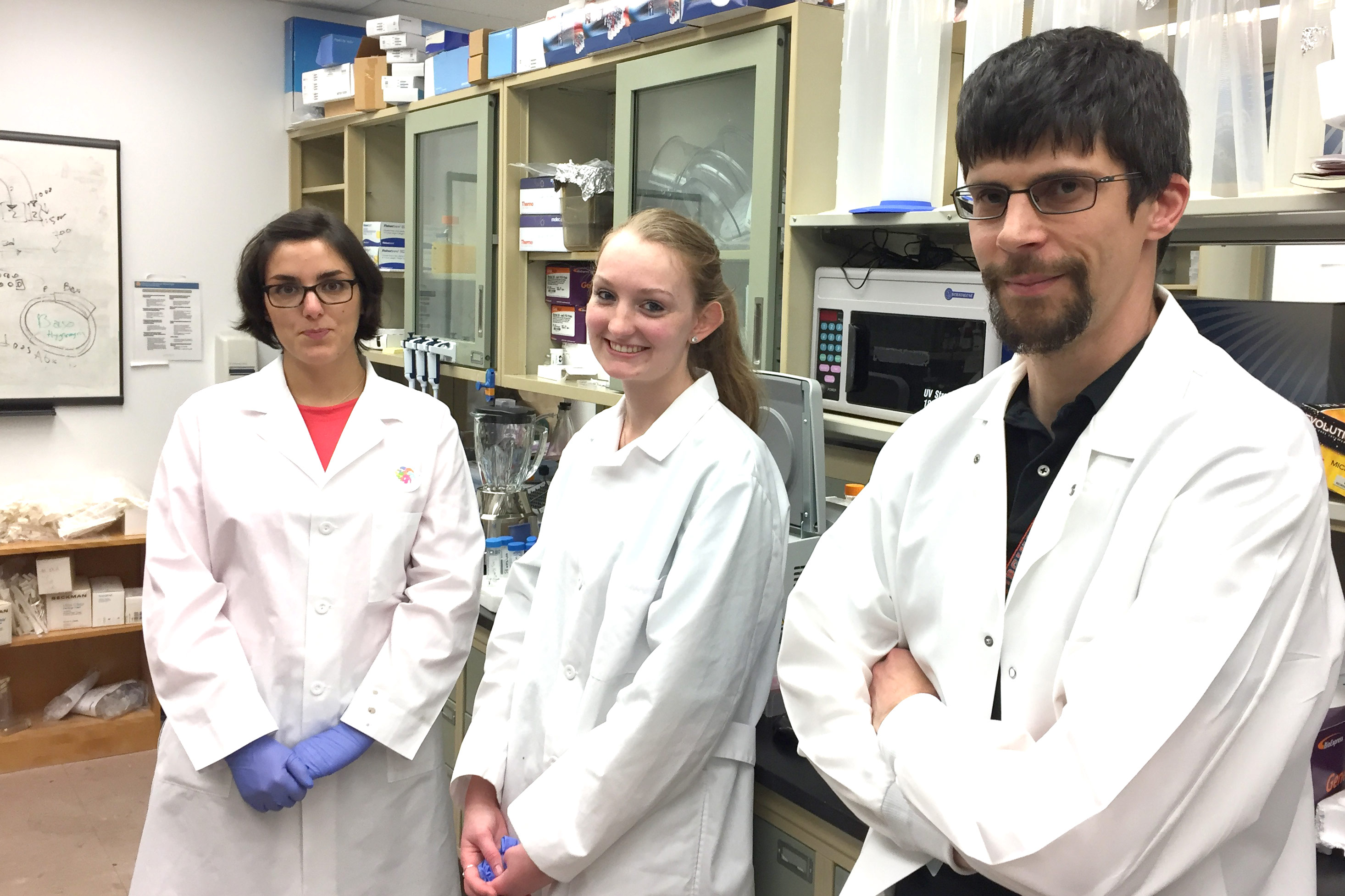 While there is no harm in people with depression eating yogurt – assuming they have no reasons to avoid dairy – people receiving treatment for depression should not stop taking their medications without consulting their physicians. More studies, the researchers noted, are needed.

(For more on this discovery, including answers to questions such as whether the strain of Lactobacillus influences its effect on depression, visit the UVA School of Medicine’s research blog, the Making of Medicine.)

The findings have been published online by the scientific journal Scientific Reports. This interdisciplinary study is the product of a collaboration among several laboratories and centers at UVA. The article is the work of Marin, Jennifer E. Goertz, Tiantian Ren, Stephen S. Rich, Suna Onengut-Gumuscu, Emily Farber, Martin Wu, Christopher C Overall, Jonathan Kipnis and Gaultier.