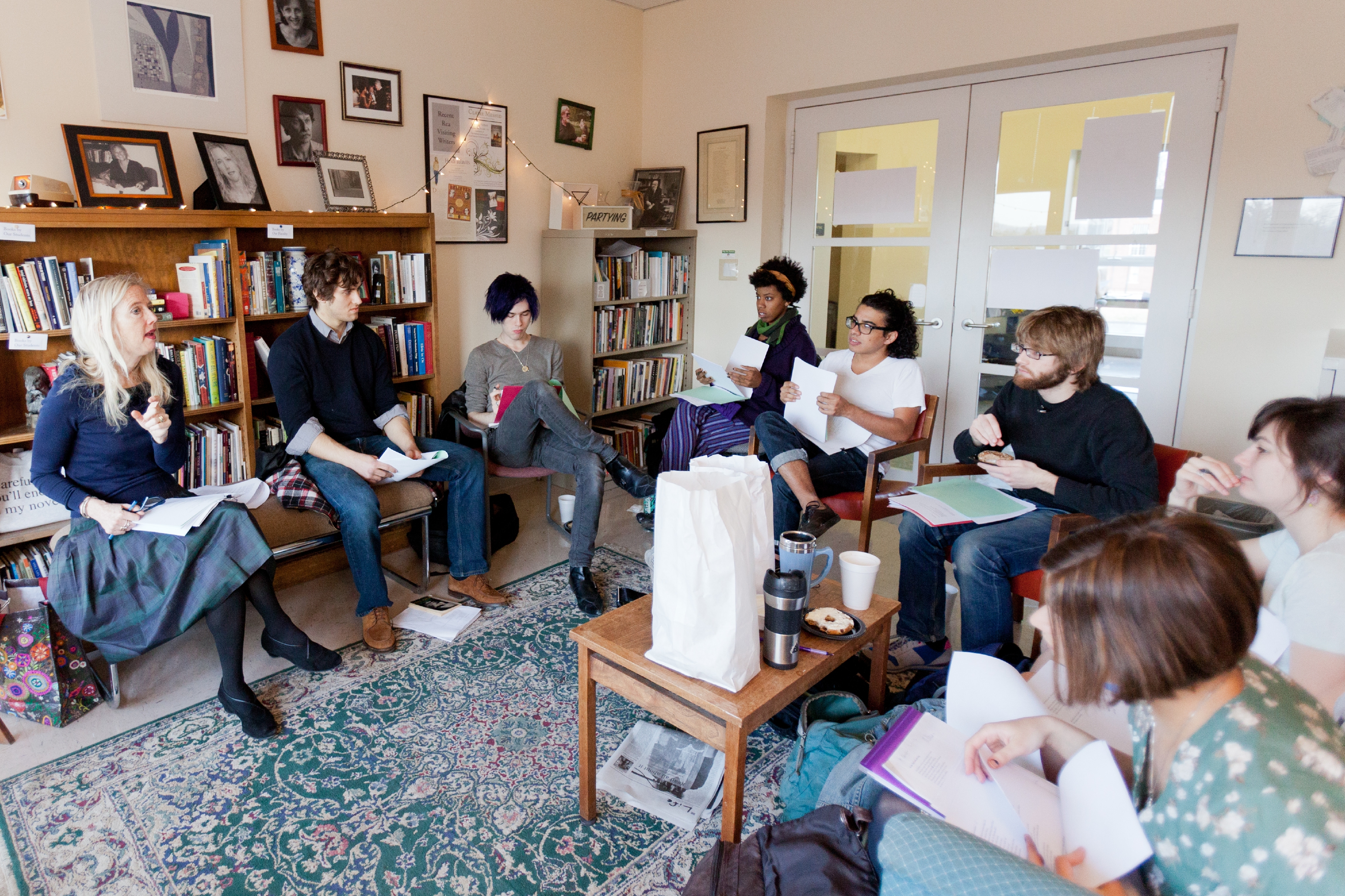 Lisa Russ Spaar is no stranger to teaching awards, and they keep coming to her.

The latest might be the biggest of all. For her “positive, inspiring and long-lasting effect on students,” Spaar, a University of Virginia English professor, has been named one of three finalists for the national, $250,000 Cherry Award for Great Teaching.

A poet who publishes anthologies and essays as well as her own poems, Spaar has already garnered a Jefferson Scholars Foundation Faculty Award for 2013-15, the State Council of Higher Education for Virginia’s Outstanding Faculty Award in 2010 and a Guggenheim Fellowship in 2009.

The award, created by Texas lawyer Robert Foster Cherry, is designed to honor great teachers, to stimulate discussion in the academy about the value of teaching and to encourage departments and institutions to value their own great teachers. Individuals nominated for the award have a proven record as an extraordinary teacher with a positive, inspiring and long-lasting effect on students, along with a record of distinguished scholarship, according to the award criteria.

The finalists each receive $15,000, as well as $10,000 for their home departments to foster the development of teaching skills. Each will present a series of lectures at Baylor University, the Cherry Award sponsor, during the fall and also give a lecture on their home campuses during the upcoming academic year.

The eventual Cherry Award winner, to be chosen next spring, will receive $250,000 and an additional $25,000 for her home department and will teach in residence at Baylor during fall 2016 or spring 2017.

Spaar’s selection as a finalist has her colleagues “thrilled and proud,” said Cynthia Wall, chair of the English department, who nominated her for the honor. “She is at once one of the most demanding and one of the most adored teachers in a department bursting with excellent teachers, generating an extraordinary loyalty among her students. Around the University as well as around the country, Lisa works with indefatigable charm to create a community of scholars and poets.

“In her poetry, in her classroom and in the wider community, Lisa Russ Spaar creates and generates the richness and inspiration and hope and ardor that keep that dark lack at bay,” Wall wrote in her nomination.

Spaar earned a B.A. from U.Va. in 1978 and an M.F.A. in creative writing in poetry from U.Va.’s Creative Writing Program in 1982. In addition to teaching for more than 20 years in the University’s English department, she has held positions at James Madison University and the University of North Texas.

Teaching for Spaar means learning, thinking and listening, she said.

“Learning more about my discipline, encountering other ways of thinking and being and making that push me outside my comfort zone, engaging on a daily basis with texts, colleagues and students – that keeps me in touch with the energized and energizing minds and imaginations of the young, and also with those forces that Wordsworth called ‘the noble Living and the noble Dead,’” she said. “Teaching allows me to revisit familiar material (a 25th reading of ‘King Lear,’ for instance) in a way that deepens my capacity for surprise, insight, flexibility and open-mindedness.

“Because ‘teaching’ means articulating my intuitions and ideas to others, it helps me (I hope) to be a better thinker. Because good teaching means close listening, I’m also always learning new things – about others, about poetry, about myself.”

Fifteen years ago, Spaar created and still directs the English department’s Area Program in Poetry Writing for undergraduates. The program allows talented undergraduate writers to pursue serious study of poetry writing within the context of the English major.

Her students have frequently given her the highest possible marks as an instructor – or even a “10” on a 1-5 rating scale, Wall wrote. Spaar frequently teaches in the wider community, too, including at the Center for the Liberal Arts at U.Va., where she was thanked for presenting “Poetry in Process and Practice” at a high school teacher’s conference held at Monticello High School. The teachers described her as “amazing,” “exceptional”  and “extremely engaging, worldly and relevant.”

In addition to leading poetry writing workshops, she teaches seminars on a variety of topics such as “The Poetics of Place,” “Poetry’s Big Themes,” “Ecstatic Poetry,” “Brilliant Corners: Jazz & Poetry” and “Selfies Old and New: Self-Portraiture in Poetry and Visual Art.” In addition, Spaar teaches a College of Arts & Sciences first-year seminar, or COLA, under the subject, “Myths of Adolescence and the Literary Imagination,” at the same time acting as adviser to a cohort of about 16 students until they declare their majors.

Spaar has penned, edited and published dozens of poems, books, chapters, anthologies and essays during her career. Her publications include “The Hide-and-Seek Muse: Annotations of Contemporary Poetry,” “Vanitas, Rough: Poems” and “Satin Cash: Poems.” More than 80 of her poems have been published in publications such as Boston Review, Poetry, Ploughshares, SLATE, The Virginia Quarterly Review, The Kenyon Review and The Yale Review. Her essays and reviews have appeared in The Chronicle of Higher Education, The New York Times and The Los Angeles Review of Books.