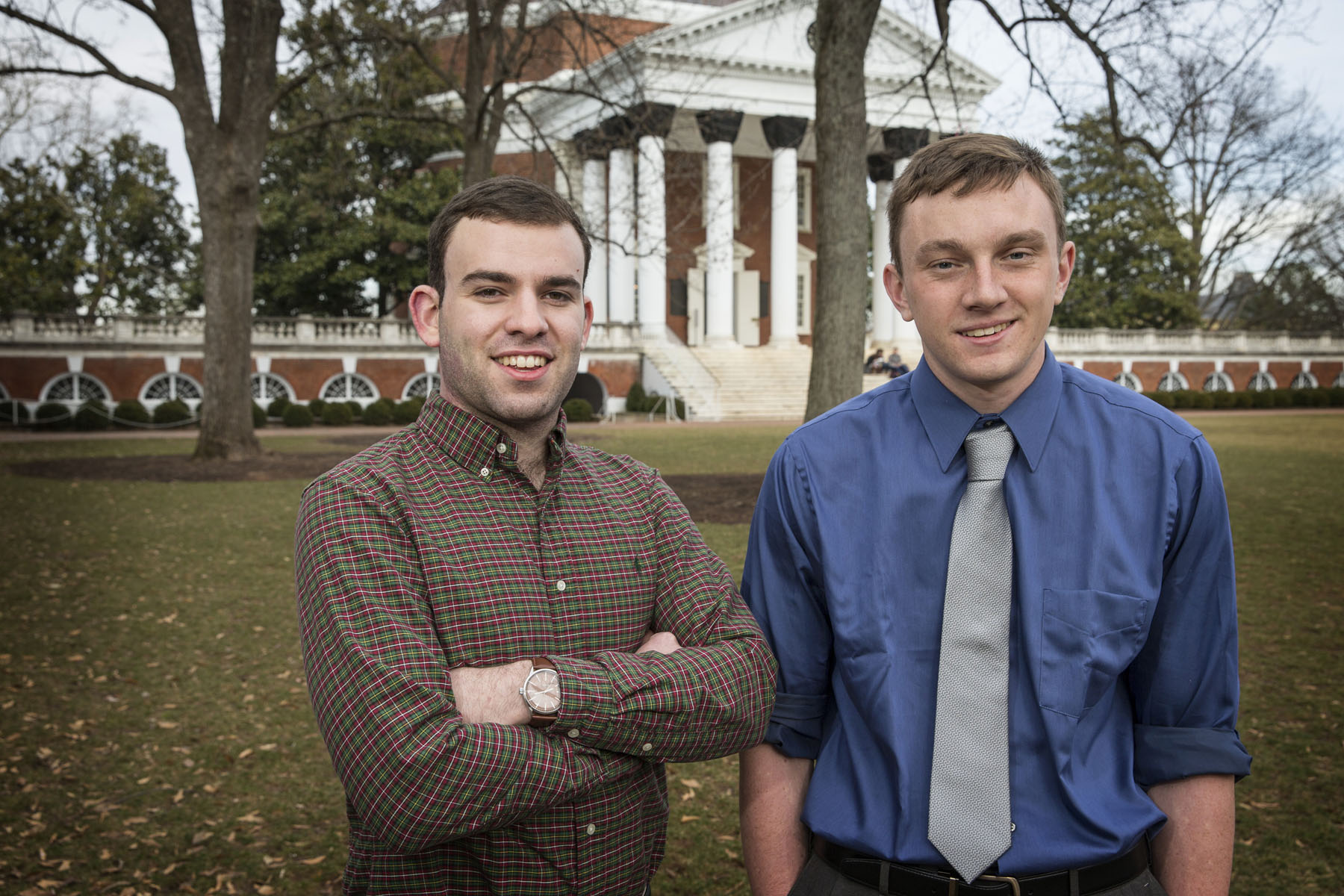 A group of University of Virginia students has drafted a bill to raise awareness of mental health issues and resources at Virginia’s public colleges, and the proposed legislation already has bipartisan support from two of the youngest members of the Virginia House of Delegates.

“Mental illness often manifests itself during the college years,” Hope said, “and Virginia’s colleges and universities are uniquely positioned to provide the necessary education that could ultimately lead to life-saving treatment.”

For most students, attending college is their first time living away from home for an extended period, and is a stressful time for many reasons, said Jarrod Nagurka, a Democrat and co-president, with Republican Patrick MacDonnell, of the U.Va. student group Legislators of Tomorrow, which drafted the bill.

Colleges generally offer an array of mental health services, and “we commend the schools for the existence of those services,” he said.

The problem is that many students just don’t know about the services available on campus, MacDonnell said. Among the 13 students who drafted this bill, “We know that some of these resources might be going to waste, because none of us was really well-acquainted with them. We think there’s a better way to get the word out about the existing services.”

U.Va. already uses a similar interactive online curriculum to educate students on alcohol issues, Nagurka said. “Alcohol is a major issue on college campuses, and mental health is too,” he noted.  “This solution, we think, is consistent with what has been done in the past to deal with alcohol issues, and we hope to have similar success with this.”

The bill may require a small investment to point people to these resources, but that represents “a big return on investments already made in mental health services,” MacDonnell said. “No one wants to learn of a student who could have benefitted from these services, but didn’t know about them.”

Friends call Nagurka and MacDonnell “the odd couple,” Nagurka explained. They disagree on almost everything politically, but they became fast friends and went on to form Legislators of Tomorrow, which is dedicated to coming up with bipartisan legislation proposals.

The student group’s interest in crafting mental health legislation was strengthened, Nagurka said, after learning of the Nov. 19 family tragedy endured by State Sen. Creigh Deeds, whose college-aged son, Austin C. “Gus” Deeds, stabbed his father multiple times, then killed himself with a rifle roughly 13 hours after being released from an emergency custody order for psychiatric evaluation.

Yost, 27, is the youngest member of the General Assembly, and his district includes Blacksburg, site of the 2007 shooting at Virginia Tech that killed 32 people in the deadliest shooting incident by a single gunman in U.S. history. Yost has been actively involved in mental health issues since taking office in 2012.

“I’ve long believed that the issues that unite us are far greater than those that divide us,” Nagurka said, “and it’s heartening to see Democrats and Republicans, both at the University of Virginia and in the House of Delegates, recognize this and come together to ensure students are taking full advantage of the mental health resources available to them across the Commonwealth.”

“Jarrod and Patrick are can-do activists and good friends who love not just the game of politics, but the substance of government,” said Larry J. Sabato, director of U.Va.’s Center for Politics and University Professor of Politics, who has taught the pair. “They are political opposites, and debate each other endlessly about everything. I’ve had to cut off a number of in-class and post-class arguments between them so life could go on.

“But in the end they look for common ground, they respect their opponents and they want to do some good. Terrific. Maybe they can prod the legislature in a constructive direction on the mental health issue as it affects students.”

The Legislators of Tomorrow are reaching out to college administrators and experts on mental health issues to get feedback on the bill, and they plan to visit Richmond to meet with legislators after the bill is assigned to a subcommittee in coming days, Nagurka said.

The whole process is “learning in action,” he said. “Hopefully we can get something done that’s quite meaningful.”

A Year We Will Never Forget: 2019-20 in Review END_OF_DOCUMENT_TOKEN_TO_BE_REPLACED

‘What Will You Carry With You?’ Remarks From UVA President Jim Ryan END_OF_DOCUMENT_TOKEN_TO_BE_REPLACED