U.Va. Study Shows Innate Ability to Detect the Snake in the Grass 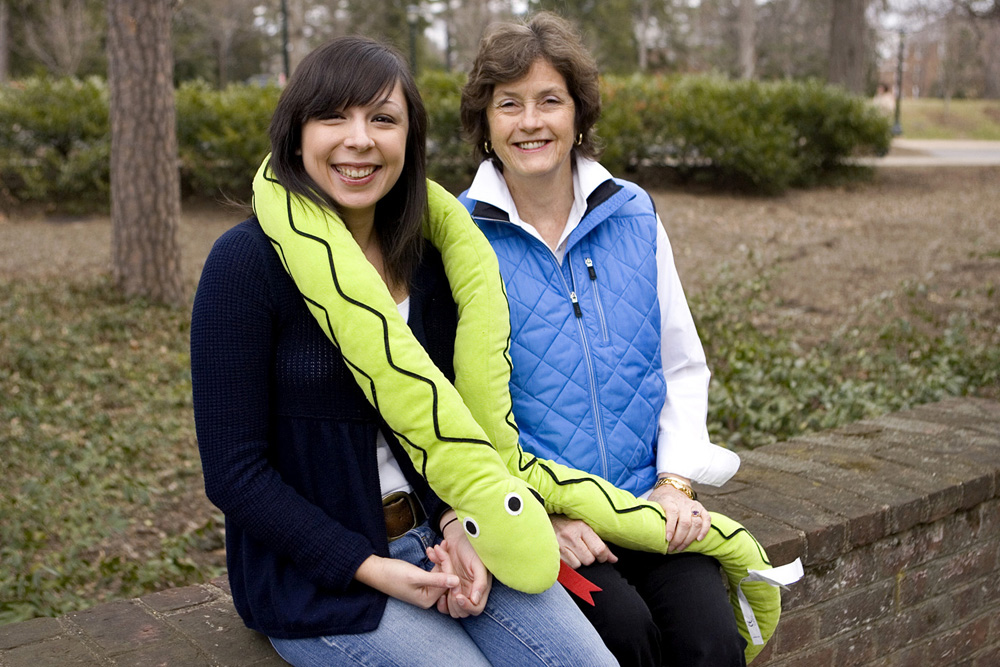 February 29, 2008 — Adults and very young children apparently have an innate ability to very quickly detect the presence of a snake from among a variety of non-threatening objects and creatures such as a caterpillar, flower or toad, according to a new study by psychologists at the University of Virginia.

The study appears in the March 2008 issue of the journal Psychological Science. The paper is available for download here in pdf format.

"Our finding matches with the evolutionary theory that humans have a pre-disposition to quickly identify a snake," says Vanessa LoBue, a post-doctoral fellow in psychology at U.Va. "Throughout the course of human evolution, humans who could quickly visually detect the presence of snakes were able to survive and reproduce, thereby passing this capability on in the gene pool."

LoBue and her colleague Judy DeLoache, a U.Va. professor of psychology, showed three-year-old children and adults photographs of snakes and various flora and fauna on a touch-screen monitor to see how quickly they could distinguish the snake or snakes from the other creatures or natural objects. They found that both children and adults were very good at nearly immediately identifying a snake from among the non-threatening images, but clearly not as good at finding a non-threatening image from among several snake photographs.

"Unlike adults, three-year-old children don't have much experience with snakes – particularly negative experiences – but they can detect snakes very quickly, much more quickly than non-threatening objects," LoBue notes.

LoBue and DeLoache emphasize that their study does not prove an innate fear of snakes, only that humans, including young children, seem to have an innate ability to quickly identify a snake from among other things. One of their previous studies indicated that humans also have a profound ability to identify spiders from among non-threatening flora and fauna. Lobue has also shown that people are very good at quickly detecting threats of many types, including aggressive facial expressions.

DeLoache and colleagues in her lab specialize in understanding cognitive development and how people, particularly children, process symbols.