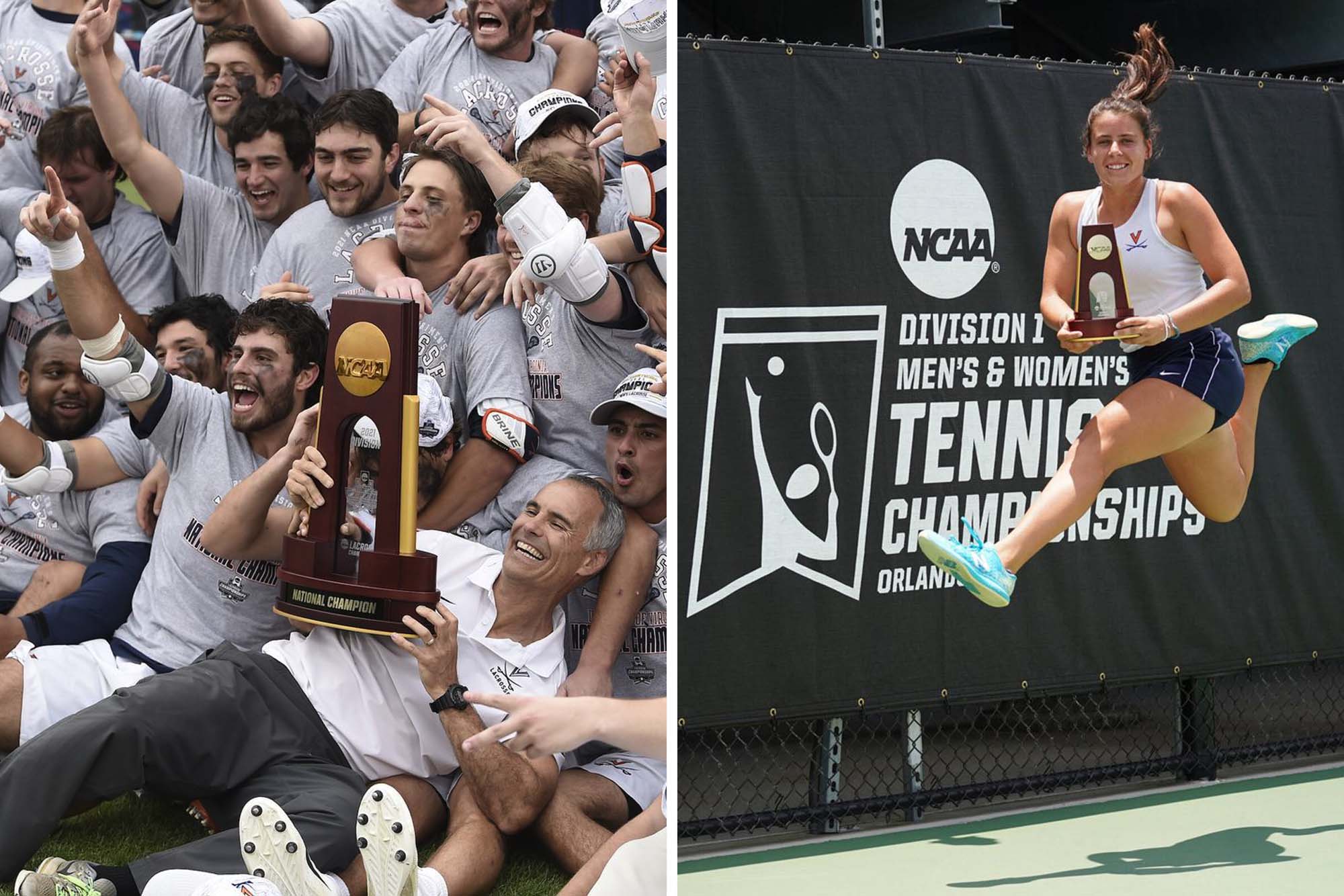 Student athletes for the University of Virginia brought home two national championships over the holiday weekend, winning both the men’s lacrosse title and the women’s tennis individual NCAA championship.

The lacrosse championship was the second in a row for the UVA men’s team. Coach Lars Tiffany’s squad on Monday upset the undefeated University of Maryland team, 17-16, to take its second consecutive title. It was the seventh national championship for UVA’s men’s lacrosse program.

What an awesome experience to have been at the game in person today! Congrats to @UVAMensLax and Coach Tiffany on an amazing championship! #GoHoos https://t.co/k500B5txbg

Find photos from the title match at VirginiaSports.com.

Navarro is the second player in UVA women’s tennis program history to win the NCAA singles championship, joining Danielle Collins, who did so in 2014 and 2016.

Navarro was also a semifinalist in the doubles tournament, the only player in the field this year to make the semifinals in both championships. She and her partner, Rosie Johanson, are the first players in program history to advance that far in doubles.

Navarro is the first freshman to win an NCAA singles championship since Mallory Cecil of Duke in 2009. She is the eighth player to win it in her rookie season.

“I think what’s so special about winning this is the team of girls and coaches that have been behind me this whole season,” Navarro told VirginiaSports.com. “It makes it really special, having them out there supporting me, and they’ve been with me every step of the way. So, to do it for them is really cool.”

What Is the ‘4th Side’? END_OF_DOCUMENT_TOKEN_TO_BE_REPLACED